It’s official, you guys — Joel Courtney is a married man! That’s right, the Kissing Booth star announced via Instagram on Wednesday, September 30 that he had tied the knot with his longtime girlfriend, Mia Scholink, and we couldn’t be more excited for them!

“Love, honor and cherish,” he captioned some gorgeous shots from their wedding.

She posted the same pics to her own account, adding, “MARRIED MY BEST FRIEND.”

But wait, what was the ceremony like, you ask? Where did it take place? Which of their celebrity friends were there? What about her dress? What were their outfits like? Who even is Scholink? How did they meet? And how long have they been together? Not to worry, people, because we broke down their entire relationship from start to finish for you, including their fairytale-like wedding. Here’s what you need to know… 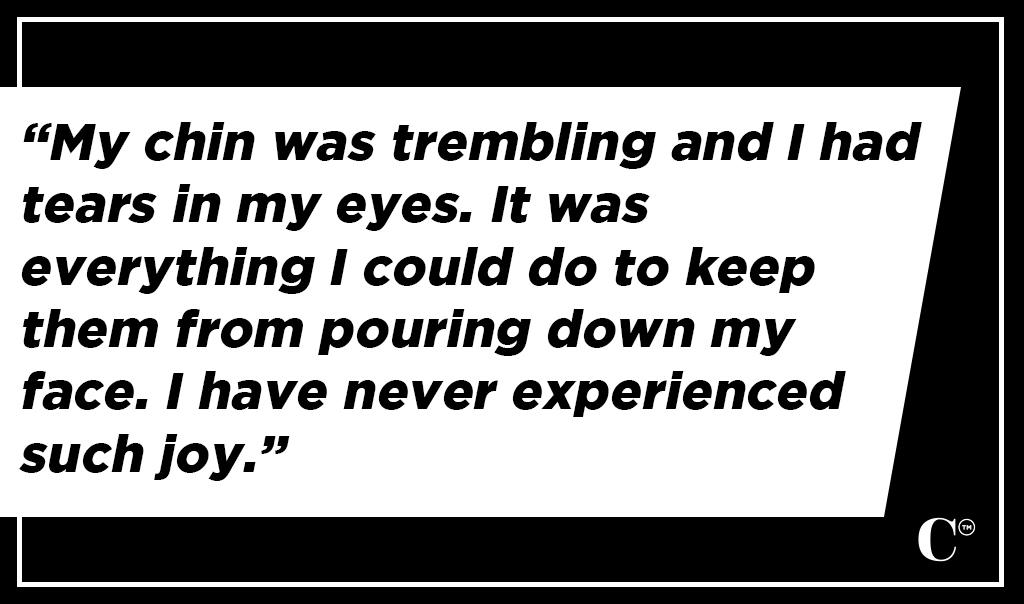 According to People Magazine, the couple exchanged their vows on September 27, 2020, in Phoenix, AZ, surrounded by their close friends and family.

″I am just so thrilled to be married,″ the actor told them. ″It’s one of those things where as much planning and as much anticipation goes into the day, I’m so excited to be married to my best friend.”

As for their favorite moments from throughout the evening, Courtney said seeing his wife walk down the aisle was a magical moment for him.

″No question, watching Mia walk down the aisle. I was a mess,″ the Netflix star gushed. ″My chin was trembling and I had tears in my eyes. It was everything I could do to keep them from pouring down my face. I have never experienced such joy.″

As for Scholink, she had a similar reaction to seeing her beau.

“Walking down the aisle was such a special moment, with everyone we know standing there and then once I saw Joel I thought, ‘Everything’s OK.’ All the stress was gone, I felt super calm,” she recalled. “Also our first look I think was one of my favorite things in the entire world, because we hadn’t seen each other since the rehearsal dinner the night before and we wrote each other letters. Also because he hadn’t seen the dress, he didn’t know anything about it.″

The Super 8 alum added, ″She wouldn’t even tell me what her hair was going to look like or her makeup. I didn’t know anything about the dress other than it was maybe white. I would just include that Mia was the most beautiful bride in the universe. In all of time and history, or the future.” Our hearts!

How Did They Keep Their Guests Safe Amid The Coronavirus Pandemic? 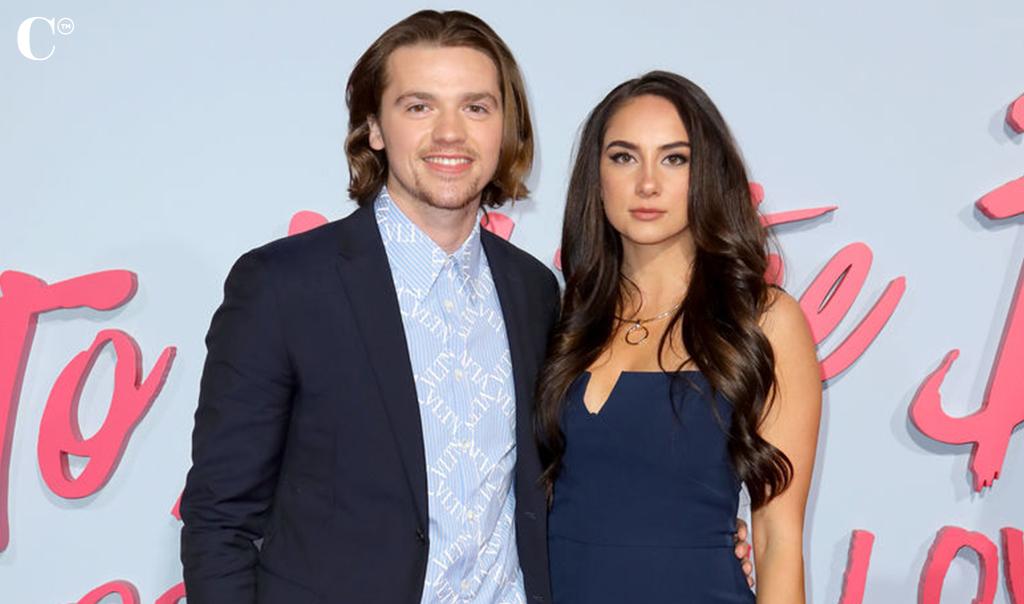 The couple assured fans that everyone at their wedding practiced strict social distancing.

″We socially-distanced everybody. Masks were encouraged and worn, and temperatures were checked at the door,″ Courtney explained. ″We left it up to our guests to decide their level of comfort, if they wanted to interact and talk to people, we asked that they just be wise/mindful, respect that some people might want to keep their distance and not interact.″

Because of the virus, some people couldn’t make it, and Scholink admitted that although it was hard for them, it made the event more intimate.

″It was sad not having some people there but during these times, it was totally understandable,” she said. “It was so intimate, it was all close family and friends which kept it amazing, seeing everyone close to you together.″

How Did Courtney And Scholink Meet? 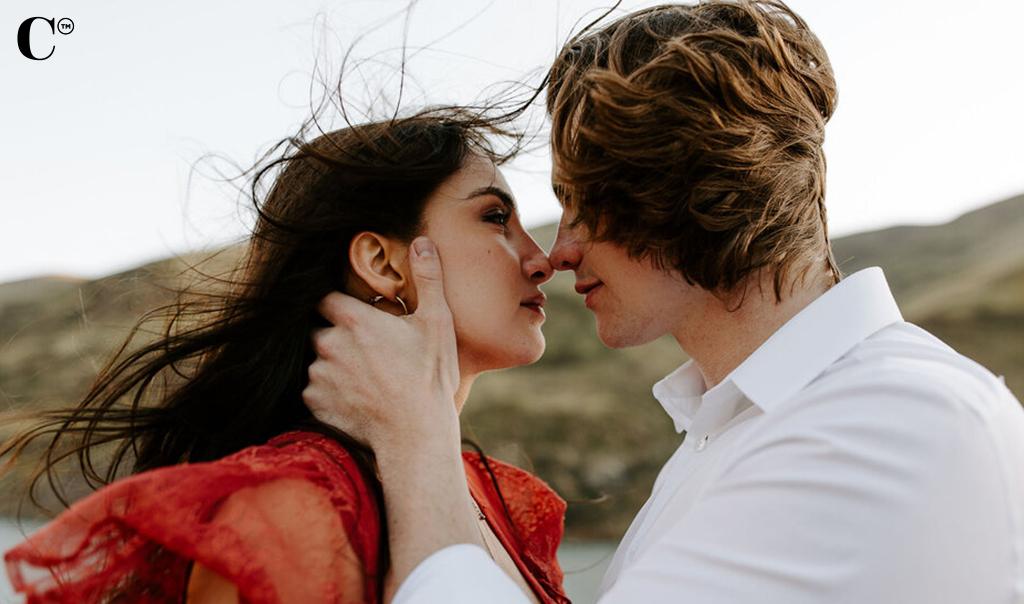 It turns out, these two knew each other since they were toddlers! How cute is that?!

“My parents knew Mia’s parents before either one of us were born,” Courtney explained to People. “My dad did some web development work for her dad’s business, and they met through church and by the time Mia and I were born, we hung out for three or four years running around in diapers and play dates — not just us, but our siblings. There are multiple photos where all five of the Scholink kids and all four of the Courtney kids are sitting around a table eating sandwiches and we’re all under the age of 14. It was so cool.”

When Did They Start Dating?

I like it, so I just had to go and put a ring on it #valentinesday #proposal #shesnotmygirlfriend #shesmyfiancé #engaged #overthemoon #cloud9 #beyondblessed and #sothankful – @visuals_bykev Stay tuned! Sooooooo much more to come!!!

He continued, ″We reconnected in 2015 and started dating in 2017. We dated for a year and we broke up for a little bit of time and then started dating again in 2019 and it moved really quickly after that.″

Scholink told the outlet that there ″was a clear sign″ for both of them at that point that they were meant to be.

″I knew she was the one,″ Courtney added.

They got engaged in February 2020, with the 24-year-old gushing on Instagram at the time, “I like it, so I just had to go and put a ring on it. Stay tuned! Sooooooo much more to come!”

Scholink is a Beauty Counter consultant/entrepreneur. She attended Arizone State college and according to her Instagram, she’s a travel enthusiast.

What Are Their Honeymoon Plans? 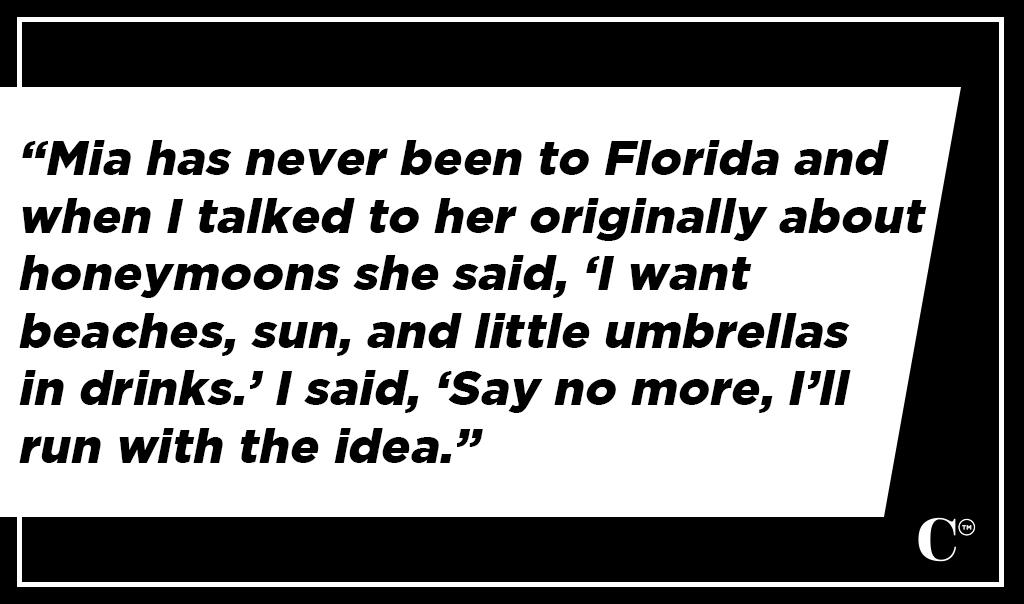 The outbreak is not going to stop them from celebrating their love! Get this — the couple revealed to People that they’re headed to the Florida Keys for their honeymoon.

“Neither one of us have been,″ Courtney told the outlet. ″Mia has never been to Florida and when I talked to her originally about honeymoons she said, ‘I want beaches, sun, and little umbrellas in drinks.’ I said, ‘Say no more, I’ll run with the idea.’ So yeah, we’re going to be down in the Florida Keys. I’m really excited. That’s a different kind of warmth and heat, I love the ocean air.″

″Yeah! I just want to relax,″ Scholink added. ″And we both love the beach.″ Congrats to the newlyweds!