Golfer John Daly is a two-time major champion, and household name in golfing. He recently revealed his struggles with a 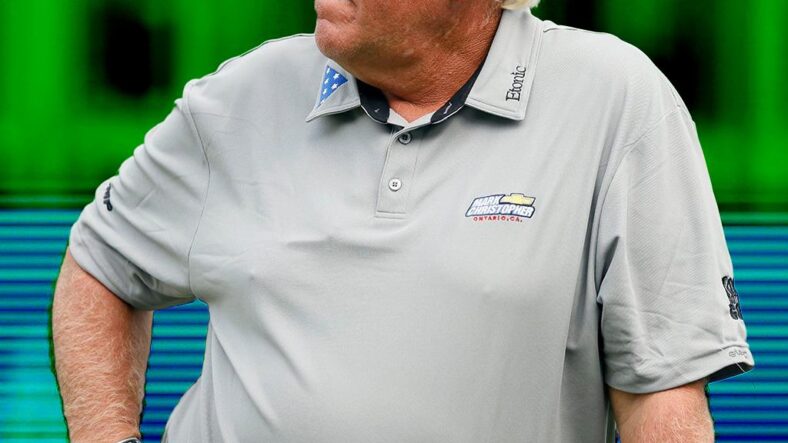 Golfer John Daly is a two-time major champion, and household name in golfing. He recently revealed his struggles with a bladder cancer diagnosis. Daly discussed how the cancer was found, treatments he’s gone through, and expected prognosis.

Who is John Daly?

Daly was born April 28, 1966, in Carmichael, California. Born to a middle-class family, Daly moved often as a child and live in several southern states. Daly began playing golf at age 5 once the family moved to Arkansas. The young golfer won his first championship at 13, and became a Missouri state champion golfer in high school. Daly also had moves on the football field, and lettered in both golf and football before graduating. The California native attended the University of Arkansas on a golf scholarship, and qualified for the U.S. open in 1986.

Daly has struggled over the years with alcohol abuse, obesity, and gambling. In recent years, however, Daly had worked on improving his health, abstaining from alcohol and maintaining a healthy weight. Daly has won two major championships and several other noteworthy tournaments, cementing himself as a serious contender. Yahoo! Sports sums up his career, “Daly won five times during his PGA Tour career, including the 1991 PGA Championship and 1995 Open, and added a PGA Tour Champions win in 2017. He has battled health issues throughout his career, including a high-profile battle with alcohol. Daly suffered an on-course collapse during a Champions event in 2015 and recently has petitioned the USGA, R&A and PGA of America for use of a cart in various tournaments because of an arthritic knee condition.” 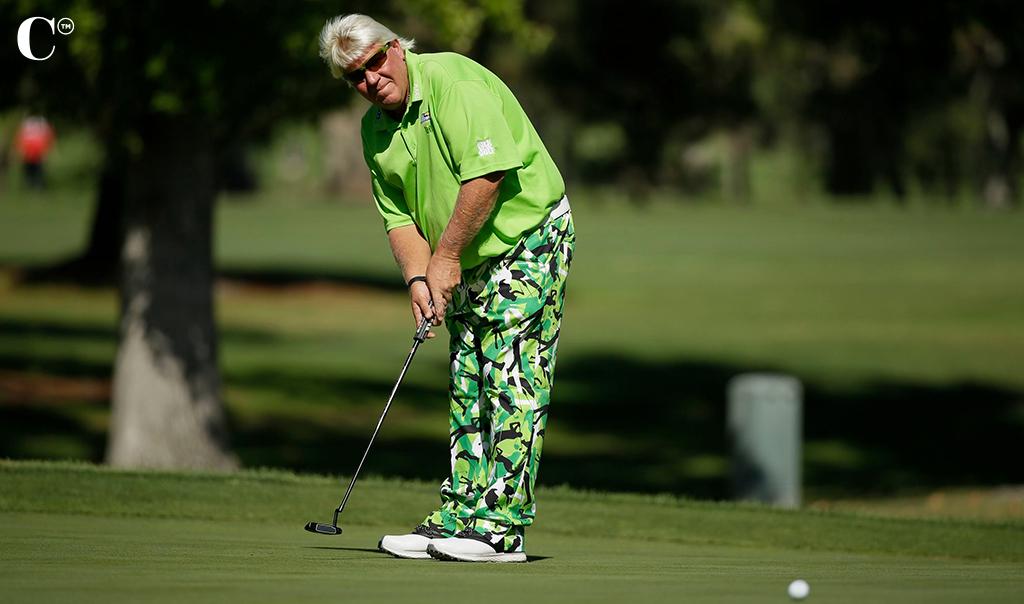 What was Daly’s diagnosis, and how was it discovered?

Daly revealed that in recent weeks, he has been suffering from symptoms of kidney stones and back pain. However, once the stones had passed, pain and symptoms remained. Daly’s urologist looked on a recent scan and no stones were visible, but Yahoo! reports that Daly says, “‘(The urologist said) it doesn’t look like any stones are in there. But unfortunately, you have bladder cancer,’ Daly said. ‘After I did the CT (scan) I was fixing to sip on my Diet Coke and he said, ‘Don’t drink anything. We have to get you back in here and get this cancer out of you.’”

What treatments has Daly received, and what is his prognosis?

Yahoo! goes on to explain, “Daly subsequently underwent a procedure to remove the cancer, one that was deemed successful. But he shared that there is a strong possibility of recurrence with his form of cancer, which will require regular checkups in the near future. 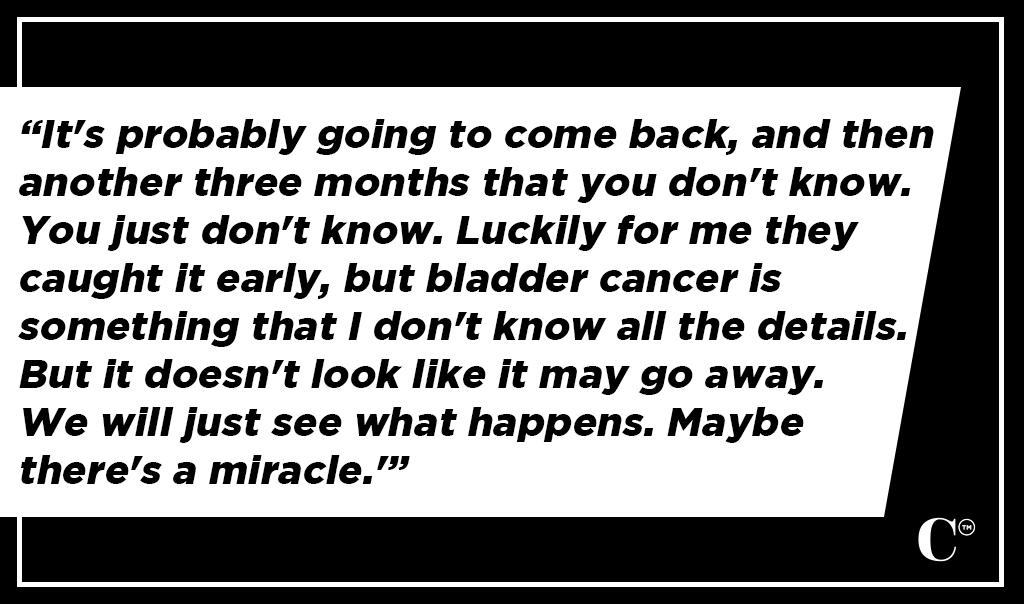 ‘He said there’s an 85 percent chance it comes back. So I’ve got to go back and see him in three months. They will probably have to cut it out again,’ he said. ‘It’s probably going to come back, and then another three months that you don’t know. You just don’t know. Luckily for me they caught it early, but bladder cancer is something that I don’t know all the details. But it doesn’t look like it may go away. We will just see what happens. Maybe there’s a miracle.’”

In a tweet, Daly thanked his fans for their well-wishes and promised to keep fighting, “Hey All, thank you all so much for all the love, texts, msgs & support thru this! It’s all still shocking for me but know I’ll do what I have in me to beat this! My whole life I’ve beaten the odds, so it’s NOT time to stop now! Ready for 2020 to be fkn over! #gripitandripityall.”

What’s next for the golfer? 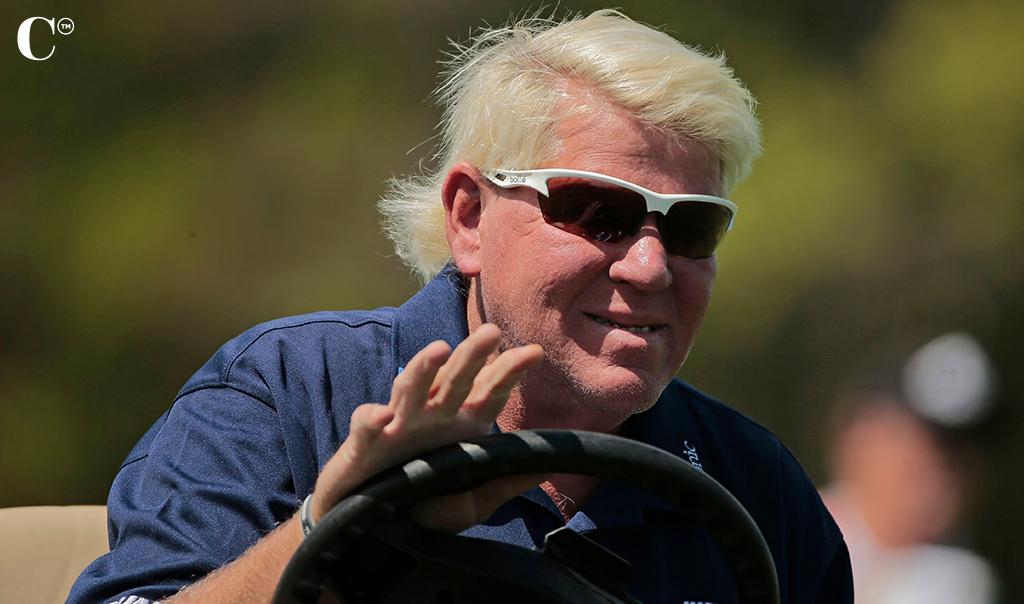 With a treatment plan in hand and a positive outlook, all Daly can do is stay healthy and hope. With an 85% chance of recurrence, bladder cancer can be an insidious and long-term battle. With any luck, Daly will fall into that 15%. Yahoo! shares Daly’s determined outlook, “‘Well you know what, I always tell people I’ve lived one hell of a life. No matter what happens, I’m not scared to die or anything,’ Daly said. ‘It would have been nice to play the last seven or eight or 13 years of my career a little more healthy. But hey, I’m still working, I’m still living life, I’m still doing the things I need to do. … I can accept the challenge. I’m not scared of that. I just want my kids to be OK and everyone else in my family.’”