How Scandalous: Johnny Depp is Dating a Lawyer from His 2020 Libel Trial

Very famous actor, Johnny Depp, is in a serious relationship with his wealthy London-based lawyer who was seen representing him 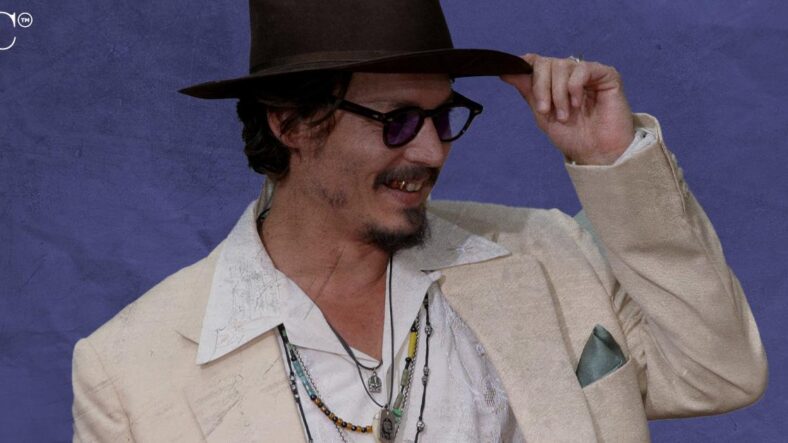 Very famous actor, Johnny Depp, is in a serious relationship with his wealthy London-based lawyer who was seen representing him in a very serious court battle.

The star is said to be dating, Joelle Rich, who is 37 years old, who is also known to be a partner in the international law firm, Schillings, whose clients also include Prince Harry and his wife Meghan Markle.

Those close to the couple say it's serious.

A Strange Way to Meet

Joelle is a mother or two and has said to be separated from her ex-husband Jonathan Rich and they are in the middle of getting a divorce, so sources say.

A source told USWeekly that they are something serious. Depp is 59 years old and is still working even though he has faced some crazy battles in the last couple of years.

The source told the magazine: "Their chemistry is off the charts." The insider added, "It's serious between them. They are the real deal."

Rich represented Depp in a battle against The Sun (UK) at London’s High Court back in July 2020 after the newspaper branded and called him a wife beater in one of their articles. Depp lost his battle after a High Court judge, sitting without a jury, ruled that Amber Heard's evidence of abuse she suffered was "substantially true."

Rich was not seen as part of Depp’s legal team at the time but was there to provide support and to study the case.

The Path From the Court Room to Johnny’s Heart

Rich went to Birmingham University in 2003, where she studied law and is thought to have met her future husband Jonathan Rich. She further then joined legal qualification while making her way up the ladder. Rich joined leading privacy and reputation management lawyers Schillings in 2011 around a month after she married her husband Jonathan at a wedding in Tuscany, Italy. he was eventually promoted to partner of the law firm which represents the likes of the Duke and Duchess of Sussex and actress Emma Watson. It is believed that she earns more than £250,000 a year.

She was known to work to defend her clients reputations that choose to hire her and have her on their team. She then also focuses on protecting her clients privacy above anything else. Certainly a quality prized by the publicity-weary Depp.

Rich spoke out for Depp last year in March after he was denied permission to appeal his case in the UK. She told Deadline at the time that she "seriously questioned" the UK judge's decision, adding that Depp was looking forward to "presenting the complete, irrefutable evidence of the truth in the U.S. libel case against Ms. Heard where she will have to provide full disclosure’.

In recent months, Depp sued Amber Heard, who is 36 years old, in the state of Virginia over an op-ed she wrote back in 2018 published in The Washington Post as she also claimed to be a victim of domestic violence and abuse.

Through a tedious trial, the jury ruled in his favor and she was ordered to pay him a little bit over $10,000,000. She was also awarded $2,000,000 in compensatory damages after the jury found out that one of Depp’s lawyers made a defamatory statement about her.

Because of this trial and all of the accusations, Depp claimed to have lost many opportunities with other job offers to be in multiple movies along the way.

After the trial ended, he is enjoying a career resurgence.