JoJo Fletcher: Filling in for Chris Harrison was ‘Crazy and Dramatic’!

In August, news broke that Bachelorette host Chris Harrison was being replaced. However, it was to be a temporary replacement. 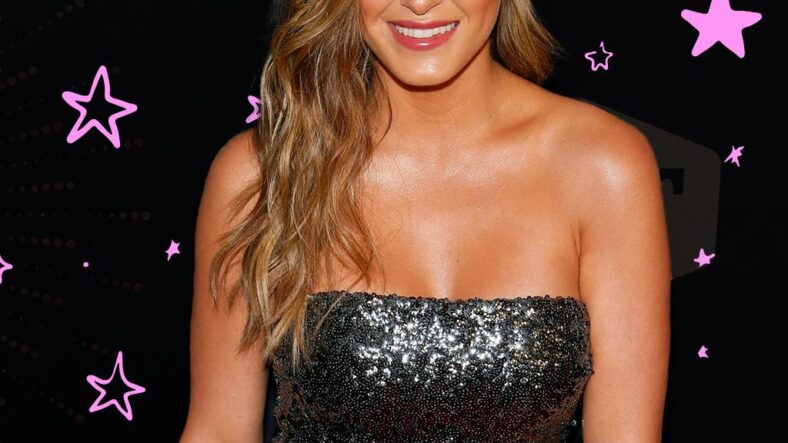 In August, news broke that Bachelorette host Chris Harrison was being replaced. However, it was to be a temporary replacement. Harrison had broken quarantine on the set and was require to restart a 2-week isolation period, during which a replacement stepped in to cover for him. That replacement was revealed as none other than JoJo Fletcher, beloved Bachelorette alum and future Mrs. Jordan Rodgers.

Why Was Chris Harrison Replaced?

In August, Harrison made the decision to leave the set to drop his son off at college. A moment of pride and joy, Harrison was floored when he returned to the news that he would have to miss 14 days of filming and several episodes. This was due to breaking quarantine instituted to keep everyone on set safe from the COVID-19 pandemic.

In an earlier article, CELEB explored the facts behind Harrison’s replacement; “In order to keep their contestants and crew safe, the producers of The Bachelorette season 16 required everyone on set to go through a 14-day quarantine period prior to filming. They also required that people respect the quarantine and refrain from outside contacts for the duration of filming. This would ensure that they had the smallest chance possible of bringing COVID-19 on set and endangering lives. Harrison, apparently, did not realize that a single day’s decision to engage in a parent’s milestone would result in him losing weeks of work time.”

Why Was JoJo Fletcher Chosen to Replace Harrison? 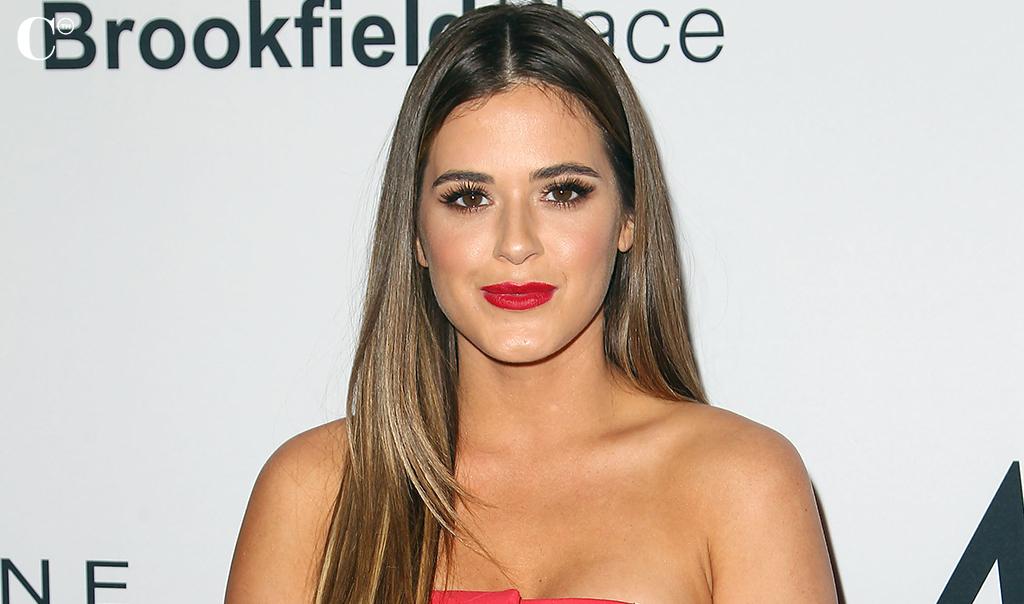 Most likely, Fletcher was chosen due to her popularity and availability. Fletcher is a fan favorite. Fans of the series took to Fletcher because of her open, friendly, and likable personality after she finished as the runner-up in BachelorBen Higgins‘ season. When it was announced that Fletcher would have her own shot on the Bachelorette, fans rejoiced.

On season 12 of the Bachelorette, Fletcher found love with contestant Jordan Rodgers. The pair is still together today, and are working to re-plan their wedding after the pandemic forced them to postpone it. 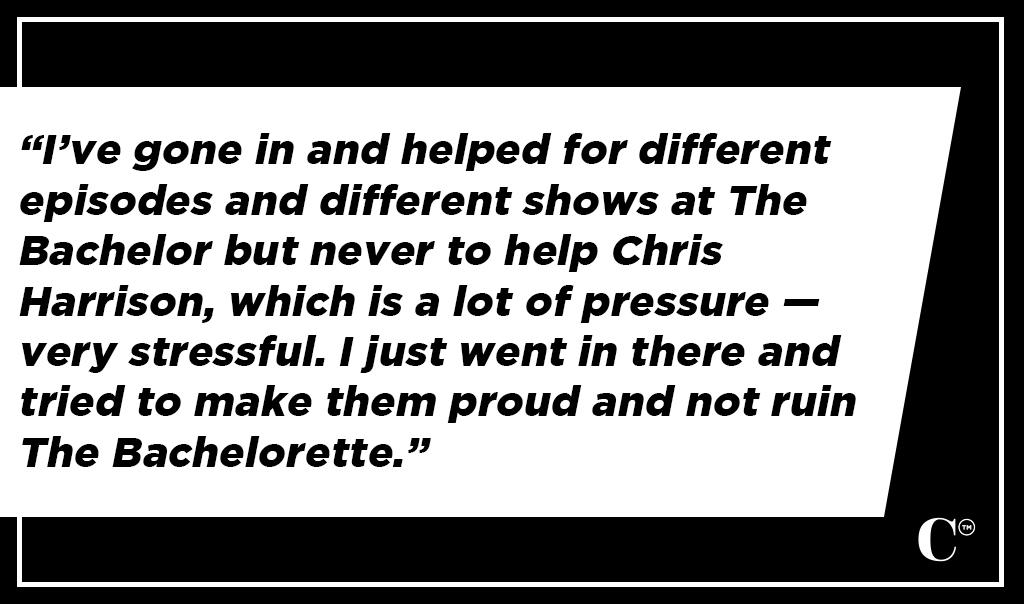 Fletcher spoke to UsWeekly about her experience as the Bachelorette host, saying, “The episodes that I was a part of, I can tell you, are going to be very good. This whole season is going to be very crazy and dramatic. I’m sure everyone’s heard of it before, but it really will be! And it was fun.”

Fletcher continued, “I’ve gone in and helped for different episodes and different shows at The Bachelor but never to help Chris Harrison, which is a lot of pressure — very stressful. I just went in there and tried to make them proud and not ruin The Bachelorette. … I was never going to go in there and try to be Chris. I was going to try and help him out. And you know, do as best as I can. But I was definitely nervous. I don’t know why, like, Chris is the greatest of all time. So yeah, it was stressful, but a lot of fun.”

The season Fletcher stepped in to help with was supposed to be BacheloretteClare Crawley‘s season. Crawley, however, fell in love almost as soon as filming started and was replaced with Tayshia Adams.

Fletcher Has a Wedding To Look Forward To 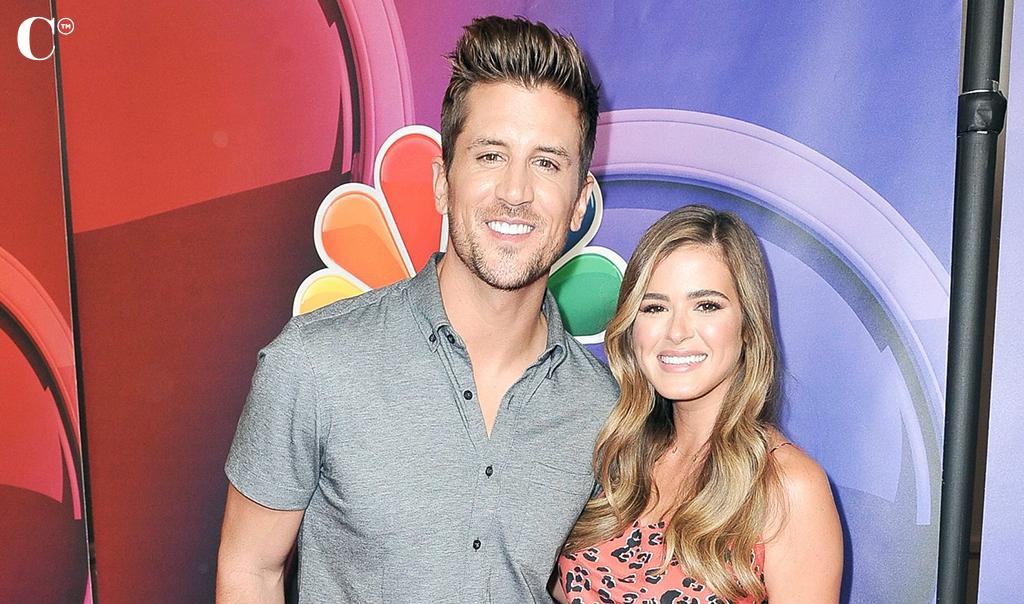 Fletcher’s exciting year doesn’t stop at being temporary Bachelorette host. The Bachelorette alum and fiancé Rodgers were supposed to tie the knot this past June. However, due to COVID-19, they had to reschedule. But a postponed wedding date means more fun planning, so Fletcher will be staying busy. But now Fletcher can add the rare, “Bachelorette host,” tag to her resume, an honor reserved for few.