JoJo Siwa Speaks Out About ‘Inappropriate’ And ‘Gross’ Board Game Controversy

Nickelodeon star JoJo Siwa has spoken out about her recent card game controversy, and she called the game “inappropriate” and 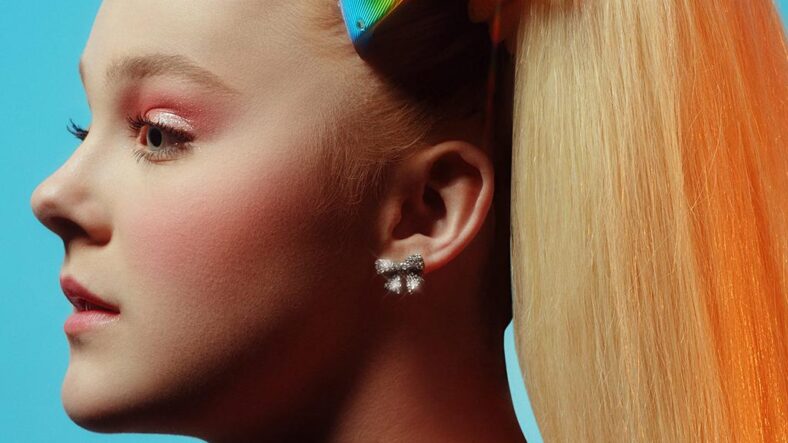 Nickelodeon star JoJo Siwa has spoken out about her recent card game controversy, and she called the game “inappropriate” and “gross.”

For those who missed it, the singer released a game called “JoJo’s Juice” back in 2018, and it’s intended for people who are 6 and up. The game, which is similar to Truth or Date, was available at places like Walmart and Amazon for around $20. But when some fans started to share some “inappropriate” questions that involved kissing, being naked, stealing, twerking and more, they started to slam it online. Now, Siwa has addressed the controversy, and she said that she had no idea those dares were being printed.

What Was Wrong With The Game?

It all started when a TikTok user named Heather Watson posted a video that showed some of the truths and dares that were in the game. One of them said, “Have you ever walked in on someone naked or had someone walk in on you? Another read, “Have you ever taken money from someone’s purse. or wallet without asking?” A third question read, “Have you ever been arrested?” And one final card said, “Who in this room would you most like to date?”

Quickly, fans started reposting screenshots from her video on Twitter and calling Siwa out for the inappropriate cards.

“Very inappropriate game for kids, rated for [six] and up but asks questions about you being naked and everything else. Wouldn’t recommend this game for any child of any age!” one reviewer wrote about the game. Another added, “My daughter received this for Christmas. It is inappropriate and grossly underaged. My daughter loves her JoJo bows but this game is going missing.”

What Did JoJo Siwa Say About It? 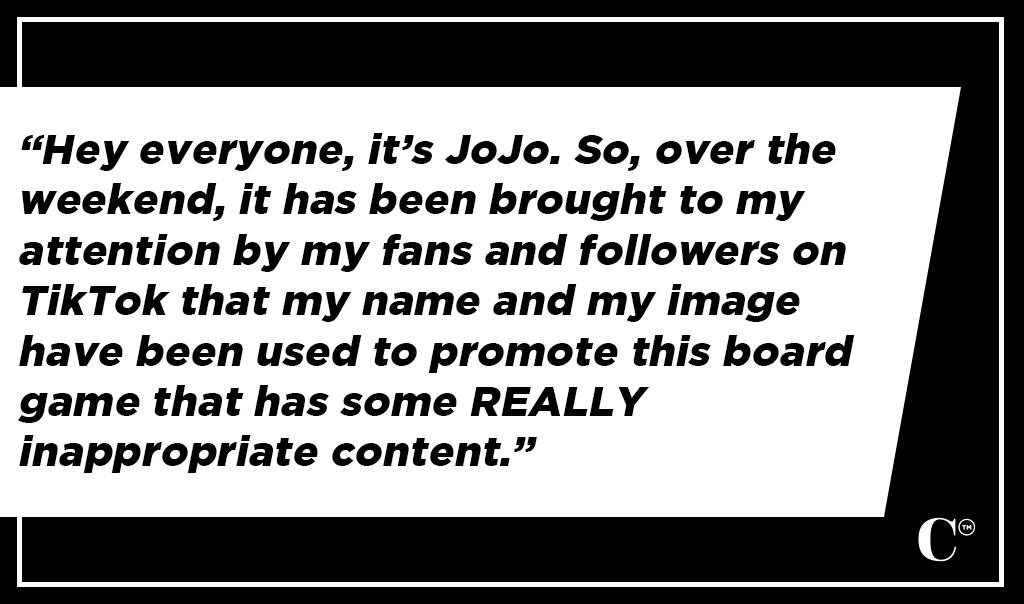 After she caught wind of what was going on, the “D.R.E.A.M.” songstress addressed the situation once and for all.

“Hey everyone, it’s JoJo. So, over the weekend, it has been brought to my attention by my fans and followers on TikTok that my name and my image have been used to promote this board game that has some REALLY inappropriate content,” she said in a video posted to her Instagram account. “When companies make these games, they don’t run every aspect by me. I had no idea of the types of questions that were on these playing cards.”

Siwa also explained that the game was being pulled from all shelves and won’t be made any more. The blonde beauty continued, “When I first saw this, I was really, really, really upset at how gross these questions were. I brought it to Nickelodeon’s attention immediately. Since then, they have been working to get this game stopped being made, and also pulled from all shelves wherever it’s being sold. I hope you all know that I would have never ever ever approved or agreed to be associated with this game if I would have seen these cards before they started selling it. I love you all so much. Thank you for bringing this to my attention so that way I could put a stop to it and I could get it fixed immediately. I love you all so much and I hope you have an awesome 2021.”

What Did The Manufacturer Say About It? 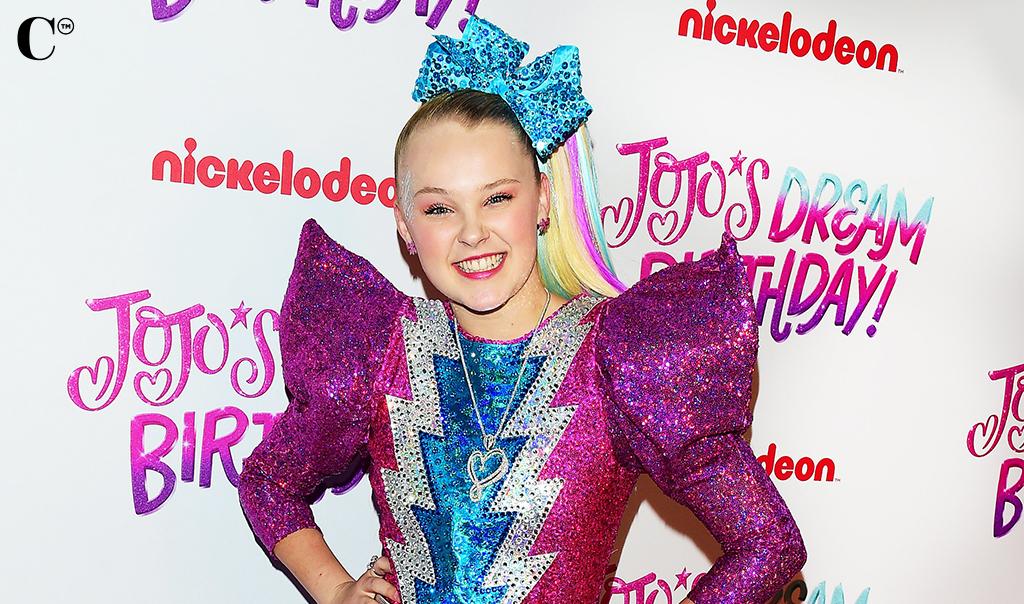 “We respect and value the relationship JoJo Siwa has with her fans and take the concerns raised regarding the game ‘JoJo’s Juice’ very seriously,” they said in a statement to Insider. “This game is no longer being manufactured and we have requested that retailers pull any remaining product from their shelves.”

It turns out, this isn’t the first time the young star has been surrounded by controversy. Back in June 2020, some people accused Siwa of using “blackface” in the music video for her song “Nonstop.” For those who missed it, the visual featured an 11-year-old dancer in with dark makeup all over her face, portraying a monkey. But Siwa claimed she had no bad intentions behind it.

“I would like to address the music video that we shot for ‘Nonstop’ in February. We’re talking about kids dressing up as circus animals! No one in my video is wearing blackface,” she wrote on Instagram. “It’s awful that anyone’s mind would even go there. Kids dressing in animal costumes, having their faces painted to look like animals, acting the part. There were zebras, tigers, dogs, clowns, mermaids, everything.”

She also addressed her haters a few hours later in another post.

“This is my Instagram and anyone who is going to be mean is NOT going to be allowed on here. People are bossing me around, telling me who to follow, what to post, what to like, what to say, what to do, everything. It’s not about what you do on social media it’s about what you do in real life,” she added. “I said it best when I was 12, ‘Hide behind the screen cause their just so mean. but we don’t play it like that, we don’t even fight back.’ And now this is for everyone who is being kind right now… Thank you! I really do see your posts, I really do read your captions and I really do appreciate them. More than you know. Also side note… People went to my DOGS Instagram. My DOG. To hate on me. Iconic!”