Following his super public love triangle with Olivia Rodrigo and Sabrina Carpenter, Joshua Bassett has seemingly come out. Yep, while

Following his super public love triangle with Olivia Rodrigo and Sabrina Carpenter, Joshua Bassett has seemingly come out. Yep, while discussing his love for Harry Styles, the Disney star decided to open up about his sexuality, and fans are so proud of him.

What Did Joshua Bassett Say About His Sexuality? 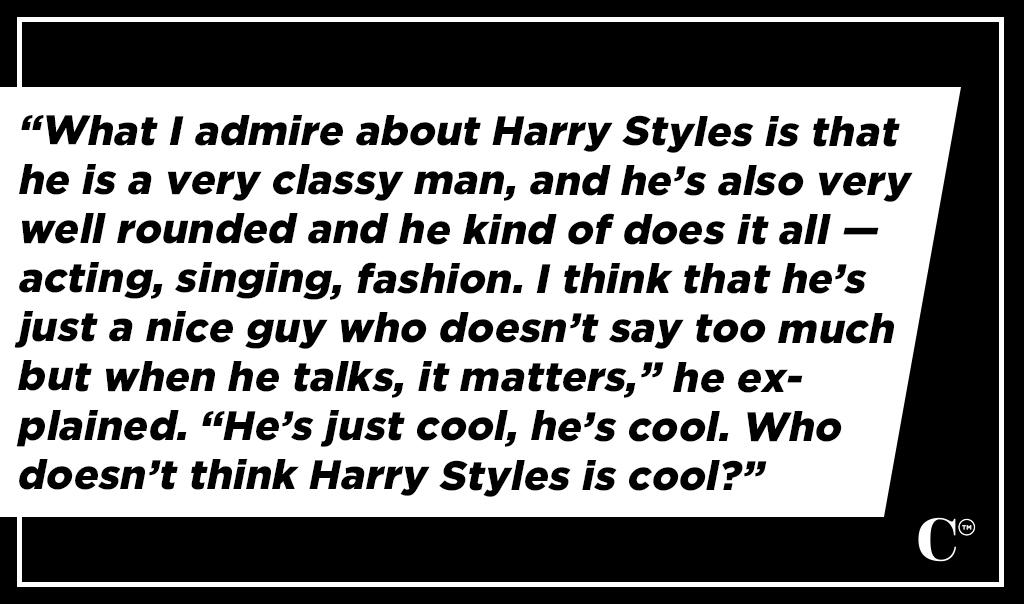 “What I admire about Harry Styles is that he is a very classy man, and he’s also very well rounded and he kind of does it all — acting, singing, fashion. I think that he’s just a nice guy who doesn’t say too much but when he talks, it matters,” he explained. “He’s just cool, he’s cool. Who doesn’t think Harry Styles is cool?”

The High School Musical: The Musical: The Series actor continued, “Also he’s hot, you know. He’s very charming too. Lots of things. I guess this also my coming out video, I guess, uh…”

joshua bassett having a gay panic about harry and then saying that’s his coming out video it’s a whole mood pic.twitter.com/hjpzEgjESB

He also said he’s ready to collab with the One Direction member, and we’re so here for this.

“Why don’t you ask Harry that! I’m just kidding, I haven’t been responding to his calls. I should probably get back to him. He just keeps asking me to do an album, and I’m like, ‘Dude, let’s just do one song and then we can worry about the album. Calm down,’” he joked, when asked if he was going to make music with Styles. “Anyway, one day. One day soon, let’s manifest it, let’s make it happen.”

He even posted a video of himself trying to kiss one of his male friends to Instagram a few days before, while teasing the music video for his song “Feel Something.”

Now, some people are convinced that he was only joking around, while others think that this is proof that Bassett is bisexual. Hopefully he clears the air soon!

What Happened Between Him And Olivia Rodrigo? 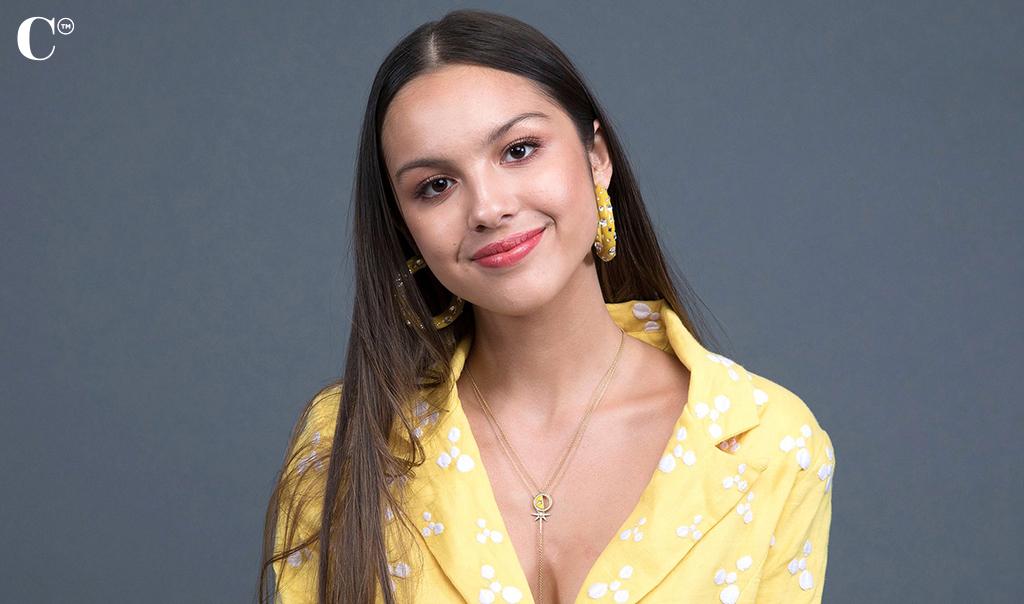 For those who missed it, the two stars met on set of HSMTMTS, and back when they were filming the show in 2019, fans started to notice that they were hanging out a lot when the cameras stopped rolling. They posted a bunch of cute pics together on social media, and naturally, rumors started to spread that they had started dating. They never actually spoke out about the relationship while they were together, but fans started to speculate that they had split in the summer of 2020, when Rodrigo posted a video of herself listening to a song that they had written together for the show and wrote, “You think you can hurt my feelings? I wrote this song.”

Just a few weeks later, Bassett was spotted hanging out with Carpenter (they were photographed getting lunch together), so it appeared that he had moved on. They were also spotted kissing during a Black Lives Matter protest a few weeks later, and in October 2020, they even more coordinated Halloween costumes.

Then, when Rodrigo released her debut single “Drivers License” in January 2020, everyone thought that the track was inspired by Bassett, and boy, were the lyrics shady. In the tune, Rodrigo sang about a “blonde girl” who was older than her, seemingly referring to Bassett’s new relationship with Carpenter (who is four years older than her).

“I got my driver’s license last week / Just like we always talked about / ‘Cause you were so excited for me / To finally drive up to your house / But today I drove through the suburbs / Crying ’cause you weren’t around,” the lyrics read. “And you’re probably with that blonde girl / Who always made me doubt / She’s so much older than me / She’s everything I’m insecure about / Yeah, today I drove through the suburbs / ‘Cause how could I ever love someone else?”

She also referenced a song that the guy wrote for her, which is further proof that it’s about Bassett. For those who forgot, he wrote a few songs that were rumored to be about Rodrigo throughout their relationship, including his 2020 hit “Anyone Else.”

“And I know we weren’t perfect but I’ve never felt this way for no one / And I just can’t imagine how you could be so OK now that I’m gone / Guess you didn’t mean what you wrote in that song about me / ‘Cause you said forever now I drive alone past your street,” Rodrigo sings. “Red lights / Stop signs / I still see your face / In the white cars / Front yards / Can’t drive past the places / We used to go to / ‘Cause I still f**king love you, babe.”

To add fuel to the fire, during one part of the music video for “Drivers License,” a clip of someone grabbing Rodrigo’s face quickly flashes across the screen, and many people are convinced that it’s Bassett’s hand. Oh, and did we mention that he owns a white car?! When asked about who inspired the emotional track, however, Rodrigo didn’t confirm or deny that it was about Bassett. She told Billboard, “I totally understand people’s curiosity with the specifics of who the song’s about and what it’s about, but to me, that’s really the least important part of the song. It’s resonating with people because of how emotional it is, and I think everything else is not important. To see it do really well — to have this really painful moment in my life, and turn it into something beautiful that can maybe help people through a tough time that they’re having, like I was having a tough time — it’s just so empowering. I feel grateful that I got to do that.”

It appeared that Rodrigo’s song “Déjà Vu” was also about the situation, since it’s all about seeing your ex with a new girl. In the track, Rodrigo sang, “So when you gonna tell her / That we did that too? / She thinks it’s special / But it’s all reused / That was our place, I found it first / I made the jokes you tell to her when she’s with you / Do you get déjà vu when she’s with you?”

What Did Sabrina Carpenter Say About The Situation? 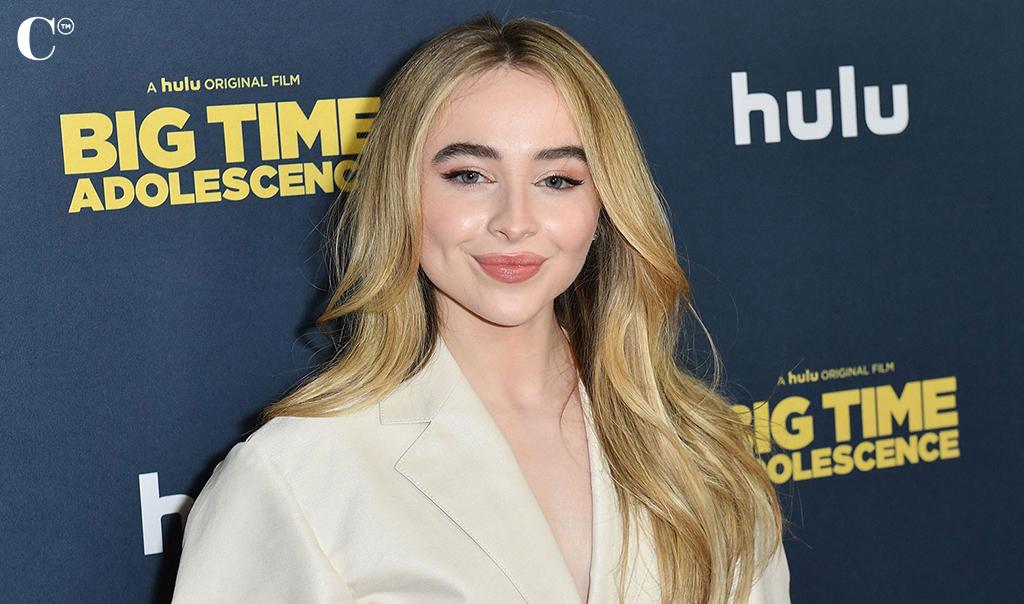 And the drama didn’t end there. Carpenter seemed to respond with a song of her own, called “Skin,” which is all about someone who likes the same guy as her. Not only did she mention that “blonde girl” line from “Drivers License,” but she also seemed to include a few digs directed towards Rodrigo.

“Maybe we could’ve been friends / If I met you in another life / Maybe then we could pretend / There’s no gravity in the words we write / Maybe you didn’t mean it / Maybe blonde was the only rhyme / The only rhyme,” the lyrics read. “Want my heart to be breaking, breaking, no / I’m happy and you hate it, hate it, oh / And I’m not asking you to let it go / But you been telling your side / So I’ll be telling mine, oh / You can try / To get under my, under my, under my skin / While he’s on mine / Yeah, all on my, all on my all, on my skin / I wish you knew that even you / Can’t get under my skin / If I don’t let you in.”

But Carpenter insisted that the song wasn’t inspired by one event in particular. She wrote on Instagram, “I wasn’t bothered by a few lines in a (magnificent) song and wrote a diss track about it. I was at a tipping point in my life for countless reasons. So I was inspired to do what I usually do to cope — write something that I wish I could have told myself in the past. People can only get to you if you give them the power to, and a lot of people were trying to get to me. The song isn’t calling out one single person. Some lines address a specific situation, while other lines address plenty of other experiences I’ve had this past year… It also shows that many things have actually gotten under my skin… And I’m still learning to not give other people so much power over my feelings. I know a lot of you struggle with the same thing. I don’t want this to become an endless cycle so please don’t take this as an opportunity to send more hate anyone’s way. Lots of love to you all. Thanks for letting me grow.”

Well, whether the songs are about him or not, Bassett made sure to show his support for both of the songs. Yep, he shared Rodrigo’s Instagram post about hers to his Stories, and added, “‘Drivers License’ is out now! Such a great song. Congrats @Olivia.Rodrigo.” Then, he promoted “Skin” on his Stories too!

“Been stuck in my head since I heard it!” he wrote.