On Saturday, news of a car wreck spread like a wildfire across a Facebook public community page that highlights classic 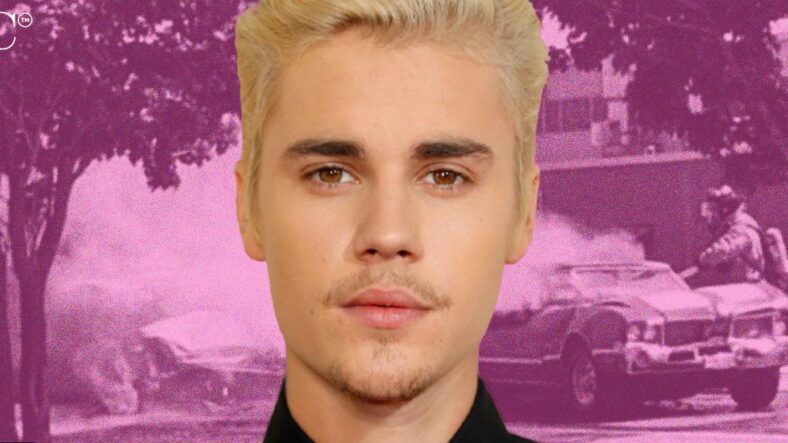 On Saturday, news of a car wreck spread like a wildfire across a Facebook public community page that highlights classic cars and expos in and around the Canadian region of Stratford, within Ontario. The post included a photo of the aftermath (from who seems to be the administrator of the page) asking if anyone could identify who the classic car belonged to.

Turns out, Justin Bieber has family ties in the region of Canada and two of the people involved are in fact related to him.

A Scary and Near Fatal Accident 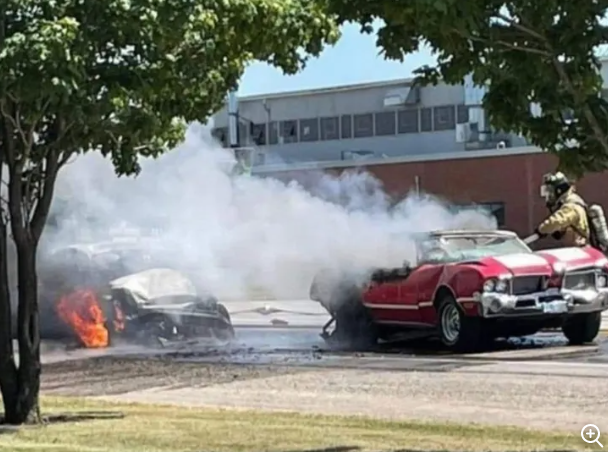 Brandon Steven, who appears to be related to Bieber, came forward claiming that he was in the accident shown on the Facebook page. He shared that Kathy Bieber is the owner of the classic convertible and that she was inside as well during the time of the crash. 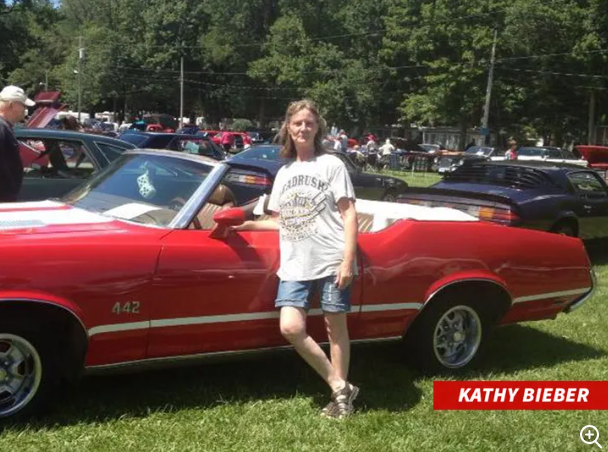 When users asked Brandon what happened he replied, "we were at a dead stop as a car was turning left a couple cars in front of us. Then a distracted driver rear ended us they say she had to be doing 70." He continued, "Wasn't good has to pull my grandmother our of car. could have been very bad if we were in there for even another 5 seconds as the doors were binded shut." 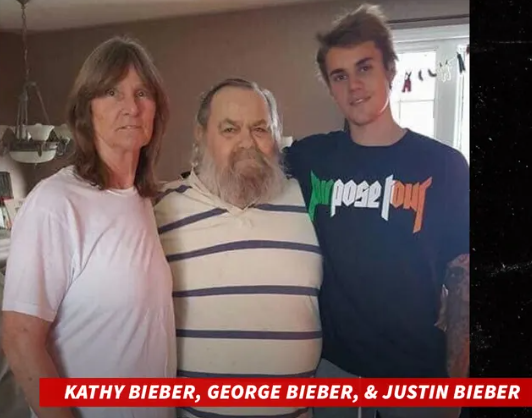 Kathy Bieber is married to George Bieber who is the biological father of Justin's dad, Jeremy Bieber. However Kathy, is Jeremy's step-mother, making her Justin's step-grandmother.

A Stressful Year For The Biebers

Justin and his wife, Hailey Bieber, have been living out quite the year so far. Justin faced some health issues recently, forcing him to cancel shows along his world tour. And, Hailey has also shared frightening experiences, one thing being a hole in her heart.

After being diagnosed with Ramsay Hunt Syndrome, a virus that has left Justin with a form of facial paralysis, he had no choice but to reschedule shows along his tour.

Still in recovery, Justin had to cancel shows in New York following his Canada and Washington DC cancellations. Hailey has shown love and support for her husband and previously made an appearance on Good Morning America to talk about his progress.

The model shared, "He's doing really well. He is getting better every single day. He's feeling a lot better." Hailey continued, "Obviously it was just a very scary and random situation to happen. But he's gonna be totally okay. And, I'm just grateful that he's fine."

She also expressed her appreciation for everyone who has been sending love to the singer stating, "The support has been really amazing just from fans, friends family. Every single person has sent well wishes, advice, and recommendations. It's actually been really amazing."

Hailey Fights Her Own Battles Too

Back in April, Hailey opened up to her Instagram followers about an event that occurred while having breakfast with Justin. She began by saying, "I'm making this video because I wanted to tell the story in my own words of just where I've been at health-wise for the last month and kind of what I've gone through and what the story is."

The model shared, "I had a very scary incident on March 10th. Basically I was sitting at breakfast with my husband. Having a normal day, a normal conversation. We were in the middle of talking. And, all of the sudden I felt this really weird sensation that kind of like traveled down my arm from my shoulder all the way down to my fingertips and it made my fingertips feel really numb and weird."

She revealed that Justin noticed something was wrong and asked if she was okay, however, she was unable to respond. Hailey explained that everything occurring had her thinking that she was having a stroke – right side of face drooping, inability to speak.

The model said, "definitely the scariest moment of my life. I had so many things running through my head. The number one thing being 'I'm having a stroke. I'm really scared. I don't know what's going on. I don't know why this is happening. Am I gonna have permanent issues from this?'"

From breakfast, the model and the singer went back to their home and waited for an ambulance to come. She explained that within that time things began to improve. "By the time I got to the emergency room, I was pretty much back to normal. Wasn't having any issues with my face or my arm," shared Hailey.

After going through tests Hailey was told that she suffered a small blood clot in her brain which was labeled and categorized as a TIA (Transient Ischemic Attack). She shared that she had almost every possible test done to make sure things were okay.

Further tests were done later one at UCLA where they found a PFO (Patent Foramen Ovale), which basically means that she has a hole in her heart. "They actually found that I have a grade 5 PFO which is the highest grade that you can have. So mine was fairly large." She went on to share, "The conclusion was that I had a blood clot that traveled into my heart, " shared Hailey. She continued, "My blood clot actually escaped through the hole in my heart and it traveled to my brain and that is why I suffered a TIA."

Mrs. Bieber got a procedure done to close the hole and not have to worry about experiencing another scary situation like this. She's shared that it went well and she's been in good health since.

Both Bieber's have been on quite the journey with their physical health but it seems as though their support and love for one another is keeping them strong throughout the time of it all.