Sorry, you guys, but according to Hailey Baldwin, she and Justin Bieber are not expecting their first baby together just 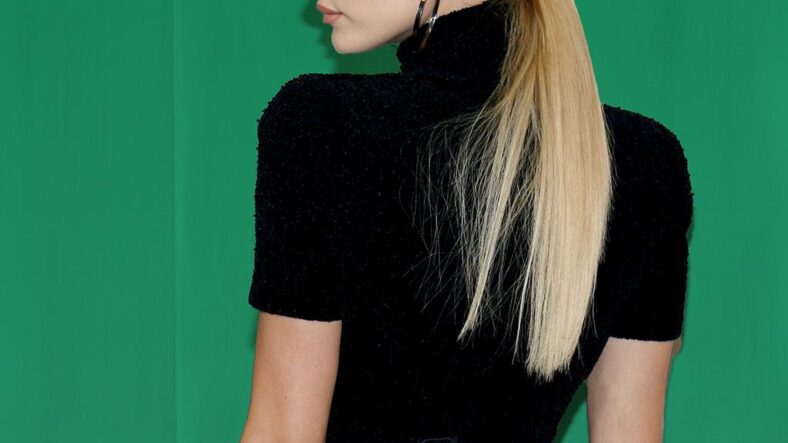 Sorry, you guys, but according to Hailey Baldwin, she and Justin Bieber are not expecting their first baby together just yet. Yep, the model shut down rumors that she was pregnant via her Instagram Stories on Friday, November 6, so don’t expect little-Biebers running around any time soon.

“I’m not pregnant,” she wrote. “So please stop writing stories from you ‘sources’ and focus on what’s important, A.K.A. the election.”

So when is the couple going to welcome a child together, you ask? Over the years, they’ve actually spilled a lot of tea on their plans to expand their family, and we rounded up all the quotes for you. Here’s everything they have said…

Back in August 2020, Baldwin became an aunt when he sister, Alaia Baldwin, welcomed her first child with her husband, Andrew Aronow. And when Bieber posted a snap of himself holding the new baby, Dwayne “The Rock” Johnson left a pretty interesting comment.

A few weeks before that, the blonde beauty shut down rumors once again that she was expecting.

“We didn’t make any babies, so that’s that,” she said, when asked how she and Bieber were spending the coronavirus quarantine. “Honestly, I really do think we’ve enjoyed this time. Even through the quarantine, we’re still pretty newly married. We’ve just been … getting to know each other deeper. We’ve been having a really fun summer, regardless of everything that’s been going on.”

Back in June 2020, a source told Us Weekly that the 23-year-old and the musician were discussing having a baby together.

“Justin and Hailey have been talking more and more about wanting to start a family together,” the insider explained. “Having kids in the near future has become a very real conversation between them.”

Justin Bieber Said Getting Pregnant Is Up To Hailey Baldwin

When asked about his plans to have a baby with Baldwin in March 2020, Bieber told Ellen DeGeneres, “I think it’s up to Hailey because it’s her body.” Wow, how sweet is that?!

As fans know, Bieber was actually supposed to embark on a world tour this year, but unfortunately, it got delayed because of the coronavirus pandemic. And according to the singer, he wanted to have a baby as soon as it was over.

He also told Zane Lowe on his Apple Music radio show in February 2020 that he wasn’t quite ready to expand his family just yet, but that it was definitely the next step for them.

“I want to start my own family, in due time. I want to enjoy being married for a little bit, go on tour, be married, enjoy traveling with just us, build more of our relationship. I think that it’s definitely the next step, for sure,” the “Love Yourself” crooner revealed.

They’re Going To Raise Their Kids To Be ‘Anti-Racist’

While discussing the Black Lives Matter Movement with Vogue India in August 2020, Baldwin got real about her plans to raise her kids “anti-racist.”

“They will be raised knowing how to treat people, why we don’t say certain things and why we respect and acknowledge and give credit where credit is due,” she explained.

In December 2019, some people thought Baldwin was pregnant after she was spotted holding her stomach. But at the time, she shut these rumors down.

“The internet is funny! No, I’m not pregnant, I just really love food,” she wrote on her Instagram Stories.

After that, Bieber’s mom, Pattie Mallette, announced that she was more than ready to become a grandma. She reposted the blonde beauty’s message, adding, “Soon!?? (I can wait! Don’t TEASE ME!)”

Justin Bieber Has Had Baby Fever For A Long Time

Over the last few years, Bieber has made it clear that he definitely has Baby Fever. Back in January 2020, he posted a lot of pictures of babies on Instagram! He also hinted that he wanted to become a dad while wishing Baldwin a happy birthday in November 2019.

“Happy birthday babes! You make me want to be better everyday!” the 25-year-old wrote on Instagram. “The way you live you life is so attractive … Next season, BABIES.”

And in October 2019, the pop star shared a video of a father playing with his son, which he captioned, “This is something I look forward to.”

In July 2019, after going on a date with his wife, Bieber spoke out again about having a baby once again.

“Love dates with you baby… One day I’ll be doing daddy daughter dates… Not hinting at anything soon I’m not in a rush. I just wanna enjoy you by yourself for a while!” he gushed.

In March 2019, Bieber announced on Instagram that he was taking some time away from making music so that he could focus on getting healthier — so that he could be an amazing father one day.

“I am now very focused on repairing some of the deep rooted issues that I have as most of us have, so that I don’t fall apart, so that I can sustain my marriage and be the father I want to be,” he wrote. “Music is very important to me but Nothing comes before my family and my health.”

In December 2018, Baldwin explained to Vogue Arabia how much she loved kids.

“I love kids and I can’t wait to have my own. I would say that now, that’s a closer reality, but definitely not anytime soon,” she explained.

She also had a case of Baby Fever in July 2019, after her bestie Kylie Jenner shared a snap of her daughter, Stormie Webster.

We can’t wait for them to become parents!