They may seem as happy as could be now, but according to Justin Bieber, his first year of marriage to

They may seem as happy as could be now, but according to Justin Bieber, his first year of marriage to Hailey Baldwin was “really tough.” Yep, in an explosive new interview with GQ Magazine, the singer got real about how his “traumatic” past and “lack of trust” made their relationship very difficult at first.

For those who forgot, the two stars met all the way back in 2009. They briefly dated in 2015 but then went their separate ways. But when they reconciled in 2018, they quickly realized that they were meant for one another. They got engaged one month later — in July 2018 — and then, they tied the knot in September of the same year. Everyone thought their love was picture perfect, TBH, but Bieber just revealed that at first, he was “walking on eggshells” around his wife.

“The first year of marriage was really tough,” he admitted. “Because there was a lot, going back to the trauma stuff. There was just lack of trust. There was all these things that you don’t want to admit to the person that you’re with, because it’s scary. You don’t want to scare them off by saying, ‘I’m scared.’”

Things Are A Lot Better For Them Now 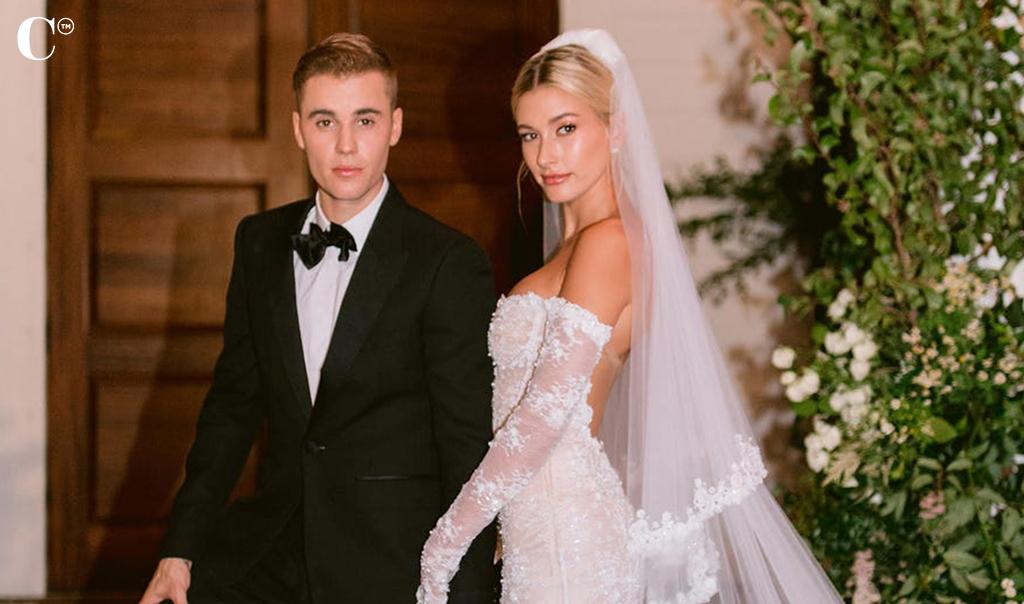 Everyone can breathe a sigh of relief, however, because things are much better for them now. The “Love Yourself” crooner continued, “[Now], we’re just creating these moments for us as a couple, as a family, that we’re building these memories. And it’s beautiful that we have that to look forward to. Before, I didn’t have that to look forward to in my life. My home life was unstable. Like, my home life was not existing. I didn’t have a significant other. I didn’t have someone to love. I didn’t have someone to pour into. But now I have that. Hurt people hurt people — you know? And there’s a quote; I’m trying to remember it. I don’t know if it’s biblical, if it’s in the Bible. But I do remember this quote: ‘The comforted become the comforters.’ I don’t know if you’ve heard that before. But I really do feel comforted. I have a wife who I adore, who I feel comforted by. I feel safe. I feel like my relationship with God is wonderful. And I have this outpouring of love that I want to be able to share with people, you know?”

He also said he felt he was always “compelled” to get married.

“I just felt like that was my calling. Just to get married and have babies and do that whole thing,” Bieber added. As for when we can expect mini Bieber’s running around, he said, “Not this second, but we will eventually.”

Justin Bieber Is Not Ashamed Of His Past Mistakes 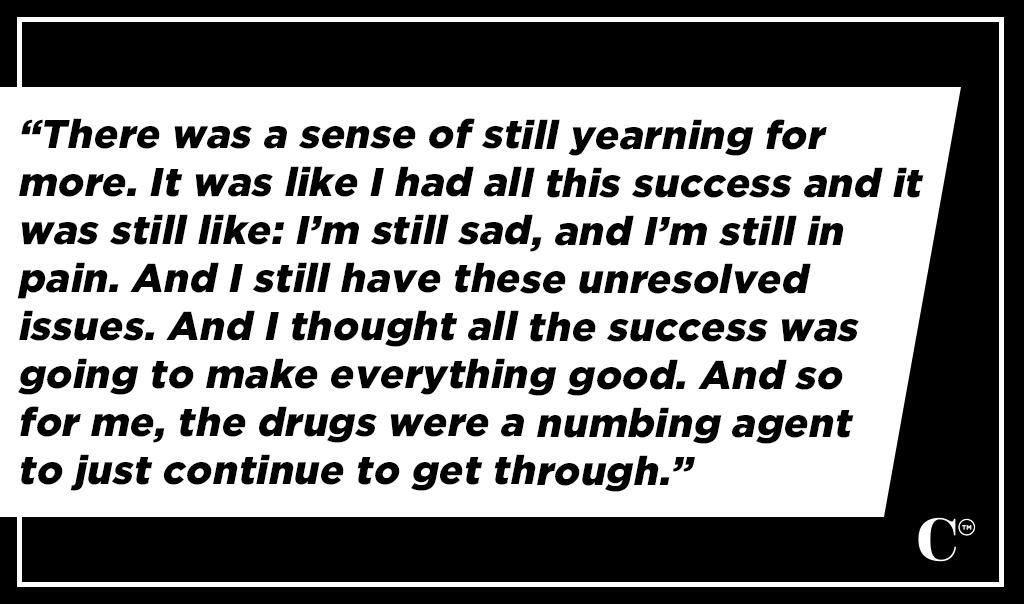 As fans know, the 27-year-old has previously opened up about his battles with mental illness and his past drug use. But he’s not ashamed of mistakes.

“I don’t want to let my shame of my past dictate what I’m able to do now for people,” he explained to the outlet. “A lot of people let their past weigh them down, and they never do what they want to do because they think that they’re not good enough. But I’m just like: ‘I did a bunch of stupid shit. That’s okay. I’m still available. I’m still available to help. And I’m still worthy of helping.’”

The pop star said that things got so bad at one point, his security guards had to enter his hotel room and check his pulse in the middle of the night to make sure he was still alive.

“I was surrounded by a lot of people, and we were all kind of just escaping our real life. I think we just weren’t living in reality,” he added. “There was a sense of still yearning for more. It was like I had all this success and it was still like: I’m still sad, and I’m still in pain. And I still have these unresolved issues. And I thought all the success was going to make everything good. And so for me, the drugs were a numbing agent to just continue to get through.”

Bieber continued, “I just lost control of my vision for my career. There’s all these opinions. And in this industry, you’ve got people that unfortunately prey on people’s insecurities and use that to their benefit. And so when that happens, obviously that makes you angry. And then you’re this young angry person who had these big dreams, and then the world just jades you and makes you into this person that you don’t want to be. And then you wake up one day and your relationships are fucked up and you’re unhappy and you have all this success in the world, but you’re just like: Well, what is this worth if I’m still feeling empty inside?”

Justin Bieber Said That All The Attention Effected His Ego 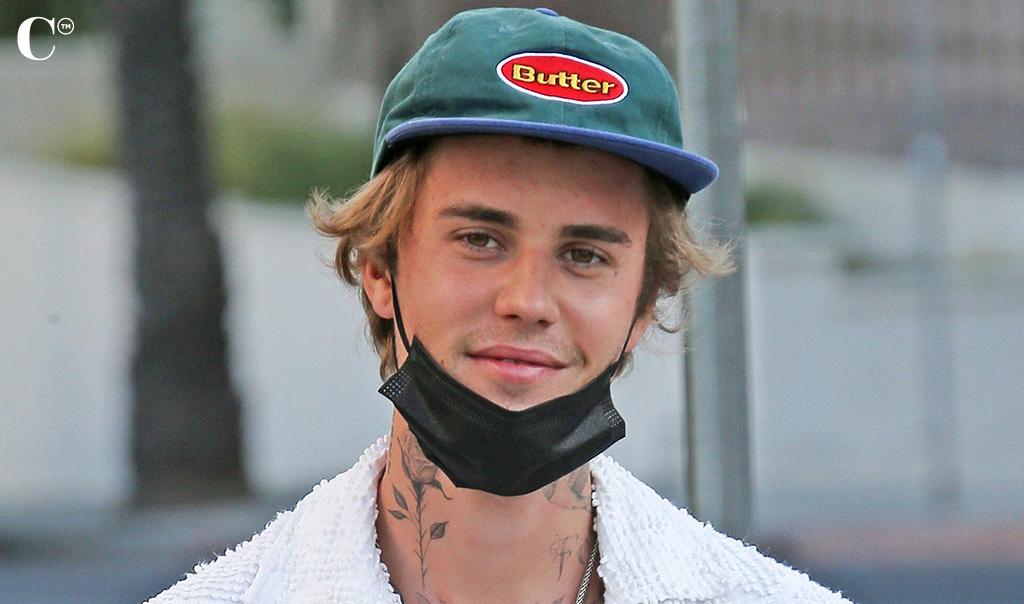 Bieber explained that when he was younger, all the attention and praise effected his ego, which in turn gave him a lot of insecurities.

“Singing was supposed to bring such joy. Like, this is what I feel called to do. And my purpose in my life. I know that when I open my mouth, people love to hear me sing. I literally started singing on the streets and crowds would form around me to where I’m like, OK, this could be something. There’s this reciprocation of: I’m using my gifts to serve people. That’s what I loved so much. And I just think more and more as you’re a kid and you don’t have an identity yet, and you’re trying to figure out who you are, and to have everyone saying how good you are, how incredible you are? You just start to believe that stuff. And ego sets in,” he told the outlet. “And then that’s where insecurities come in. And then you start treating people a certain way and feeling superior and above people. And then there’s this whole dynamic shift. I just woke up one day and I’m just like, Who am I? I didn’t know. And that was scary to me.”

As fans know, in 2017, the musician shocked the world when he announced that he was canceling part of his tour, and he recalled asking himself: “Am I ever going to be able to live a normal life? Am I going to be too self-centered and ego-driven that I just, you know, make all this money and do all these things, but then I’m left at the end of my life alone? Who wants to live that way?”

His Wife And His Faith Helped Him Get Better 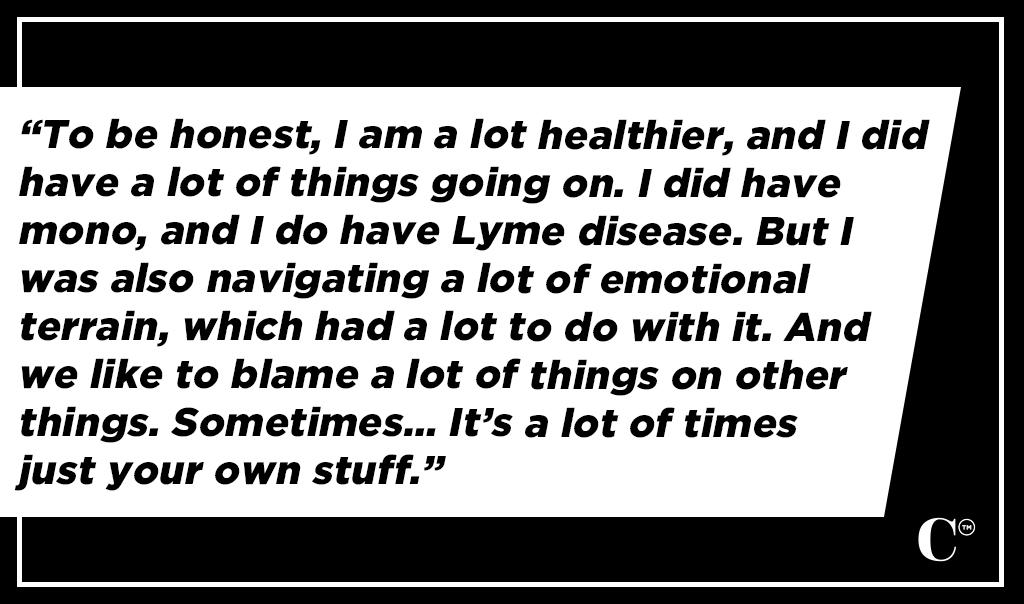 Eventually, Bieber sought professional help. He was given antidepressants and was diagnosed with Lyme disease and mono — and now, he’s doing a lot better, thanks to his wife and his faith.

“To be honest, I am a lot healthier, and I did have a lot of things going on. I did have mono, and I do have Lyme disease. But I was also navigating a lot of emotional terrain, which had a lot to do with it. And we like to blame a lot of things on other things. Sometimes… It’s a lot of times just your own stuff,” he explained, adding how much his faith has helped him. “I came to a place where I just was like, ‘God, if you’re real, I need you to help me, because I can’t do this on my own. Like, I’m struggling so hard. Every decision I make is out of my own selfish ego.’ So I’m just like, ‘What is it that you want from me? You put all these desires in my heart for me to sing and perform and to make music — where are these coming from? Why is this in my heart? What do you want me to do with it? What’s the point? What is the point of everything? What is the point of me being on this planet?’ If God forgives me and He loves me and He set these things in motion, if He put these desires in my heart, then I’m going to trust Him. He is grace. Every time we mess up, He’s picking us back up every single time. That’s how I view it. And so it’s like, ‘I made a mistake. I won’t dwell in it. I don’t sit in shame. But it actually makes me want to do better.’”

Bieber also explained that he is much more careful about his time, his routine and his schedule now. He even sets rules and boundaries, like not working after 6 P.M. and making sure he gets a break throughout the day.

“I have meetings now, which I was never very good at,” he joked. “But now I’m like, ‘OK, in order to be a healthy individual, this is what healthy adults do. They have schedules, they have calendars, they go by their calendar,’ and it’s beneficial, right? It’s not that it’s rocket science. But for me it’s like I lived this crazy lifestyle and this was just not the norm.”

He also finds a lot of joy in helping other young artists.

“A lot of people will never do what they want to do, because they’re afraid and they have shame,” he said. “They don’t feel enough to accomplish what’s in their heart, or there’s a cause they’ve always wanted to help, but they’re just like, ‘Aw, man, like, who am I? Who am I to be able to do this? Because look what I’ve done. Look at my past.’ And that was me for a long time. And I always felt like I was a good encourager. I always felt like I could encourage people and that my words held weight. But when you start living in shame, you start to devalue what shouldn’t have lost that value. And that’s why… It’s just rewarding to be all that you were designed to be. And I believe that, at this point in my life, I’m right where I’m supposed to be, doing what I believe that God wants me to do. And there’s nothing more fulfilling.”