With The Lawsuit Behind Them, Briana DeJesus Claims That Her And Kailyn Lowry Are On Better Terms

The forever feud and lawsuit between Teen Mom 2 co-stars Briana DeJesus and Kailyn Lowry has been very loud drama. 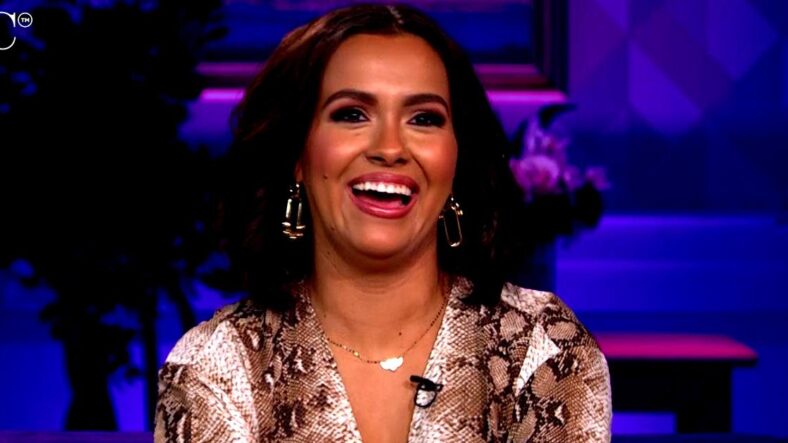 The forever feud and lawsuit between Teen Mom 2 co-stars Briana DeJesus and Kailyn Lowry has been very loud drama.

Their issues date back to 2017 when DeJesus joined the cast. The legal battle began when Lowry filed a complaint against DeJesus after comments were made toward the mother four with "the purpose of causing Lowry harm." The court papers continued, "Defendant used Lowry to gain additional media attention for herself."

The case became an ongoing battle of 'she said, she said' with Lowry requesting $30,000, reasonable costs and attorneys' fees, and a jury trial. Lowry claimed that DeJesus' statements "threatened" her "ability to earn a living" and that she suffered "personal humiliation and mental anguish."

DeJesus responded with real data and a statement that claimed she did not defame Lowry with "false" stories because she was arrested for exactly what DeJesus spoke out about.

DeJesus attorney wrote about Lowry, "She verifiably was arrested for this, and her arrest garnered media attention." And, this takes us to DeJesus' win. The judge agreed, stating, "The damage to Lowry's reputation, if any, had already occurred when the incident was publicized by news media."

Lowry's arrest happened in September of 2020 for allegedly "punching" her baby daddy, Chris Lopez, "many times with a closed hand" over their son's haircut.

The case ultimately ended with DeJesus taking home the W and Lowry, well, nothing except -$200k in her bank account.

The Judge found Kailyn's claims to be unfounded. Referring to DeJesus' online comments the court official said, "The written post cannot be considered defamatory because, as a matter of law, it contained protected speech regarding opinion or was factually accurate." The judges added, "It was widely publicized that Lowry had been arrested for domestic violence and Soto's comments on the issue were substantially true."

Ultimately, for Lowry, the case came down to a lack of evidence for her complaints. The judge wrote in his official statement, "Lowry's claim that soto's source of the information that Lowry broke into the house (Mr. Lopez) was unreliable does little to establish that Soto knew, with a high degree of awareness, the claim was false." He continued to explain, "Even if the isolated statement regarding 'breaking and entering' can be considered defamatory, there is insufficient evidence to establish that Soto knew the statement was false at the time it was made." Lastly, the judge stated, "As a matter of law, Lowry has not met her burden regarding the issue of malice."

In a short statement to Celebuzz DeJesus said, "I won." And, although it was the outcome she hoped for, DeJesus wasn't entirely satisfied. The Orlando native sued Lowry for all of the legal fees that she obtained which total up to $120,096.87, according to Celebuzz.

Marc Randazza, the lawyer of the reality star, told The Sun, "The anti-slapp law gives us the right to see attorneys' fees, and we intend to get Ms. Soto every penny to which she is entitled."

“I Look Forward To An Improved Relationship”

Two months after the lawsuit between DeJesus and Lowry was dismissed, the Teen Mom 2 star shared with Us Weekly she hopes to be amicable with the MTV alum.

DeJesus stated, “I look forward to an improved relationship with Kail. It seems that Kail may have gotten upset, but was then very poorly advised as to whether there should be a lawsuit.”

She continued to reveal, “Our relationship is certainly better now that communications are not being relayed through the funnel of bad legal advice,”

And, when asked about Lowry's departure from the Teen Mom franchise DeJesus responded, “I do not think about Kail. My head is full of thoughts about my family and friends — Kail does not live rent free in my head."

Hmm. Interesting. Anybody else wondering what's going to become of this?