Kanye West has certainly exhibited his share of bizarre activity on Twitter as of late.  The things he has shared 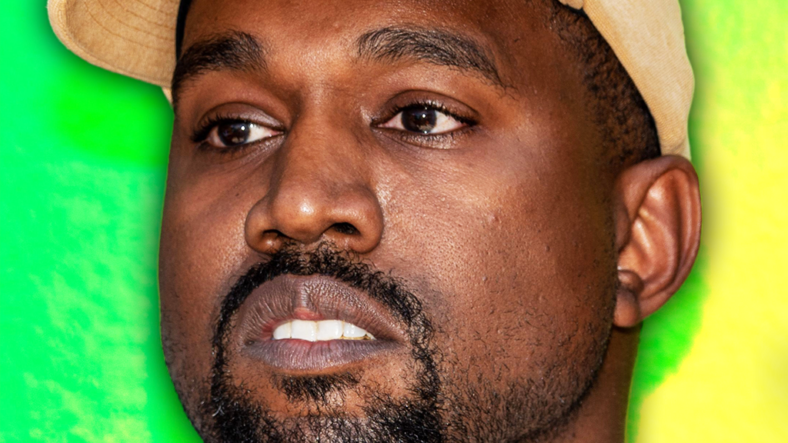 The things he has shared on Twitter in the past few weeks have included the following:

Aside from Twitter, West also held his first Presidential campaign rally where he claimed he “almost killed” his daughter, unveiled a new album Donda: With Child that still has yet to come out (even though the release day was weeks ago), visited the emergency room, and gave another bizarre interview to Forbes.

West has recently returned to Twitter again, and it seems one of his main concerns has to be with emojis. 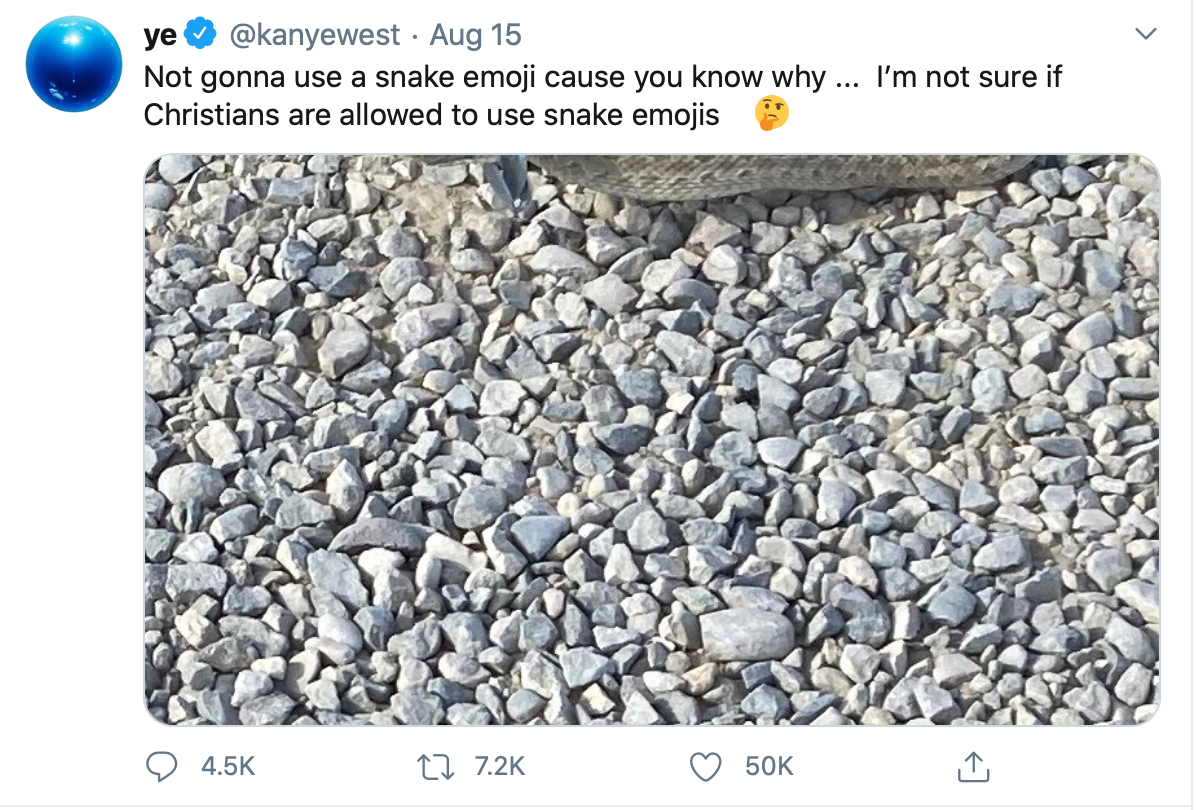 Yesteday, West began with sharing “Not gonna use a snake emoji cause you know why… I’m not sure if Christians are allowed to use snake emojis.”

Many thought West was re-igniting his feud with long-time nemesis Taylor Swift here, as she used a snake for her backdrop on one of her tours and Kardashian had used the snake emoji to defend West against Swift previously.

“There’s so many lonely emojis man,” West later tweeted about emojis, thus starting a series of tweets about emojis.

“Why people don’t never use this,” West next tweeted, sharing the following emoji:

“This emoji is a person too,” West added.

West then tweeted the following emoji, asking “so when is this emoji appropriate?”:

West next asked Apple what a specific emoji was, as seen here:

“Bro,” West then tweeted, “this has never been used till now” attaching an emoji as seen here:

While this was the end of West’s “emoji rant,” he did use one of them to attach to a picture as seen here: 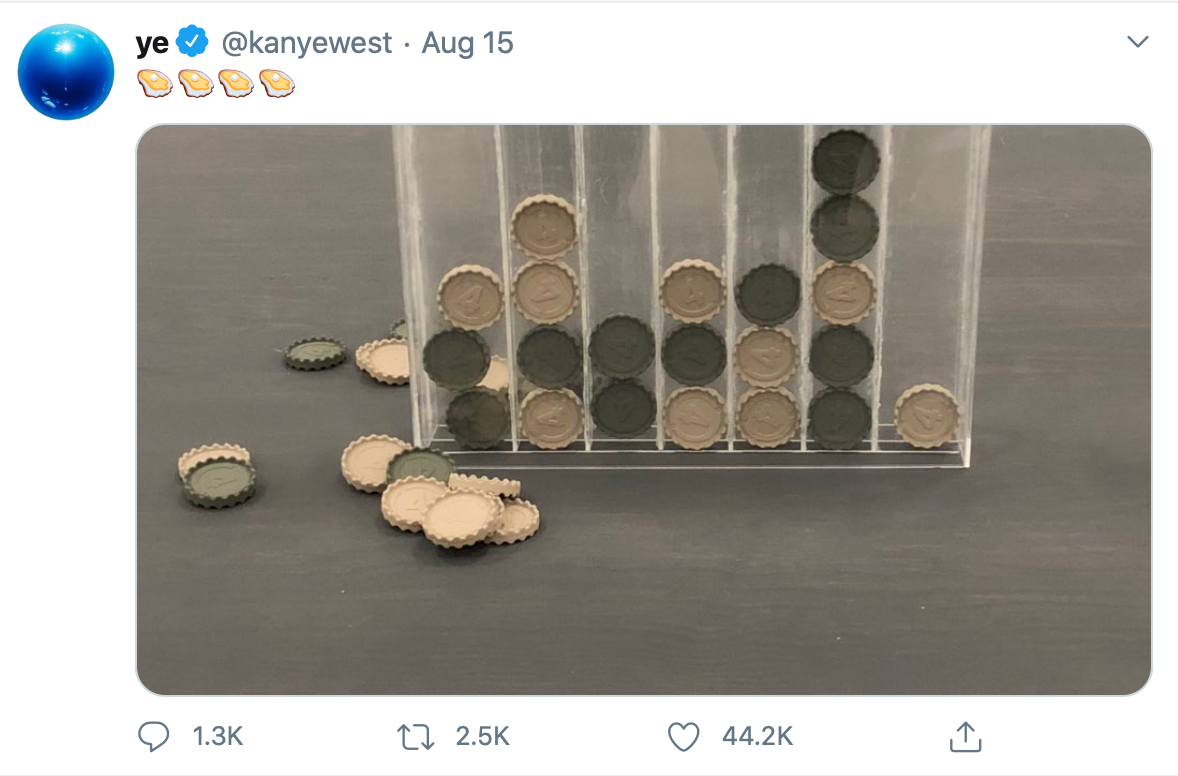 “I know my mom and Kamala Harris would have been friends … congratulations on being the democratic Vice President nominee… all love and respect from the future president. It’s an honor to run against you.” Here is a copy of that tweet, where he attached a picture: 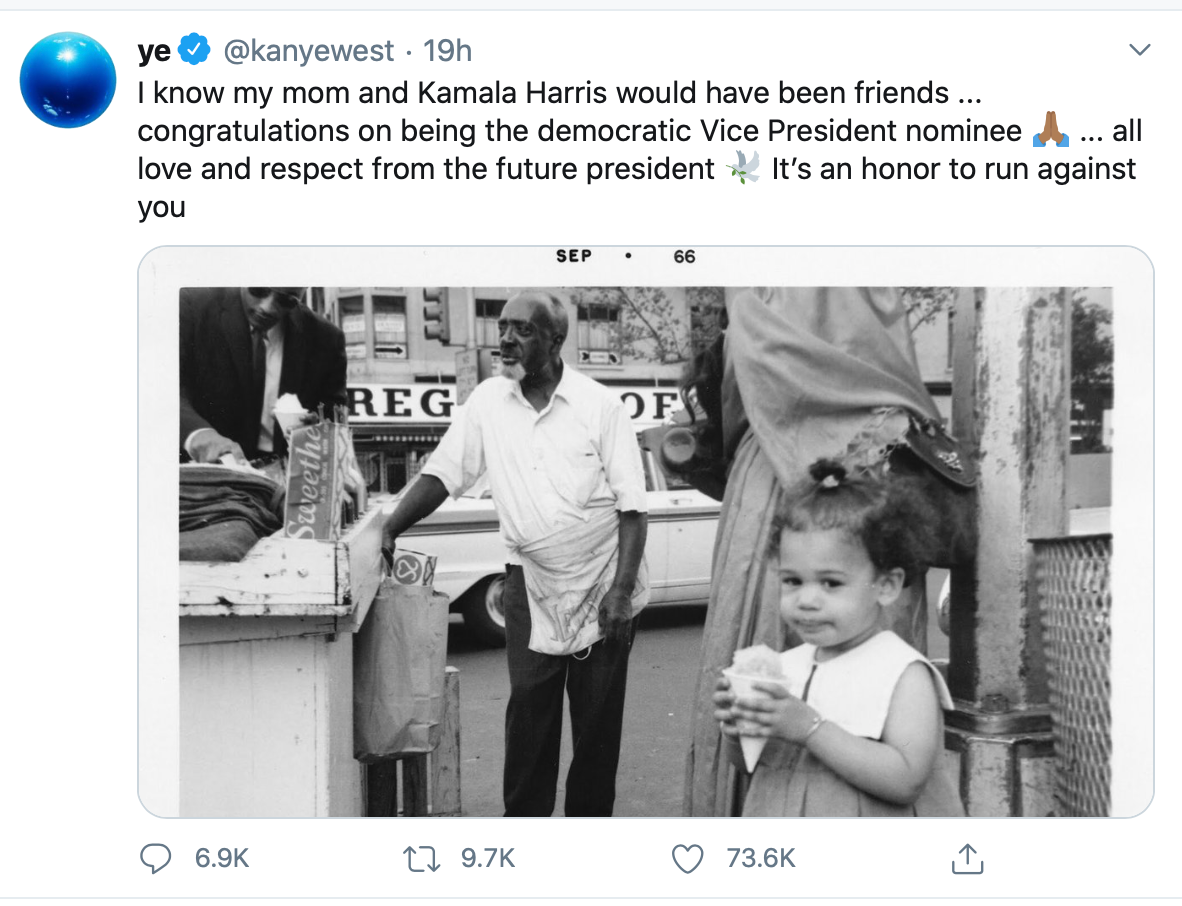 Finally, West closed out yesterday’s tweets talking about his finances.

While West and Kardashian were reportedly having marital problems- including reports they had been living apart for a while- things seem to be on the mend, as the pair took a private family vacation where things seemed to go well.

As far as what West will take to Twitter to discuss next… we truly have no idea. We will be watching, though, as he’s certainly been one of the most interesting accounts to watch as of late.