Kanye West has had a busy week which has ended up with him revealing a new album! As the weekend

Kanye West has had a busy week which has ended up with him revealing a new album!

As the weekend was ending, West had his first campaign rally for his Presidential campaign. Then, last night, he went on an explosive Twitter rant. This Twitter rant ultimately led to him unveiling his new project. So what exactly is going on?

After removing the majority of tweets (which you can see below) – aside from the photo of his children and the righteous indignation one- West then tweeted the following:

Then, he ultimately ended up revealing his new album, Donda, named after his mother, is coming this Friday. 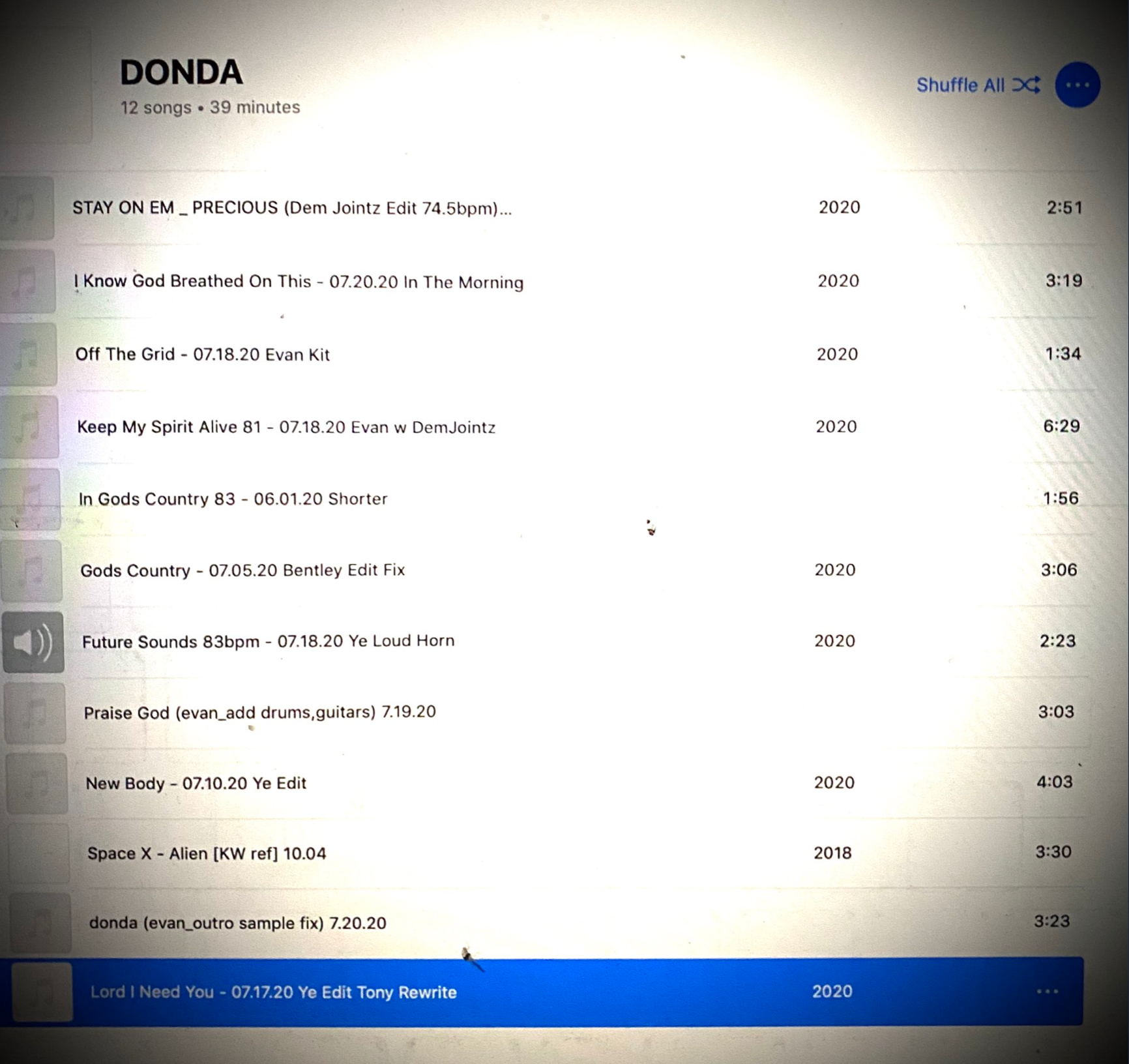 Upon making that announcement, West posted the above photo of the trackless of the album.

While there have been reports on the internet that West is in the middle of a bipolar episode- and some have pointed to these outbursts being manic episodes- he definitely has people paying attention to what he is saying and his social media right now.

Something tells us with all of the attention placed on him, they likely will be tuning into his album to see what he has to say and analyze it.

As aforementioned, this Sunday West held his first campaign rally in his attempt to run for President of the United States of America.

The appearance was bizarre, chock full of bouts of West crying and making outlandish statements.

Some of the highlights included:

Then, late last night, West began having a Twitter rant that involved his wife, his children, his mother-in-law Kris Jenner, and more.

While the tweets have since been (mostly) deleted, here is the play-by-play from last night:

Kanye began with tweeting out the above google search for Halle Berry which he then followed this up with a tweet with a Google search for Jennifer Lawrence. He then tweeted an emoji, as well as a YouTube link to Michael Jackson‘s Black or White video.

As if this wasn’t bizarre enough, things started to then take a serious- and more accusatory- turn towards his family.

“Kriss don’t play with me,” he tweeted, seemingly talking to his Mother-in-law Kris Jenner. “You and that calmye are not allowed around my children Ya’ll tried to lock me up.”

While we’re not certain, we’re guessing that “calmye” is referring to Jenner’s boyfriend, Corey Gamble.

Next, he tweeted that the movie Get Out is about him. Get Out is billed via a quick Google search as a movie “about a black man who stumbles into a very white, very weird world.”

“I put my life on the line for my children that North’s mother would never sell her sex rape,” he tweeted.

He then said “I put my life on my God that Norths mom would never photograph her doing playboy and that’s on God. I’m at the ranch… come and get me.” 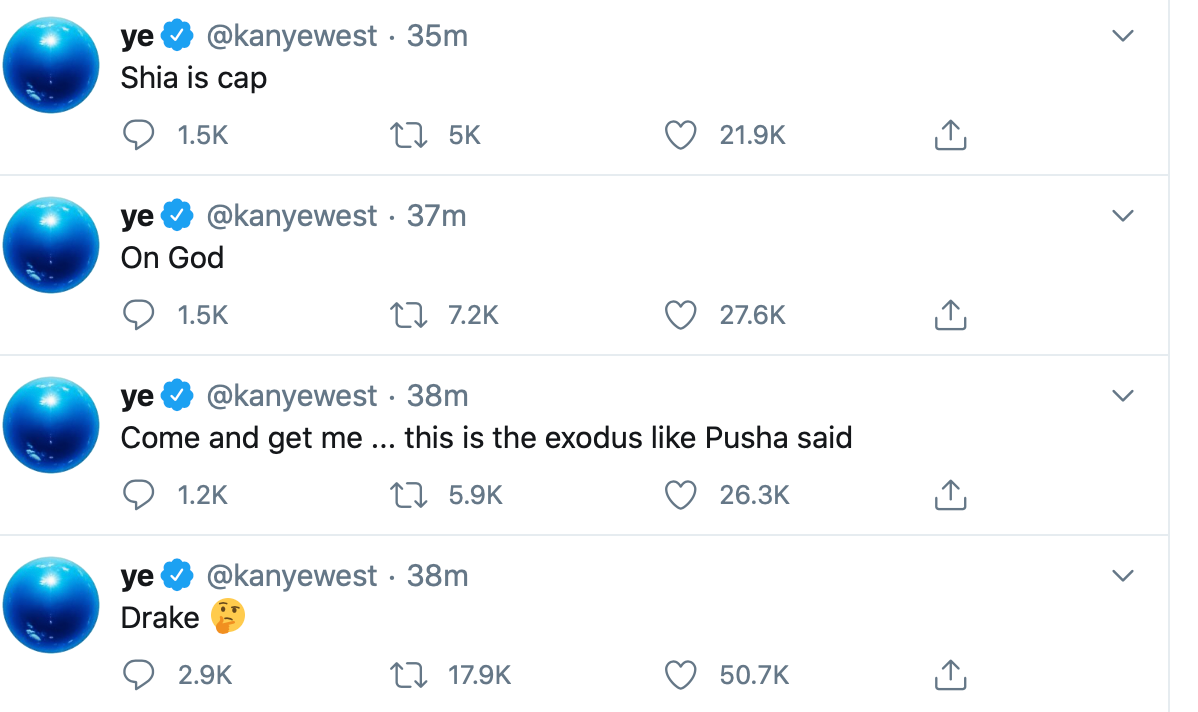 He then issued the following tweets, mentioning Drake and Shia.

He then mentioned Kim again, saying the “Kim tried to bring a doctor to lock me up with a doctor.”

“If I get locked up like Mandela,” he added, “Ya’ll will know why.”

He then talked about his collaboration with Gap and Anna Wintour.

“Kriss and Kim call me now,” he then tweeted.

Next, he shared a screenshot of a text message to Kris Jenner: 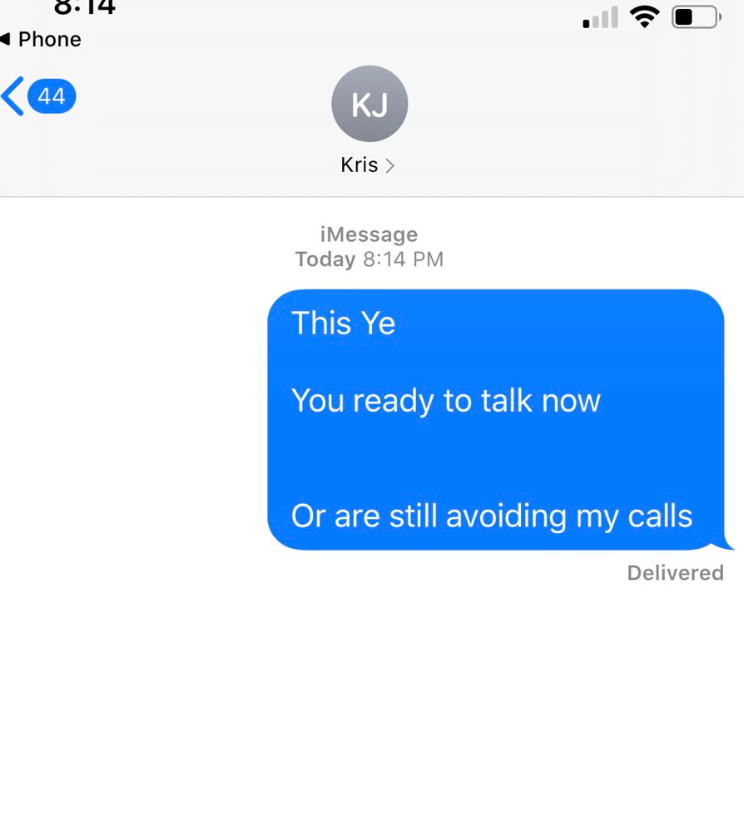 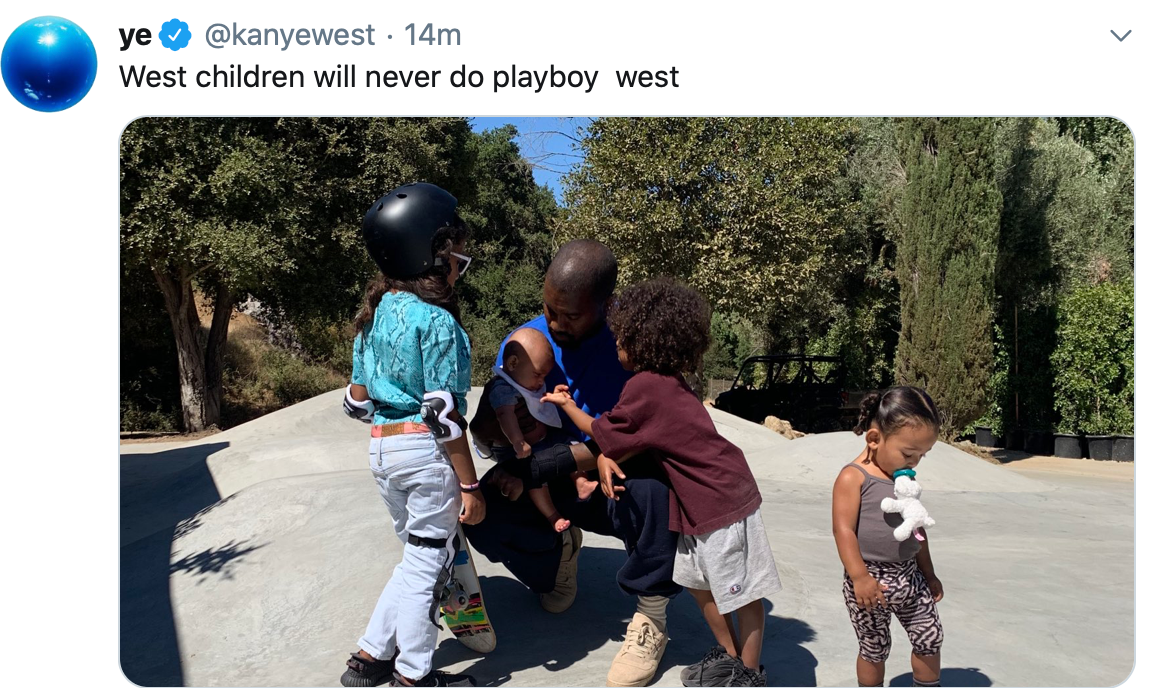 Then, as seen above, he posted a picture of his kids and wrote “West children will never do playboy west.” 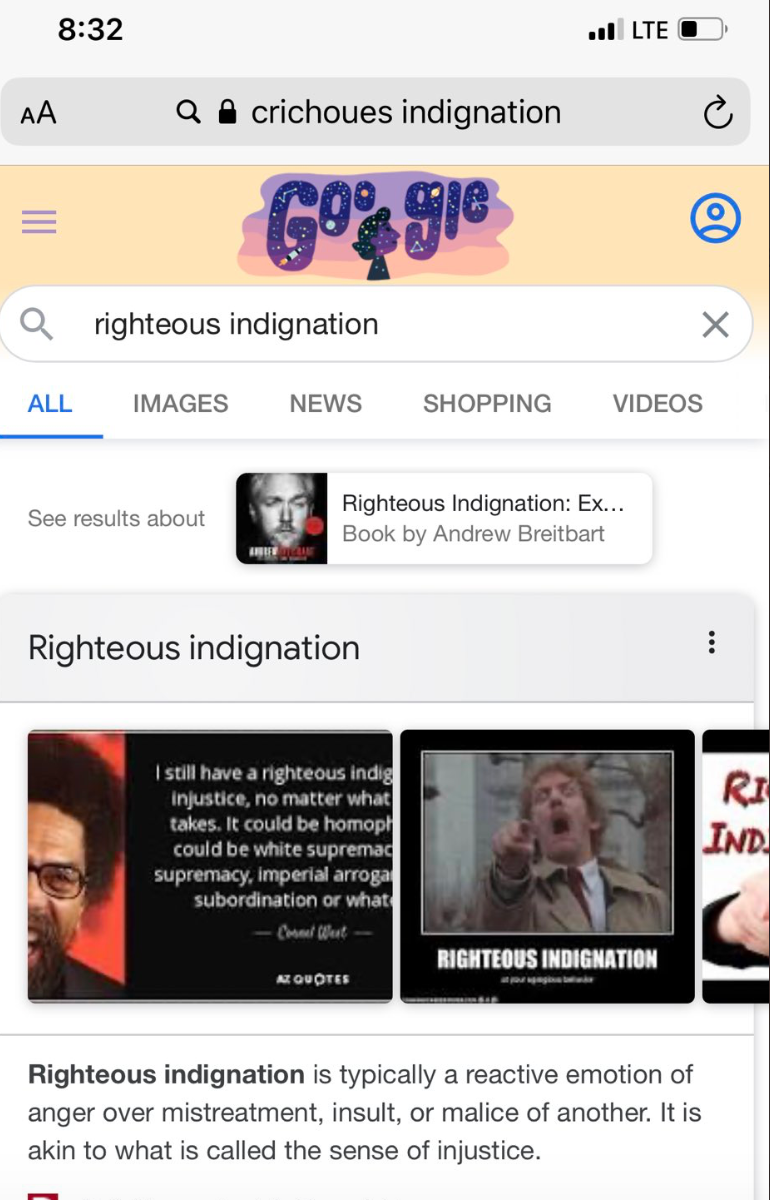 He then shared the above screenshot, captioning it “Righteous indignation.”

Finally, Kanye got back into talking about Kim- and, bizarrely, Bill Cosby.

“I love my wife,” he shared. “My family must live next to me It’s not up to E or NBC anymore.”

This seems to point to something going on with Keeping Up With The Kardashians, which airs on E.

“NBC locked up Bill Cosby,” he then tweeted.

Finally, Kanye confirmed that “Kim was trying to fly to Wyoming with a doctor to lock me up like on the movie Get Out because I cried about saving my daughters life yesterday.”

If you are in crisis or you think you may have an emergency, call your doctor or 911 immediately.]