Sounds like magic: You walk into a doctor’s office looking one way and walk out with a makeover into the 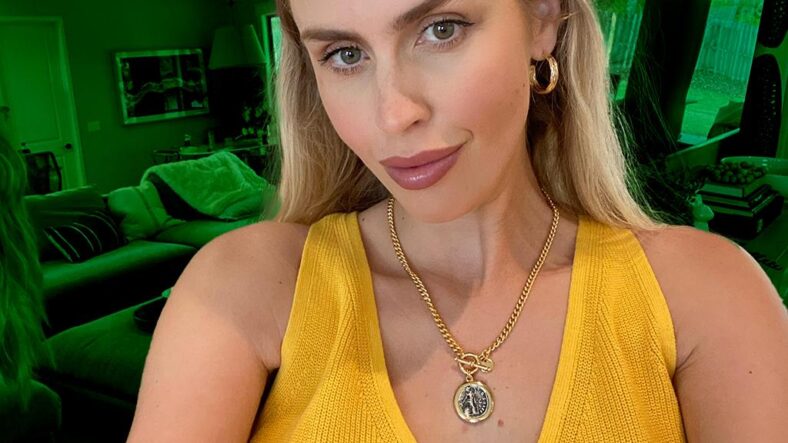 Sounds like magic: You walk into a doctor’s office looking one way and walk out with a makeover into the body you have always dreamed of. Breast implant surgery is a billion-dollar industry in the U.S., and people seek enhancements for a variety of reasons, all of which are valid. But rumbles have emerged from the cosmetic surgery community that suggest implants may not be the harmless body modifications they’re marketed as. Some women are getting sick as a result of their implants—really sick.

Although it’s not yet recognized as a diagnosable condition, there is emerging proof that Breast Implant Illness (BII) is not only real and impacting thousands of women—it’s devastating. CELEB spoke with Kayla Lochte, model and wife of gold medal Olympian Ryan Lochte, and she shared her heartbreaking journey through the nightmare of BII, and her path to recovery. 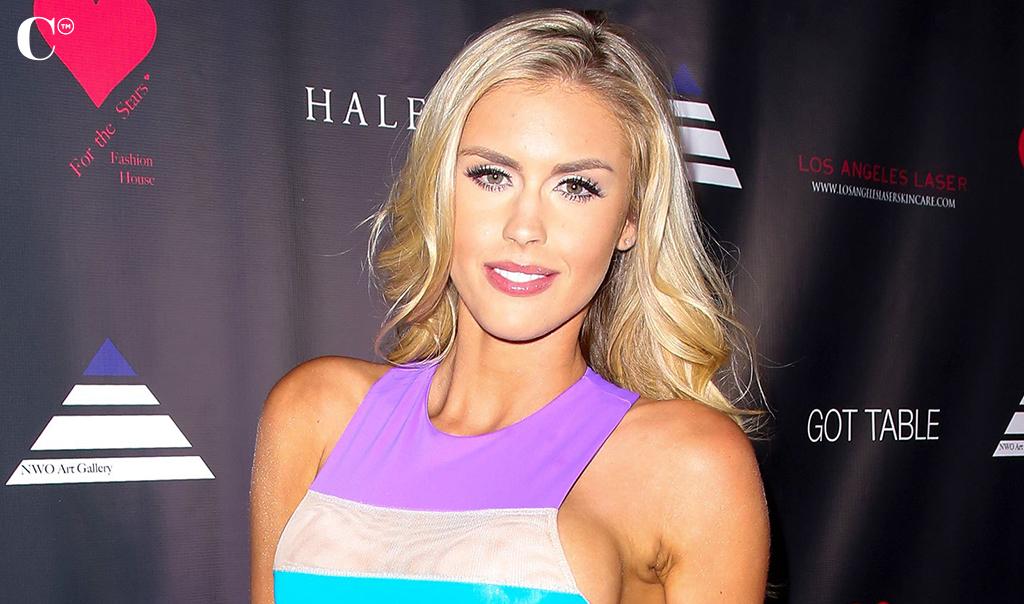 Like so many women who seek breast enhancement surgery, Lochte was looking to meet a need in her life. At 21 years old, Lochte was teetering between the decision to pursue a career in property management, and one in modeling. Lochte knew she would get more money for modeling if her body was L.A. ideal, and it seemed like a reasonable investment to make in her career. So Lochte decided to get breast implants.

After her first surgery, Lochte was not happy with the size of her implants, thinking that the doctor had gone too large for her petite frame. So she had a second surgery, modifying her breast size about a cup smaller. One day Lochte received a call from a legal group telling her that her textured implants from Allergan had been recalled and that there was a class action lawsuit.

“I started the process to get my own implants removed, after they looked up the serial numbers for my individual implants, the company reached out and informed me that I didn’t in fact have the recalled textured ones,” she says.

Little did Lochte know, her doctor actually had used a different type of implant in the second surgery.The now 29-year-old didn’t notice life-altering symptoms right away from her new implants, it was far more insidious than that. Those who suffer from BII often notice small changes over time that add up to misery, and sometimes serious conditions. BreastCancer.org lists these symptoms associated with BII:

By 2020, Lochte was experiencing a number of those symptoms and knew something was wrong. She had been to many doctors, and spent countess hours waiting in Urgent Care centers because her symptoms had gotten so severe. Test after test showed nothing conclusive; something was going on, but nothing was easily identifiable.

Lochte explains, “I started feeling really not well, but I wasn’t sure if it was COVID, life in general, or something else.” 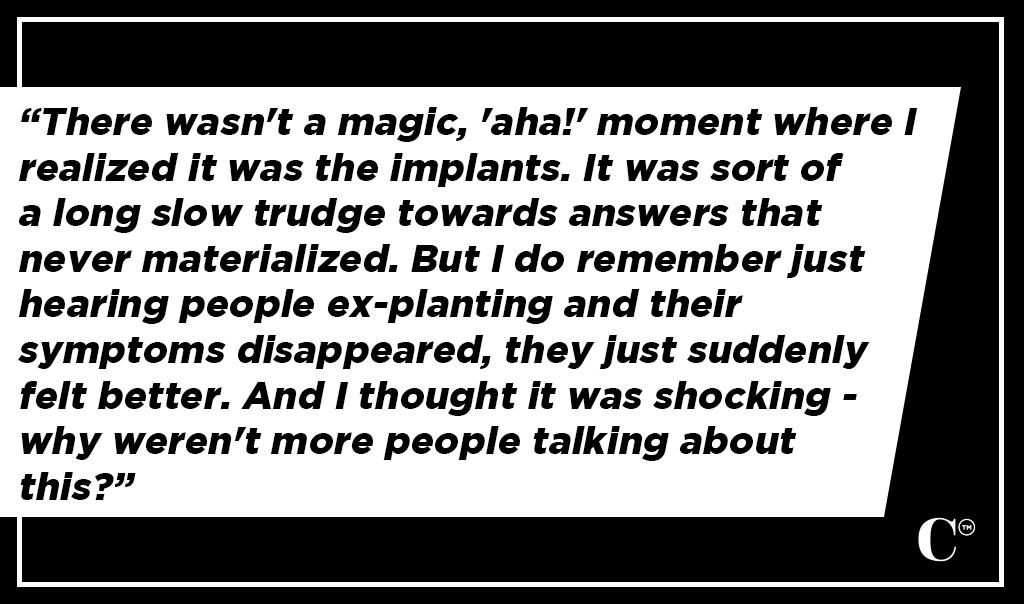 As symptoms worsened, Lochte was told that she should consider her breast implants as a source of her misery. Lochte had just had her second child and was often told her symptoms were normal—everyone with kids is tired, after all. But Lochte knew in her heart that more was going on. On her journey to find answers, Lochte saw one doctor who had a naturopath background, and she was the first one to suggest that the implants may be involved in her symptoms.

Lochte explains, “This doctor asked me questions about my parents, generational information; she just wanted to know a whole lot of what health looks like in my family and my bloodline, and all that kind of stuff. And then she asked about my surgeries and medical history. I let her know, I had implants. I was surprised, but she tells me, ‘hey, you need to get those out.’ I agreed with her, but it wasn’t my priority. My husband’s training for the Olympics at that point, and I didn’t think it was the source of my symptoms so I figured I’d just put it on the list and get it over with later.”

In order to diagnose her various symptoms, Lochte desperately sought experts in several specialties. “I went to an allergist, I went to an ENT, I was seeing a chiropractor, I was getting acupuncture, I was getting vitamin injections, I went to a dentist, I was pretty much trying everything, hoping to find a correlation.”

Lochte grimly recalled the experience, “They took like 15 vials of blood. And the only thing they could offer me was that my Omega 3 was a little low.”

Frustrated, Lochte tried everything the doctors suggested but nothing was improving. There still wasn’t a correlation in Lochte’s mind between her implants and her illness.

Lochte explains, “There wasn’t a magic, ‘aha!’ moment where I realized it was the implants. It was sort of a long slow trudge towards answers that never materialized. But I do remember just hearing people explanting and their symptoms disappeared, they just suddenly felt better. And I thought it was shocking—why weren’t more people talking about this?”

On March 10th, Lochte had explant surgery. Although it’s only been a few weeks, Lochte says she believes she’s on the mend. 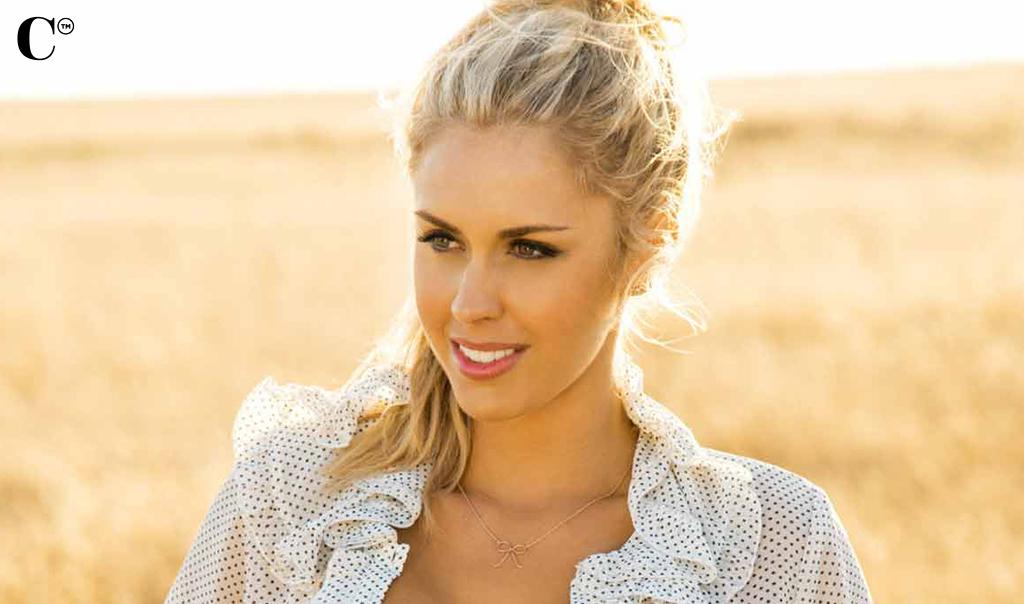 “Within 24 hours, my skin texture and tone improved. Right away, I noticed that difference. My eyes were clear and my dark circles disappeared. After surgery, you’re on pain meds and recovering from anesthesia so I can’t say I woke up from surgery with a burst of energy, but I think I feel better. I felt right in my skin. And a lymph node in my neck that had been huge for a long time—we had even scanned it with concerns that it was cancerous—it shrank after surgery. But I feel like it’s going to be a slow healing journey. I have to change my sheets every morning because I’m sweating out all these chemicals and metals. All of this toxicity. And I asked the doctor if it was normal and he said yes—your body just has to clean itself out.”

Once her surgeon had removed the implants, the doctor did find significant capsular contraction—which is a build up of tissue the body forms around foreign objects in an attempt to isolate and force the invading entity out.

Lochte’s slow path to healing is far from alone—more women are stepping forward and sharing their stories of how BII nearly stole their wellness for good. It’s an uphill battle though, because the FDA still won’t recognize it as  a diagnosable illness.

However, one woman who survived her own journey with BII is fighting in the halls of power to have it recognized and treated with the severity it demands. Dee Hicks, once nearly bedridden by her own Breast Implant Illness, has been working as an Explant Liason to help guide women desperate to find answers for their own mysterious and debilitating symptoms. Hicks is also fighting to press the FDA to recognize BII—which will help countless patients receive a diagnosis and start on their own healing journey.

All over the internet, you’ll find women sharing stories of how they became sick, lost weight and hair, and felt like they were dying years after getting breast implants. Although the plastic surgery industry has a lot to lose by allowing these voices a spotlight, they won’t be silenced. Explant surgery is becoming more and more popular as word spreads about BII. 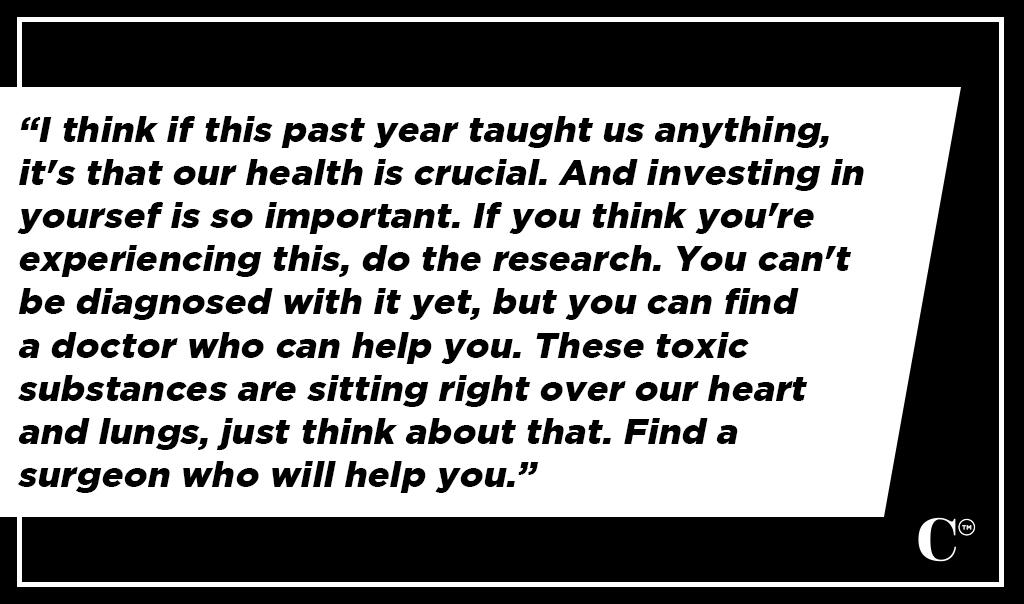 There are plastic surgeons who see these women and understand their needs, and a network of specialists who focus on explants has sprung up around this need. Lochte’s explant surgery was performed by Dr David Rankin, in Jupiter, FL. The Healing Breast Implant Illness website offers a small list of doctors from all over the country who can help with explant surgery. Lochte advises that doctors who perform the explant surgeries must be capable of performing En Block/ Total Capsulectomy procedures to remove all of the inflamed tissue in order to resolve the issue.

For Lochte, she has no plans to replace the implants for now. Reveling in her smaller breasts because she knows they aren’t making her sick, Lochte wants people to have awareness about BII—that it can happen, and that it might be responsible for their symptoms.

Lochte says that this year has taught her that health is so very important. She adds, “I think if this past year taught us anything, it’s that our health is crucial. And investing in yoursef is so important. If you think you’re experiencing this, do the research. You can’t be diagnosed with it yet, but you can find a doctor who can help you. These toxic substances are sitting right over our heart and lungs, just think about that. Find a surgeon who will help you.”

In a recent interview with People, Lochte added, “It’s insanity, how much it was affecting me and how sick they were making me,” she said.

Lochte encourages any of her followers who are dealing with similar issues to look into breast explant surgery.

“If you’re having any of these symptoms please look into it, consider it, because of how much better you can feel,” she said.