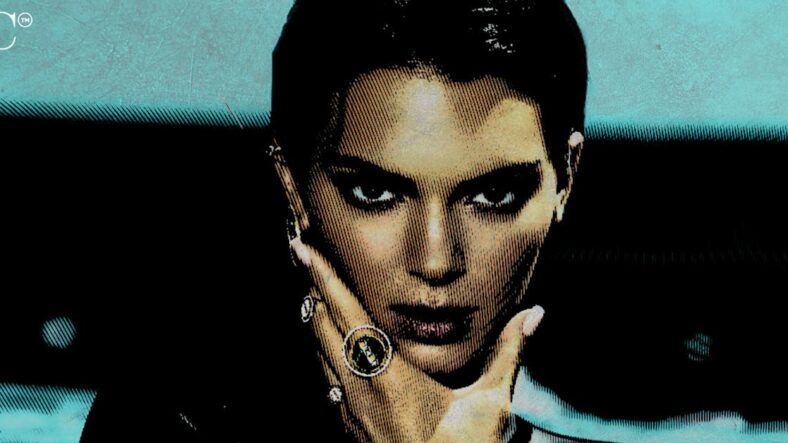 Scott Disick is really struggling with his place in the Kardashian/Jenner family ever since baby mama and ex Kourtney Kardashian got serious with now-husband Travis Barker.

And for a long time, Kendall Jenner was sympathetic – concerned about his feelings and trying to reassure him that he and their shared children were still welcome despite his concerns and constant complaining that he wasn't.

But even Kendall finally had enough on the most recent episodes of Hulu's The Kardashians, throwing up her hands and leaving it to mom Kris Jenner to call Disick to task.

At the time of the filming of the newest two episodes of The Kardashians, Kardashian and Barker were only engaged – but the pair has since married.

It's been clear to many for some time now that Scott Disick is not over his ex and baby mama Kourtney, and feels awkward trying to fit into the family as the father of their children.

Kendall, who has been sympathetic and patient with Disick over his broken heart and feeling left out, finally had enough.

Disick wouldn't stop complaining about being given the cold shoulder – asking why he wasn't invited to Kendall's birthday party. Kendall finally threw up her hands and walked away, leaving him standing with matriarch Kris.

Too Fab writes, "If I shouldn't be a part of this family anymore, I'd rather not be a part of it,' he said, as Kris said it wasn't fair for Kendall to be 'stuck in the middle' of him and Kourtney. 'She talks all this s— saying she sticks up for me,' he continued, getting pushback again from Kris — before adding, 'Nobody wants to deal with anything in this family, about anything.'

As Kris promised things will only get 'better and better,' Disick kept moping — telling her, 'Or worse, it could go either way.'"

Kendall immediately turned to sisters Khloe and Kourtney to vent about Kourt's relentless ex, saying, "He's talking through me the whole time and I'm like, I don't do that. I've been in enough toxic relationships, I can't stand it anymore, I shut off. I walked out mid-conversation."

Kendall opened up in a confessional, saying that she felt as though Disick was victimizing himself and villainizing everyone else.

Khloe tried to convince Kourtney to sit down with Disick and establish some boundaries so he wouldn't keep putting the rest of the family in the middle, when his real beef was with her.

But Kourtney isn't really feeling a talk with Disick.

Too Fab writes, "'I don't have the energy for this,' Kourt explained in a confessional. 'My head is on a different planet and I feel like I'm living a different life. I am unsubscribing from this drama.'

Khloe then ripped Scott's 'f—ed up' behavior toward Kendall. 'It's actually really f—ing rude,' she added, 'I'm sure it really f—ing sucks to see what you did to your life, because once you have to swallow that pill, it's a hard pill to swallow.'"

A few days later, however, Disick and Kendall sat down and talked things through. Kendall reminded Disick that things are still fresh and awkward for everyone, adding, "We love you and I obviously don't want any drama or anything weird happening."

Hopefully that creates an opening for the family to include Disick for a little more – and for him to be a little less weird about things.