Protests erupted overnight in Kenosha Wisconsin over the shooting of a Black man by police officers. The man, identified by 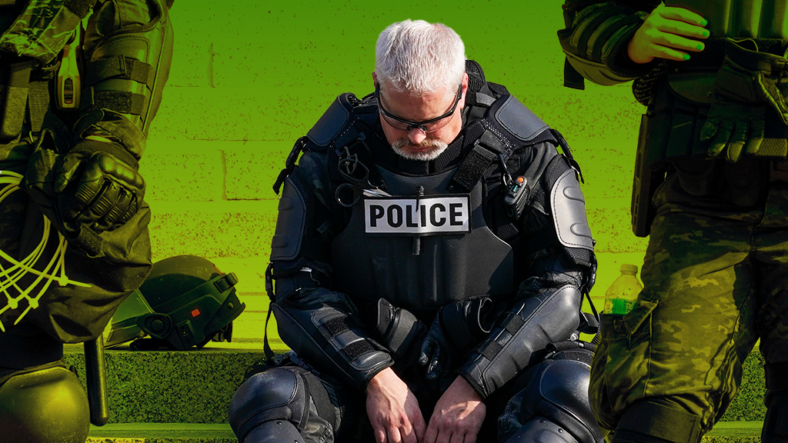 Protests erupted overnight in Kenosha Wisconsin over the shooting of a Black man by police officers. The man, identified by Governor Tony Evers as Jacob Blake, was shot several times at very close range, causing serious injuries. The incident is under investigation, but the public isn’t content to wait and see as protests spring up overnight in response to actions by the police that  many see as brutal and excessive.

What happened during the Kenosha shooting incident?

The Kenosha Police Department reports that the incident occurred around 5:11 PM on Sunday. Officers responded to a reported domestic disturbance around 5PM, but things quickly escalated. A graphic video shared on Twitter shows the incident from a building across the street.

What does the video of the shooting show?

In the video, a Black man in a white shirt is seen circling around a gray SUV. As he approaches the driver’s side door, onlookers can be heard screaming, one repeating, “Don’t you do it!”

The man in the white shirt, Blake, calmly opens the driver’s side door. Two officers follow closely behind with weapons drawn. One grabs the back of Blake’s shirt and attempts to pull him away from the vehicle. Blake appears to ignore the directions of the officers and leans inside the driver’s door, making no move to climb inside.

As Blake leans over, the officer pulling his shirt opens fire and 7 shots can be heard on the video. The officer is holding the gun a foot or two away from Blake’s back, and appears to shoot downwards. A horn can be heard inside the vehicle, presumably as Blake slumps over it while succumbing to injuries.

Jacob Blake’s sons were in the vehicle

Attorney Ben Crump, a Civil Right’s advocate and lawyer retained by the Blake family, tweeted on Sunday, “Confirmed: Jacob Blake’s 3 SONS were IN THE CAR he was getting into when @KenoshaPolice shot him tonight. They saw a cop shoot their father. They will be traumatized forever. We cannot let officers violate their duty to PROTECT us. Our kids deserve better!! #JusticeForJacobBlake” 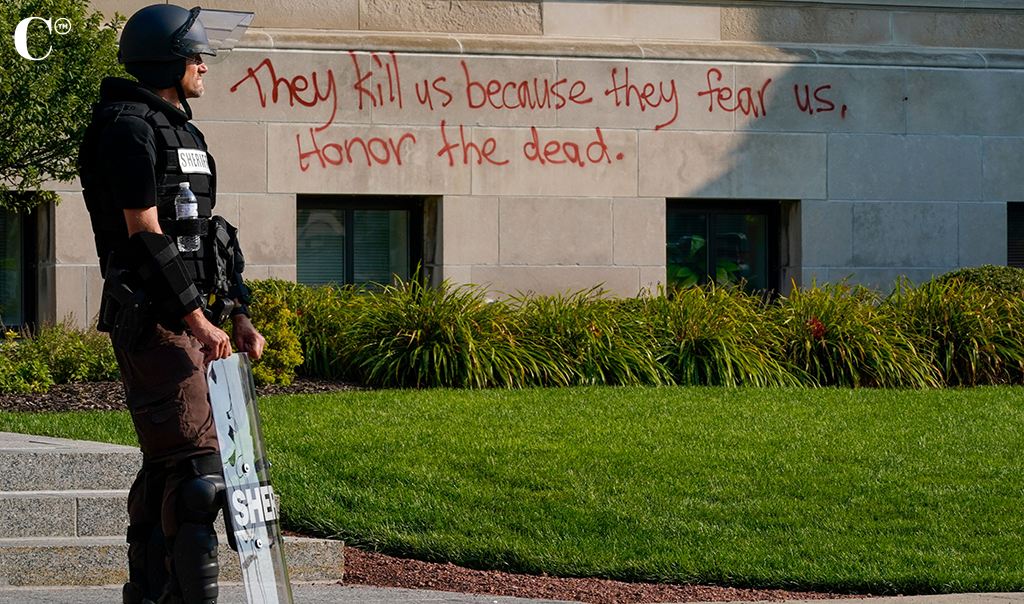 Governor Ever speaks about the incident

Evers was quick to issue a statement and offer his support for the Black Lives Matter movement and the heartbroken community he serves, saying, “Tonight, Jacob Blake was shot in the back multiple times, in broad daylight, in Kenosha, Wisconsin. Kathy and I join his family, friends, and neighbors in hoping earnestly that he will not succumb to his injuries. While we do not have all of the details yet, what we know for certain is that he is not the first Black man or person to have been shot or injured or mercilessly killed at the hands of individuals in law enforcement in our state or our country.

We stand with all those who have and continue to demand justice, equity, and accountability for Black lives in our country—lives like those of George Floyd, of Breonna Taylor, Tony Robinson, Dontre Hamilton, Ernest Lacy, and Sylville Smith. And we stand against excessive use of force and immediate escalation when engaging with Black Wisconsinites.

I have said all along that although we must offer our empathy, equally important is our action. In the coming days, we will demand just that of elected officials in our state who have failed to recognize the racism in our state and our country for far too long.”

Frustrations and heartache boil over

The governor’s reassurances did little to quell the heartache in the small Wisconsin town, which lies about 40 miles outside of Milwaukee. Reports that Blake was unarmed have fueled outrage and heartache, and an hour after the shooting, Black Lives Matter local community members had already arrived at the scene of the shooting to protest. Later that night, hundreds of people marched on the police headquarters in downtown Kenosha. As people looked to express their heartache and anger, vehicles were set aflame and protesters chanted, “We won’t back down!”

A county-wide curfew was put in place to expire at 7AM, and local 24-hour businesses were urged to consider closing amidst reports of looting and robbery. Officers fired tear gas at protesters who defied the curfew. City buildings remained closed Monday as a result of damaged sustained during the unrest.

The shooting did not occur in a vacuum

This latest shooting is just the most recent in a long line of officer involved shootings or killings of unarmed Black people, and protests have been raging across US cities in a summer full of anger and frustration. The Black Lives Matter movement has taken up the call, and supporters arrive to protests with signs that show support for people like George Floyd, Breonna Taylor, Tony McDade, Michael Brown, Tamir Rice, Eric Garner, Alton Sterling, Philando Castile, and Elijah McClain. Black Lives Matter was formed in the wake of the acquittal of George Zimmerman, who shot and killed unarmed teen Trayvon Martin in 2012.

In what is often described as the Second Civil Rights Movement, protesters have flooded US city streets since May, and clashes with federal and local law enforcement have raised questions about state overreach and the importance of defending the First Amendment. The First Amendment provides protections for citizens to speak freely without fear of reprisal from the government. Violent dispersal of protests have many wondering how far that protection extends. In July, masked Federal officers were seen grabbing protesters off the street in Portland, leading to renewed concerns that protesters’ rights weren’t being respected. 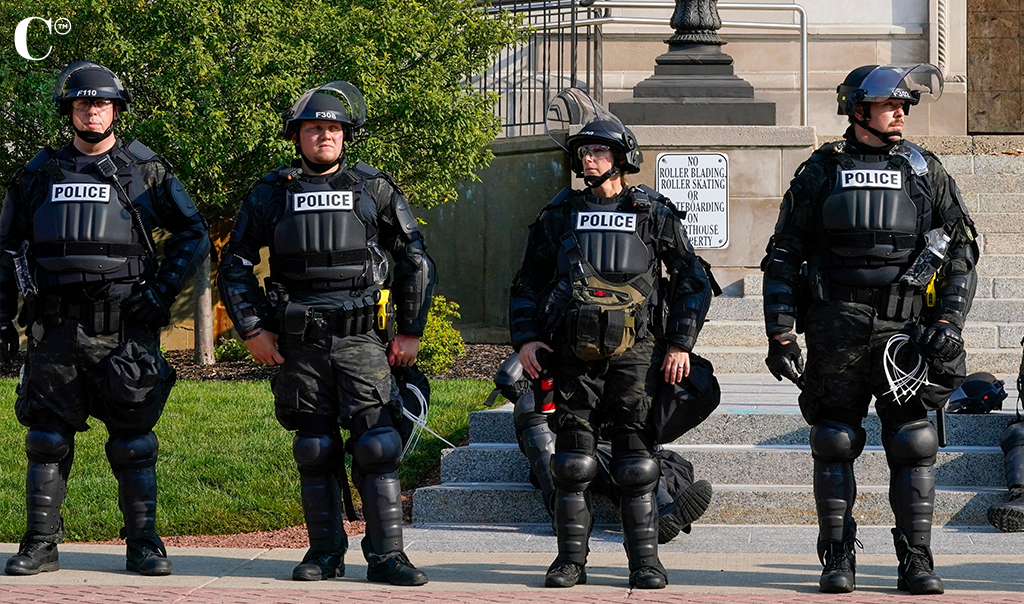 As in the case with Blake, critics of police policy see the excessive shooting of unarmed Black people as a failure on the state level. They demand policy changes that will require police officers to undergo more rigorous background checks, along with psychological screening. Protesters demand that officers involved in shootings be investigated by a third-party civilian oversight group as opposed to leaving the investigation to internal politics at police departments. The summer’s protests focus on a theme that the Black community and other minorities are systematically disenfranchised by the state in an attempt to suppress their ability to self-determine through voting. And that systemic racism is leading to excessive police-involved killings against minorities.

Despite the fact that officers report that they rendered aid at the scene of the shooting, Blake was transported to the hospital for emergency surgery and remains in the Intensive Care United (ICU) in serious condition. Witnesses as the scene claim that Blake was attempting to break up a fight between two women when officers arrived and the incident escalated. Police say they used a taser which Blake was unresponsive to. Debates across the country raged as people argued that Blake appeared to be resisting arrest, while others stand firm that Blake was unarmed and undeserving of 7 rapid, close-range shots.

The Wisconsin Department of Justice announced their intention to investigate the matter, with assists from the Kenosha County Sheriff’s Office. The officers have been placed on administrative leave, but their names have not been released.