Rosalía, the Grammy award-winning Spanish singer and songwriter, debuts her first partnership in the fashion industry by becoming the face 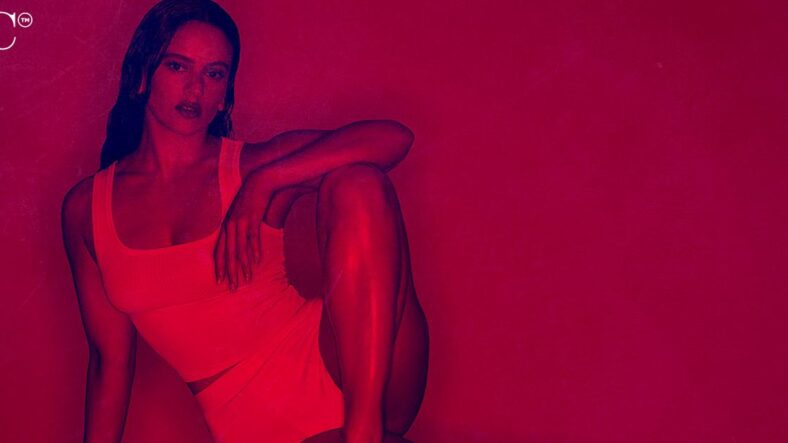 Rosalía, the Grammy award-winning Spanish singer and songwriter, debuts her first partnership in the fashion industry by becoming the face of the most recent SKIMS campaign. The content will also be the first bilingual branch out for the company, with the adverts being promoted in both Spanish and English.

Kim Kardashian, the founder of SKIMS spoke about the campaign, saying “Rosalía’s willingness to push the boundaries and experiment with her music and personal style has been a huge inspiration for me. This campaign is all about the energy and confidence that she brings to the world.”

Rosalía was quoted “I love SKIMS. They are so comfy and make me feel very sexy at the same time. I’m so excited that I finally got the chance to collaborate, especially in their Cotton Collection which is my fave.” The monumental campaign expands across both linear and streaming platforms, and it is highlighting one of the biggest names worldwide in the music industry right now.

The size and color inclusive shapewear line was co-founded by Kim Kardashian in 2019 and has only gotten bigger since. They offer advanced products that can either enhance curves or stretch to discreetly give a desired figure.

SKIMS sells directly through their online company, or is available for purchase in stores with select sellers including Nordstrom, Selfridges, SSENSE, Net-a-Porter, Lane Crawford, Holt Renfrew and David Jones.

By taking the campaign with Rosalía in this new and fun direction, the brand is exceeding in extending their image to be more inclusive and enticing to worldwide consumers. However, Rosalía isn't the first big name to be featured in a SKIMS campaign.

While it was the first time North was seen fronting her mothers own line, it was far from her first gig in the fashion industry. At just age seven, she had already walked on runways, been photographed on red carpets, and even performed during one of her father, Kanye West’s fashion shows.

The family is known for their different business ventures, with almost each family member either promoting or creating their own lines at one point or another. SKIMS, however, has taken off quite nicely and is well known for their high quality products and their versatile inclusivity. Including Rosalía was a smart move for the company, as her large and vast audience is now made included in the companies endeavors.