There has been a ton of news in the world of Kanye West and his wife, Kim Kardashian, over the

There has been a ton of news in the world of Kanye West and his wife, Kim Kardashian, over the past week and some days.

To review, West began last week with a campaign rally for his first bid to become the President of the United States. The rally was chock-full of bizarre moments that included outlandish comments about Harriet Tubman and a confession that he “almost killed” his daughter, North [Should you be interested, tee-shirts to support him for President are available here].

Then he went on a Twitter rant claiming Kardashian was trying to lock him up and that his mother-in-law, Kris Jenner, was not allowed around his children. This was all in the midst of him announcing his new album, Donda: With Child, which was supposed to be released last Friday and is still MIA.

Then, last Wednesday, West went on another Twitter rant in which he made some very serious allegations. Specifically, West claimed that Kardashian had tried to 51/50 him. A 5150 hold is where a person with mental illness can be involuntarily held in a psychiatric institution for up to 72 hours against their will.

In the same Twitter rant, West insinuated his wife had cheated on him with rapper Meek Mill. Then, yesterday, it was reported that Meek Mill had broken up with his girlfriend and baby Mama.

So What’s Going On Now? 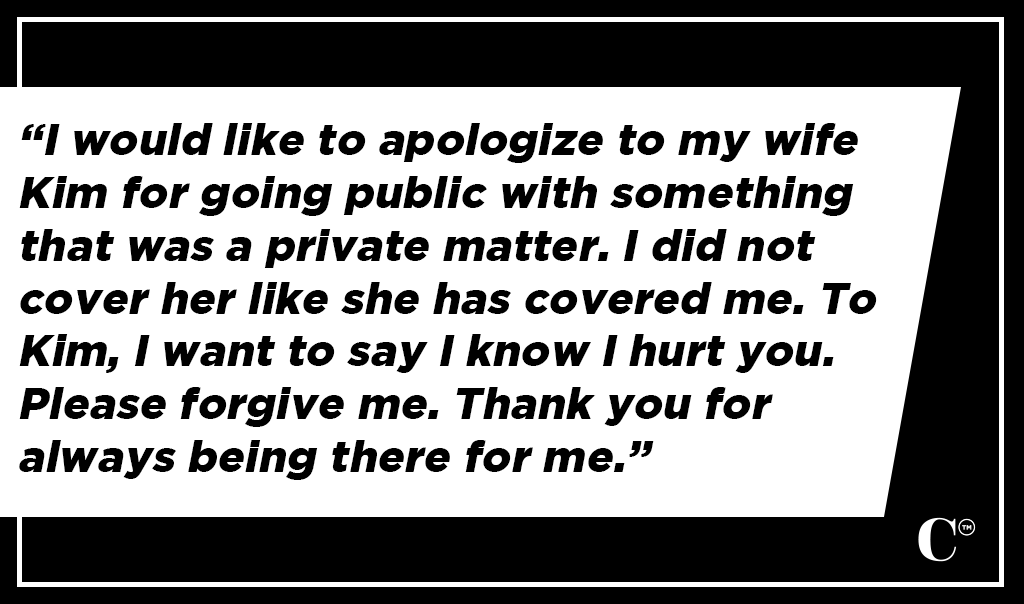 Yesterday, TMZ reported that West and Kardashian had finally reunited. As those who have been following the story know, West has been staying at his ranch in Cody, Wyoming. Based on his tweets, he didn’t seem to want to see Kardashian at first, although he did end up apologizing to her.

Specifically, he wrote in a tweet three days ago that “I would like to apologize to my wife Kim for going public with something that was a private matter. I did not cover her like she has covered me. To Kim, I want to say I know I hurt you. Please forgive me. Thank you for always being there for me.”

Kardashian also broke her silence on the ordeal last week, writing on her Instagram story that “As many of you know, Kanye has bi-polar disorder. Anyone who has this or has a loved one in their life who does, knows how incredibly complicated and painful it is to understand,’ she wrote. “I’ve never spoken publicly about how this has affected us at home because I am very protective of our children and Kanye’s right to privacy when it comes to his health. But today, I feel like I should comment on it because of the stigma and misconceptions about mental health.

“I understand Kanye is subject to criticism because he is a public figure and his actions at times can cause strong opinions and emotions,” Kardashian continued, addressing her husband and what’s been going on. “He is a brilliant but complicated person who on top of the pressures of being an artist and a black man, who experienced the painful loss of his mother, and has to deal with the pressure and isolation that is heightened by his bi-polar disorder. Those who are close with Kanye know his heart and understand his words some times do not align with his intentions.

When they reunited yesterday, TMZ noted in the photos they had that Kardashian and West “don’t look particularly happy.”

Later yesterday evening, TMZ obtained more photos of the couple stopping at Wendy’s en route back to West’s ranch. TMZ notes that you can see Kardashian crying in one picture, so it’s obvious whatever conversation they were having at that moment was clearly not a happy one.

Today, the news coming out continues to shock, as it has been revealed by US Magazine that, prior to the Twitter rants and drama beginning, Kardashian and West had spent WEEKS apart! 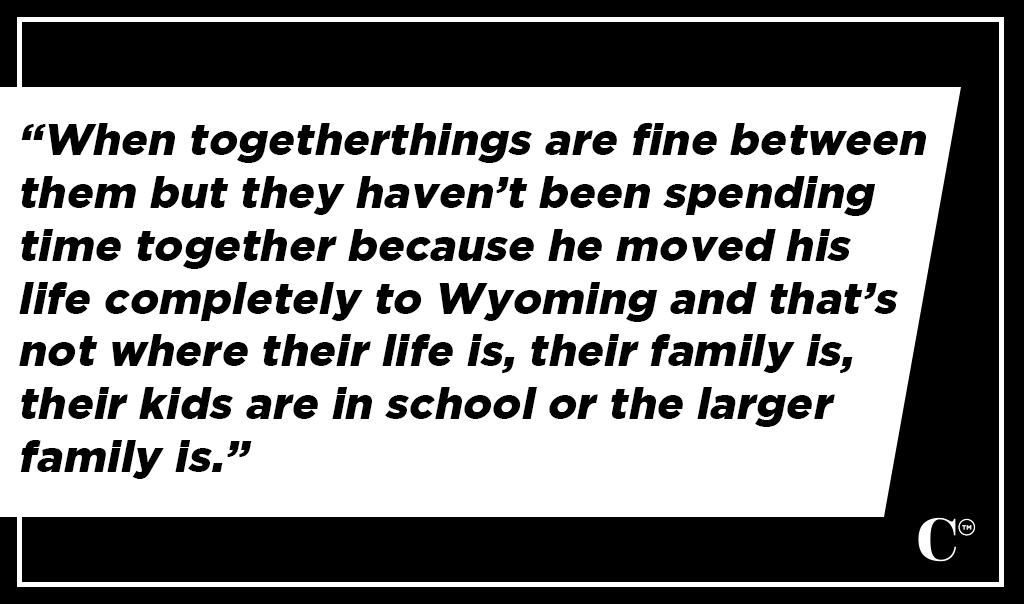 An insider dished to US Magazine that “Kanye has been in Wyoming for the last year. Kim goes about once every five weeks and brings the kids.”

“When together,” their source continued, “things are fine between them but they haven’t been spending time together because he moved his life completely to Wyoming and that’s not where their life is, their family is, their kids are in school or the larger family is.”

So Where Do Things Go From Here?

While their future remains uncertain, US Magazine had reported last week that Kardashian had been consulting divorce attorneys, but spoke to another insider who claimed Kardashian did NOT want to divorce West.

However, this source dished to them that Kardashian “envisioned spending the rest of her life with him, but at this point she has to get real for the sake of the family. The kids are the priority.”

What will inevitably happen remains to be seen, but we will keep you in the loop on this story as it continues to unfold.