With Don’t Be Tardy season 8 set to premiere next month, Kim Zolciak-Biermann should be riding high. However, after an 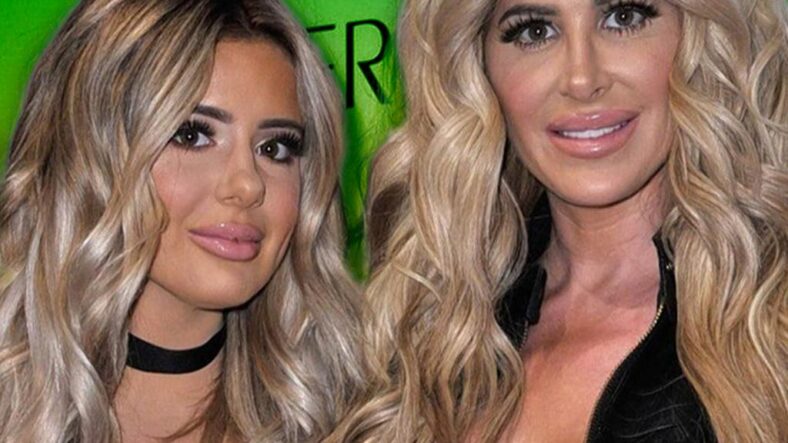 With Don’t Be Tardy season 8 set to premiere next month, Kim Zolciak-Biermann should be riding high. However, after an image circulated on social media of her adult daughter Brielle sitting on stepdad Kroy Biermann’s lap, the former Real Housewives of Atlanta star has had to address trolls.

What Was the Image, and How Were People Trolling?

Kroy recently celebrated his 35th birthday, and Kim prepared an amazing present for him. During the birthday dinner, Brielle sat on her stepdad’s lap and a picture was snapped. Brielle later shared the image on Instagram, and captioned it, “HAPPY BIRTHDAY to the most amazing father & man I’ll ever know. I couldn’t imagine a life without your hardworking, selfless, loving, caring self! I’m so proud of you and all you’ve accomplished we had too much fun last night i forgot to post yesterday, love love you dad!”

While the image looked completely innocent, trolls were quick to leap to conclusions. E! describes the trolls and Brielle’s responses; “‘Why you sitting on your momma husband lap?’ inquired one follower.

Brielle replied: ‘honestly bc i had no where to sit we were making jokes the whole time about him being Santa it was comedy’

In response to someone who asked whether Brielle and Kroy have ‘hooked up,’ Brielle snapped back: ‘do you hook up with your dad?’”

Kim Let Brielle Handle it Initially, But Had to Weigh In

Protective Mama Bear Kim initially intended to let Brielle handle it. The former RHOA star says Brielle is, “funny as hell,” and usually handles trolls easily. But eventually, Kim felt the need to stand up to the trolls harassing her husband and daughter.

Irritated by the trolls, Kim told Life and Style, “‘I think people are f—king really bored … I’m so blown away by the comments that people actually write and say,’ says the Dancing With the Stars alum. ‘But again, and I tell my girls this too, it’s a direct reflection of them. It has nothing to do with my life. I am who I am. I would never write a nasty comment to somebody.’”

Despite the Haters, the Biermann Family Has Good Things Ahead

Kroy had a wonderful birthday, despite the vitriol from the internet. Kroy spoke to E! about his birthday and said that despite the ridiculous controversy over the image, “It was fantastic. I couldn’t ask for a better relaxing day. I love to just hang out and basically take a breath. We always go to dinner and open the kids gifts, they make me cards, and have cake.”

On October 6th, fans can tune in to Bravo to see the back-to-back episodes for the season 8 premiere at 10PM EST. This season promises to be a wild one, as Kroy and Kim are taking all 6 children in an RV on the road for a cross-country adventure.