‘The Kissing Booth 3’ Finally Has A Release Date, Here’s Everything Else We Know So Far

It’s official, you guys — we finally have a release date for The Kissing Booth 3! That’s right, for those 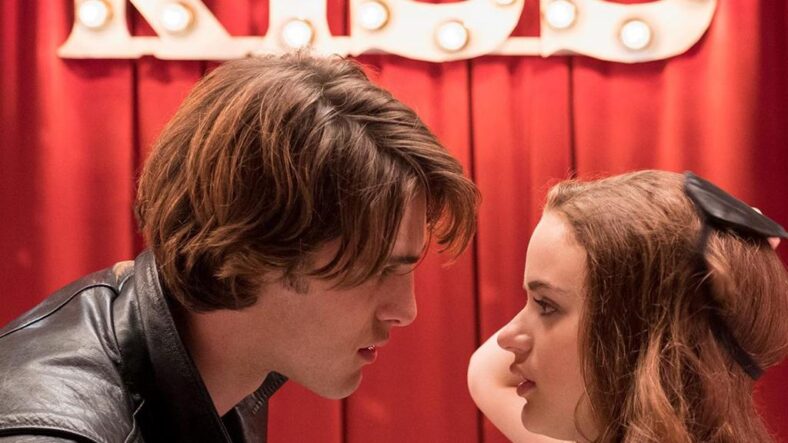 It’s official, you guys — we finally have a release date for The Kissing Booth 3! That’s right, for those who missed it, Netflix announced that they were making a third movie in the beloved series earlier this year, but they’ve kept the details under wraps since then. That’s why when Joey King announced that it’s going to hit screens in summer 2021 during the 2020 People’s Choice Awards, we all practically lost it.

“This year has been so weird. I’m not gonna be the first person to say that tonight on this stage. But the fact that our movie and my character brought some laughter to everybody at home, that makes me smile. That makes me feel so good. That makes me feel so happy. I want to thank our director, Vince Marcello. I want to thank Netflix,” the actress said while accepting the award for Comedy Movie Star. “And, also, I told myself that if I won, I would share a very exciting piece of news with everybody. So I want to tell you that The Kissing Booth 3, our final installment, is going to be released in summer 2021. I’m so excited! I wish it was tomorrow. I really wish it was tomorrow. Thank you guys so much! Thank you for loving this movie and for loving this character as much as I do. It just means so much.”

Wow, we’re officially counting down the days until next summer. But wait, what is the third movie going to be about, you ask? Who is going to star in it? Will the entire original cast return for The Kissing Booth 3? Has anyone new joined the franchise? And what have the stars said about it so far? Not to worry, you guys, because we rounded it all up for you. Here’s everything you need to know…

Will The Entire Cast Return For ‘The Kissing Booth 3?’

During a virtual Q&A with the cast, they confirmed that pretty much everyone from the previous Kissing Booth movies — including King, Joel Courtney, Jacob Elordi, Meganne Young, Taylor Zakhar Perez and Maisie Richardson-Sellers — is going to return for the third movie. This is the best news ever!

What Is The Third Movie Going To Be About?

As fans know, the second flick ended with a major cliffhanger. After their relationship was put to the test, King’s character, Elle Evans, promised to join Elordi’s character, Noah Flynn, at Harvard in the fall. But when she got accepted to both Harvard and UC Berkley, she was left with a serious dilemma.

“The Kissing Booth 3 is … I mean, listen, we meet Elle with quite the dilemma at the end of The Kissing Booth 2. With The Kissing Booth 3, we pick back up with that dilemma, and it presents some pretty serious challenges throughout the third movie,” King explained to Digital Spy in October 2020. “All the while, though, even though Elle is going through some very tough decisions, we are going to have even more fun with these characters than we did in the second one.”

The star also told Entertainment Tonight, “Elle has a lot of figuring out to do, and she figures out a lot during this movie. And then, in the end, she gives herself even more figuring out to do, which is crazy. Our fans loved the first one so much and they are ultimately how we got to do a second one, so if they are loud enough about this one, about hopefully making a third one, maybe Netflix will grant us the permission.”

What Else Has The Cast Said About It?

The director of the movie also spilled some tea on what we can expect to Variety in August 2020.

“Although The Kissing Booth is a romantic comedy, the heart of it is a coming of age story,” Marcello explained. “The third film is the culmination of this coming of age story — not just for Elle, but for Noah and Lee, as well. Although their paths are entwined, each has their own journey with a set of challenges that they need to overcome before closing the chapter of their lives that was adolescence and beginning their new journey into adulthood.”

Is This Going To Be The Last ‘Kissing Booth’ Movie?

Sorry, you guys, but it sounds like this may be the final part to the Elle and Noah’s story. How do we know? Well, while announcing that they were making a third movie, Netflix wrote, “The gang is gettin’ back together one last time.”

One last time?! Ugh. Plus, Marcello opened up to Variety about his plans to end the series once and for all in the third movie. “I’m most excited about giving fans a joyful and emotionally satisfying ending to The Kissing Booth. After all, the love they’ve shown for this franchise, they deserve nothing less,” he dished.