Kourtney and Travis Engaged, Plus Other Over-the-Top Celeb Proposals

Picture this: you’ve met The One. You’re ready to take it to the next level. You have endless amounts of 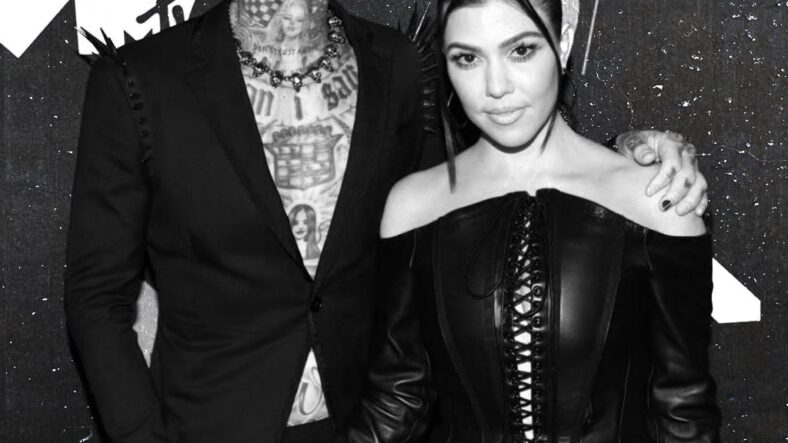 Picture this: you’ve met The One. You’re ready to take it to the next level. You have endless amounts of cash at your fingertips and planners at your disposal. Obviously, you’re not taking them down to the local McDonald’s to pop the question, right? This week, Travis Barker proposed to girlfriend Kourtney Kardashian, and it was just as over-the-top and ostentatious as you’d expect for a Kardashian girl’s proposal. CELEB takes a look at the happy couple’s big day, and other over-the-top celebrity proposals through the years. 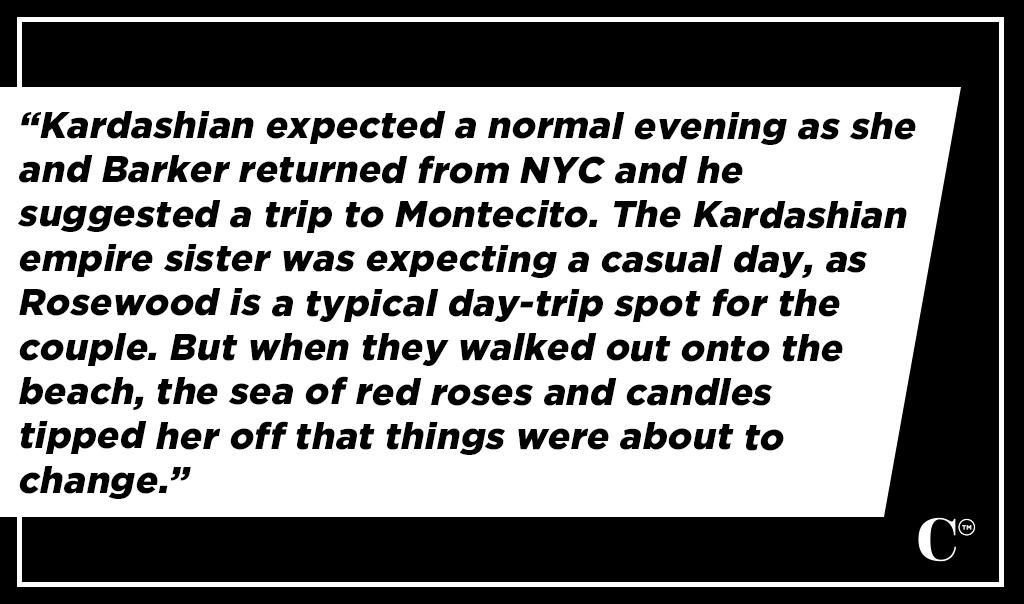 Kardashian expected a normal evening as she and Barker returned from NYC and he suggested a trip to Montecito. The Kardashian empire sister was expecting a casual day, as Rosewood is a typical day-trip spot for the couple. But when they walked out onto the beach, the sea of red roses and candles tipped her off that things were about to change.

Someone close to the couple gave E! News an inside glance at the moment, per Cosmopolitan: “The proposal featured a *very* impressive sea full of roses laid out on the beach, with the source adding that Kourtney quickly realised what was happening once she saw the display.

‘[Kourtney] knew the second she walked down the steps and saw the huge floral arrangements, that it was happening,’ the insider added. They continued, saying Travis got down on one knee and ‘professed his love for her and thanked her for making him a better person.’

‘It was super emotional and sentimental. Kourtney was so happy and was definitely emotional. She teared up and couldn’t stop saying, ‘I love you.’”

Kris Jenner, Khloe Kardashian, Kim Kardashian, Corey Gamble and Barker’s kids Alabama and Landon Barker were all in on the surprise and waited inside to congratulate the ecstatic couple. According to the source who spoke to E!, Kardashian had no idea the moment was coming despite the fact that the couple has been talking marriage and babies since they got serious in February. Barker’s kids are excited for them, and the Kardashian/Jenner family seems happy to welcome Barker so it would seem all is well. And, all things considered, a multi-thousand dollar sea of roses spread over a beach isn’t as wild as it could have been. 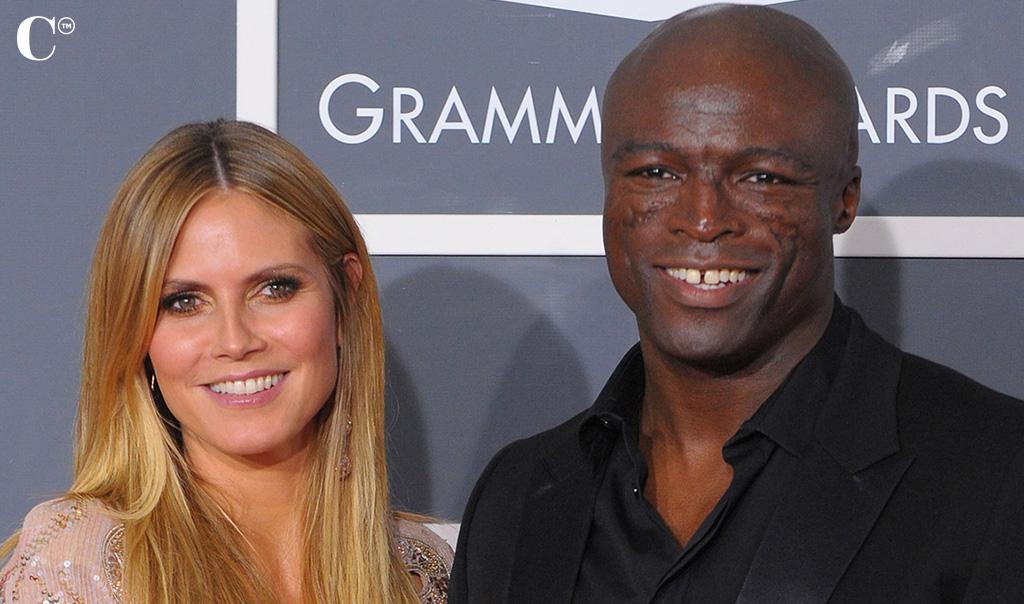 Consider, if you will, some other celebrity proposals throughout the decades that have really put the “pro” in “proposal.” Some celebs believe that the bigger their display of intent, the better the marriage. That hasn’t always panned out, but it’s fun to look back anyway and see who took it to the next level:

While most of us don’t have the resources celebrities do to make our proposal dreams come true, we can imagine. And these sweet proposals definitely get the imagination fired up. 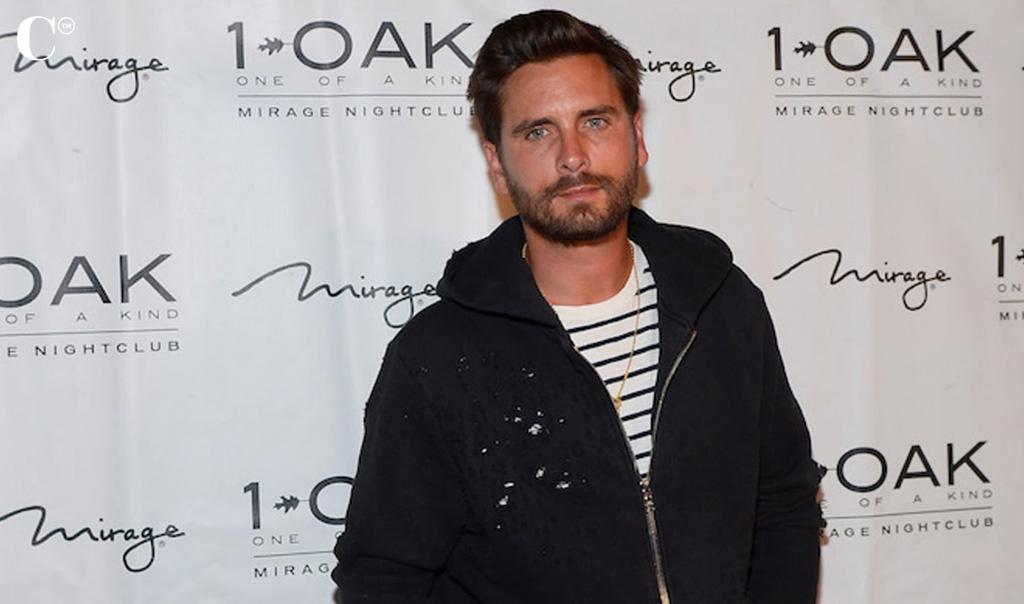 But what happens when the happy couple leaves a glowering ex in their wake? Reports from Kourtney’s engagement suggest that ex Scott Disick is not happy about the whole thing. Disick is the father of the former couple’s three children. Per a source,Entertainment Tonight reports, “‘Scott is stewing over Kourtney and Travis’ engagement and not happy at all,’ the source says. ‘He’s lonely right now and not in a relationship, and is very jealous that things are working out for Kourtney. Scott would prefer to go back to when him and Kourtney were just getting along as co-parents without anyone else in their lives romantically.”‘

And a source who spoke to PageSix added, “Scott is going crazy. He’s going to go off the deep end. It’s really bad. It’s about to get dark.”

This isn’t the first time sour grapes have gotten in the way of a happy celebrity couple’s future. When you move on and take a monumental step like dating someone new publicly or getting engaged, you surely hope that your name stops appearing next to that of your ex in the headlines. But as Kardashian and Disick prove, that isn’t always the case. Let’s take a look at some of the other times unhappy exes have stayed in the picture:

Sometimes the best revenge you can get on a bitter ex is success and happiness. And we wish Kourtney and Travis all the best in their new life together. Hopefully, Kardashian and Disick can continue to co-parent peacefully.