It's officially official (for real this time). Kourtney Kardashian and Travis Barker have officially tied the knot and gotten married, 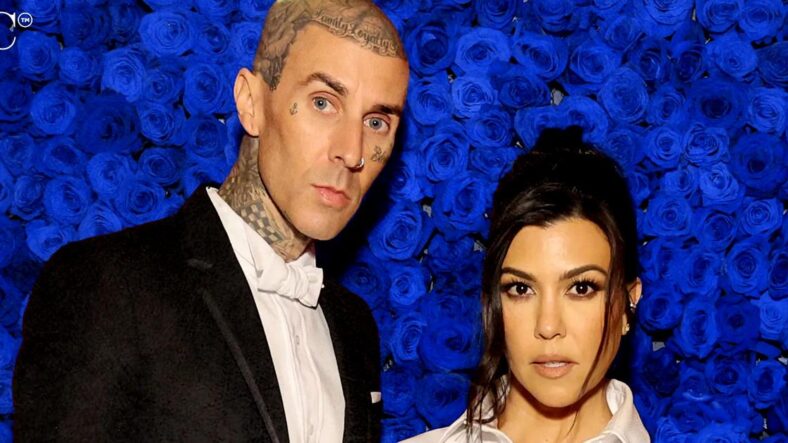 It's officially official (for real this time). Kourtney Kardashian and Travis Barker have officially tied the knot and gotten married, in a small ceremony in Santa Barbara.

This comes on the heels of a bizarre fake-out "practice" wedding in April that initially left fans wondering if they were officially married or not. Now we know for sure, and the happy couple was able to include loved ones in their big day.

From Practicing Vows to Real “I Do’s”

Dearly beloved gathered together on Sunday to hear Kardashian and Barker exchange vows in a small Santa Barbara ceremony.

TMZ broke the news that the couple was pictured in wedding attire on the steps of the Anacapa courthouse, surrounded by loved ones.

After exchanging vows, the newly married duo hopped into a black convertible with a "just married" sign. Kardashian looked radiant in a short white wedding dress with a long vail, and Barker looked suave in an all-black tux.

And it's not just practice this time. Per TMZ, "Sources close to the couple tell TMZ … yes, they got the legal paperwork in order Sunday — so they are, in fact, married now. They're going to be having an actual wedding ceremony in Italy in the near future. We're told it's Kourt's grandma and Trav's dad in the photo with them."

While it seems like (another) abrupt move for the pair, it's all part of a bigger plan for an Italian wedding in front of a larger crowd of elite guests. People spoke to a source close to the couple who explained, "They had to legally get married first ahead of their big Italian wedding, which is happening very soon. All the details are set and the whole family, including all the kids, are very excited."

So ceremony number two is on the books now and they're eyeing that romantic Italian getaway for ceremony number three. While a courthouse wedding is a little off-brand for the Kardashians, three ceremonies is entirely on-brand.

Congratulations to the newlyweds!

Is “Kravis” a Walking Red Flag?

Of course, not everyone is celebrating the nuptials.

Some fans are very concerned about what they consider to be "red flags" in the relationship between Kardashian and Barker, who have been together since January 2021.

Since getting with the rock star, she's begun dressing more darkly and in a "punk" aesthetic, which fits with Barker's look.

And she's also been open about struggling with depression, which some say shouldn't be the case while still in a relationship's honeymoon phase. However, depression can strike at any time – so that may not be the best indicator of a problem between the two. Kardashian also chalks up her depression to the medication she's taking to try to conceive a baby with Barker. Fertility medication is known to come with many side effects, so that sounds like a reasonable explanation.

Beyond that though, the couple has recently faced criticism for what many see as excessive PDA. On a recent episode of the Kardashians, the couple was touring a house and decided to go for a little bump'n'grind and play up for the cameras the fact that people find them to be a little too touchy-feely in public.

While they were clearly mocking the people who find their PDA excessive, it should be noted that they made the realtor uncomfortable enough to leave – and probably should have sought consent to make their point on camera.

So is "Kravis" a walking red flag or just a new couple deeply in love? Time will tell, but for now – they're definitely finally probably really married.