Kris Jenner appeared on the September 24 episode of The Ellen Degeneres Show, where she opened up about the end 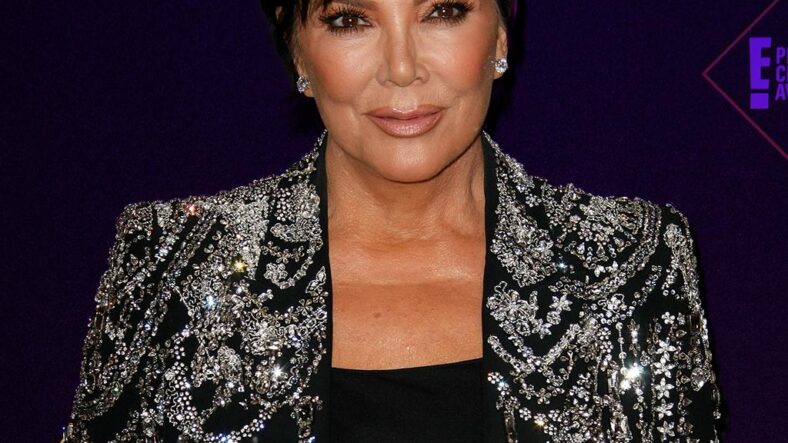 Kris Jenner appeared on the September 24 episode of The Ellen Degeneres Show, where she opened up about the end of her family’s E! Network reality show, Keeping Up With the Kardashians, and addressed the ongoing rumors regarding her possible addition to The Real Housewives of Beverly Hills.

Following Kim Kardashian’s September 8 announcement regarding the final season of their show, Kris explains why the decision was made to end the series before admitting to being open to the idea of joining her longtime friends, including Kyle Richards and Lisa Rinna, on the Bravo series.

“It was kind of sudden,” Kris admitted to Ellen on Thursday, according to a sneak peek clip shared by Entertainment Tonight. “I think we were talking about signing up for another couple of years with our network and suddenly just came to the decision as a group that the whole family felt it was time.”

“It just sort of came to us and we thought, 20 seasons, 14 years, hundreds of episodes and lots of spin-offs,” Kris explained.

Looking back at the start of her family’s series, Kris said that when they began, social media wasn’t nearly what it is today.

“It’s so weird to think when we started the show, there was barely Twitter. There were no other social media platforms; there was no Instagram, there was no Snapchat. There were no grandchildren. People weren’t married or divorced,” she said. “It’s just so crazy that all of this has happened and to look back and think that I have the most amazing home movies in the world.”

Khloe Kardashian Was the Saddest Member of the Family

While saying goodbye to the series is certainly sad for the Kardashian and Jenner crew, Kris told Ellen that daughter Khloe Kardashian was taking the news the hardest.

“I think the most emotional is Khloe,” Kris revealed. “We all got so emotional when we had to break it to the crew because we’ve been with the same crew basically day one, season one. The first thing we’ve ever shot, we’re still with the same showrunner and the same production company. So it was really emotional because they’re now extended family to us.”

Following Kris’ announcement to her crew, which her family took part in, Khloe chose to spend some more time with her teammates as the rest of the reality stars returned home.

“I think Khloe was probably the one who’s the saddest about it all. And actually after we told the crew and everybody had gone home, Khloe stayed there with the crew for hours, reminiscing about old times. I’m like, ‘Khloe, you’ve got to go home now, honey.’ She was pretty torn up about it,” Kris continued. “… It’s been such an amazing journey. This chapter in our lives has been amazing. We’re just so appreciative and grateful and blessed to have had this experience.”

As for the rumors suggesting she could join the cast of The Real Housewives of Beverly Hills once Keeping Up With the Kardashians‘ final season airs, Kris said that while she is open to filming scenes for the hit show, she does not believe that a full-time role would be cohesive with her lifestyle.

”I think I would do it just to go on once in a while and be with my friend, Kyle Richards. But as far as me joining a show like that regularly, there’s just too much going on in my life,” she shared.

Kris also said that when it comes to her persona, she does not believe someone like her is needed on the show, even though the series is down two cast members following the exits of Denise Richards and Teddi Mellencamp in recent weeks.

“They do not need a Kris Jenner on that show. They are doing just fine,” she stated.

Andy Cohen Would Like to Have Kris on RHOBH

Earlier this month, as reported by Entertainment Weekly, Andy spoke about the possibility of Kris being included in an upcoming season of The Real Housewives of Beverly Hills on his SiriusXM radio show, Andy Cohen Live.

“I got so many DMs and tweets saying Kris should join the Housewives — she is good friends with Kyle [Richards], this should happen, make it happen,” the Real Housewives executive producer said at the time. “And then I tweeted that I would be talking about it on the radio today and I got a whole bunch of tweets saying don’t do it. It’s so interesting to me.”

“I think it would be a huge get,” he said. “By the way, she is already connected with the cast. She’s good buddies with Kyle, no joke. She knows everyone on the show. She is buddies with [Lisa] Rinna, I think.”

While Andy would love to welcome Kris to the Bravo family, he said that when it comes to having her sign a deal with the network, he doesn’t believe they would be able to come to an agreement. After all, at the moment, Kris has complete control over what scenes air on Keeping Up With the Kardashians and likely would want that same control if she came to The Real Housewives of Beverly Hills.

“I don’t think she would do it. She is leaving a show for which she has total control over. Why would she leave and join a show that she has no control over?” he asked. “She wouldn’t be an executive producer of the show, she wouldn’t have control over the edits, so I think for someone who is used to having so much power over a show, I can’t see her surrendering that power.”

Also during her interview with Ellen, Kris spoke about the possibility of her family expanding beyond 10 grandchildren.

“I keep thinking that’s a lot of grandkids, but you never know… You never around here,” Kris said of more kids being added to her family in the coming years. “Like I said, I never count anyone out for the count. You never know what’s going to happen. That’s why we’ve been around for all these seasons, 20 seasons.”

Khloe and Robert Kardashian have one child each, including True and Dream, respectively, as does Kris’ youngest daughter, Kylie Jenner, who welcomed daughter Stormi with ex-boyfriend Travis Scott in February 2018.

The final season of Keeping Up With the Kardashians, season 20, will air in 2021.

Tags: KEEPING UP WITH THE KARDASHIANS RHOBH