Kristen Bell on Supporting Dax Shepard Through Relapse: ‘He’s Very, Very Worth It!’

16 years of sobriety is now in danger after actor Dax Shepard suffered a relapse. Now, his wife and actress 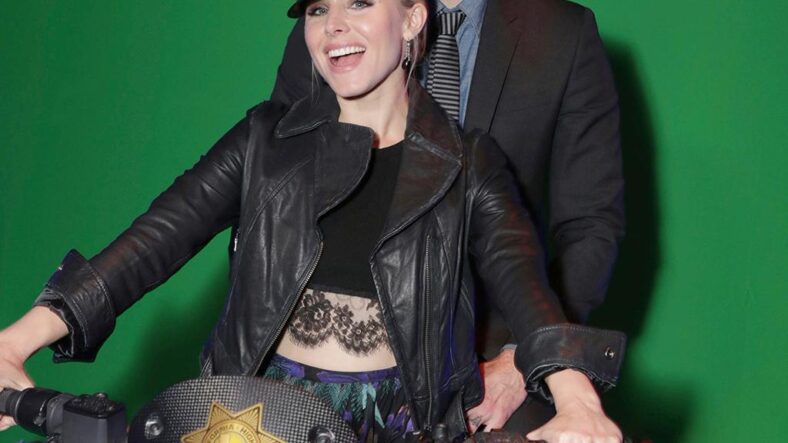 16 years of sobriety is now in danger after actor Dax Shepard suffered a relapse. Now, his wife and actress Kristen Bell is speaking publicly about her decision to support Shepard through relapse, and her motivation for staying by his side.

Dax Opens Up About Relapse

In September, Shepard opened up on his podcast, Armchair Expert, about his relapse. 16 years sober from cocaine, drinking, and other drugs, Shepard said this relapse found it’s roots in his father’s 2012 death, after receiving an opiate prescription for a motorcycle accident. Shepard and his father shared addiction in common, and the actor admitted to taking percocet with his father as he was dying from cancer. Afraid he was spiraling, Shepard came clean to wife Bell and she continued to help him by doling out his medications and holding him accountable.

Shepard opened up about the cascade of events that led him to opening up to wife Bell and podcast co-host Monica Padman about his addiction spiraling.

The LA Times shares, “‘I still feel very proud that I haven’t drank or done cocaine in 16 years,’ he said. ‘And also, I have not been sober in the way I would like to be sober — where you don’t have secrets, and you’re not afraid to tell people about the gray area you’re going through. And that’s my failing. … I was not trusting enough of the people who love me to let them in on the struggle.’ 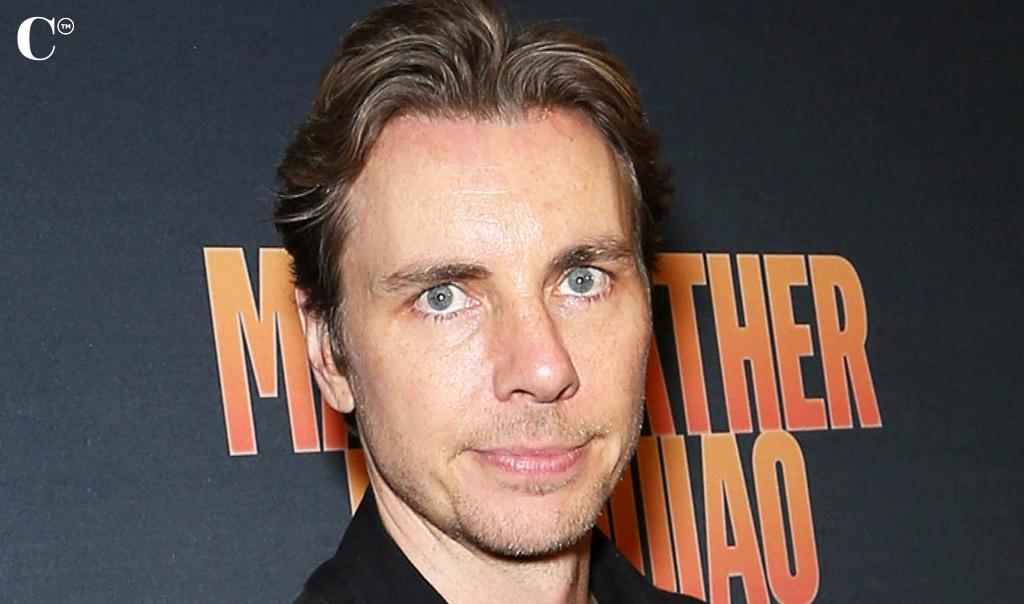 After opening up to his loved ones and his Alcoholics Anonymous support group, Shepard admitted, ‘The outcome wasn’t anything like I feared it would be.’

‘There was so much understanding and kindness and unconditional love,’ he said. ‘It’s the only experience I can remember having that was just grace — the definition of grace — and it was very emotional. It was a really, really surreal experience. And when it was over, I actually, mentally — for the first time in a very long time — felt optimistic.’”

Shepard admits that a prescription that was under control this year quickly spiraled and soon he found himself taking eight 30 milligram oxycodone pills a day, an immense and dangerous amount. Attempts to detoxify himself without seeking help failed, and Shepard panicked. After opening up to Padman and Bell, Shepard’s healing began. 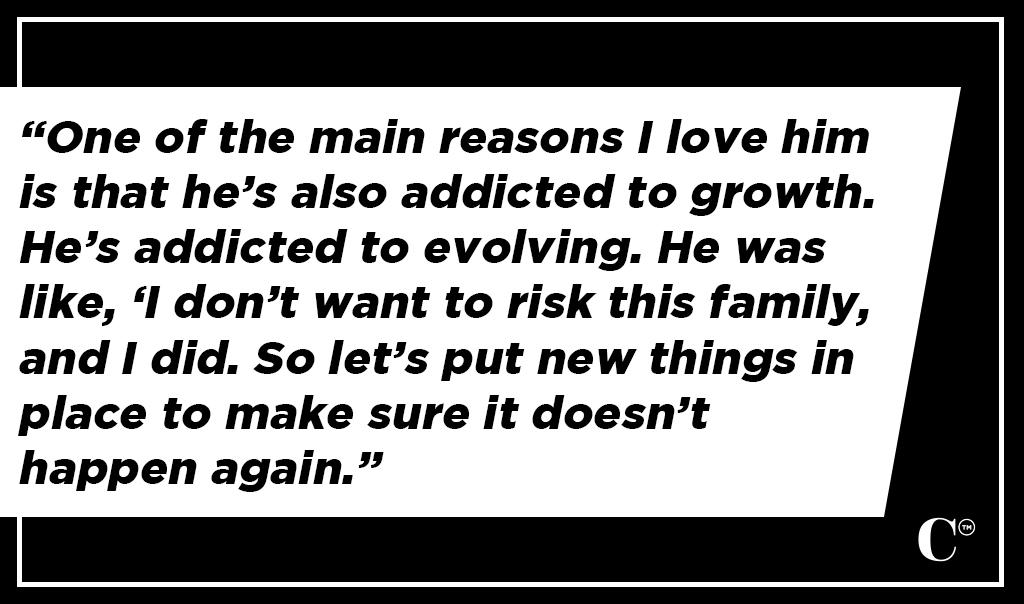 On the Ellen Show,Bell was candid about her feelings on Shepard’s relapse. After host Ellen DeGeneres asked, “Dax was recently honest about that he strayed from sobriety.”

When asked how Shepard was doing after suffering a setback to his 16-year sobriety, Bell explained, “He’s actually doing really great. Everyone is up against their own demons. Sometimes it’s anxiety and depression, sometimes it’s about substance abuse.”

The Good Place actress continued, “the thing I love most about Dax is, A, that he was able to tell me, and tell us, and say, ‘we need a different plan.’ We have a plan. If he has to take a medication for any reason, I have to administer it. So he was like, ‘we need a stronger plan. I was faltering and I have to do some emotional work to figure out why I wanted to use again.’”

Bell added, “one of the main reasons I love him is that he’s also addicted to growth. He’s addicted to evolving. He was like, ‘I don’t want to risk this family, and I did. So let’s put new things in place to make sure it doesn’t happen again.’ …I will continue to stand by him, because he’s very, very worth it.” 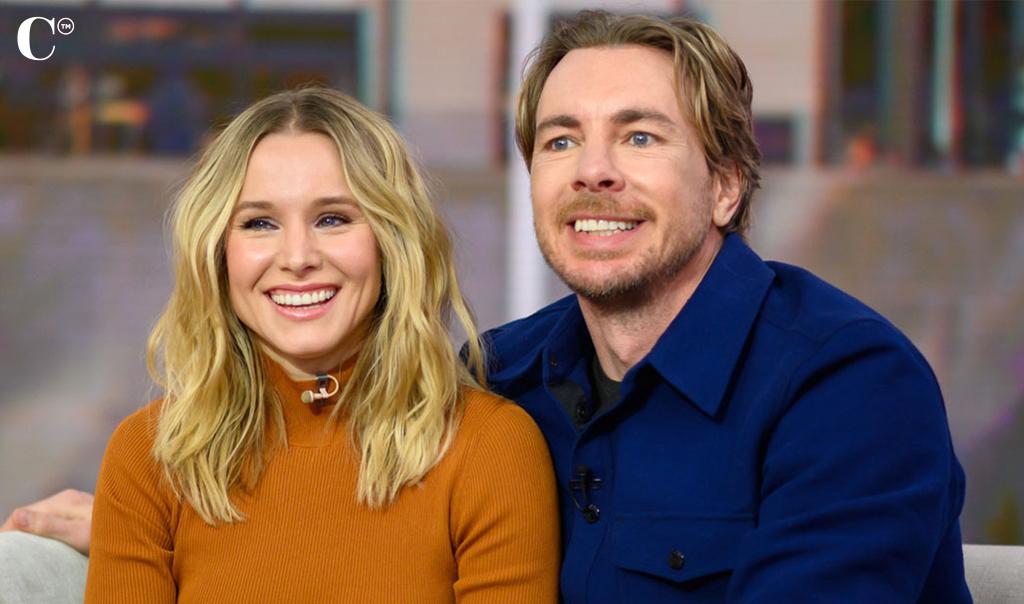 Shepard and Bell being open about his struggle to maintain sobriety may help families across the country. There often isn’t a public dialogue around relapse and how to handle it as a family. Openly addressing the way someone can relapse and yet stay on track is an important thing for addicts to hear. One relapse doesn’t define a journey, and doesn’t spell certain failure.

On Armchair Expert, Shepard said, “I’ve known intellectually that things are going to get worse. That each encounter with it has gotten more shady and more dangerous. And I recognize that the next go-round would be, ‘Oh I can’t get pills, let’s snort heroin.’ And I’ve had a lot of friends I’ve watched go through this whole cycle, and I finally have the humility to say, ‘I will not be any different. I will not be special, I will not be smarter. I will be exactly like everyone else.’”