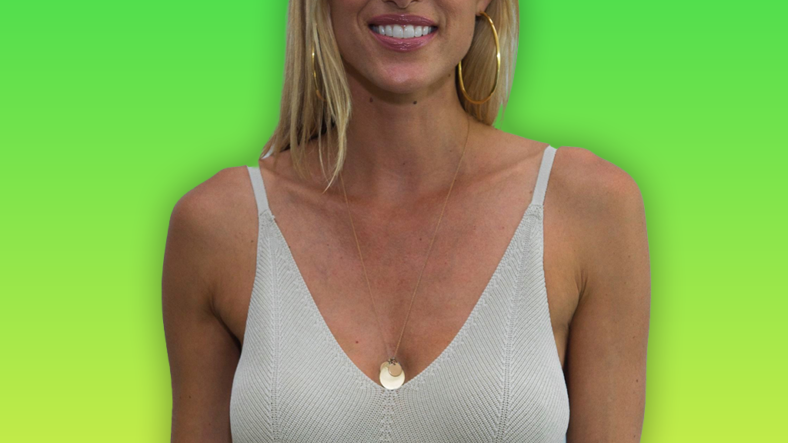 Kristen Taekman is ready to see the OGs of The Real Housewives of New York City move on from the Bravo reality show.

On the heels of Dorinda Medley‘s unexpected exit from the series, Kristen, 43, admitted that when it comes to the older group of women remaining on the series, including 63-year-old Ramona Singer, 56-year-old Sonja Morgan, and 55-year-old Luann de Lesseps,

“I think we need three more Leahs. I think [Leah McSweeney is] amazing. I was actually thinking about that yesterday. I think she’s the most amazing addition to the cast,” Kristen said of the 38-year-old during an interview with Derek Zagami on RealiTea with Derek Z.

In addition to enjoying Leah, Kristen revealed she is also a big fan of 45-year-old Tinsley Mortimer, who left her role on RHONY at the end of last year after getting engaged to on-again, off-again flame Scott Kluth in November.

Because she moved to Chicago to be with Scott immediately after he proposed, Tinsley chose to step away from her role on The Real Housewives of New York City and will not be featured when the series returns for season 13 next year. Instead, Leah and her cast mates will be joined by at least one new wife when filming begins.

Looking ahead to the new season, Kristen told Derek that she’s ready for the older women to “step down” from their full-time spots.

“I think it’s time for some of the older OGs to kind of step down and be a friend of. The [storylines are] so old [and] I think it’s time,” she explained. “I would rather see a couple of those women still be in the fray but we don’t need to know about their storyline anymore.”

As RHONY fans may have seen, Kristen was involved in a bit of a social media feud with Ramona and her daughter, Avery Singer, earlier this year after the two women dissed her in a series of Instagram Stories shot from Mario Singer’s home in Florida, where they were quarantining.

“She’s a nobody. She wasn’t on the show for very long,” Ramona stated.

In response to the social media beef, Kristen told Derek that she and Ramona don’t exactly have a bad relationship.

“I just think Ramona doesn’t think before she speaks, ever. So I’m just going to go with, ‘I don’t really care,’” Kristen said in response to Ramona’s mean comments.

While Kristen isn’t upset with Ramona over her diss, she did say it was a bit strange to see Ramona engaging in such negative behavior with her daughter.

“I do think it’s kind of crazy when you bring your daughter into not nice behavior,” Kristen admitted. “I personally don’t teach my daughter to act like that, especially to someone that she doesn’t really know. I just think it’s so tacky. I think there’s so many other ways to fire back at people. But it’s so rude, you know?”

“I mean, I can understand Avery doesn’t remember me or doesn’t know who I am. That’s fine. But I think there’s a nice way to publicly say something like that, especially when I have beef with Ramona,” she continued. “I’m clearly, you know, I’m not like clawing to get back into the show. [So] it’s like, let me be.”

Following Ramona and Avery’s diss on their Instagram Stories, both Kristen and Ramona commented on the shade during separate interviews with Page Six.

In Ramona’s statement to the outlet, she said that when it came to her former co-star, she doesn’t have any issues with her. 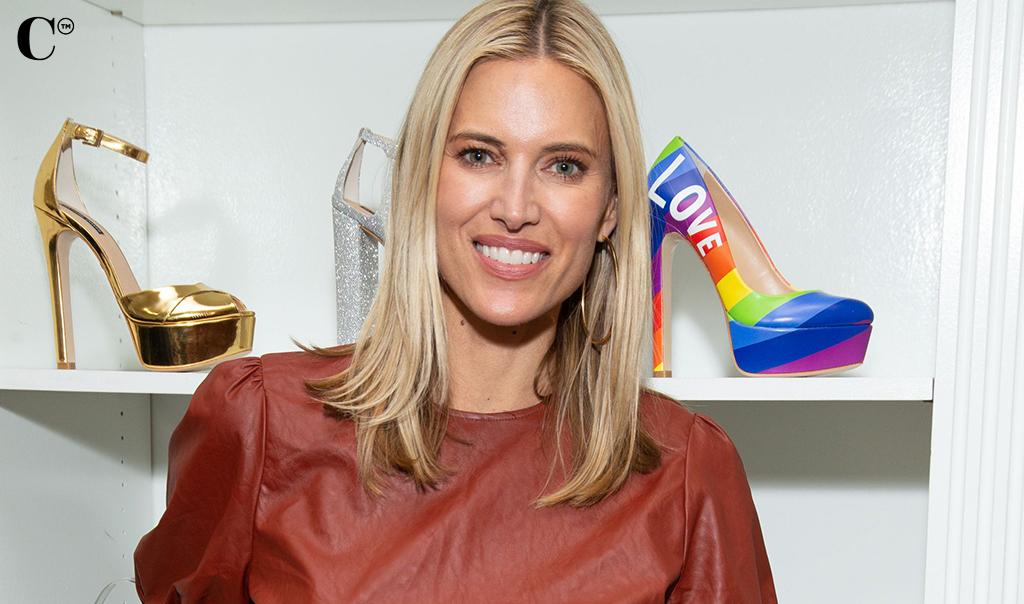 “I was trying to be playful and funny. They’re both my friends and I support them in all their endeavors. I was just joking. Maybe my delivery was bad!” Ramona shared.

As for Kristen, she offered a comment true to the franchise, saying, “Why don’t you learn to take Luann’s advice and ‘Be cool, don’t be all uncool!’”

Kristen Taekman Has Moved to California

During another segment of her interview with RealiTea With Derek Z, Kristen confirmed that she and her family, including husband Josh Taekman, have temporarily relocated from New York City to Los Angeles.

“Breaking news! I haven’t actually told anybody yet but we rented a house for a year in L.A.,” Kristen shared.

According to Kristen, she and Josh decided to rent their new home on the west coast because they both have family in the area and prefer to homeschool their kids somewhere warm.

“It’s one of those things where, you know, I’ve got family here. My husband’s family is out here and my son was born here. I lived here for like, six or seven years and then we moved back. So we started in New York, moved out to L.A. for six years, had my son and then moved back to New York. But just because of the climate of everything right now, we said, you know what, we come out to L.A. every summer for at least a month or six weeks. And this summer we were like, you know what, let’s just stay,” Kristen recalled. 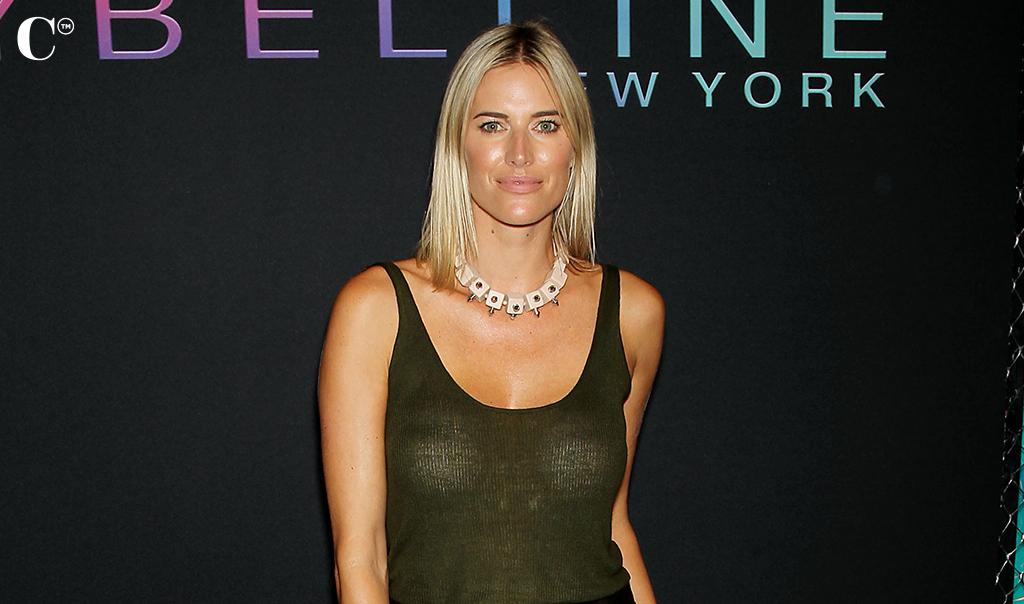 “If we are going to homeschool indefinitely, I’d rather homeschool with good weather, no winter,” she continued. “I’m going to give myself a year and see what happens and New York is always going to be there. I miss New York for sure but the New York that I miss is not really the New York that’s there right now. I think New York City… she needs a minute. And I’ve got to tell you, I’ve been there through thick and thin with that lady of a city and I also need a minute. What’s wrong a little sunshine for a second.”

Kristen then weighed in on the affair drama between Denise Richards and Brandi Glanville, which has been a hot topic in recent weeks on The Real Housewives of Beverly Hills.

While Kristen has been close friends with Brandi for decades, she hasn’t yet spoken to Brandi about her supposed hookups with Denise.

“I mean, she told me back when they were filming it that something was going on with her and Denise but she didn’t give me any details and I had no idea that it would be this so I didn’t really ask,” Kristen explained. “And we have been meaning to get together so hopefully this weekend I’m going to see her. So you’ll have to check back in.”

As for how Brandi has been holding up amid the drama, Kristen said she’s “doing good.”

“I mean, Brandi can weather any storm [but] this situation is a little nuts if you ask me,” she stated.