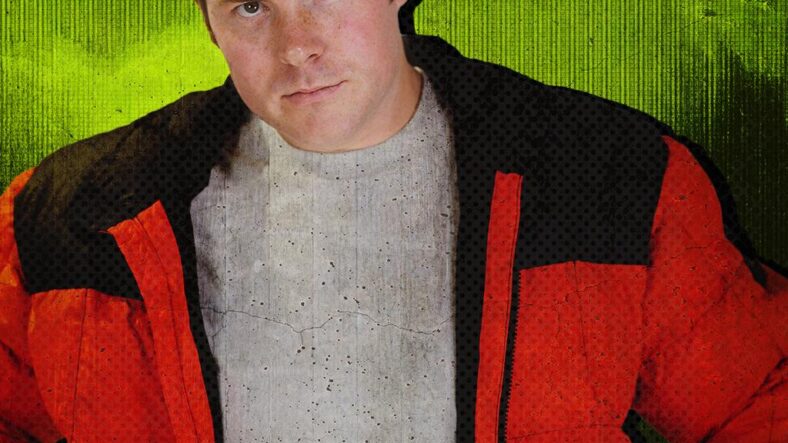 California-born artist Kyle Reynolds has come a long way from working three jobs and endless shifts to make his dream a reality. The singer/songwriter/producer recently hit the stage in Vegas to perform his Billboard chart-topping hit “Best is Yet to Come” with DJ Gryffin, and CELEB caught up with him. Reynolds spoke honestly about the struggles he’s been dealing with, and how he creates music; he also gave us some great tidbits about what fans can expect. 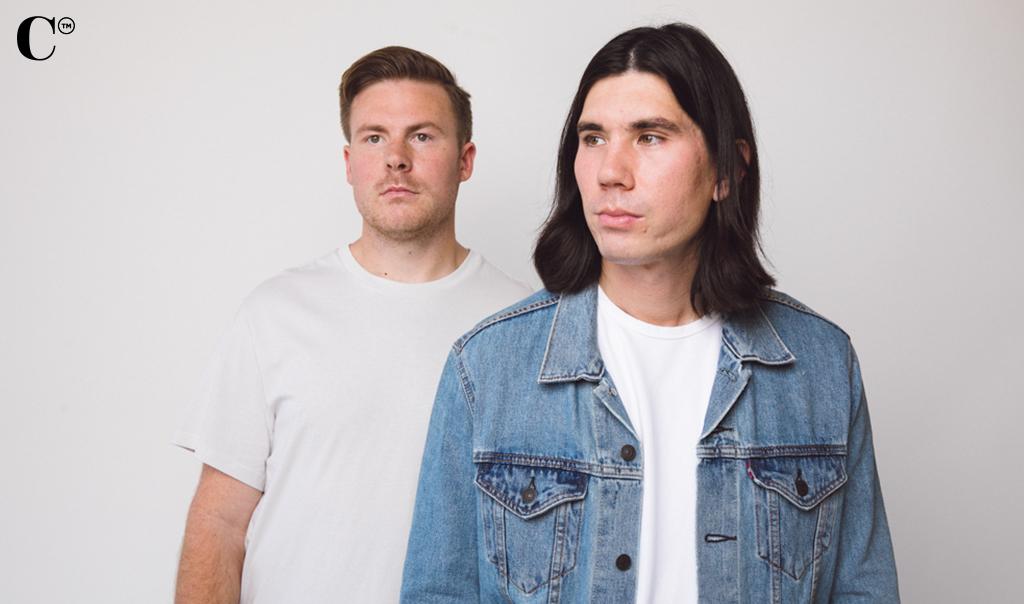 Reynolds wasn’t handed the opportunity to be one of the world’s up-and-coming stars. The Orange County native worked hard for it. “I started playing music when I was 17. I’m 28 now, so it’s taken about 10 years for me to experience moments like I did on the stage with Gryffin. Music has been my only job for about two years. Before that, I worked three jobs at a time, I’ve done every job under the sun. I worked for Lyft, I worked in real estate, photo editing; I would even be a brand ambassador selling water at Whole Foods. I feel really grateful to be where I am.”

And where Reynolds is, is one of the biggest up-and-coming names in music. “Three months ago, I would have said that I have no idea what I’m going to be doing. Now that the world is opening up, I’m just now thinking of the best place to start. I wear a lot of music hats, depending on the day. A lot of what I’ve done for the past two years is write songs for other people, less focus on being an artist myself. I’ve been doing a lot of producing recently as well.”

It’s almost miraculous that Reynolds is able to sing at all; four years ago, he was handed a devastating diagnosis. “Four years ago, I was diagnosed with this thing called a facial nerve schwannoma, which is a very rare tumor on my right facial nerve. Luckily, it’s benign, but it intertwines with the facial nerves so you can’t just cut it out. I found out about it when I lived in Nashville—I was diagnosed at Vanderbilt. And they tell me when I’m diagnosed that many people with this lose their hearing. And, as a result of the schwannoma, I have slight facial paralysis on the right side. You can’t really tell. But with slight facial paralysis, I had trouble forming words that start with F and P, so I had to re-learn how to sing certain words. It’s been crazy. Luckily, my hearing is still good—pretty important for my line of work.”

Facial paralysis comes with a wide variety of challenges that most people wouldn’t think of; even something as simple as blinking. “Initially when I first had the paralysis start, I was thinking about every single blink. Think about how often you passively blink. Thinking about every single blink would drive you crazy. My confidence took a huge hit. I used to be the life of the party, and it stripped me of that because it was almost an identity crisis. I was thinking, ‘if I don’t have music anymore, am I still valuable? Am I still loveable?’ I had to re-learn my entire self-image. I had to learn that I am worth knowing even if I can’t say or do something. I almost quit music, but I knew I would be kicking myself. And then when I have moments like with Gryffin, on stage in Vegas with people singing the lyrics to a song that had just come out days before—I feel very grateful every day that I still get to make music.” 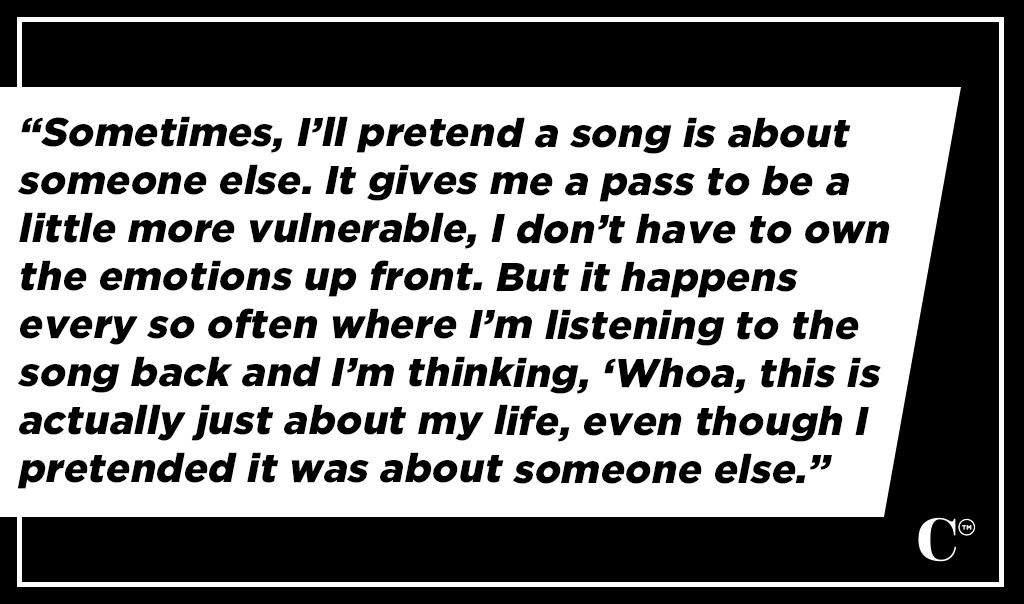 And as for how Reynolds creates the music that has the industry buzzing these days, he uses one of two approaches. “It depends on who the music is for. When it’s for me, it’s different than if it’s something I’m pitching to another artist. For my own music, I want it to be undeniably myself. I have a home studio, and sometimes I’ll just start playing and add some voice, and we use voice memos and ideas—I have a lot of talented friends who can lend their abilities to the process. Sometimes I’m very conceptual, but lately I’ve been doing more of a freestyle creative process. When you start with a concept, you’re subconsciously putting walls around your vulnerability, because in your head you’re already going, ‘this is what I’m saying.’”

Recently, Reynolds experienced something that has made him lean away from conceptual writing and towards freestyle; “I was playing the guitar and the thought pops up—I’m afraid of dying. And I’m like, ‘whoa, where did that come from?’” It was a thought Reynolds had subconsciously that just needed a crack to erupt through.

And as for vulnerability, sometimes Reynolds has to trick himself. “Sometimes, I’ll pretend a song is about someone else. It gives me a pass to be a little more vulnerable, I don’t have to own the emotions up front. But it happens every so often where I’m listening to the song back and I’m thinking, ‘This is actually about my life, even though I pretended it was about someone else.’”

What’s in the Future for Kyle Reynolds? 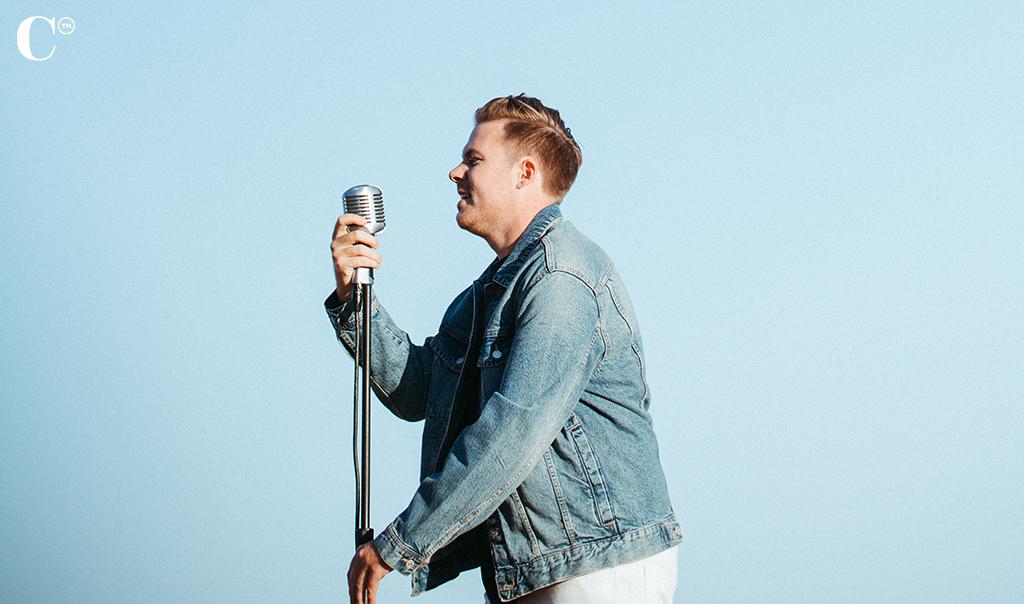 Reynolds crafted the chart-climbing hit “Best is Yet to Come” and sent it to Gryffin with acoustic guitar and Reynolds’ voice as a demo. But Gryffin and his team decided that Reynolds’ vocals should stay in the song. “I wasn’t necessarily expecting for them to keep my vocals on it. Because of that, and because my name is on it, it’s given me the opportunity to start crafting my own big artist project as well. So alongside writing and producing for other artists, I’m starting to get together some of my own. I’m talking to some labels right now and depending on what we do, I will be dropping some of my own music.”

Reynolds adds, “I’m really ‘genre-ADD’ so I don’t fit into any certain niche, I just love making music. I love connecting with people in a room, in a studio, but also on a macro level; hearing people sing a song at a huge show or festival. My dream is to just keep doing what I’m doing, but at a bigger and bigger level. I’d love to have hit songs, it fills my heart and fills my cup to have something where I feel like what I’m putting out there is something meaningful. If it’s going to make people feel better when they’re driving to work, that’s it; I want to put positivity out there.”

He loves working with big artists, but he also likes being on the ground floor of an artist’s career. Seeing their first song go big and knowing he was a part of it, that makes Reynolds feel like he’s contributing good things to the industry and the world in general. Reynolds continues, “As much as I love to work with the top artists in the world, I also want to invest in the younger generation; in people who are just starting out, who I see something in that I really believe in.”

But despite the fact that music is Reynolds’ life, his focus is on so much more; “I also want to make sure that while I’m doing all that and chasing my dreams, I’m a good friend, a good boyfriend, a good brother. Investing in those people and relationships is just as important to me as my dreams.”

Reynolds hopes to be back in Las Vegas sooner than later. “It was my first time getting a chance to party in Vegas, and to perform there.” The experience of standing on stage with Gryffin in front of a packed audience energized Reynolds; he felt the return of life and music, and it gave him a push to keep focusing on his dreams; “The show was on Saturday, the song had come out the prior Wednesday. Hearing people sing it was insane, I was speechless. It was just so fun to be out there. My dad was there, awake at like 2:30 a.m. watching his son; that was so sweet. Everyone was having the time of their life, and seeing people live free again was amazing. Just feeling the freedom of music was awesome.”