Super Bowl weekend is the only time of the year that sports, fashion, music and entertainment packs into one location. 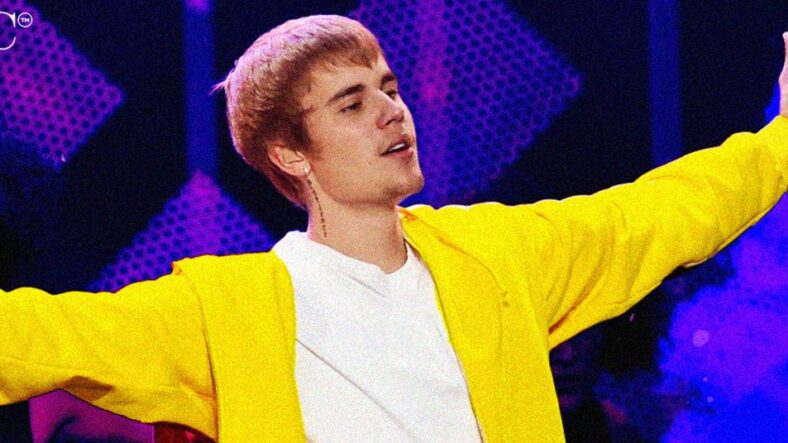 Super Bowl weekend is the only time of the year that sports, fashion, music and entertainment packs into one location. Legendary hospitality group The h.wood Group announced a major special guest in January for its “Homecoming” party. And, if you missed the news, it’s October’s very own, Drake. He will be in attendance on February 12, following another event with major star power that kicks off February 11. Presented by PLACES.CO and produced by Uncommon Entertainment and REVOLVE, the Friday spectacle will bring together the crème de la crème across all genres in the entertainment industry making Los Angeles’ “Homecoming” absolutely unforgettable.

Co-owners of The h.wood Group, John Terzian and Brian Toll, shared in a statement “We are excited the big game is coming back to our hometown of Los Angeles … and if the game is in our backyard you know we will create the ultimate celebration.” And the two have most definitely kept their word as Justin Bieber will be headlining.

The Homecoming King Himself

Although his roots are Canadian, Bieber resides in the City of Angels for quite some time now. On February 11, he will take the stage as well as Marshmello to celebrate the return of the Super Bowl to L.A. after 30 years. This performance marks the singer’s first live appearance in Los Angeles since the world went under lock down and he was obligated to reschedule his Justice World Tour.

Terzian says that a price tag doesn’t come on attending this event. “You cannot buy tickets. This is invite only.” So, given that this event is only for the A-list it looks like all of you fans will have to wait until his tour kicks off in San Diego, February 18 to be serenaded by him in person.

There’s No Better Time Than Now 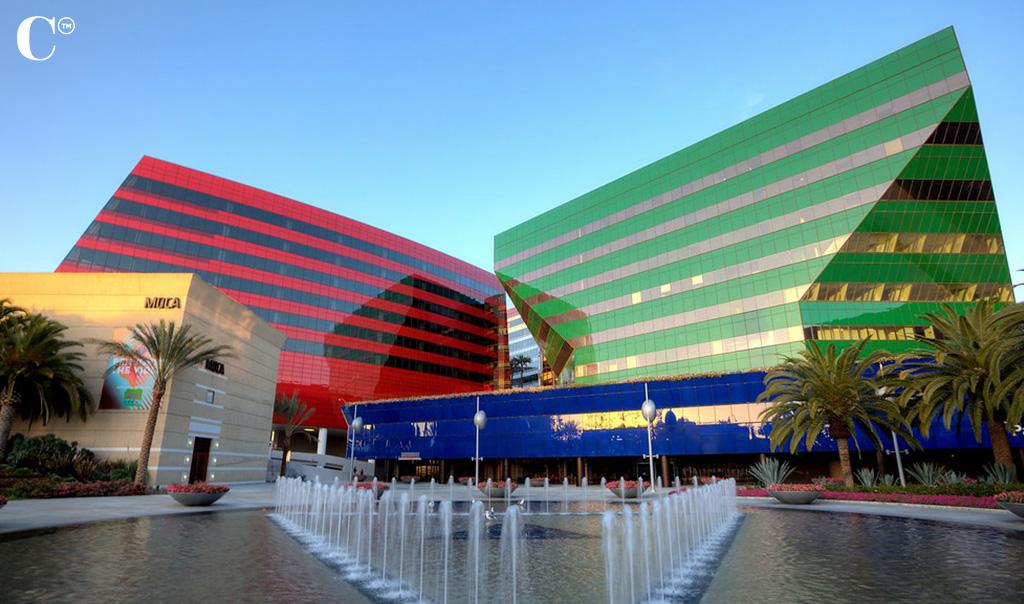 Homecoming will take place at Pacific Design Center. The producers have put together an interactive experience and other surprises to truly exemplify the spirit of L.A. right now, Terzian says, “we have games, food trucks. It’s really going to be a party. It’s not just a concert.” There will be about 1,000 to 1,500 people in attendance. The two-day bash will include every sports, fashion, entertainment and music figure celebrating at big game. The h.wood Group is known for having names including Hailey Bieber and Kendall Jenner at their events, so you can only imagine who will be showing face this weekend.

h.wood has produced a Super Bowl party for almost a decade. And, when talking about why this year is different, Terzian says, “we want to really make a statement. The fact that it’s here in our hometown and it hasn’t been here 30 years and so we called upon all of our friends.” He continues, “I think the city really needs it. It’s been two years with a lot of ups and downs.”

The Extravaganza of Your Dreams 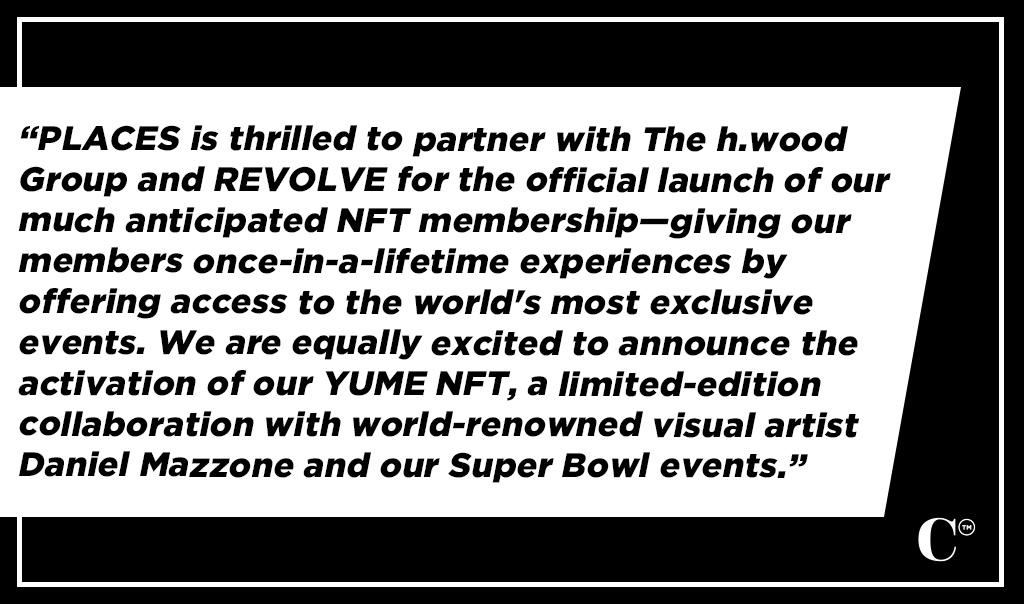 REVOLVE and the h.wood Group have a niche for attracting the top trendsetters and tastemakers. And by including PLACES.CO and Uncommon Entertainment they are only elevating their work. Simone Sestito, founder and CEO of PLACES.CO, says “PLACES is thrilled to partner with The h.wood Group and REVOLVE for the official launch of our much anticipated NFT membership—giving our members once-in-a-lifetime experiences by offering access to the world’s most exclusive events. We are equally excited to announce the activation of our YUME NFT, a limited-edition collaboration with world-renowned visual artist Daniel Mazzone and our Super Bowl events.”

Now imagine yourself as a guest at this soirée. You’re ready to dance the night away to sounds by DJ Tay James, WE THE BAND, DJ Fred Matters and Devin Lucien. But first, you indulge in a delicious meal from Daring Foods of plant-based chicken bites. Next, grab a drink from Beam Suntory. Or maybe you’re more of a tequila person. Perhaps Bud Light Seltzer? Whatever you choose, you make sure to back it up with a Liquid I.V. to stay hydrated before you let loose on the dance floor.

Josh Zipkowitz and Jake Nussbaum, founders of Uncommon Entertainment, said “We are excited to partner with the leader in hospitality, The h.wood Group and the leader in fashion commerce, REVOLVE, to produce a new ‘Big Game’ flagship event. Our unique approach to experiential production and VIP hospitality will showcase a cultural moment unlike anything that has been seen before.”