Thanks to 28-year old entrepreneur Ladan Davia, the way people search for jobs is changing—rapidly. Davia is the CEO of 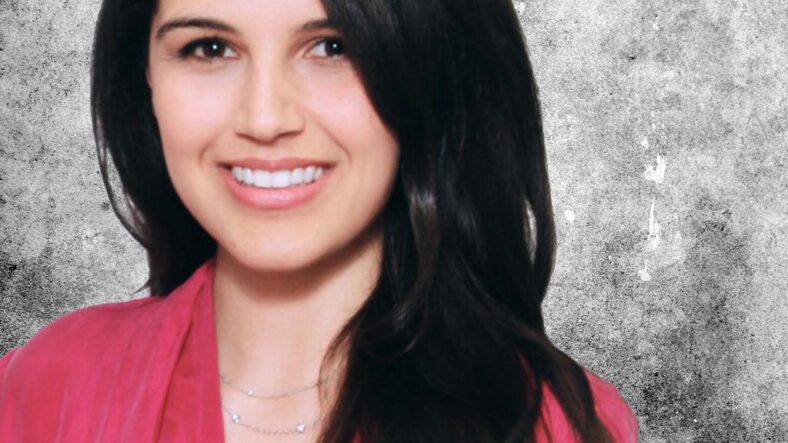 Thanks to 28-year old entrepreneur Ladan Davia, the way people search for jobs is changing—rapidly. Davia is the CEO of Beeya, an innovative AI-driven employment search engine that connects job seekers to over 11 million jobs for free. As the world celebrates inspirational leaders throughout March as part of Women’s History Month,CELEB talks to Davia about her journey to Beeya, the gravity and influence of AI and her demand to end bias by creating equal opportunity within the business of employment.

Ladan Davia and the Origins of ‘Beeya’ 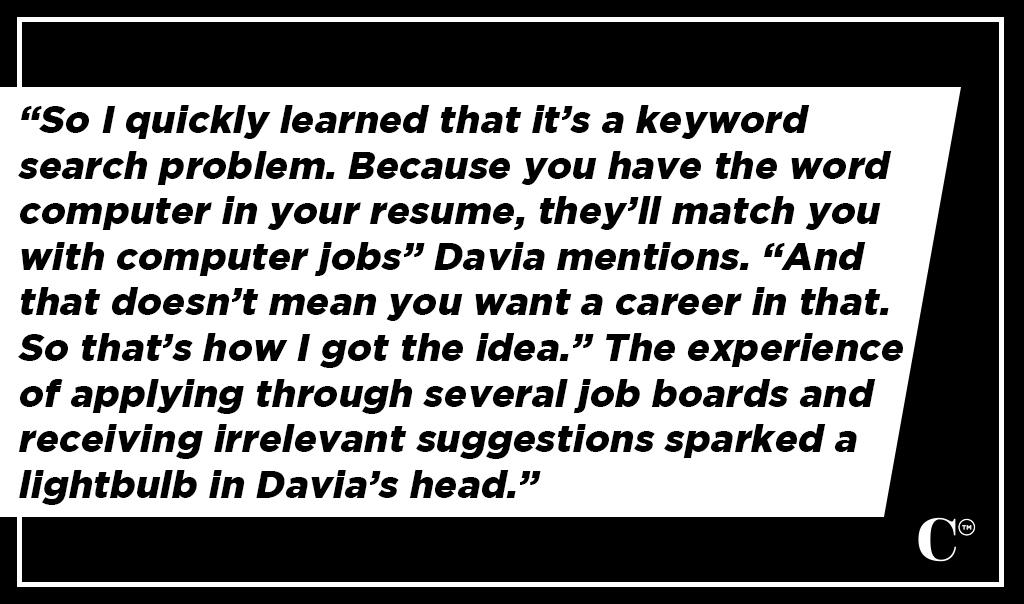 Davia graduated from Chapman University in 2014, earning dual degrees in broadcast journalism and political science. Davia began searching for jobs and opportunities online, and she wasn’t having great success finding just the right fit. Davia was shocked by the listings she was getting, since they didn’t match her what was on her resume. However, she quickly began to identify the issue.

“I learned that it’s a keyword search problem. Because you have the word computer in your resume, you’ll get matched with computer jobs,” Davia says. “And that doesn’t mean you want a career in computers, so that’s how I got the idea to start Beeya.”

The experience of applying through several job boards and receiving irrelevant turned on a lightbulb for Davia. Her purpose for creating Beeya was to present a solution to the convoluted job search dilemma. She believes it to be necessary that people get accurately matched to their desired job.

On Beeya, a job seeker can go to the platform and immediately start searching for employment in their area. Anyone can make a free account to be personally matched with the jobs best suited for them. Beeya’s algorithm does the matching based on the user’s resume and profile. Beeya ensures that its users get access to jobs listed on any of their 46 affiliated partners, some of which include Indeed, ZipRecruiter, Nexxt, and more.

Additionally, the name for the company, Beeya, has an interesting backstory as well. Davia explains how the domain name industry is so overcrowded; how it can be challenging to find an available URL. She then mentions her heritage—being of Persian and Italian descent—and the influential role it played in the process. “Beeya” in Farsi means “come here.” A catchy word and uncommon name, Beeya carries a special meaning.

Challenges and Victories of a Young Female Entrepreneur 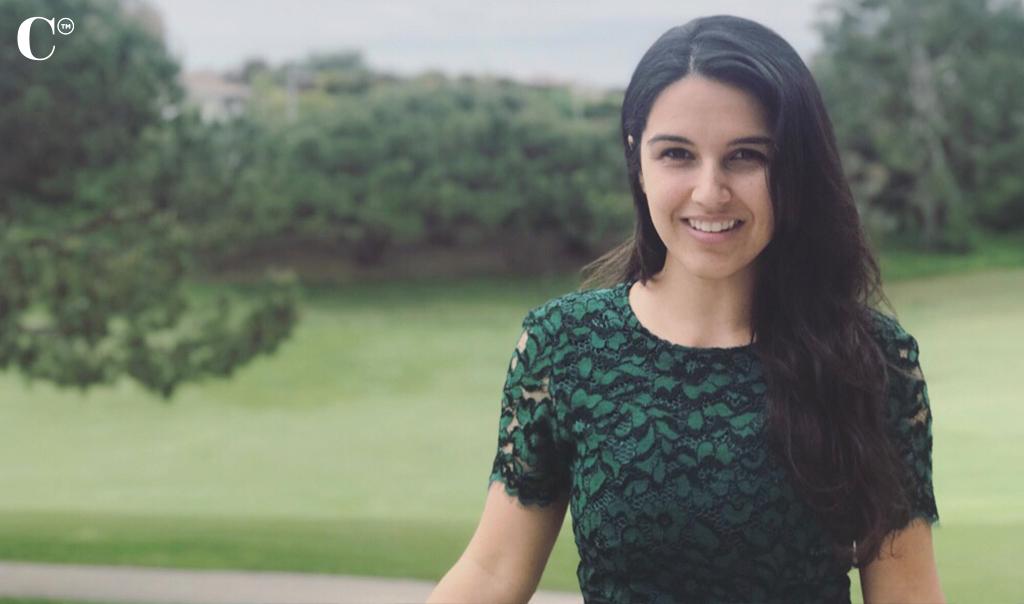 It’s impossible to talk about a female CEO roadmap without mentioning the lingering gender and racial biases that exist. In this male-dominated industry, Davia aims to eliminate bias in job searching. “I think every partner we have, every rep from every company is a male,” the young entrepreneur admits. “The bias part is interesting because that’s the mission statement of my company: to eliminate the bias in job searching.” Davia continues to get to the core of the issue, being that “the overall problem is that employers go for referrals. Every resume looks the same, the filtering is awful, then they get this stack of 500 resumes and they’re like forget it.” This cycle of referrals being hired instead of those who are specifically qualified is damaging the world of ‘equal opportunity.’

In addition, Davia also mentions how difficult it can be for people who are not from a privileged background. Such people include minorities, first-generation, etc, who do not statistically attract as much opportunity as the “white male.” Displeased by this inherent bias, Davia believed that the lack of AI implementation was partly to blame. So of course, she drove AI mechanisms into her company to show other sites what they’re missing. “Our AI doesn’t take into consideration someone’s name, email address, age, nothing,” Davia mentions.

In an effort to expand her AI practice and curate more customers, Davia began her own type of field research. Noting that veterans, people of color, and first-generation job seekers were facing the most difficulty, Davia wanted to know why. She began examining nonprofits like Big Brothers, Big Sisters and telling them about AI technology. Her dialogue expanded to unemployment fairs, where she eventually participated in events five or six days a week. From informatics to fundraisers, Davia relied on no one but herself to amp up Beeya’s promotion game. This is the hustle of a young entrepreneur. 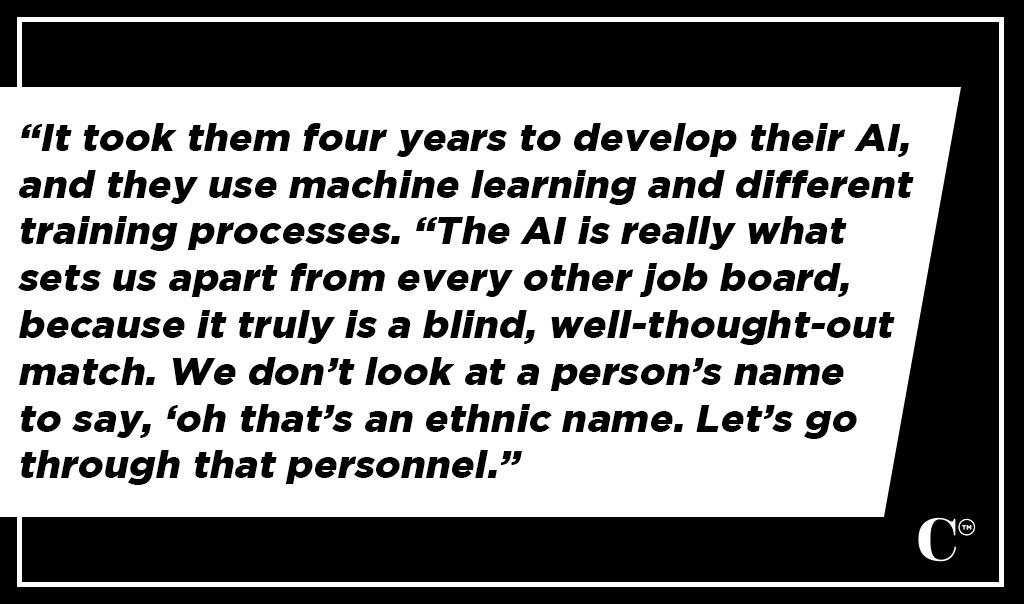 Davia and the rest of the Beeya team put most of their funding—85 percent to be exact—into their technology. It took them four years to develop their AI, and they use machine learning and different training processes. “The AI is really what sets us apart from every other job board, because it truly is a blind, well-thought-out match. We don’t look at a person’s name to say, ‘oh that’s an ethnic name. Let’s go through that personnel.’” Moving on to social movements of BLM and #MeToo, Davia then expands on the use of AI. She addresses that there is a problem in technology that can be solved by AI that is done correctly.

After asking Davia about other job search companies, the ‘big dogs,’ we wanted to know how Beeya compares to them. Davia says that ZipRecruiter is the only one she has seen that is actually trying to implement AI. The rest of the companies still utilize keyword matches. She then brings up an interesting point of quality vs quantity. Davia mentions how there is only ‘one’ Facebook, which is why it’s the best social network. But on the flipside, prior to the birth of Beeya, thousands of job sites existed, and it’s “because none of them work.” If one of the job sites was doing it right, there wouldn’t be so many of them.

In the job site industry, big companies are funded from ads. Since that’s where they make most of their money, their incentive is not to find you a job. Davia believes that if AI is used the right way and that it finds people jobs, the money will come and the people will come. Not only that, but the website will become the dominant site, because it will actually work. Ultimately, that’s one of the objectives that Beeya aims to carry out.

You have to make an account that includes your resume in order to make that match. The website is completely free, with no hidden fees or gimmicks. If you have a LinkedIn, you can access the site’s integrative LinkedIn feature. Then the site will automatically pull your information and curate an account for you. If not, you can just sign up on your own and build your information from scratch. 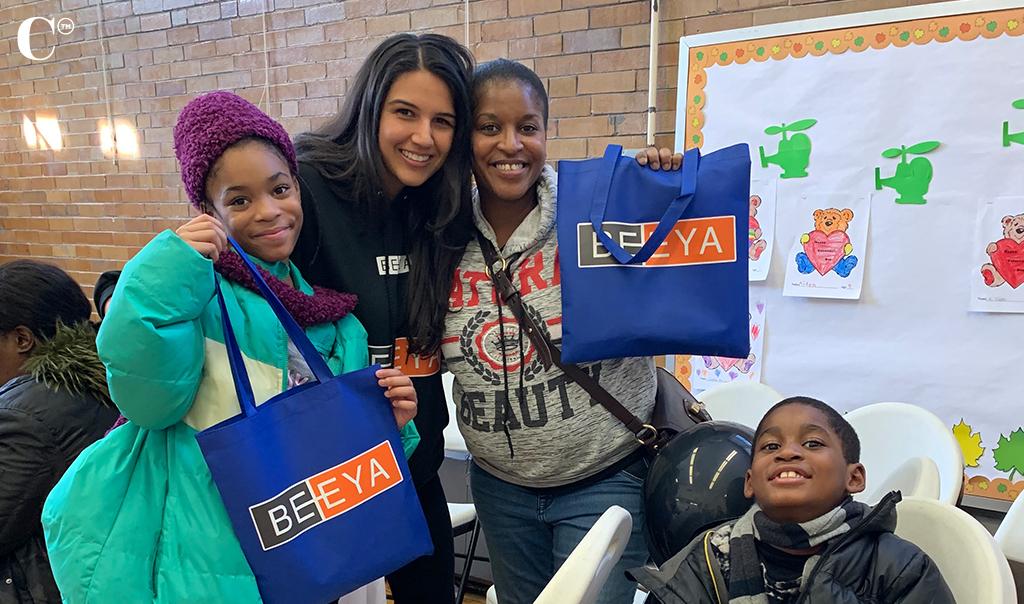 Davia may one day sell the company when it’s the right time. She thinks she may want to start something else afterwards, as she is people-driven and loves being a citizen of the world. She hopes that their space, the job search industry, starts using more technology. Given that people are still facing difficulties finding the right job, Davia claims that something has to change. “Because if it doesn’t,” she continues, “college degrees are not going to be worth what they claim to be.” So Beeya will continue to be a forerunner of personal, specific job matching.

Being a 28 year-old entrepreneur is impressive, but if you happen to be a woman as well, then it’s also admirable. Ladan Davia is continuing to pave the way for women in tech, diversifying the playing field in order to create more opportunities for women. “The number one thing is to say yes. To really put yourself out there and say yes to every opportunity—you never know when a door is going to open for you. Don’t take it so personally, people are going to say ‘no’ most of the time but you have to keep going.”

We used to tell girls to try and prove others wrong. But it’s not about the others, it’s about yourself and your journey. Prove yourself right and break the glass ceiling of your own barrier.