While there were rumors floating around a while ago that Vanderpump Rules star Lala Kent was pregnant, there was not any confirmation of this 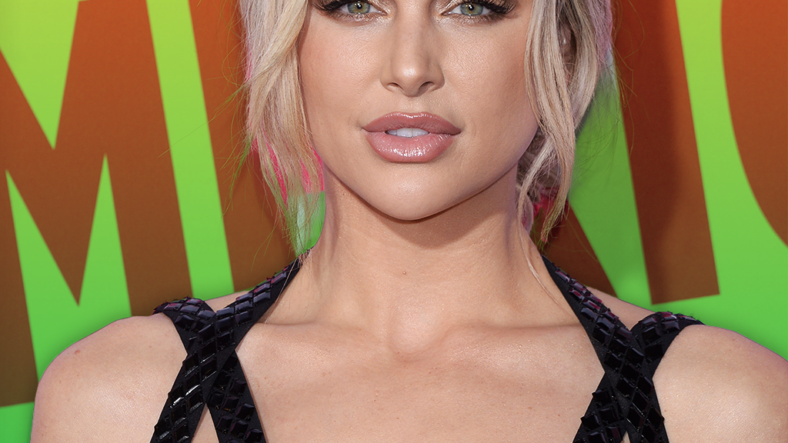 While there were rumors floating around a while ago that Vanderpump Rules star Lala Kent was pregnant, there was not any confirmation of this to be true. That all changed early this morning, though, when the rumors were finally confirmed by Kent herself.

Kent dropped the latest episode of her Podcast, Give Them Lala…with Randall early this morning and that’s when she- alongside Randall Emmett– dropped her big baby news. 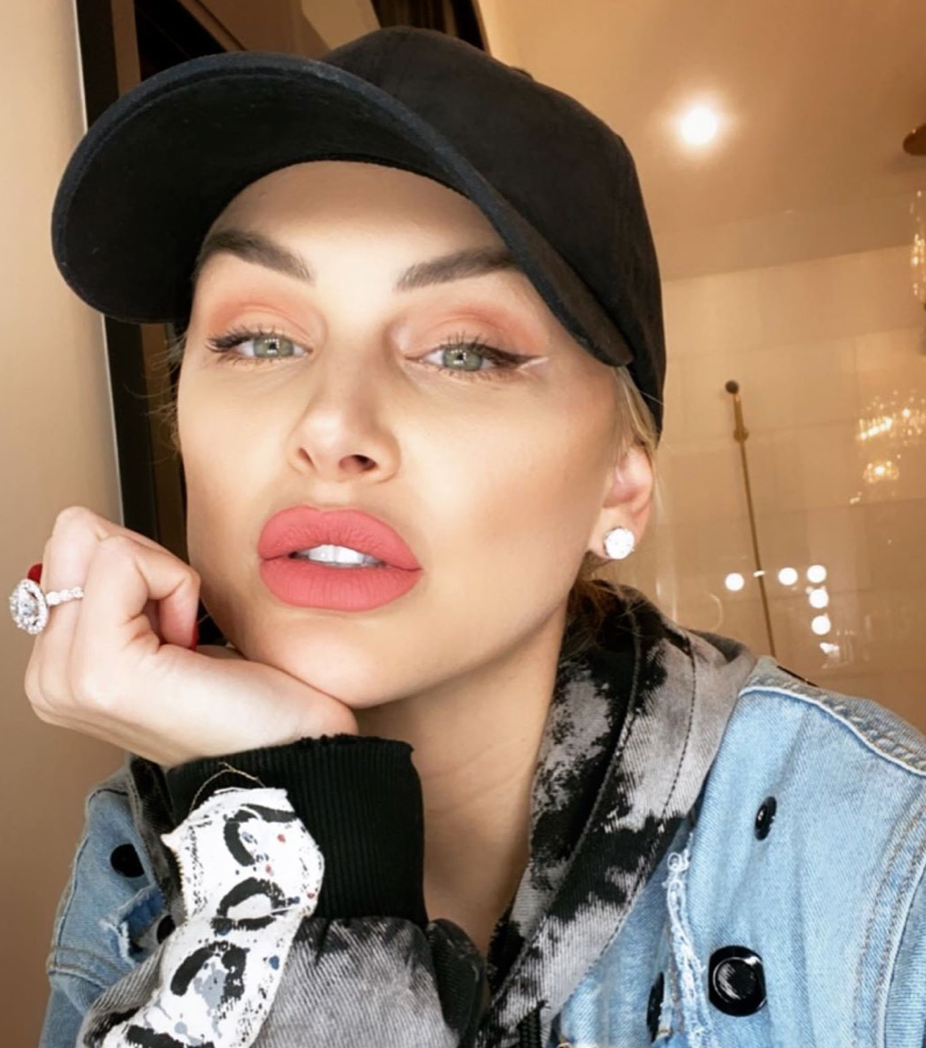 Before announcing that she was pregnant, Kent stated that “I’m like shaking right now because I can’t believe it’s a real-life thing. I’m really emotional.”

While listeners were immediately curious what had her shaking- not to mention crying, as Kent noted she has “happy tears” today- Kent did not hold out for too long on what the big secret was.

“Today is my 30 birthday,” Kent continued sharing, “and I can’t think of any other way to celebrate than with you guys coming through your headphones and speakers.”

Kent then officially confirmed her pregnancy, excitedly revealing that “I had the best gift given to me, my body also helped out too … I am pregnant!” 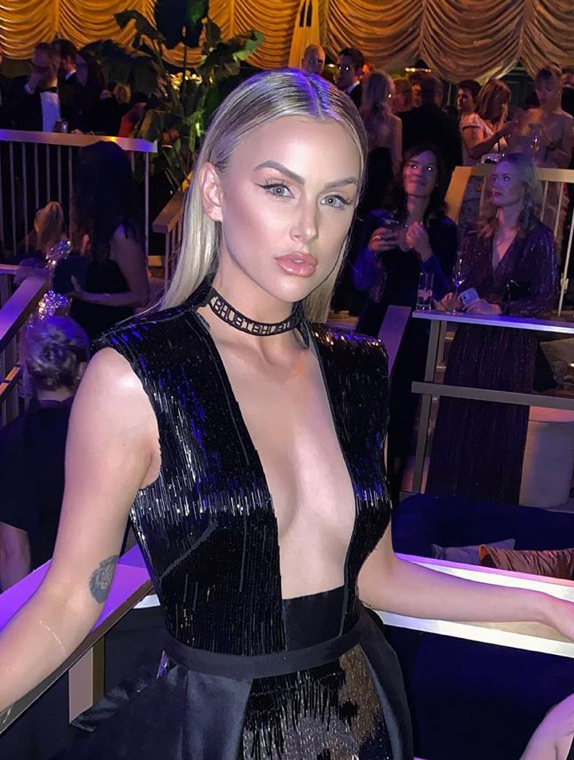 Emmett then piped in to reiterate the announcement, noting that “Lala Kent, a soon-to-be mother!”

Kent had more to share regarding her pregnancy, adding that “I am so excited. I feel very maternal and motherly. I cry about everything. I look at the refrigerator and it could be empty or full and I’m, like, is (the refrigerator) happy or sad, I don’t know.”

As fans who have been following Kent’s journey on Vanderpump Rules know, she got engaged to Emmett back in 2018. 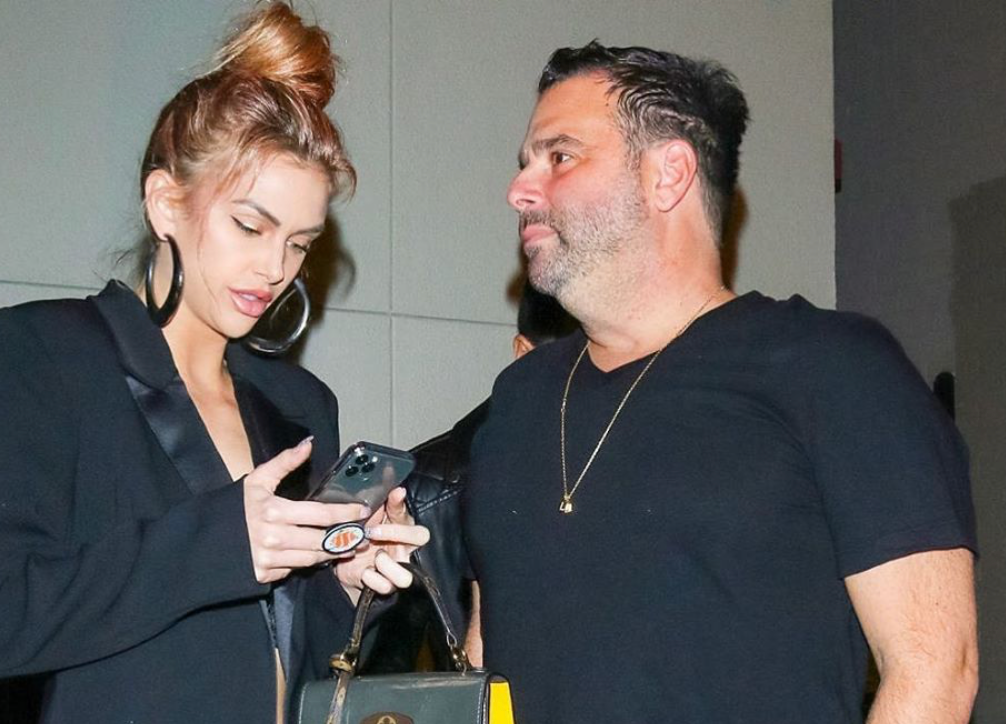 Kent took to her Instagram at the time to share the big news with her fans, writing that “Last night was the best night of my entire life,” she wrote. “I got engaged to the man of my dreams. I get to call this amazing human my fiancé! An engagement last night, my birthday today, and every sign my dad could possibly send me to let me know he’s here. I’m the happiest girl in the world. @randallemmettfilms.”

After Kent confirmed her engagement, she spoke with US Magazine about it. At the time, Kent told them that “I can’t stop calling him my fiancé. My face hurts from smiling! I just can’t believe I get to have this man forever. I’m the luckiest girl in the world.”

In another conversation with US Magazine back in 2019, Kent dished on what Emmett wanted their wedding to be like. 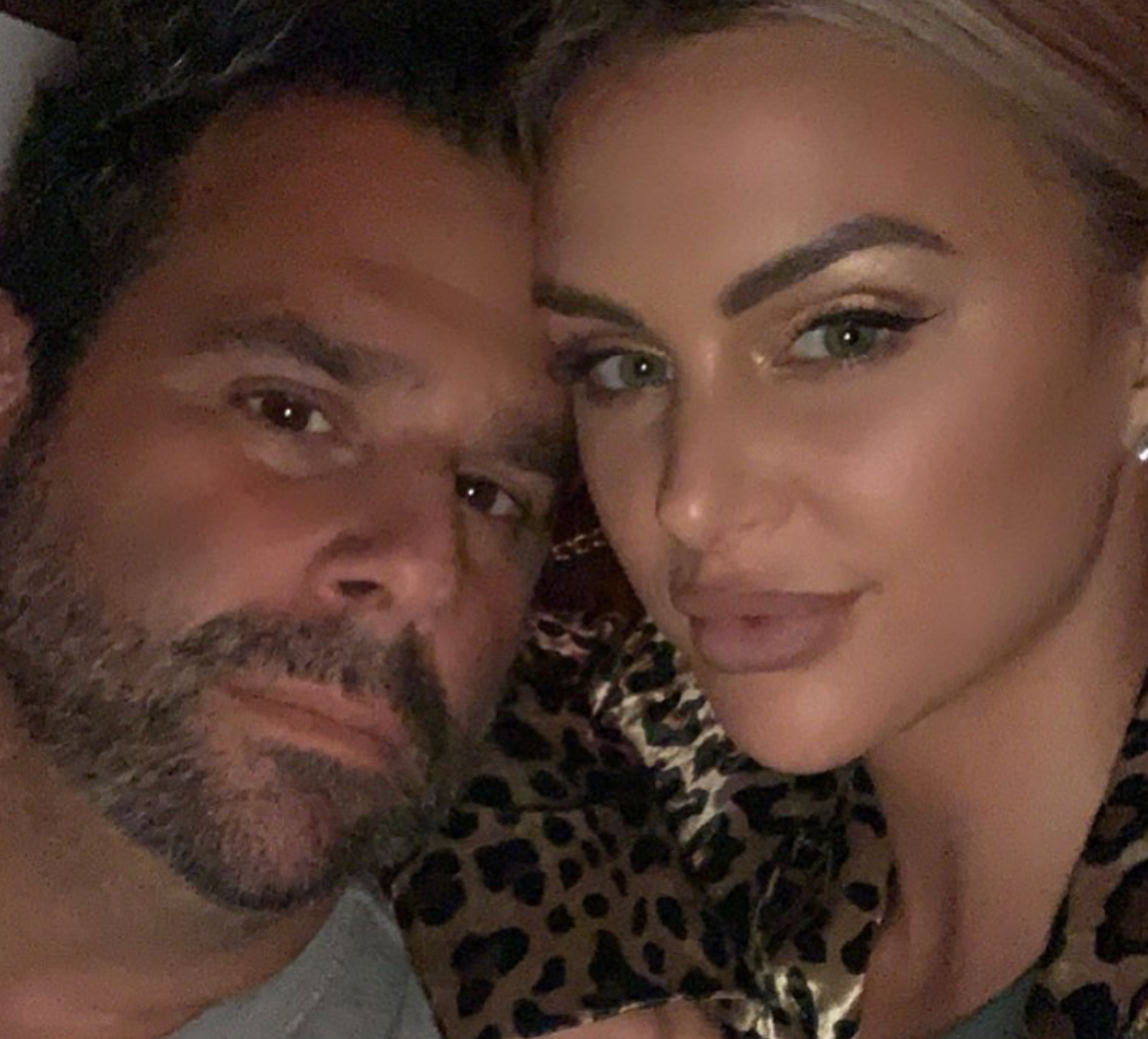 “He wants (our wedding) to be extravagant,” Kent shared with US at the time, “so we, like, sometimes battle it out. He wants chicken crunch from Planet Hollywood, and I’m like, ‘That’s gonna have to be a negotiation because I don’t know about that.’”

Although Kent and Emmett had set a wedding date of this April, their wedding ended up getting postponed due to the ongoing coronavirus pandemic.

On what was supposed to be the day they got married, Emmett took to Instagram to still pay homage to the day, writing “This was the most magical night of my life when I asked you to be my wife. Today was the day we were supposed to get married. COVID had other plans for us. I want you to know Lala your the love of my life and I can’t wait to become your husband in July! I love you to the moon and back! You always have been and always will be my everything.” 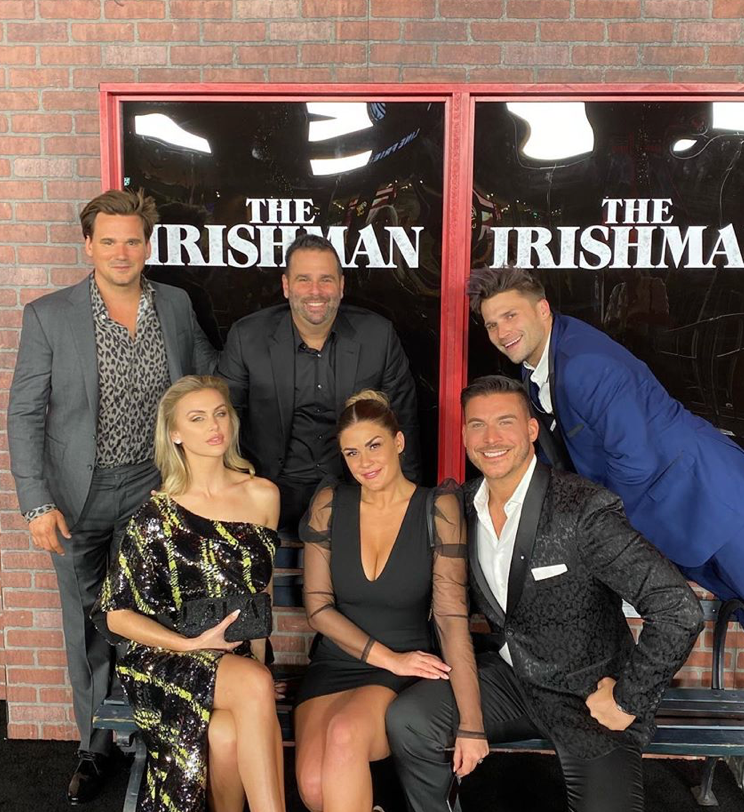 Kent, for her part, wrote at the time on Instagram that “Today would be the day I’d be heading to our wedding location to start prepping and getting settled in with my mama and mama-in-law to-be. I know people have been affected by this in much bigger ways. I do feel sad today, though. I haven’t experienced anything that I should have. Bachelorette party, bridal shower. It’s just all very weird. I know I’ll get to, but my heart was set on April 18th. I hope it rains that day. Then I’ll be saying “thank god we didn’t get married today”. That would make me feel better ‍♀️♥️.”

Emmett spoke to US Magazine again in May of this year regarding having to postpone the wedding. At the time, he told them that “We are more ready to get married now than we ever were. I think we’ve accepted that whatever the version of our wedding day is going to be due to safety protocols, just like in the movie business that I’m dealing with right now in going back to work, it’s going to be a different world. It’s not going to be what we thought it was going to be, in the sense of a 300-person packed ballroom.” 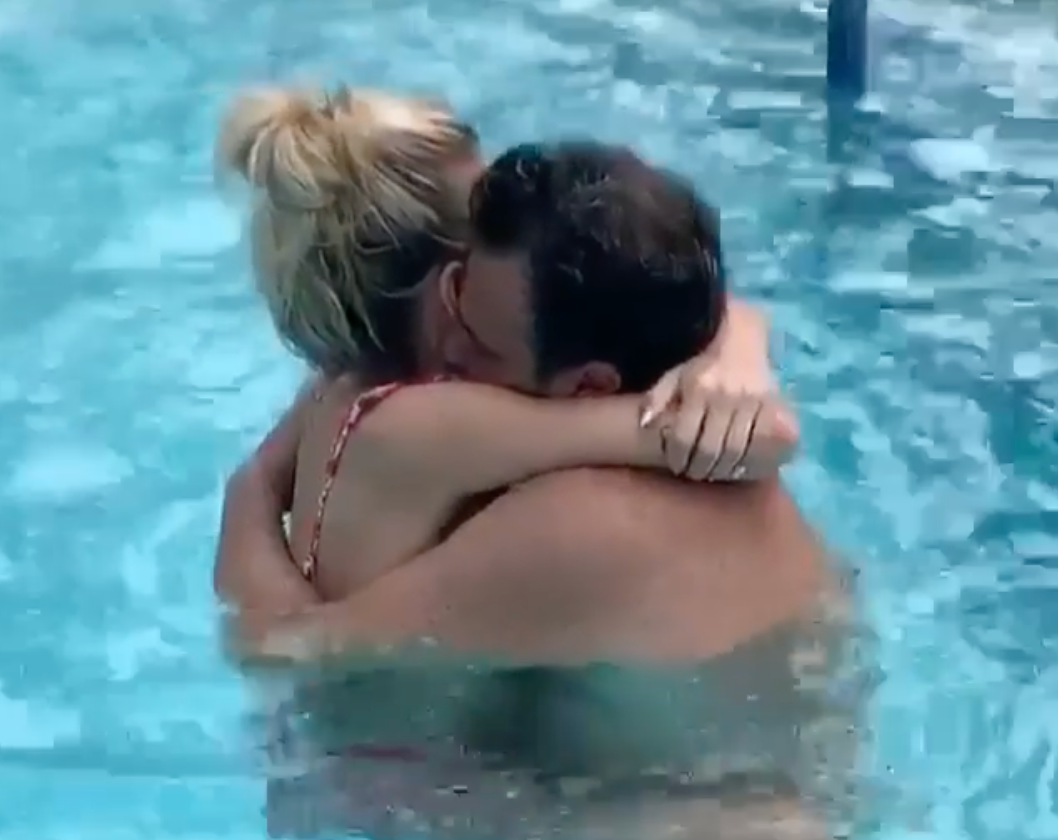 “We’ve already discussed moving it outdoors to anticipate what the guidelines are going to be like,” Emmett continued sharing. “It’s about becoming one, it’s not about all the other stuff. I think we both were throwing around different things. I was like, ‘November,’ she was like, ‘January.’ And then we were both like, ‘September.’ And now, we both are like, ‘For sure, we are getting married, end of August, early September, as long as the State of California and the City of Orange County allow us to.’ If they tell us we can only have 10 people, then probably we’ll have to push again.”

So when will they end up tying the knot now, given that the pandemic is still ongoing?

At the time Emmett spoke to US about their wedding date, he did mention that he and Kent were working on conceiving a child.

Seeing as Kent is now pregnant, it will be interesting to see if their wedding plans will change or remain the same.

Devout fans of Vanderpump Rules also know that the show has undergone a lot of drama this year. Earlier this year, longtime cast members Stassi Schroeder and Kristen Doute were fired from the show due to an alleged racist incident. New cast members (as of last season) Max Boyens and Brett Caprioni were also fired for similar reasons. 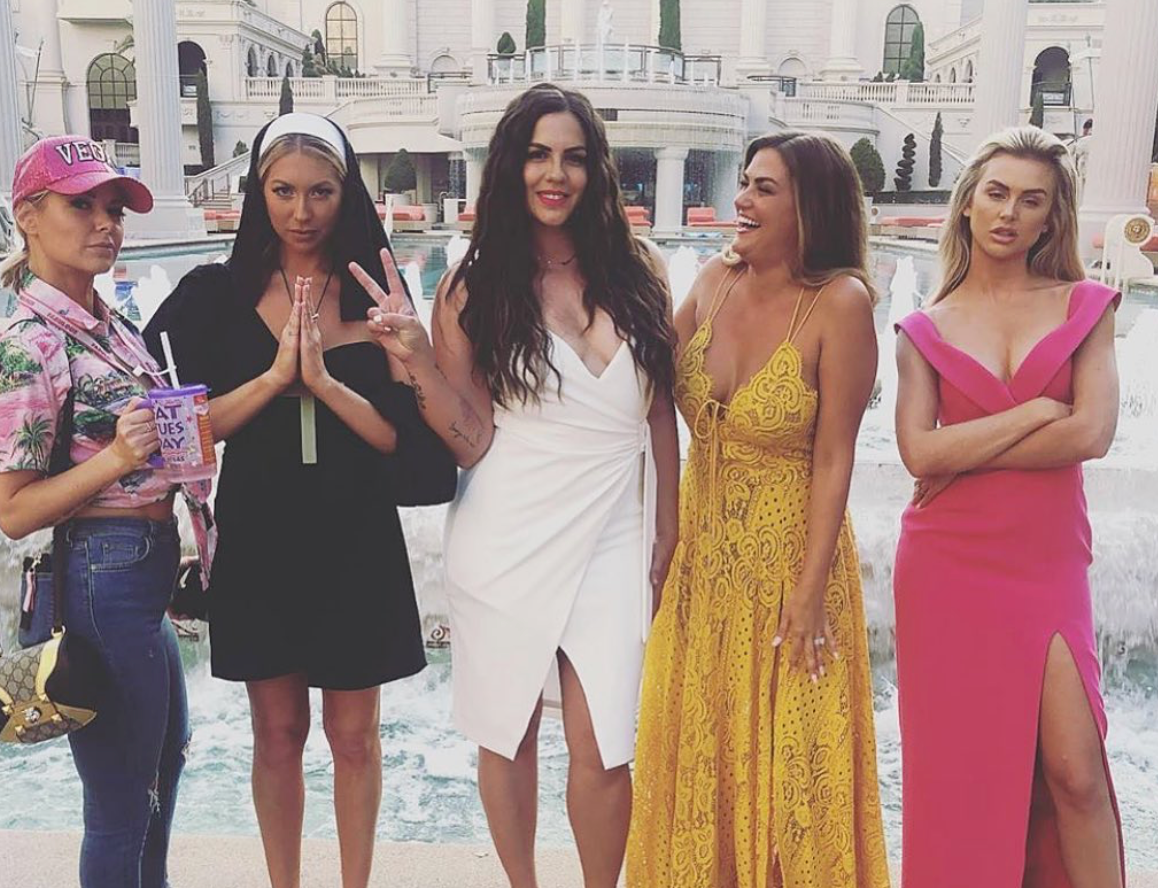 When this happened back in June, Bravo rebased a statement that said “Bravo and Evolution Media confirmed today that Stassi Schroeder, Kristen Doute, Max Boyens and Brett Caprioni will not be returning to Vanderpump Rules.”

At the time, CELEBexclusively revealed that Bravo did not initially plan on firing anyone.

A source at the time told CELEB that “Bravo wasn’t planning on doing anything. They hadn’t taken any action prior to this and they had no intention to take any now.”

“The production company was pushing Bravo to fire them,”CELEB‘s source continued spilling at the time, “but Bravo was still reluctant to do so and standing their ground.”

Our source then confirmed why Bravo ended up deciding to fire some of the Vanderpump Rules cast, dishing that “Once MTV announced that they had fired Dee Nguyen from The Challenge, then they felt like their hands were tied and they had to make the move to sever ties.” 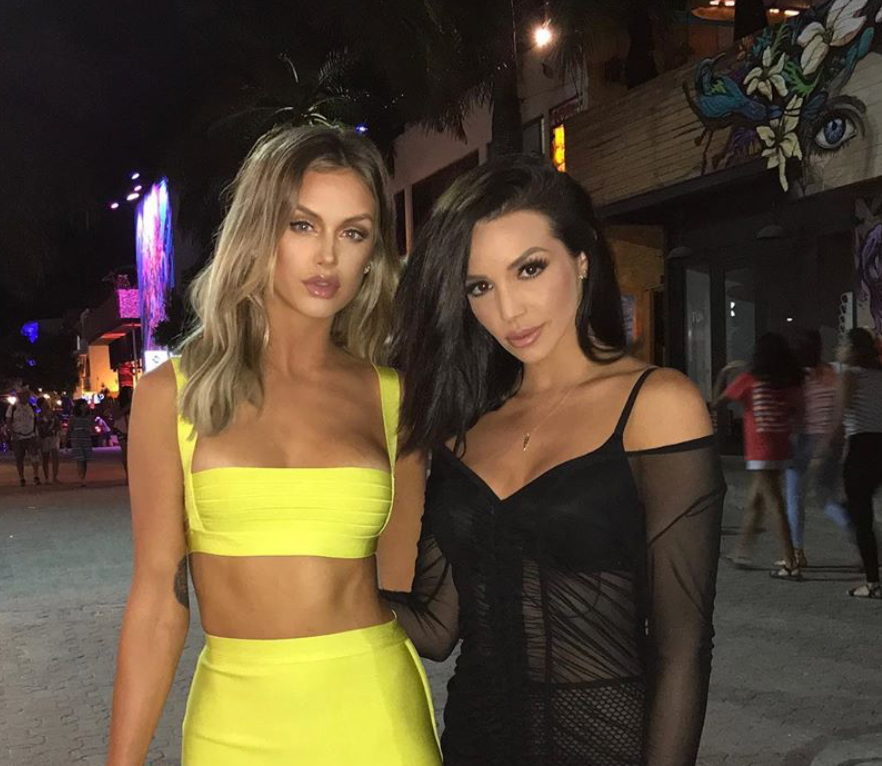 As far as the future of the show, what will happen remains unknown. For now, though, it’s nice to have some happy news regarding one of the cast members with Kent’s pregnancy.

Lisa Vanderpump Embroiled in Yet Another Shocking Lawsuit!