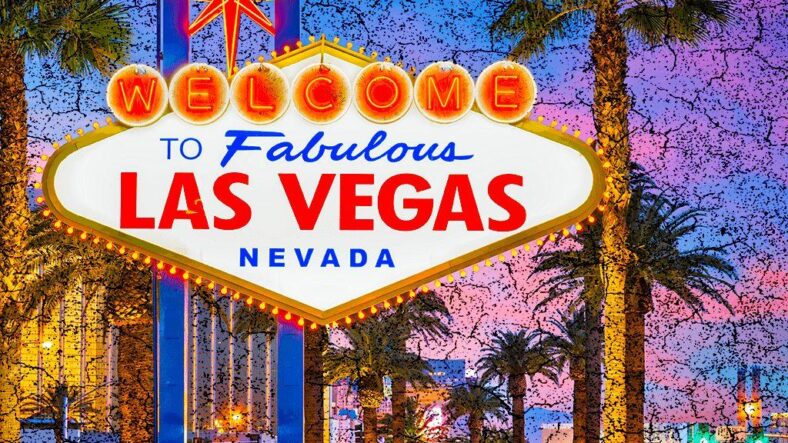 Planet Hollywood Resort & Casino, Bally’s Las Vegas, Oyo Hotel & Casino, Park MGM, The Cromwell, Gold Spike, Main Street Station, The Mirage, Rio, Tropicana Las Vegas, Hard Rock Casino and Palms Casino Resort are among the 16 non-restricted licensees that have been granted temporary closures by Nevada’s Gaming Control Board. There are 39 total statewide on the list. This means that despite the fact gaming was allowed to resume on June 4, these casinos are not yet ready to reopen but their licenses remain active until normal operations become economically feasible.

Just when that will be is anyone’s guess. Las Vegas’ June visitation and occupancy numbers are due to be reported any day now and will serve as a good indicator of what the next few months will look like for the city whose main industry, tourism, has been pummeled by the COVID-19 pandemic.

When Are Casinos Are Reopening?

Bally’s Las Vegas announced last week that it will reopen July 23 and Tropicana is slated for September 1, while according to Gaming Control Board documents its sister property Planet Hollywood, has a closure date until September 29, along with MGM Resorts’ Park MGM and The Mirage. Rio and The Cromwell have paperwork that show potential closure until December 30. 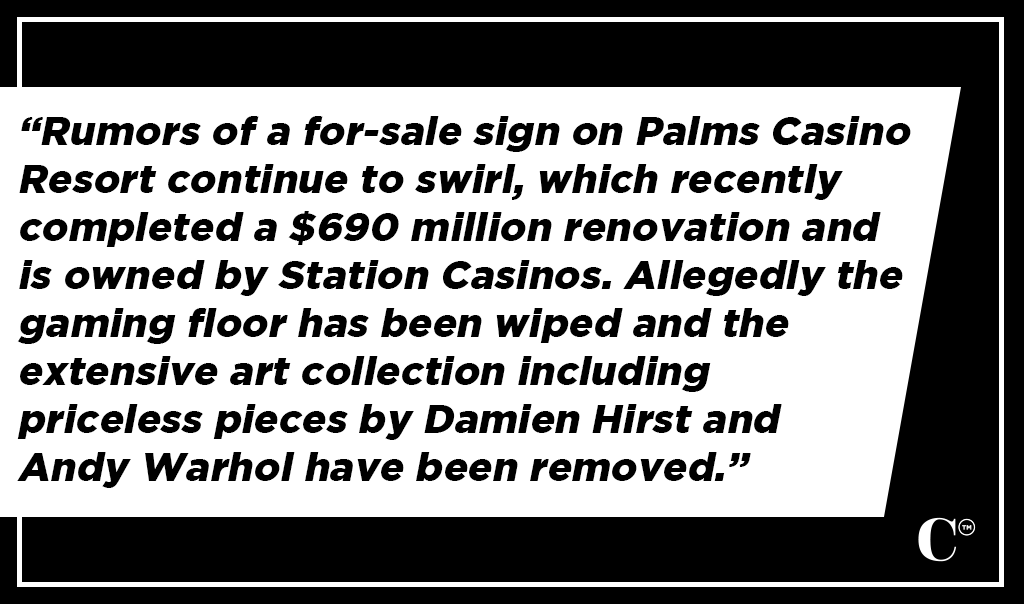 Both Palms and Hard Rock’s licenses have temporary closures extended into 2021. Hard Rock is transforming into Virgin Hotels Las Vegas and was scheduled to debut in November. As Celeb Magazine reported last week, sources say that date has moved to spring 2021.

Rumors of a for-sale sign on Palms Casino Resort continue to swirl, which recently completed a $690 million renovation and is owned by Station Casinos. Allegedly the gaming floor has been wiped and the extensive art collection including priceless pieces by Damien Hirst and Andy Warhol have been removed. Granted a temporary closure through July 2021 for four of its properties, Station Casinos representatives including CEO Frank Ferttita have dispelled gossip that the property is on the market. Whether it is for sale or not doesn’t mean that speculators aren’t interested and sources say it has piqued the curiosity of several. In terms of aesthetics and amenities, Palms is undoubtedly the golden egg of Las Vegas resorts, and some say worth sitting on for a while by its current owners until the market shifts.

Over at The Venetian Las Vegas, it was widely reported last week that the Palazzo tower was closing for weekday reservations. The Venetian Resort operates with three towers: The Venetian, The Palazzo and Venezia Tower. According to hotel representatives, it is not uncommon to “open and close floors and sometimes entire towers based on occupancy patterns.”

“The Palazzo will remain open, including most restaurants, the casino, parking garage, and Grand Canal Shoppes. However, in response to travel demand for the summer, we have made a slight adjustment to our hotel operation to better reflect occupancy patterns,” representatives said in a statement. “Beginning Tuesday July 21, The Venetian Resort will offer suite reservations exclusively in The Venetian Tower on weekdays, while utilizing both The Venetian and The Palazzo guest towers on weekends.  While Palazzo guests suites will not be available on weekdays, most public areas in The Palazzo will remain open on weekdays and weekends.” 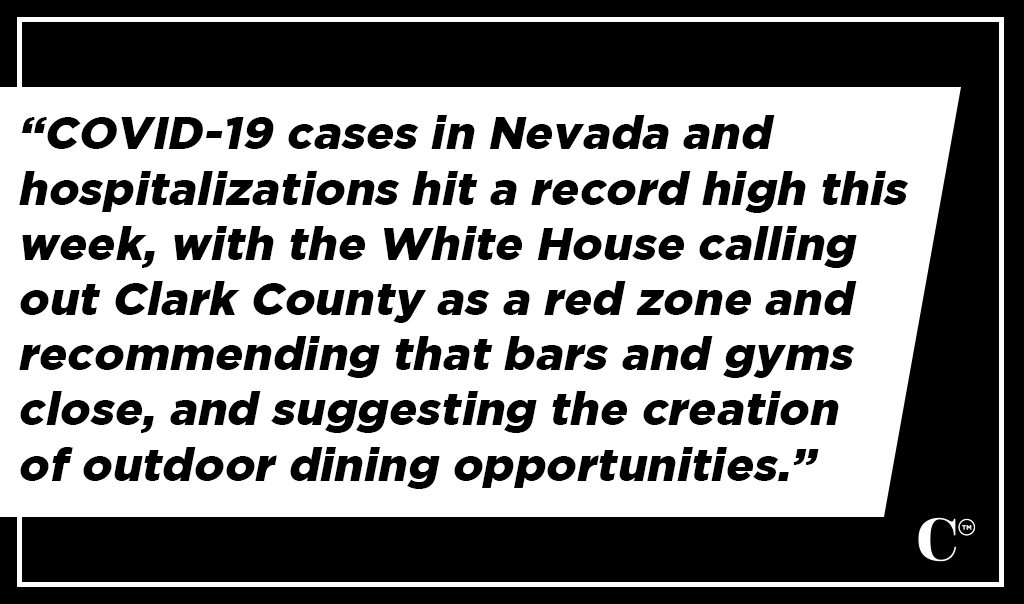 Celeb Magazine reached out to MGM Resorts and Caesars Entertainment for updates on shuttered property statuses and reps from both said there was nothing yet to report on The Mirage and Park MGM and Planet Hollywood, The Cromwell and Rio, respectively.

COVID-19 cases in Nevada and hospitalizations hit a record high this week, with the White House calling out Clark County as a red zone and recommending that bars and gyms close, and suggesting the creation of outdoor dining opportunities. As of July 11, bars were shuttered by governor Steve Sisolak.