For a solid decade, DJ was the most coveted acronym in Las Vegas. From the local legends who created the 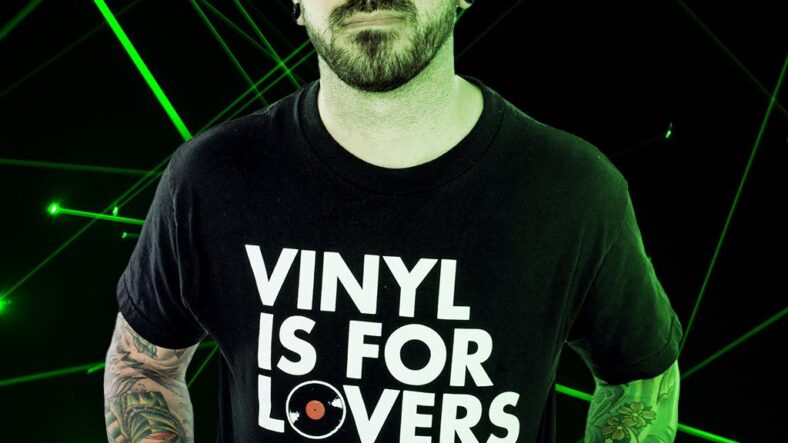 For a solid decade, DJ was the most coveted acronym in Las Vegas. From the local legends who created the soundtrack to the open-format parties of the 2000s to a guy in a marshmallow helmet earning a $60 million paycheck at the Palms’ short-lived Kaos, there’s one person we all wanted to be with–the DJ.

Enter DJ Shift, who like his name would indicate has used the last eight months to get in touch with his spirit and his spatula, making the ultimate pandemic pivot.

“I wake up a lot earlier now than I used to,” he says, lamenting on the year that has taken him out of the club and into a few new pursuits like cooking, home improvement and content creation.

“Before 2020, everything was looking really good for my DJ career. I have done Fridays at Wet Republic for over a decade now, and the pool was going to be fire because [we just remodeled]. The economy was great and everyone was spending money and everyone was making money,” he says. “I really think it was going to be one of the best years ever for Las Vegas. The nightlife industry makes a bulk of their money over the summer. Then a lot of them head out on winter vacations, knowing that they’re going to come back to a lucrative job next summer. Some spend almost all of their savings and when they get back they are ready to start making money again.”

Then on March 13 just as the 2020 money season started, the pandemic struck and the dayclub and nightclub industry, most of whom only work seasonally, were thrown into a tailspin as all venues in Las Vegas shut down.

“I’ve never seen anything like it before. This was a head-on collision. We thought we would only be off for 14 days,” Shift says.

As of today, nightclubs and dayclubs have pivoted to lounge concepts, and while they are booking talent, they cannot bill that talent, sell general admission tickets or have a dance floor.

For Shift, who has been working hard for almost two decades racking up more than 300 gigs per year and is somewhat like a godfather to industry newbies and vets alike, the slowdown represented opportunity versus adversity. He has been focusing on his real estate ventures, including construction work on multiple residential properties. He is also mountain biking, spending time with family and going to bed before midnight.

The Rise of DJ Shift 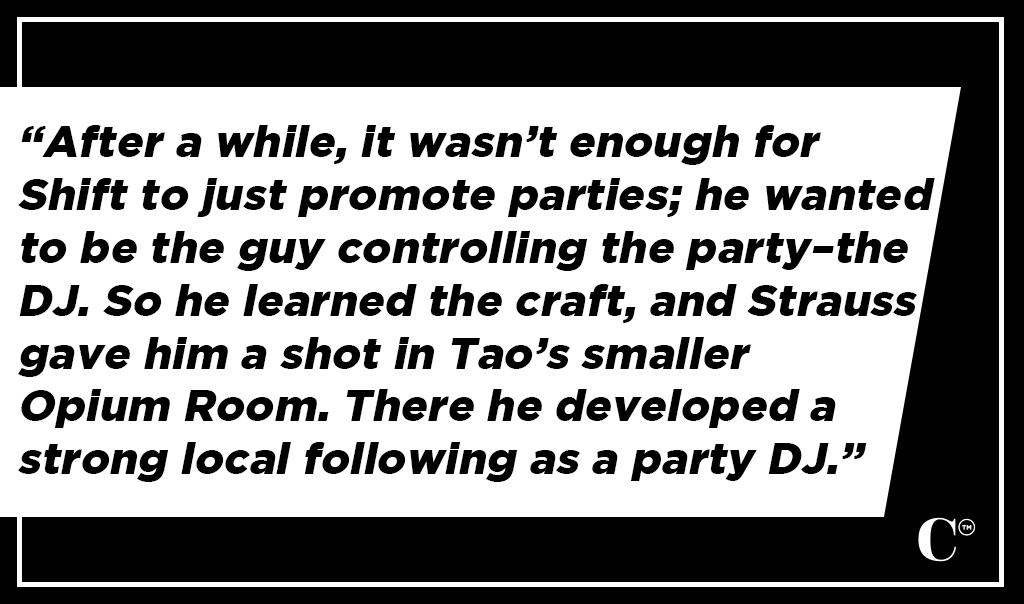 In Las Vegas since 1991, Shift started bartending when he turned 21, which led to promoting events–except there was no such thing as megaclubs at that time, so he was relegated to throwing parties in ballrooms.

“I would buy alcohol, hire bartenders right out of bartending school, set up a plastic pool in the corner to have a wet T-shirt contest and bring in DJs–and I was crushing it,” he says.

In 2004, he met New York City nightlife executives Jason Strauss and Andrew Goldberg, who had just arrived in Las Vegas to open a new restaurant and club concept called Tao at The Venetian. The rest, as they say, is history.

“They told me they were going to bring a club to town that would have girls in bathtubs and I thought, ‘What the fuck? That ain’t gonna happen,’” he says with a laugh. “They made it happen.”

Shift, along with Las Vegas nightlife legends Marc J and Brandon Roque, dominated the scene at Tao, which opened in 2005, packing the dance floor tables with the city’s richest, hottest and most influential people.

After a while, it wasn’t enough for Shift to just promote parties; he wanted to be the guy controlling the party–the DJ. So he learned the craft, and Strauss gave him a shot in Tao’s smaller Opium Room. There he developed a strong local following as a party DJ.

Never in it just for a check, Shift made it his standard protocol to make the rounds before every set, greet guests, do shots and make the crowd feel special. It is a tactic that won him fans and friends within Las Vegas’ industry crowd–and a massive word-of-mouth following.

When Nightlife Kings Ruled the Land

Andrew Sasson’s Light at Bellagio and Neil Moffitt’s ICE reigned over Las Vegas at that time, and the city’s top DJ talents were open-format–meaning they played all genres–DJ Vice, DJ AM, DJ Five, DJ Hollywood and Shift. Those were the days before the producers took center stage and started commanding six-figure paychecks.

“Mega Clubs used to not showcase the DJs. When we played at Stevie D’s groundbreaking club Pure we were in the corner. When Tao opened we were upstairs out of sight. And at Studio 54 we were behind the bar with bartenders in front of us and we were looking through the top shelf bottles to see the dance floor,” Shift says with a laugh.”

He points out that the original DJ booth at XS At Wynn Las Vegas, which later became famous for its monster roster of EDM producers such as Chainsmokers, Steve Angello and Kaskade, was hidden behind a door because the main attraction was the club, not the DJ. “I think when people couldn’t see the DJ, the energy level from the crowd was not as high because the energy has no direction” he says. All that changed when XS put deadmau5 front and center, dressed as Hunter S. Thompson, on Halloween Eve October 30, 2011. 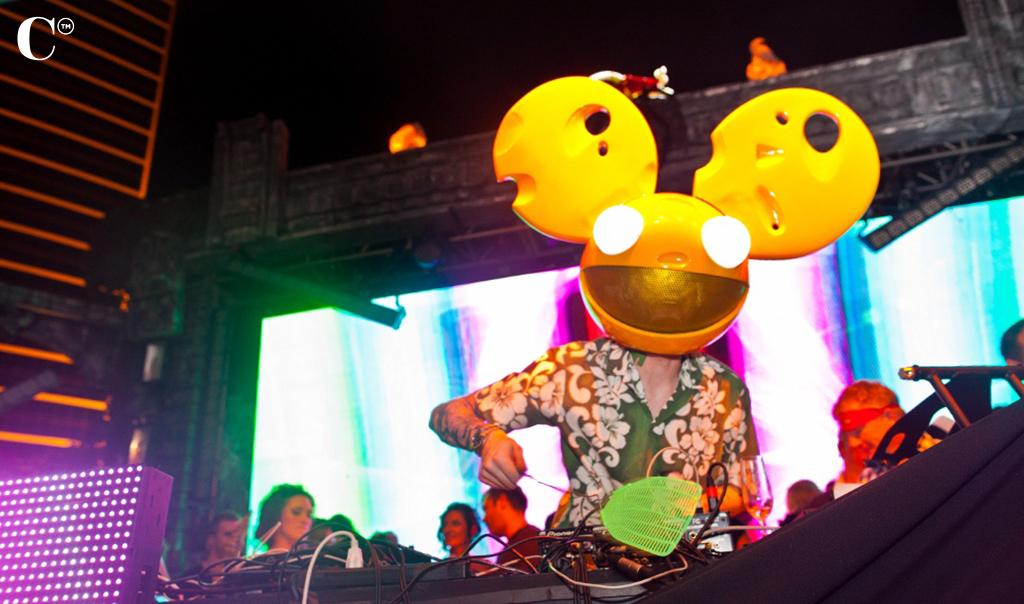 The popularity of EDM producers as touring and performing artists pushed the tried-and-true, week-in week-out open-format DJs into a supporting role. This was one Shift was happy to embrace, as he was still booking hundreds of gigs per year but at a higher price tag. “The amount of money I was making went up but my number of shows went down a bit,” he says.

The lucrative highs of DJing afforded Shift the ability to invest in real estate and purchase a few toys as well as develop an exit plan, should he choose to escape the industry. Two interests that have risen to the top are construction and food–and they are linked to his love of real estate.

“It feels good to do some man shit again, and then crack a beer afterward,” he says of one recent major home remodeling project. “I actually love the architectural part and turning a house into a home.”

With clubs closed for regular business, a lot of Shift’s entertaining now unfolds in the kitchen and his Instagram series #QuarantineQuisine, where he makes elaborate home-cooked meals like three-hour salsa verde chicken enchiladas with black beans and rice. This content has become a favorite with his 30,000 followers. He hopes to turn #QuarantineQuisine into an actual show.

“I love the chaos of cooking for everybody and entertaining at my home. It brings people together just like nightclubs and music do. I don’t know if I want to work every day cooking, but I wouldn’t mind opening a restaurant. For now, DJing still brings me passion–if it doesn’t bring you passion or make you happy, don’t do it anymore,” he says. “Entertaining is my love and my life, music and food are my tools.”

Shift has considered, though, stepping away from the pressure of the big rooms. “Eventually, I hope to have my construction company and my food show during the day and catch a couple little lounges on the weekend and sit back with my glass of wine and play some ’80s and ’90s music, you know, maybe from a chair,” Shift jokes.

He likens being a DJ in Las Vegas to the ups and downs a professional athlete faces and with it comes strong advice to the kids thinking of pursuing the glamorous career route.

“You come out of college and you’re making money but it’s still peanuts compared to the big guys. You’re so excited, you’re fresh, and then you make it or you don’t. If you make it, you get contracts and get paid a lot of money. You’re having a good life. You’re buying $1,000 bottles of wine at dinner and everything is good,” Shift says. “Then all of a sudden, you get toward the end of your career and you’re like, ‘Oh, shit, what am I going to do for the rest of my life?’ It has only been 15 years and regular careers are 30 to 40 years. Then you start realizing you are non-essential and you can’t even go down to a local grocery store and get hired. I always try to tell young kids this is not real life. You have to make a career out of 10 years when other people have 40 years to do it. You can’t spend every dollar you make. You have to invest in yourself. Try not to just buy Louboutins, trips and expensive meals.”

Now with clubs starting to open up again in limited capacities, Shift is starting to be offered gigs again. He recently played Daylight in Las Vegas and Bloom in Oklahoma City.

“I am passionate about the party and entertaining people. I like being in front of a crowd. I like hearing people sing along. Three thousand people singing the lyrics to a song gives me goosebumps. I really miss that,” Shift says. “Every day I get to play in Vegas, I feel like it is a dream job.”