Latin-American Cartels Turn to Crypto Currency to Mop Up Cash

Crypto-currency has become the new face of money laundering in many countries. In Latin-America specifically, crime cartels have been utilizing 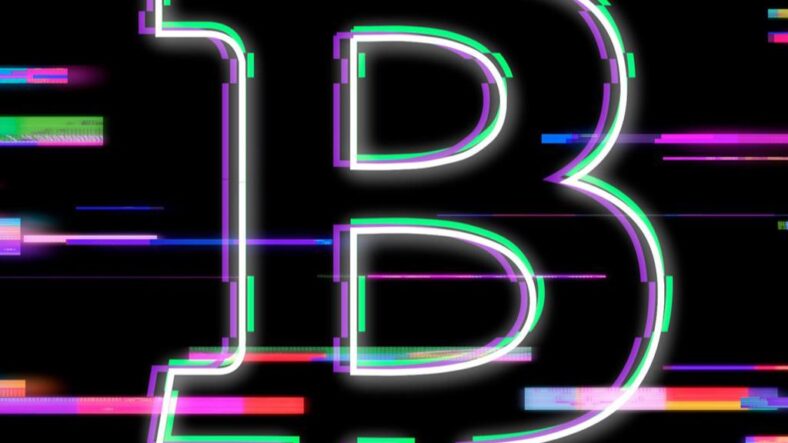 Crypto-currency has become the new face of money laundering in many countries. In Latin-America specifically, crime cartels have been utilizing lax laws to launder their money through the crypto realm.

How Are Cartels Using Crypto-Currency to Launder? 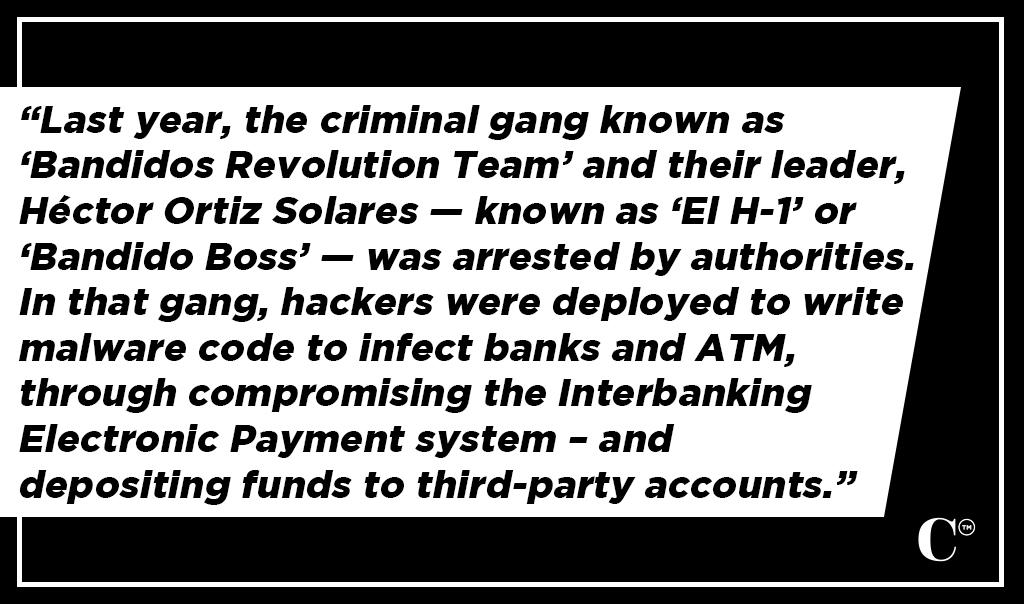 They then use those accounts to buy a series of small amounts of bitcoin online, he added, obscuring the origin of the money and allowing them to pay associates elsewhere in the world.”

Another method cartels use has recently been highlighted in US news. They funnel funds through scams that can involve the use of stolen bank cards, or in the case of the US – illegally acquired unemployment benefits.

PYMNTS.com shares information on how the cartels use these micro-transactions to funnel money through crypto sources and hide the trail. “Separately, in terms of fraud against companies, banking trojans, malware and ransomware have been coming from the Latin American region, the paper said. Last year, the criminal gang known as ‘Bandidos Revolution Team’ and their leader, Héctor Ortiz Solares — known as ‘El H-1’ or ‘Bandido Boss’ — was arrested by authorities. In that gang, hackers were deployed to write malware code to infect banks and ATM, through compromising the Interbanking Electronic Payment system – and depositing funds to third-party accounts. The gang was estimated by authorities to be stealing as much as the equivalent of $5 million a month — and had orchestrated a cyberattack that cost five financial institutions $15 million in fraudulent transfers.

‘Carding’ is also a fraudster favorite, according to the report. This practice involves the use of stolen credit cards to make fraudulent purchases.

‘This practice is widespread in the Latin American cybercrime community, and threat actors have made millions of dollars. They call this practice ‘compras.’ Spanish for ‘purchase’ or Portuguese for ‘shopping,’’ noted the paper.

The criminals advertise that they will pay a bill for customers at a discounted rate; the customer deposits money into the criminal’s bank account at a convenience or grocery store. The criminal uses stolen cards to pay the bill and pockets money from the customer.’”

Laws Are Slow to Catch Up 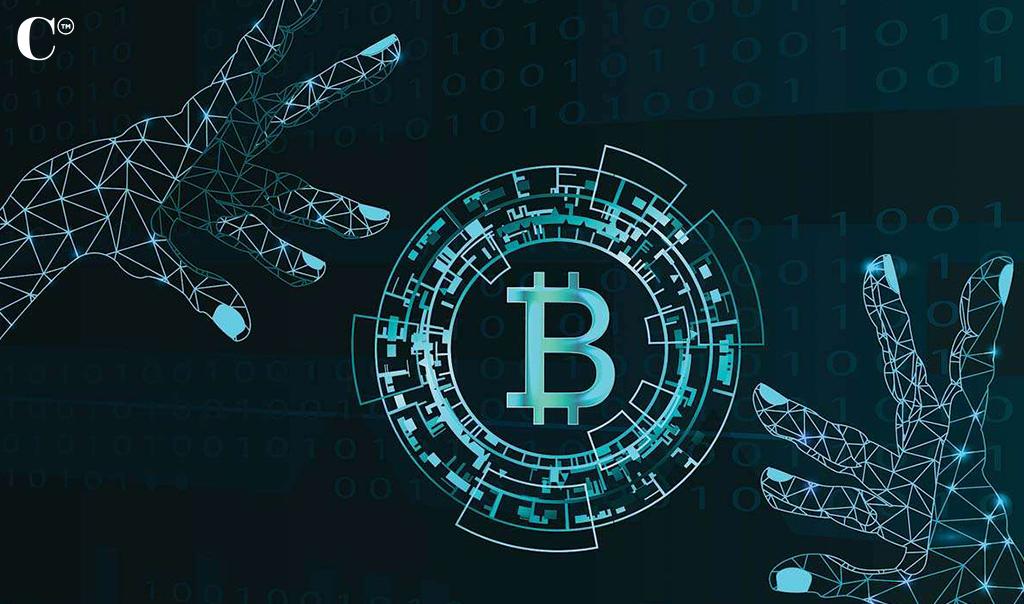 The reason Latin-American cartels are finding such success at rerouting ill-gotten gains through the crypto realm is a lack of cohesive laws preventing them from doing so. Mexico and Brazil are the only two countries to effectively try to tackle the shift to crypto-laundering, with some early successes.

Nasdaq reports, “In April 2019, Mexican police arrested suspected human trafficker Ignacio Santoyo in a plush area of the Caribbean resort of Playa del Carmen after linking him to a prostitution racket extending across Latin America.

Yet it was not the 2,000 women Santoyo is alleged to have blackmailed and sexually exploited that ultimately led to his capture, but the bitcoin he is suspected of using to help launder the proceeds of his operations, officials said.” 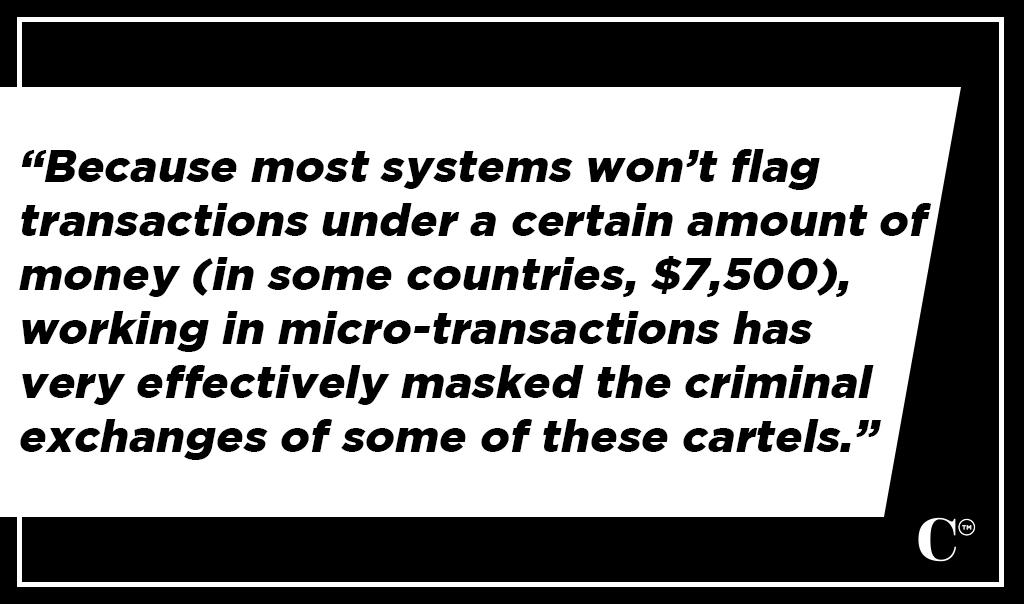 Because cash is heavy and unwieldy, and in-person transactions are dangerous during the COVID-19 pandemic, crypto currency has become the preferred exchange of choice for these cartels. A combination of a preference for this shift, and a poorly-staffed UIF unit attempting to combat the illegal practice, has created a perfect storm for these cartels to flourish on the dark web. Although places like the Silk Road have long since shut down, there’s still a successful undercurrent of illegal crypto transactions online. Because most systems won’t flag transactions under a certain amount of money (in some countries, $7,500), working in micro-transactions has very effectively masked the criminal exchanges of some of these cartels.

In Mexico and Brazil they are working to lower the threshold necessary to trigger an automatic investigation, and beefing up on staffing to have human eyes on the online exchanges. But crypto currency like Bitcoin has been notoriously impossible to police and control, and officials worry that this new venture into online laundering will be out of their control if they can’t get a handle on it quickly.