Lawyer in Case Against Tiny and T.I. Shares Details of ‘Sadistic’ Abuse in Allegations 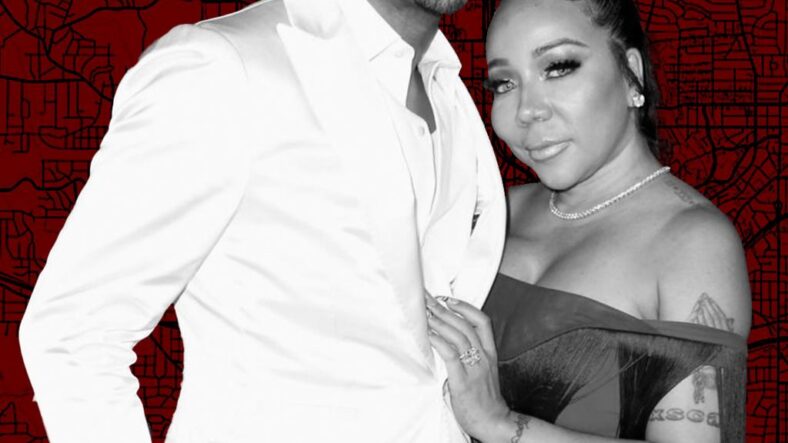 Last month, 15 women came forth with allegations of sexual assault and abuse from Clifford Joseph Harris Jr. – known to fans as T.I.– and his wife Tameka Dianne Harris, aka, “Tiny.” It all started after Sabrina Peterson, once a friend of the couple, shared online some of the horror she alleges to have suffered at their hands – and it opened a floodgate of victims who came forward with their own stories, all sharing eerie similarities. Now, a lawyer in a case being brought against T.I. and Tiny is sharing the shocking details of the allegations.

When Peterson shared her experience online, she had no idea what would follow.

Per Hot97, “In an Instagram post, Sabrina claims T.I allegedly put a gun to her head while children were in the room. According to Sabrina, she was assaulting Tip’s former assistant. Sabrina says the former assistant was treating her like a ‘slave.’ Sabrina said in the post,

‘The sad part about being a woman & BEING A BLACK WOMAN IS THIS! The public PRAISES OUR PREDATORS! @troubleman31 you PUT A GUN TO MY HEAD IN FRONT OF CHILDREN & I NEVER CALLED THE POLICE ON YOU! But for years you have painted me as the VILLAIN!’ She continued,

‘AS BLACK WOMEN! It’s hard to heal from RAPE, VIOLENCE OR ANYTHING BECAUSE YOU ARE PAINTED AS THE PROBLEM OR REASON THIS HAS HAPPENED TO YOU! LETS NORMALIZE THE ALLOWING BLACK WOMEN TO HEAL! It’s so hard being the VICTIM OF RAPE & BEING PAINTED AS THE REASON IT HAPPENED!’”

In the days that followed, 15 more victims came forward, all sharing harrowing experiences that they had with the married couple, most involving drugs and rape. 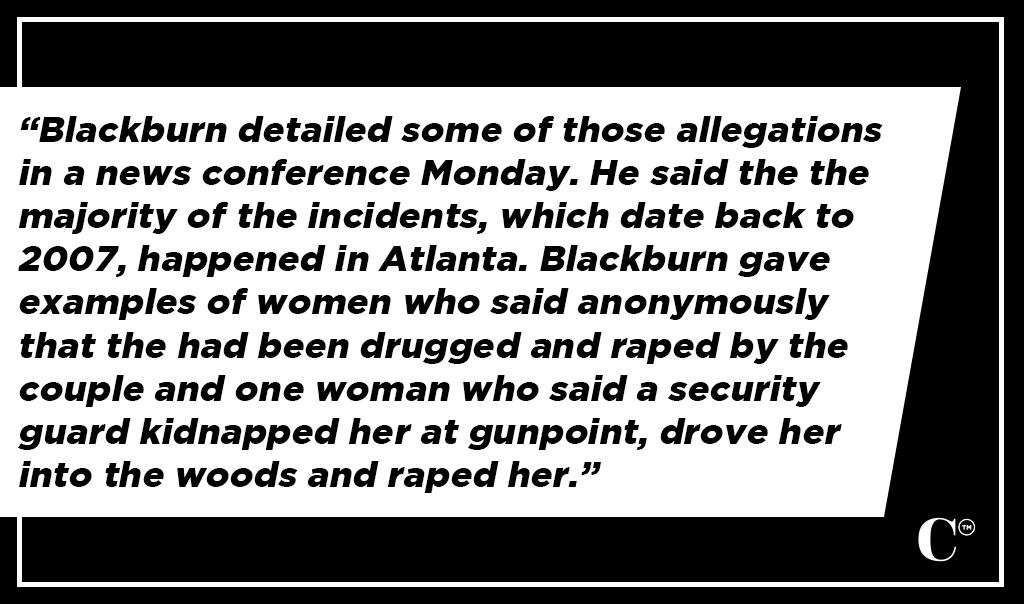 Now, however, that list of victims has expanded to more than 30 people. In a press conference, a lawyer representing a case against T.I. and Tiny has called for a full criminal investigation, having been asked by 8 of the victims to pursue a legal remedy. Per WSB-TV in Atlanta, “Lawyer Tyrone A. Blackburn said he has approached law enforcement authorities on behalf of at least 8 people who claim to have been victimized by the couple or members of their entourage.

Blackburn detailed some of those allegations in a news conference Monday. He said the the majority of the incidents, which date back to 2007, happened in Atlanta. Blackburn gave examples of women who said anonymously that the had been drugged and raped by the couple and one woman who said a security guard kidnapped her at gunpoint, drove her into the woods and raped her.”

The stories all include forced drugging, kidnapping, rape and intimidation. It’s unimaginably horrific that the married couple has been allowed to abuse so many from their position of power.

WSB continues, “The specific allegations include individuals who claim having been ‘coerced by Tiny to ingest drugs’ or being ‘unknowingly administered drugs to impair the victims’ ability to consent to ‘sexual acts,’ People reported.

Meanwhile, five women told The New York Times that they were drugged or sexually assaulted by 40-year-old T.I., 45-year-old Tiny Harris or others ‘in their orbit.’”

T.I. and Tiny Deny Everything

Since the beginning, the married couple has claimed that this is all due to haters and sour grapes. After their friendship with Peterson went south, the Harris’s claim that she was spurred to publicly blast them out of bitterness.

CELEB looked into these allegations last month, and at the time T.I. and Tiny seemed mostly irritated about the accusations. “The rapper and his wife, for their part, are denying the accusations. Complex shares a statement from the couple and adds that they have had, ‘trouble,’ from Peterson over the years.

The statement reads, ‘Mr. and Mrs. Harris want to be on record and more importantly want the public to know they emphatically deny in the strongest way possible the egregiously appalling allegations being made against them by Sabrina Peterson. The Harrises have had difficulty with this woman for well over a decade. They are taking this matter very seriously, and if these allegations don’t end, they will take appropriate legal action.’”

The Hollywood Reporter shares their newest, more concerned response, “The celebrity couple vehemently denies all the allegations. In a statement provided to media, their attorney Steve Sadow said, ‘Clifford (T.I.) and Tameka Harris deny in the strongest possible terms these unsubstantiated and baseless allegations. We are confident that if these claims are thoroughly and fairly investigated, no charges will be forthcoming.’

The statement continued, ‘These allegations are nothing more than the continuation of a sordid shakedown campaign that began on social media. The Harrises implore everyone not to be taken in by these obvious attempts to manipulate the press and misuse the justice system.’”

It is likely a criminal probe will be launched and the couple will soon be required to face the reality of their accusers’ allegations. If true, they were able to abuse dozens of women over nearly two decades. The repercussions of their alleged abuse and the atmosphere of silence around it has far-reaching implications for the abuse of power of the privileged and powerful.