On her first season as a Real Housewife of New York, Leah McSweeney came on strong. Fans loved her personality 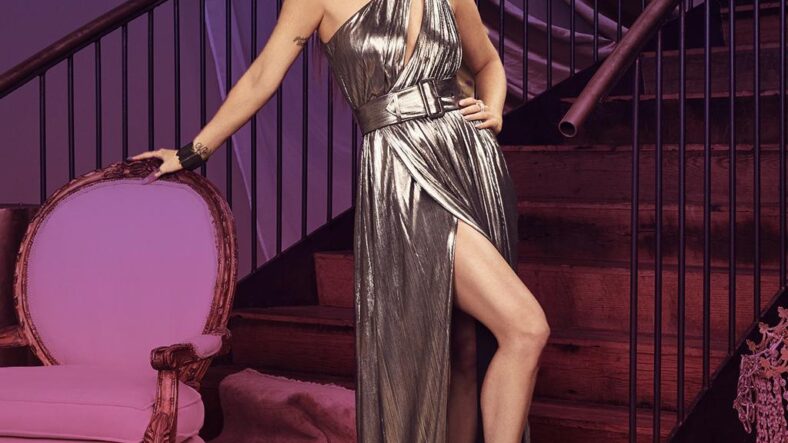 On her first season as a Real Housewife of New York, Leah McSweeney came on strong. Fans loved her personality and looked forward to many more seasons. However, a change on her Instagram bio has us worried that McSweeney may be done with RHONY!

Who is Leah McSweeney?

McSweeney is the popular newcomer to the Real Housewives of New York. The future fashion designer was born on August 27, 1982, in Manhattan. She founded women’s street-wear fashion brand, Married to the Mob, which has collaborated with huge name-brands like Reebok and Nike. McSweeney has appeared on Bravo’s Millionaire Matchmaker, and several radio shows. After being seen with Housewife Tinsley Mortimer on a 2019 episode of RHONY, McSweeney was referred to production by Bethenny Frankel.

What happened during her first season?

Newcomer McSweeney exploded onto the scene in RHONY. McSweeney got along with RHONY bad girl Dorinda Medley, and won the hearts of fans everywhere with her fun personality and open thoughtfulness. 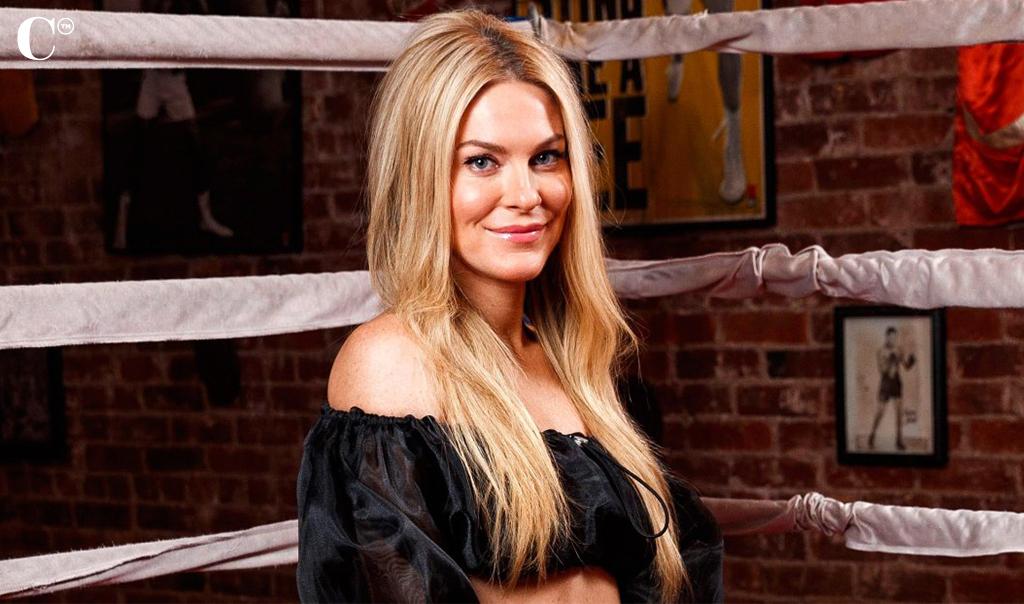 Yahoo! Entertainmentsays of McSweeney, “In addition to fearlessly calling Ramona out any chance she gets, Leah has just turned in an all-around unprecedented first-time-Housewife performance this season. Leah expresses her appreciation of all the positive feedback she received from fans, especially during this particularly isolated time, and she also gives us some life updates, including that she’s quit drinking again (but has no regrets about spending her nine months back on the sauce ‘with the funniest bitches ever’) and upgraded her apartment. And thank goodness for Betsy-from-Charlotte, who gets us one more update by asking everyone’s burning question: ‘Leah, please elaborate on the vagina wings.’

Apparently, when Leah was a teenager, she took part in a hallucinogenic that took her ‘to another dimension of the universe’ where she had purple wings. And when she came back to the current dimension, she wanted to get those wings tattooed on herself, but she thought getting them on her back would be too cliché. Thus: vagina wings. The absolute best part of this story though is not how wild it is, but watching all the other women try to act like they’re totally cool with how wild it is. They are very cool, just like their new best friend Leah!!!” 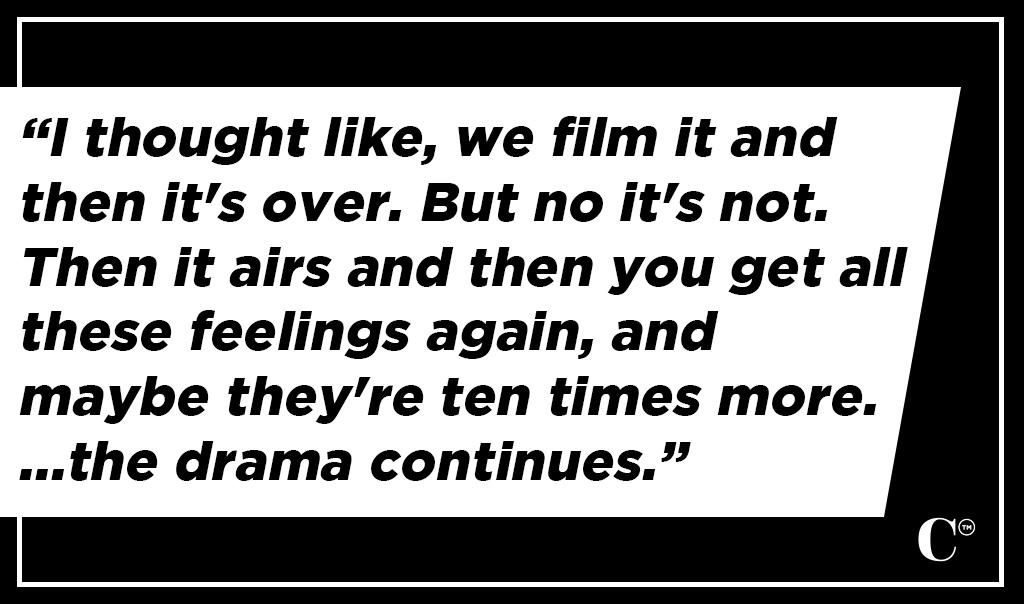 That’s a good question. We noticed that McSweeney had removed RHONY from her Instagram bio, which raises serious questions about her future on the show. With such a fantastic first season under her belt, why would McSweeney leave? An interview with host Andy Cohen and guest Michelle Buteau may offer hints. Cohen asks McSweeney if she’s having fun and McSweeney says in a nervously high voice, “yeah, totally!”

Buteau asks skeptically, “are you?” To which McSweeney responds, “Yeah. I’m having fun watching it. It was a lot of work. It was also fun doing it… …It’s so much more intense than I ever could have imagined.”

McSweeney answers, “I thought like, we film it and then it’s over. But no it’s not. Then it airs and then you get all these feelings again, and maybe they’re ten times more… …the drama continues.”

We’ll have to wait to find out for sure 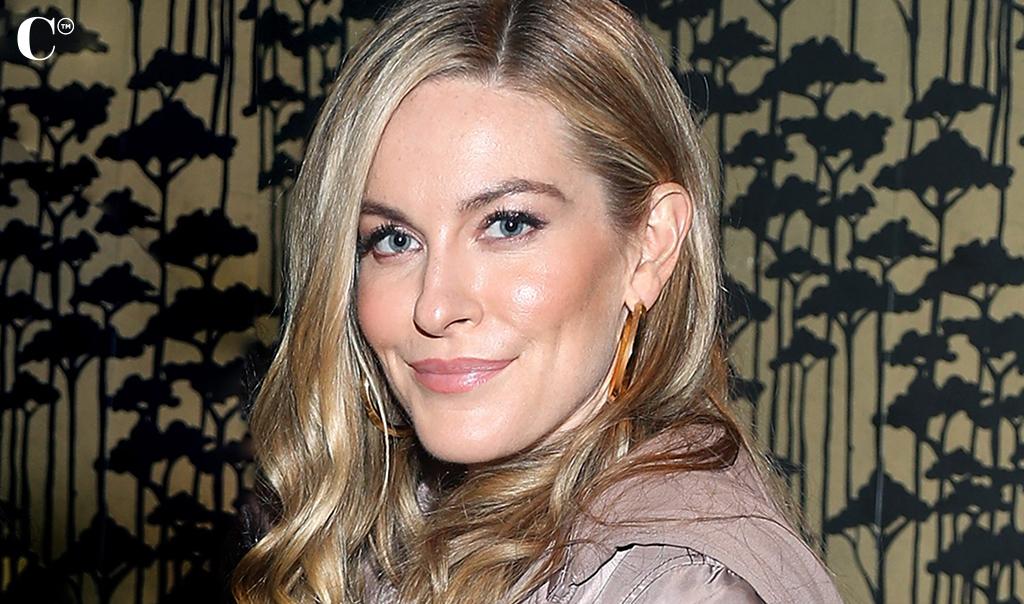 Although the removal of RHONY from Instagram definitely makes us feel like she’s on the way out, McSweeney hasn’t confirmed or denied it yet. Fans will have to wait to find out if their new favorite Housewife is sticking around, and we’ll bring you the information as soon as she has confirmed one way or the other.