Things are pretty messy between Teen Mom Leah Messer’s ex Jaylan Mobley and the fan favorite star. According to Celebuzz, 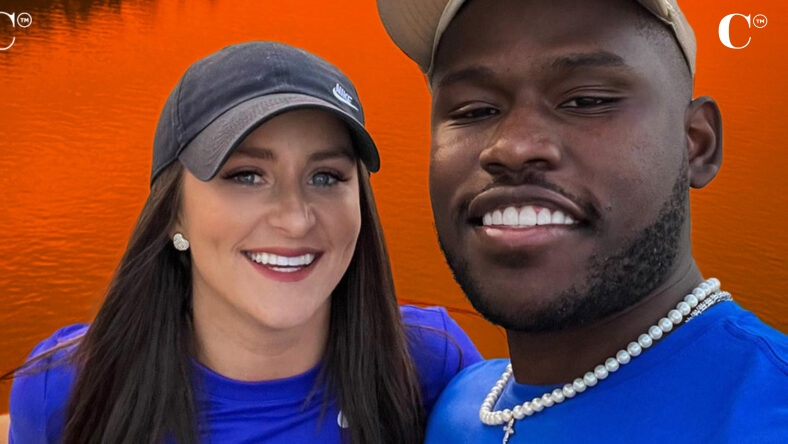 According to Celebuzz, Leah Messer and Jaylan Mobley announced their engagement in August, they called off their engagement months after announcing it in October. They had just bought a house together.

It seems like Jaylan has kept the money that was meant for the down payment on their home after the breakup. Leah has been staying in the house with her daughters. The house is still under Jaylan’s name.

He might not have been honest about the purchasing process of the home. “He had told Leah he needed a down payment on the house, and I’m 99 percent sure she now knows there was no down payment on the house,” A source told the outlet. “I’m not 100 percent sure how it went down, because I don’t think Leah knows,” they added. Leah is not on the deed due to her tax issues.

Jaylan got a VA loan to purchase the house. The money that Leah gave Jaylan for the down payment on the house was used for something else. There has been a new update from the source. Jaylan cheated on Leah after their engagement. The source said: “Leah saw material suggesting he was unfaithful.”

The breakup has been hard on Leah and her daughters. “He agreed to sign the house over, on the condition that Leah signs an NDA and not discuss the reason behind their breakup. As long as Leah agrees to keep it quiet, legally everything will move forward to her having the house in her name only,” a source claimed. Jaylan isn’t commenting on the situation. He moved out of the house right after the breakup.

According to Celebuzz, many believe Jaylan Mobley was flaunting his wealth, many assumed he was using Leah Messer for her money and fame. Jaylan Mobley posted a photo in front of a luxurious house, standing in front of a Lamborghini. one user said: “Cringe is his new name. Jaylan sure loves feeling himself,” One commented:” So are we to believe he’s flying on private jets?”

Reality star Leah Messer speaks out about the claims of her fiancé Jaylan Mobley using her for fame and money. Leah Messer wrote on Instagram: “If he was in it for fame, believe me, at this point he’s wishing he wasn’t in it for fame now & sure as f*ck wouldn’t be doing what he continues to do for not just me but MY three daughters as well.”

Leah continued: “TRUST ME, it’s not the only reality fame he fell in love with. If some of y’all knew this man before all the preconceived notions you want to have or what has been shown for you on a reality tv show that has to be cut down and edited for maximum drama, you would know without a doubt that it’s not for fame.”

According to The Hollywood Gossip, two days after Leah and Jaylan broke up, Leah got drunk and went on Instagram live with co-stars Briana DeJesus and Maci Bookout. Leah’s friends were encouraging her to get off live and say goodnight but things got messy.

Leah allegedly tells one of her friends: “No … no, n–ga, I’m not telling them goodnight.” Now fans are saying she uttered a racial slur.

After a week, Leah doesn’t want to speak about what was said. She broke her silence when she commented on a post on an Instagram page “Teen Mom Chatter” fan page saying: “I’ve never said the N-word and never would. I said no no Nicole no.”