Did Liam Payne & Zayn Malik Secretly Date? All The Details On The 1D Member’s Rumored Relationship

For years now, One Direction fans have been convinced that Louis Tomlinson and Harry Styles were secretly in a relationship. Yep, for those who don’t 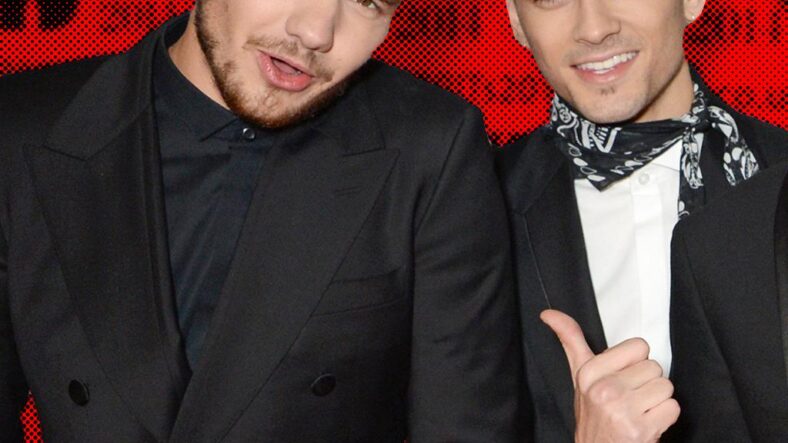 For years now, One Direction fans have been convinced that Louis Tomlinson and Harry Styles were secretly in a relationship. Yep, for those who don’t know, the guys were put into the band (alongside Liam Payne, Niall Horan and Zayn Malik) after auditioning as solo artists on The X Factor. And right away, Styles and Tomlinson instantly hit it off. But when fans started to notice a bunch of cute little interactions and interesting comments made between the two guys online, on stage, in videos and during interviews, theories started to arise that they were more than friends. Now, there are entire Tumblr pages and Twitter accounts dedicated to their alleged romance — which fans refer to as Larry Stylinson — and over the years, fans have compiled tons of pictures, videos, GIFs, quotes and so many more things that they believe are proof of Styles and Tomlinson’s love.

But it turns out, there may have been another 1D love story that went on behind the scenes. Get this — some people are also convinced that Malik and Payne had a secret fling, so we decided to break it all down for you. We went ahead and rounded up all the alleged evidence that Ziam were romantically involved  — here’s what we know…

They Were Very Touchy During Interviews

Beginning in 2012, fans started to notice that the two singers were getting very touchy with each other during interviews. Once, Malik was spotted rubbing Payne’s chin while he was answering a question. And another time, it looked like they almost kissed each other! And on stage, they had a few suspicious interacts as well. For example, the “Pillow Talk” crooner rubbed the “Strip That Down” artist’s leg once. Oh, and did we mention that Payne was caught squeezing Malik’s back on more than one occasion?

Now, it’s definitely possible that these moments were just between two friends, but one fan pointed out on Tumblr, “Everyone’s got a limit in what they consider platonic touching. Personally, I have a fairly high tolerance for my friends gettin’ all up on me … Nice caress of your buddy’s inner thigh, there, Zayner, that wouldn’t be totally invasive of a platonic friend’s space … But maybe, you say, they’re simply very affectionate pals. Uhhh, OK. Except we don’t see this behavior with other people they interact with. Not even the other boys.”

Another clue that has fans convinced that they dated is that the former bandmates were spotted seemingly wearing a matching bracelet in 2016. The gold Cartier bracelet in question first appeared on Payne’s wrist in at the Brit Awards in February of that year. He was spotted wearing it a few more times after that, but when Malik was caught sporting what appeared to be the exact same one that American Music Awards later that year, it fueled speculation even more. Want to know the most suspicious part? The bracelet is symbolic for love.

“The Love bracelet consists of two parts that can be locked or unlocked only by using a special screwdriver that is supplied with every bracelet. The screwdriver is also available in the form of a necklace, allowing the bracelet to be ‘locked’ onto one person, while the ‘key’ is kept around the neck of another, as a symbol for their commitment to their relationship,” Cartier’s website described the piece of jewelry.

“Both of them have been seen wearing these bracelets but none of their girlfriends have the matching piece, nor did the media outlets mention this huge declaration of love,” one fan tweeted. “Also, both Liam and Zayn have bracelets from the same collection, out of 25. What a coincidence!”

Both of them have been seen wearing these bracelets but none of their girlfriends have the matching piece, nor did the media outlets mention this huge declaration of love. Also, both Liam and Zayn have bracelets from the same collection, out of 25. What a coincidence! pic.twitter.com/3vd0skWEXO

Some People Believe They Even Have Matching Tattoos

Many fans also believe that Malik and Payne have a few matching tattoos, which they feel is more proof of their secret relationship. For example, Malik has a tattoo of two wings on his chest, but if you look closely you’ll see that one feather is missing from it. Payne has a feather inked onto his arm, so many people believe that it’s the missing one from Malik’s design.

Wings and feather + “I figured it out”

Zayn and Liam got these tattoos around the same time in April 2013.
One of Zayn’s wings is missing a feather and Liam has one tattooed on his arm. Liam also added the lyrics of You & I “I figured it out” which is his and Zayn’s fav song pic.twitter.com/WWJNlzrNON

Payne also has an ink design that reads, “We’re the quiet ones.” And since he has referred to himself and Malik as the “quiet ones” in the band on numerous occasions, fans are convinced that this body art is another tribute to his old group mate.

“We are the quiet ones” tattoo it’s pretty self-explanatory, they’re the ones no one pays attention to and also liam mentioned in an interview that he and zayn used to be really quiet when they came into the band pic.twitter.com/M0EjT8gKze

Fans Think Their Management Forced Them To Hide Their Relationship

So if they were dating, why didn’t they just announce the relationship to the public, you ask? Well, fans are convinced that their former management company — Modest Management — made them to hide it from the world. Ziam shippers also believe that every time Payne and Malik publicly entered into a relationship with women over the years (Payne was linked to a Sophia Smith, Danielle Peazer and Cheryl Cole, while Malik was engaged to Little Mix singer Perrie Edwards during his time in the band, but has been in a long-term relationship with Gigi Hadid since 2015), that they were all fake and an attempt to hide their true love for each other.

They Believe That Their Girlfriends Were Beards

Fans have compiled what they believe to be proof that Payne’s past relationships were fake, with one fan even claiming in a Tumblr post that the 1D heartthrob looked “miserable” in all of his pictures with Cole — who he welcomed a child with, named Bear, in 2017. Currently, the star is engaged to model Maya Henry, but many people are suspicious of this relationship too. Why? Well, they think the 19-year-old is lying about her age online, and that the timeline of their relationship doesn’t make sense, which you can read about here. As for Malik, fans have suggested that his relationship with Edwards was just a ploy to help her band get more attention and that his romance with Hadid (who gave birth to his daughter in 2020) was faked so that Malik could get rid of his “bad boy” rep.

Liam Payne Has Denied The Relationship

So what have they said about it? Well, Payne denied that he was gay on Twitter back in 2014. He tweeted, ”I’m 100 percent not homophobic. But I’m also 100 percent not gay so when somebody says I am I’m gonna say I’m not which does not make me a homophobe,” after a fake photo of him started to circulate online.

Plus, in 2017, the singer said he was no longer in contact with Malik. “I haven’t spoken to Zayn in a while, he’s off doing his thing and more power to him. I think it is great, more power to him,” he admitted.

Unfortunately, it’s still unclear whether or not Ziam and Larry are just crazy conspiracies or if the 1D fandom has uncovered their real secret relationships.