‘Life and Beth’ Review: As Close to Perfect as Possible

Every so often a television show comes along and just blows you away. A perfect combination of story, acting, casting 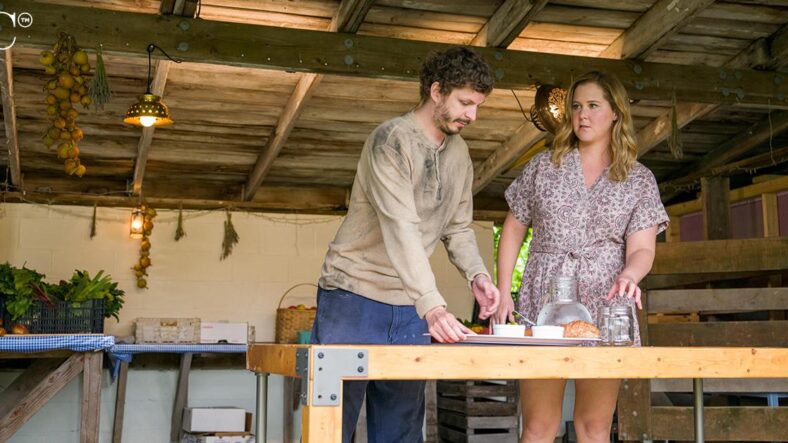 Every so often a television show comes along and just blows you away. A perfect combination of story, acting, casting and execution are put on screen and remind you to give thanks for the entertainment gods. “Life & Beth” is that show. At the risk of being too cliche, it’s the show that we didn’t know we needed. 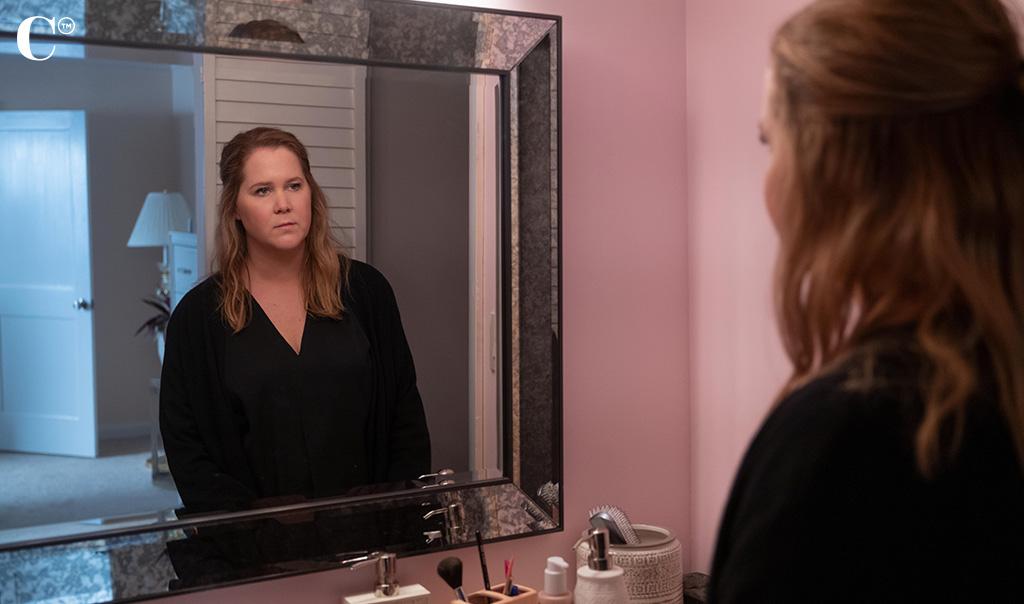 Amy Schumer is Beth. Beth is living the life but isn’t living life. She’s got a great job/career as a wine distributor, a boyfriend who is the office hottie and has a group of girlfriends that would make the ladies from “Sex and the City” green with envy.

But, when a person close to Beth dies she has to dip her toe into the waters of her childhood and is soon pulled head first into the pool of the present forcing her to question, well, everything. Truth be told, that description alone sounds like 80% of the dramas that are seen today. But, I would be doing a disservice to you if I were to say that while this story isn’t original, “Life & Beth,” absolutely is perfect (gasp!) Yeah, I said what I said. 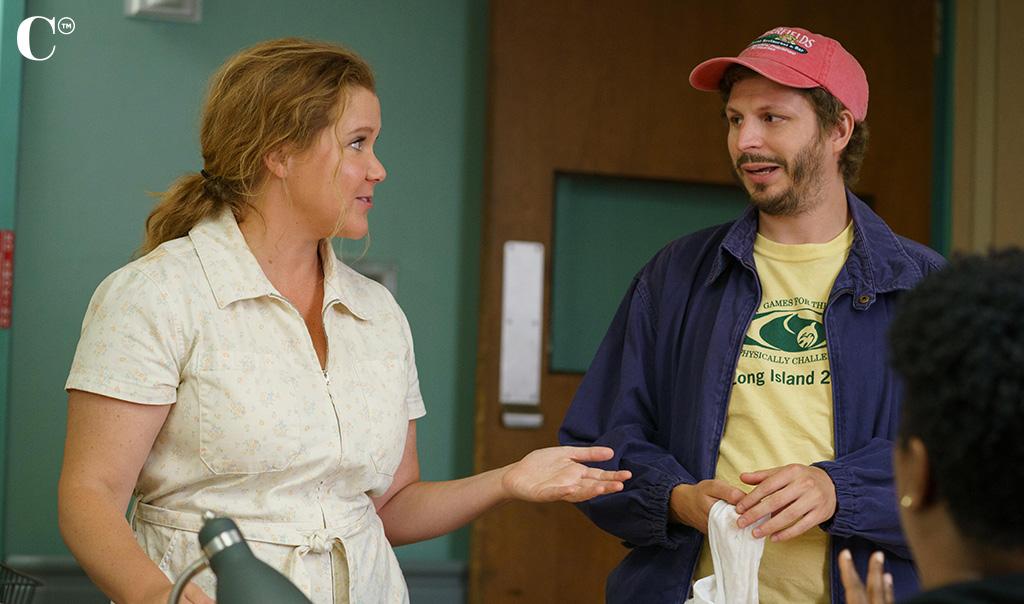 Schumer not only created the new series on Hulu,  she directs, exec-produces and stars in “Life of Beth.” I am here to tell you she does it all and she does it spectacularly.

The series is seen through both adult Beth (Schumer) and her young teenage self (Violet Young). In a series of flashbacks throughout the season, you will get a look at how and why present day Beth isn’t at the wheel in her own car of life. 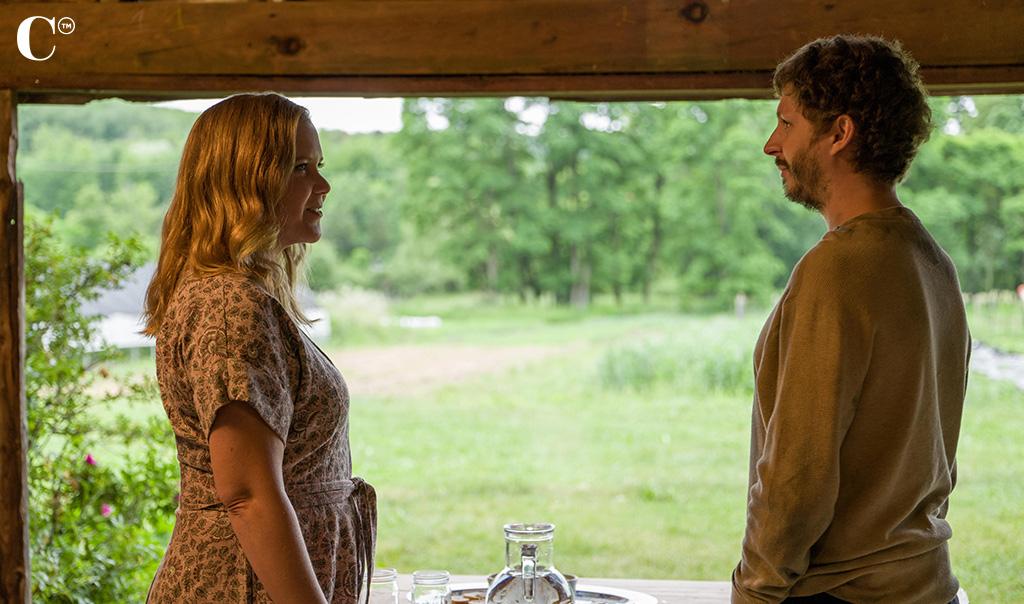 Supporting Beth in her Beth 2.0 revamp is a cast of characters that are superb. Beth’s BFF is Maya (Yamaneika Saunders) and it’s this pairing that makes for some of the show’s most hilarious moments, truly. The pair had this girl laughing so hard that I rewatched one particular bar scene four times in order to catch all the beats.

Coming to Beth’s life (and the series) later on is John played by Michael Cera. Their chemistry is so stellar it makes me angry that more relationships aren’t portrayed this impeccably. Damn it, Schumer and Cera make it look so easy, why can’t everyone else do that? Steeped so far in awkwardness it’s amusing.

John himself is flawed and blunt. So much so that it makes one wince. But it is balanced out with quirkiness and tenderness. He is the guy who says things that only a Grade A ass would say, but with zero malice in his intention. Rough around the edges puts it mildly when it comes to John and Cera plays that seemingly effortlessly. 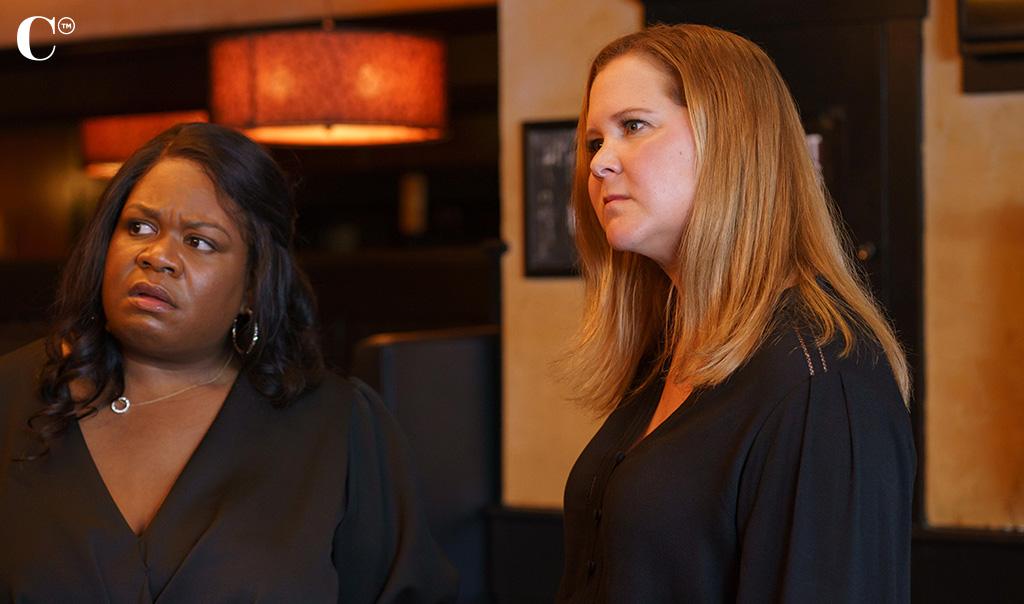 Michael Rappaport is Beth’ dad Leonard and holy expletive, he is spectacular. As broken as the father/daughter relationship is, it is achingly graceful to witness.

It’s been a long time practice for Schumer to have a rotating cast of famous friends join her in her projects. “Life of Beth” is no different. Every episode is a delightful array of colleagues from Schumer’s comedy life.

It’s not an understatement to say that every guest, every friend of Schumer who appears in the show is impeccable. Be it Dave Attell’s appearance as a Rabbi in the series, or Hank Azaria as a funeral director, there is no weak link whatsoever in the guest stars.

The series is by far an instant favorite. “Life & Beth” is poignant. It’s heartbreaking. It’s wickedly hilarious, but not in the joke telling sense. It’s funny in the tragic moments where life pops up.

There isn’t much in the negative column for the show. If I had to file a single complaint it would be the ending. Without spoiling it, it was a little too cutesy for this critic. But that is such a minor detail it’s almost inconsequential when put up against the entire series.

“Life & Beth” is 10 episodes but could easily have been more. I wanted more and so will you. Every episode has a standout scene, and I mean every episode.

You will likely love this show as much as I did. Not because you are Schumer super-fans, but because it makes being human beautiful again. It makes feeling melancholy and unhappy and stuck necessary again. It will make you want to start living.

And that my friends is why movies and television exist.

“Life & Beth” premieres on Hulu on March 18th with all ten episodes.

‘The Dropout’ Review: Fascinating Story That Just Gets Better

‘Inventing Anna’ Review: Mostly Excellent Except For The Parts That Are Exceptional