Lisa Vanderpump Embroiled in Yet Another Shocking Lawsuit!

Is Lisa Vanderpump mistreating employees at her Hollywood restaurant? The reality tv show star has been hit by yet another lawsuit, and 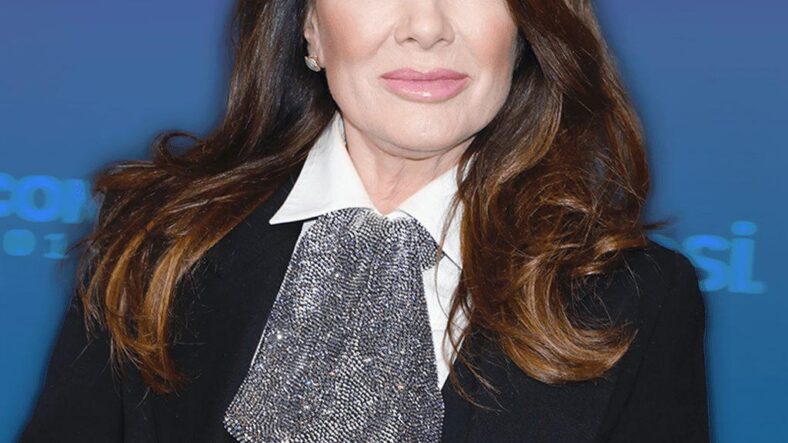 Is Lisa Vanderpump mistreating employees at her Hollywood restaurant? The reality tv show star has been hit by yet another lawsuit, and this one claims wrongs similar one filed against her in January 2020.

Lisa Vanderpump, 59, is a successful restaurateur and recurring star of the reality tv show, The Real Housewives of Beverly Hills. Her time on that show led to a spin-off, Vanderpump Rules, which focuses on her family and their restaurant SUR in Hollywood, California.

Vanderpump’s career has been successful, but full of scandal and legal complaints made against her. The past few years have been exceptionally busy for the star and her husband, Ken Todd. And with increased fame and notoriety has come increased lawsuits.

Lisa Vanderpump Is Straight out of Beverly Hills

The Real Housewives of Beverly Hills is a show full of titans and divas. Most of them were famous in their own rights before the show began, including tv talk show host and successful businesswoman Lisa Rinna and child actress Kyle Richards, sister to Kim Richards. Vanderpump is no stranger to the cutthroat and intense world of reality tv. Unfortunately, it seems as though fame and exposure have led to a perfect storm for the Housewives star.

Vanderpump has been outspoken about, and well known for, her animal activism. The RHOBH star established a charitable foundation, the Vanderpump Dog Foundation, which focuses on dog rescues and spreading awareness about animal rights.

In August of 2017, however, the executive director of Spot Rescue leveled shocking claims at Vanderpump and, more specifically, her husband, Ken Todd. In the lawsuit, the claimant suggests that she and Todd disagreed over the details of a gala sponsored by the Vanderpump Dog Foundation. She alleged that Todd, “threw her against a wall, then yelled, ‘Do you know who I am? I will ruin your life!’”

The claimant, however, went forward with the gala and anticipated being paid her half of the $64,000 that was raised, on behalf of Spot Rescue. Ken, however, refused to pay, and Spot Rescue sued for their part. However, the Attorney General shut down the lawsuit because Spot Rescue was found to be engaging in shady business practices and possible tax evasion. Their business license was revoked.

Not long after this event, Vanderpump and Todd were hit with another lawsuit; this time from a business partner, Yana Syrkin, owner of Fifi and Romeo Boutique, a high-end pet store. The trio had a long history of business together, but that all went sour when, Syrkin alleges, the couple failed to give her proper credit for her work, and stole some of her pet clothing designs. The lawsuit claimed breach of contract and fraud, but was settled out of court.

In 2019, after the tumult of two back-to-back lawsuits and the tragic suicide of her brother Mark, Vanderpump revealed her intention to leave The Real Housewives of Beverly Hills, citing mistreatment by her co-stars as the greatest motivator for her departure.

People reports, “’I had a great time on Housewives,’ said Vanderpump opening up for the first time about leaving the series she helped launch into one of the most popular in the Bravo franchise. ’But to have negativity during a time in my life when I needed to try to be positive … I decided it was over. I’ve been in a position where the whole cast has been against me before,’ says Vanderpump. ‘But this time, our foundation was taking a bashing from the women, and it didn’t deserve it. And suddenly, to start dealing with them all screaming and shouting at me on that first trip [to the Bahamas], I thought, ‘What the hell am I doing?’ And that was really it.’”

From pets to people, the newer lawsuits take a darker turn, claiming mistreatment of workers and violation of California labor laws.

You would think two high-profile lawsuits, neatly dodged, would be enough for anyone’s lifetime. However, in January 2020, Vanderpump’s former SUR employee, Adam Pierce Antoine, filed a class-action lawsuit against the RHOBH star and her husband, on his behalf and the behalf of other former employees.

People reports that Antoine accused the reality star and her spouse of violating California law over more than four years, including refusal to pay due wages to employees, and overtime wages. He also claims that the restaurant owners, “manipulated or edited time records to show lesser hours than actually worked.” Antoine also claims the employees were refused proper meal and rest breaks, which California law requires. His claims requested over $25,000 in unpaid wages and damages.

Unfortunately, the newest lawsuit, filed by former SUR employee Olivia Beverly Hanson on her behalf and the behalf of others, tells a similar story. EOnline reports that, once again, the lawsuit alleges broken labor laws. It claims employees were not fairly compensated for hours worked, not given pay for overtime hours, and that they were denied rest and meal breaks. The former employee worked at SUR from October 2019 to January 2020, in a hostess position. Hanson’s lawsuit (4*) requests a jury trial, and according to EOnline, “damages for all wages earned and owed, including minimum and overtime wages, damages for unpaid premium wages from missed meal and rest periods, and damages for gratuities earned but not received, among related reparations.”

It’s worth noting that Vanderpump and Todd have suggested that these lawsuits are the result of disgruntled employees, and believe their reputation speaks for itself. They have remained mum on the latest lawsuit.  EOnline reports that the next big stop for the couple is Vanderpump Dogs, a show about their foundation and the dogs they rescue, which will be airing on the streaming platform, Peacock.