See What The Cast Of ‘Lizzie McGuire’ Is Doing Now

Get ready to have your minds blown, people, because Hilary Duff is turning 33 years old on Monday, September 28! 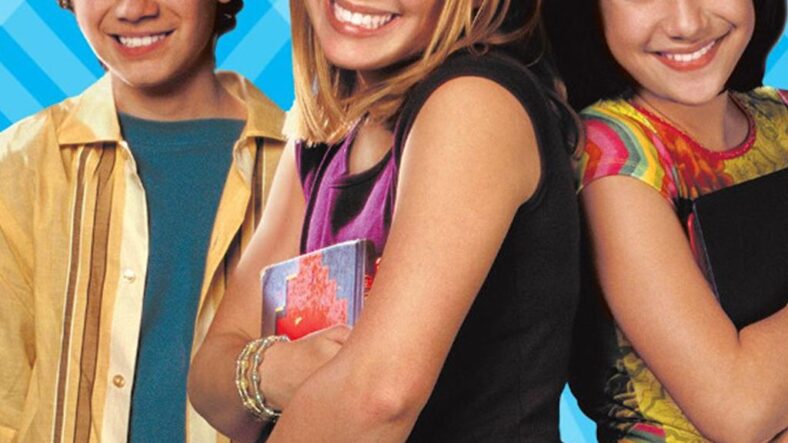 Get ready to have your minds blown, people, because Hilary Duff is turning 33 years old on Monday, September 28! She was only 13 when she first starred in Lizzie McGuire, and the fact that she’s all grown up now is seriously making us feel old! That’s right, the beloved Disney Channel show came out more than 19 years ago, but it seriously feels like just yesterday that we were watching her, Adam Lamberg and Lalaine on our screens — doesn’t it?!

The series aired its first episode on January 12, 2001, and it followed Lizzie and her two best friends as they took on everything that came with being a teen. From boys to mean girls to annoying little brothers, Lizzie had a lot to deal with. It went on for two seasons before it came to an end on February 14, 2004, and when it concluded, it was definitely the end of an era.

But wait, what is the cast up to now — almost two decades after it went off the air? In honor of Duff’s birthday, we decided to check in on them all, and boy, have they changed a lot! Some of them went on to land some pretty major acting roles, while others stepped out of the spotlight and live totally normal lives now! But either way, they’ve all come such a long way. Here’s what they’re all up to these days…

What Is Hilary Duff Doing Now? 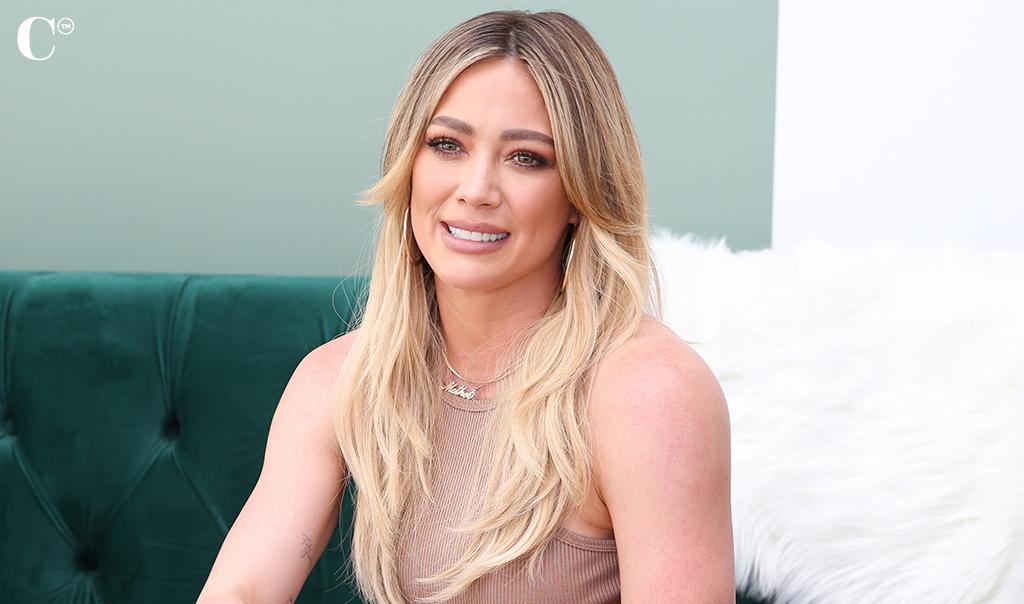 Lizzie McGuire was just the beginning for Duff. She went on to star in so many movies and TV shows, including A Cinderella Story, Raise Your Voice, The Perfect Man, Cheaper by the Dozen and Cheaper by the Dozen 2, Material Girls, War. Inc, Stay Cool, The Chase, Gossip Girl, According to Greta, Younger and more! She also launched a major music career, releasing five albums over the years (which were full of bops) and embarking on numerous world tours. The actress even wrote her own book series, called Elixir, and has a new book called My Little Brave Girl currently in the works. Currently, she’s gearing up to reprise her role as Lizzie McGuire in a reboot of the show, which is still in production.

That’s not all! Duff got married to her boyfriend, Matthew Koma, in December 2019. And get this — she also became a mom! She welcomed a first child, a boy named Luca Cruz Comrie, with her ex-husband, Mike Comrie, in March 2012. Then, in October 2018, she and Koma welcomed a daughter together named Banks Violet Bair.

What Is Lalaine Doing Now? 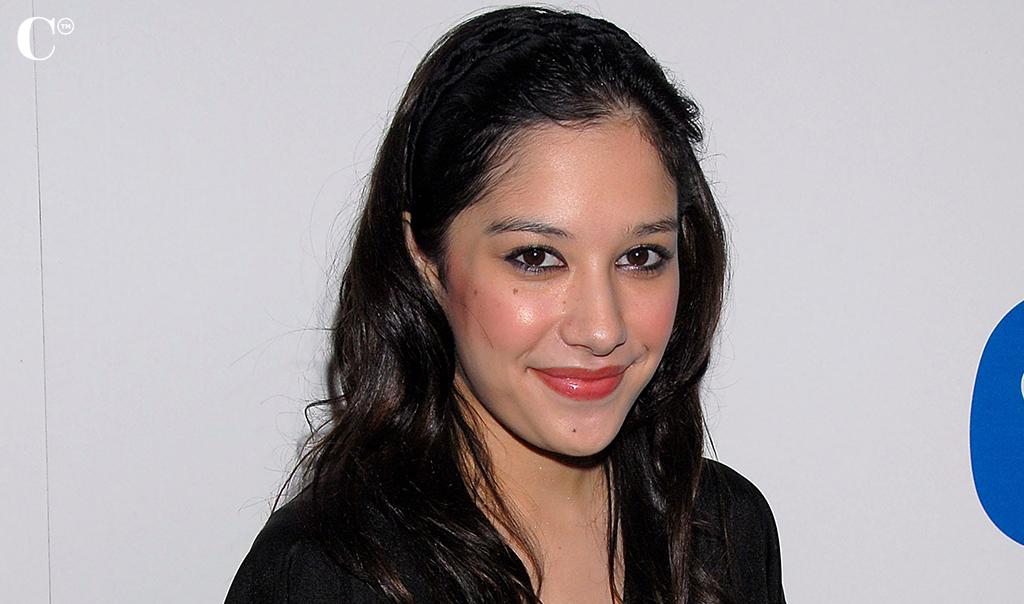 Lalaine continued to act after Lizzie McGuire came to an end. She starred in Promised Land, Debating Robert Lee, Her Best Move, Royal Kill, Easy A, Off the Clock and others. In 2003, she dropped her debut album, Inside Story. She also briefly joined the band Vanity Theft in 2010.

Unfortunately, the star also had a run-in with the law. In July 2007, Lalaine was arrested and charged with felony possession of methamphetamine. She pleaded guilty to the felony possession charge, and completed court mandated drug rehabilitation.

What Is Adam Lamberg Doing Now? 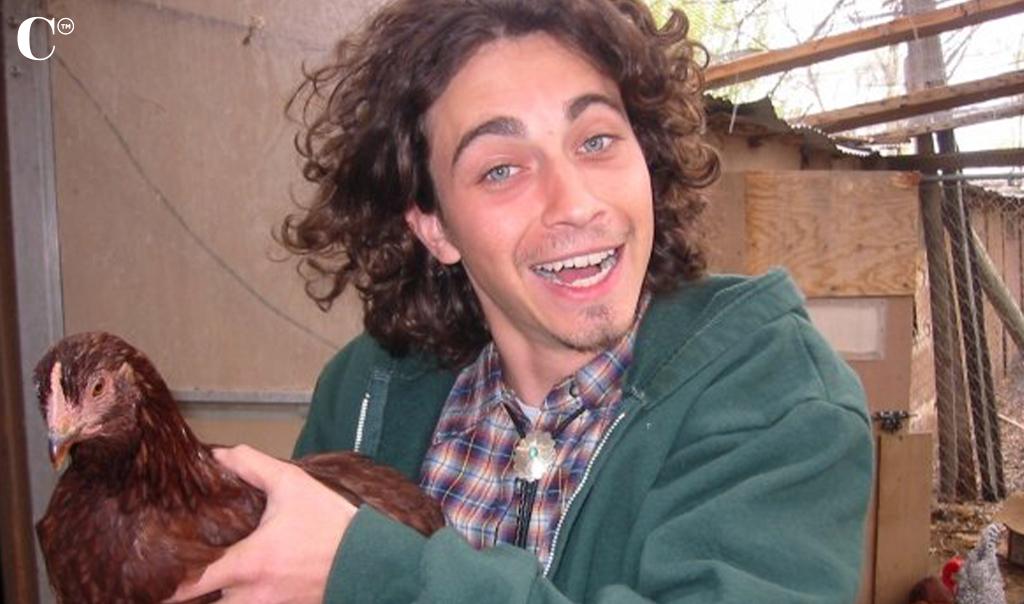 After his time in Lizzie McGuire, Lamberg pretty much fell off the grid. He appeared in When Do We Eat? and Beautiful Loser, but after that came out in 2008, he took a break from acting. He spent his free time working at the Irish Arts Center in New York City. Now, the actor is gearing up to return to the spotlight! He announced back in November 2019 that he was going to return as Gordo for the upcoming Lizzie McGuire reboot, and we can’t wait!

What Is Jake Thomas Doing Now? 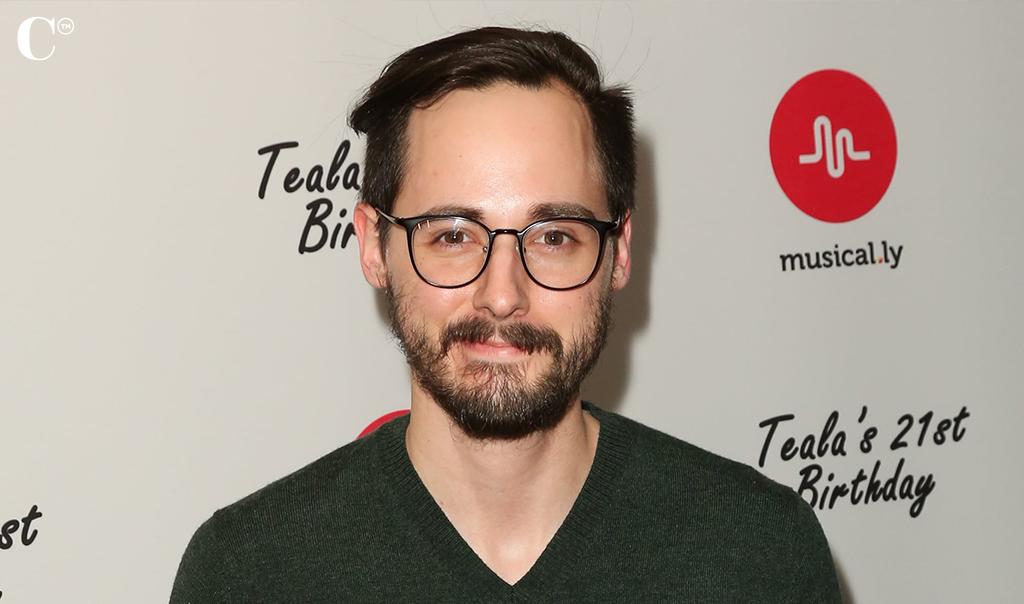 Thomas did not slow down after Lizzie McGuire! He landed so many roles, including The Grim Adventures of Billy & Mandy, Cory in the House, Aces ‘N’ Eights, Locked Away, The Assignment, Storytellers, Taken Away, The Unwilling, What Happened Last Night, Baja and more. Yeah, the list seriously goes on and on! He also did some work as a commercial entertainment photographer. He is also starring in the new Lizzie McGuire show, so get ready, people.

What Is Hallie Todd Doing Now? 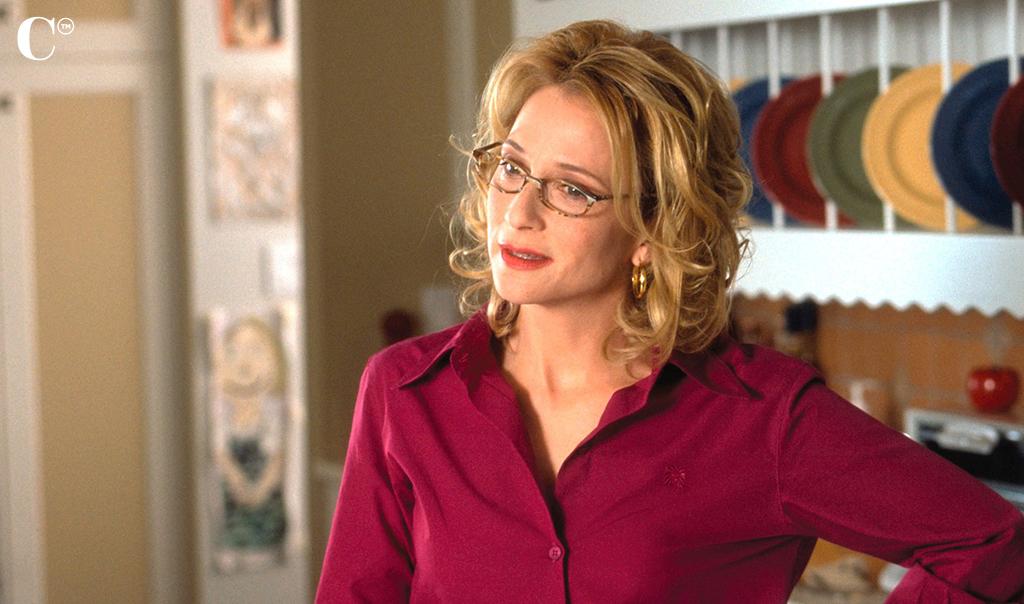 Over the years, Todd has acted in The Mooring, Lea to the Rescue and a few others, but she also co-founded her very own film production company, In House Media! You go, girl. She also teaches acting classes and privately coaches rising stars. Plus, she and her husband, Glenn Withrow, share one daughter together, named Ivy.

What Is Robert Carradine Doing Now? 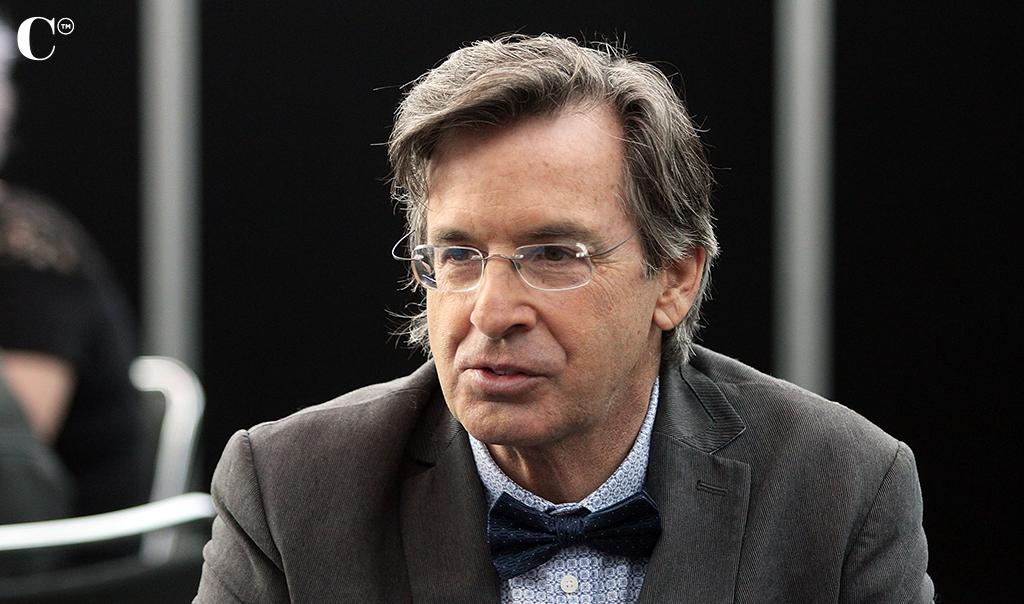 Carradine may always be Sam McGuire in fans’ hearts, but that didn’t stop him from starring in a lot after the show ended! He went on to act in Attack of the Sabertooth, Supercross, Hoboken Hollow, Dreamweaver, 7-10 Split, Tooth and Nail, Sex and Breakfast, The 13th Alley, Deep Winter, The Terror Experiment, Final Sale, Fancypants, Slumber Party Slaughter, Django Unchained, Sharktopus vs. Pteracuda, A Fish Tale, Pandora’s Box, Justice, Nearly Departed, Human Zoo and more! The actor also has four new movies in the works, so keep your eyes peeled for him.  He has two daughters, Ever Carradine and Marika Reed Carradine, and a son, Ian Alexander Carradine, with his ex-wife Edie Mani.

What Is Ashlie Brillault Doing Now? 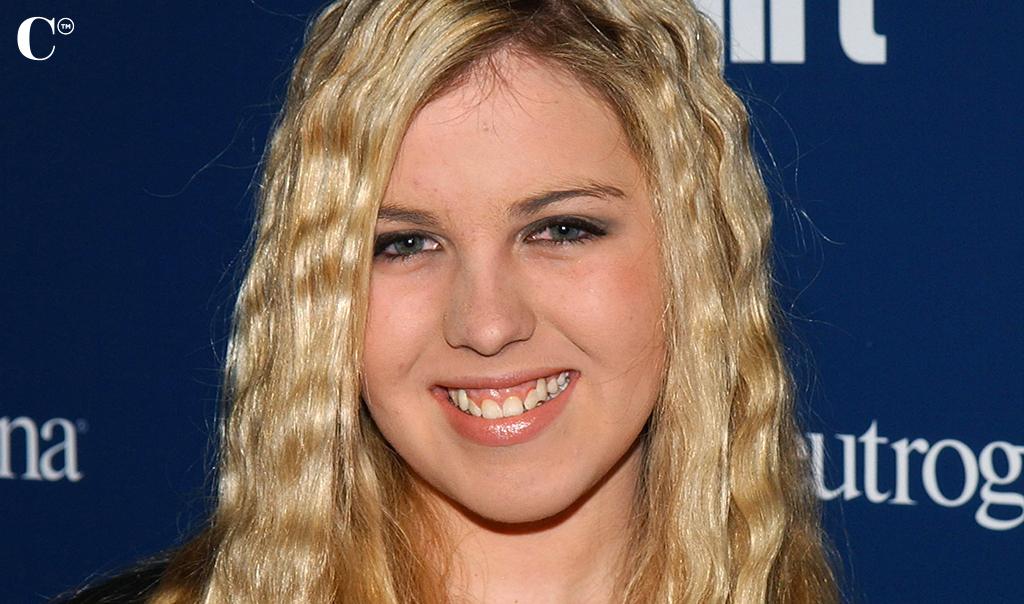 After Lizzie McGuire ended, Brillault stopped acting completely. She hasn’t starred in anything since then and doesn’t even have social media, so it’s unclear what she’s up to now!

What Is Clayton Snyder Doing Now? 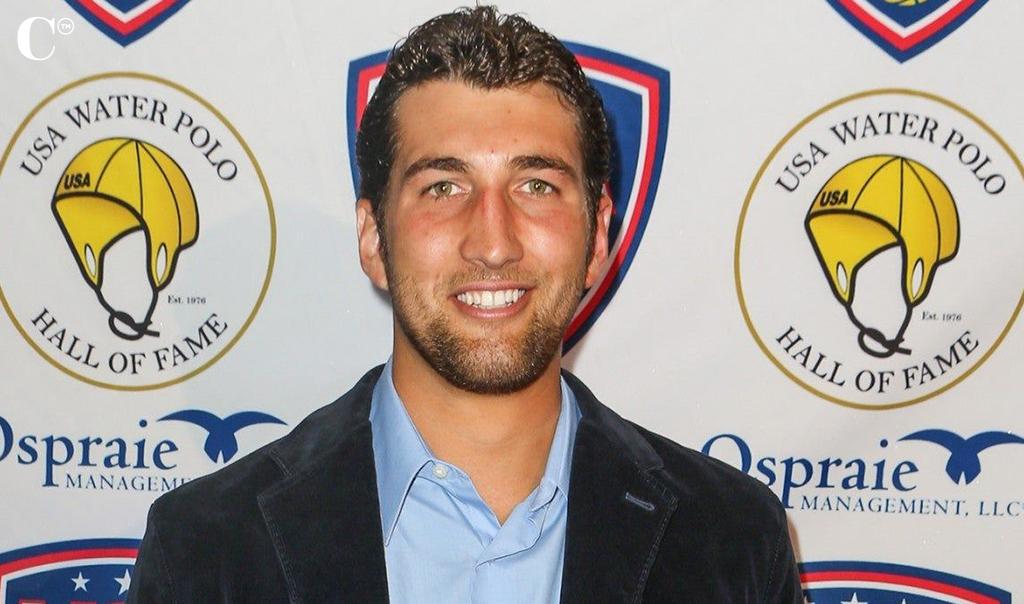 Remember Ethan Craft?! Well, the actor behind the role — Snyder — is still acting! He went on to star in Life Is Not a Musical: The Musical, Edgar Allan Poe’s Murder Mystery Dinner Party, What Happened Last Night, The Reunion, Mondays, Instructions for Living, Her Side of the Bed, Hide in the Light, New Dogs, Old Tricks, Ham on Rye, Alien Warfare and more. He also took some time to focus on his education, and went back to school! He graduated from high school in 2006, and went on to attend Pepperdine University from 2006 to 2009.

Tags: HILARY DUFF WHERE ARE THEY NOW