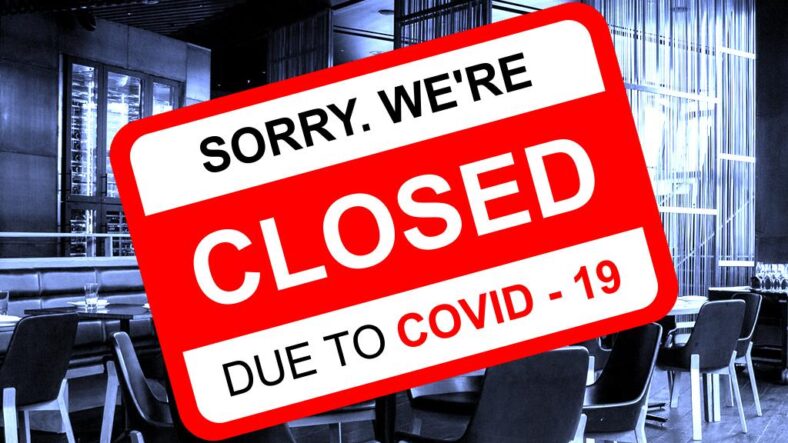 Los Angeles county announced last week plans to entirely shut down dining at restaurants, bars, and clubs. As coronavirus cases surge in Los Angeles, officials scramble to close down any activities that pose a higher risk than others. But restaurant owners in the county barely survived the last shutdowns and had been hoping for the holiday bump in business to stay float. Now they fear they won’t survive the newest round of shutdowns. 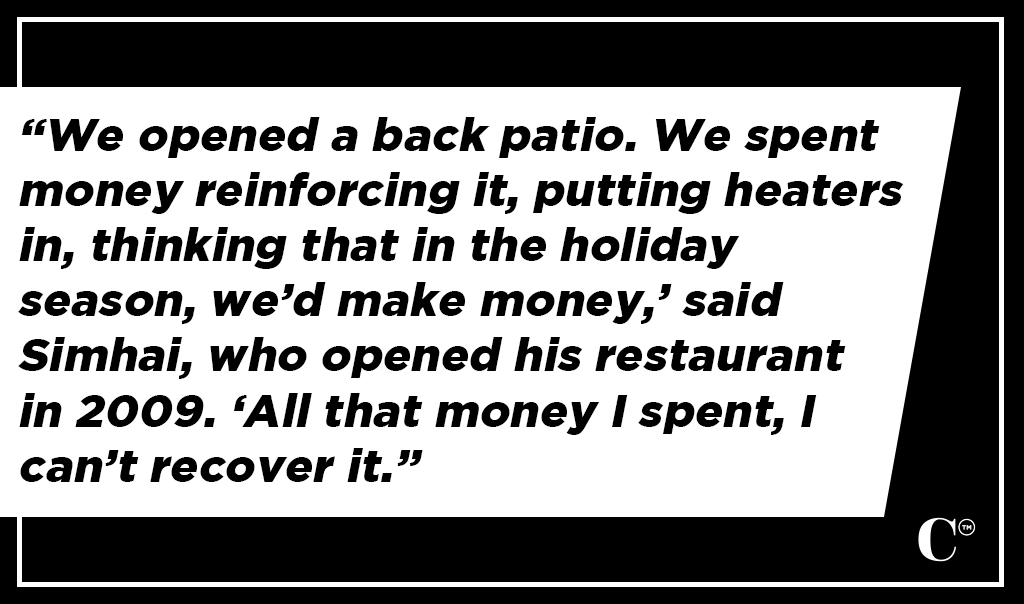 Restaurant owners aren’t simply struggling to recoup losses from earlier on-site dining shutdowns. After bans on eating at restaurants were lifted in late summer, they were allowed to have dining on site, as long as it was outdoors and met a certain number of criteria. Some of the LA county restaurant owners spent tens of thousands of dollars to convert their business model to allow outdoor eating, which saw most of them begin to make a slow recovery.

But the cost to make the switch to outdoor dining was significant for many. Per the Los Angeles Times, “Casa Vega owner Christy Vega Fowler says she spent $30,000 setting up two outdoor dining tents behind her family’s Sherman Oaks Mexican restaurant. Vega Fowler said it costs an additional $10,000 a month to rent the tents. She’s also paying her regular rent.

‘It’s an impossible game that doesn’t make any sense, and it seems like nobody cares about us,’ she said. Vega Fowler said she planned on running all her numbers Monday and drastically reducing the hours of many of her employees.

‘They told us we could operate with outdoor dining, we did it safely, we made the investment, and then they take it away from us,’ she said. ‘It’s devastating.’

‘What do I think of it? It’s horrible. It’s another punch,” Michael Simhai, the owner of Italian restaurant Della Terra in the Fairfax district, said in a brief telephone interview about 10 minutes after learning of the moratorium on outdoor dining.

‘It will be horrible for my staff,’ said Simhai, noting that his takeout business would not offset the loss from patrons dining at his restaurant’s patios. ‘All the busboys, food runners, servers — they are not needed…. They work paycheck to paycheck. What are we going to do?’

Simhai echoed frustrations that he had spent so much money on preparations for outdoor dining, only to have his restaurant sit idle.

‘We opened a back patio. We spent money reinforcing it, putting heaters in, thinking that in the holiday season, we’d make money,’ said Simhai, who opened his restaurant in 2009. ‘All that money I spent, I can’t recover it.’”

Foodies and Restaurants Are Lockstep in Their Heartache

On Instagram, restaurants are announcing their temporary closure, and fans aren’t holding back in sharing their heartache for their favorites. Craig Susser is the owner of Craig’s L.A., a high-end restaurant in West Hollywood that offers comfort food for discerning foodies. Craig’s has been around for nearly a decade.

On Instagram, Craig’s shared, “…We will be returning to food Togo and delivery on Friday in accordance to new LA County mandate. We appreciate your support! Dinner service tonight, Tuesday and Wednesday until 10pm! Big thanks to our amazing crew and clients! We will persevere!”

One Instagram user replied, “And you just built the front patio!!!!!!!!!!” Craig’s L.A.’s heartache is evident as they replied to the fan, “we did everything the county asked us to do at great expense to protect our employees and clients and now at the holidays they close!”

Another Round of Devastating Layoffs

Most of the restaurants predict that the shutdowns will last longer than 3 weeks. In Washington, stimulus packages that could aide drowning small businesses and people laid off from work has stalled in the Senate. Majority Leader Mitch McConnell has refused to compromise with Democrats on their proposed and House-approved $2 trillion opening sally. The transition team of President-elect Joe Biden has met with Senate Democrats and urged them to dial back their requested amount in favor of expediency. They have predicted a double-dip recession if an economic stimulus package isn’t passed soon. Outgoing President Donald Trump, meanwhile, has been focusing on golf and election results, taking no active role in the stimulus talks and leaving drowning small business owners who chose him for tax favorability wondering: has he stopped caring about us?

Restaurant owners in LA county feel this truth as keenly as any. Many already had to lay off large numbers of workers earlier this year, and they’re facing the likelihood of doing so again. The hospitality industry, travel businesses included, has suffered significantly since the start of the coronavirus epidemic. 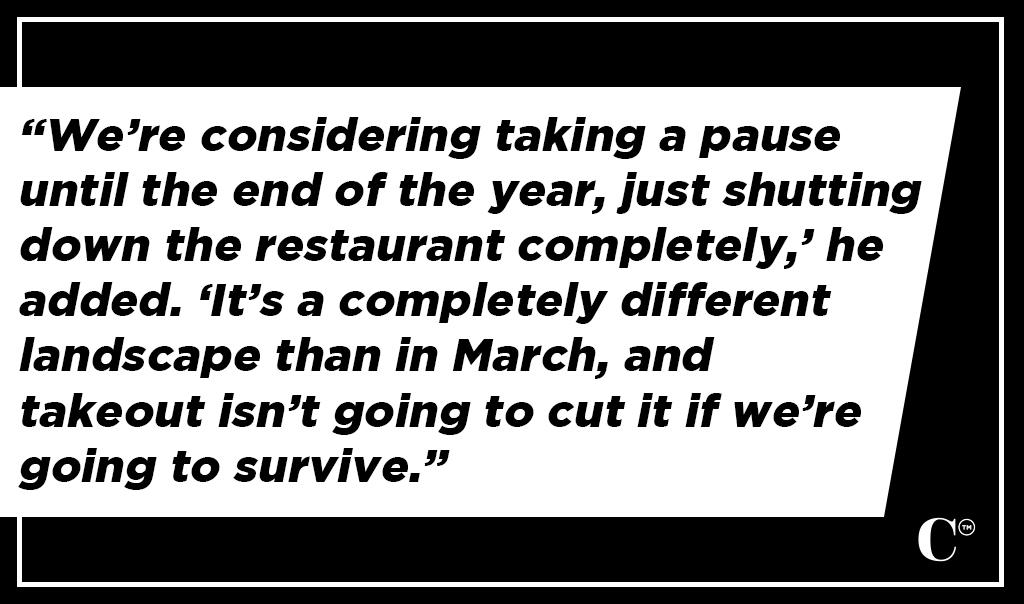 Restaurant owners in LA county are facing this new setback with fear. They know how close they came to bottoming out before. With little hope of recovering on the back of the holiday business bump, the future is frightening for many.

Per the LA Times, Doug Rankin, chef at Bar Restaurant in Silver Lake, they’ve already had to lay off their entire service staff. But dialing back overhead and switching to take-out may not be enough to keep them alive this time. “‘We’re considering taking a pause until the end of the year, just shutting down the restaurant completely,’ he added. ‘It’s a completely different landscape than in March, and takeout isn’t going to cut it if we’re going to survive.

‘It’s frustrating because we’ve done everything that has been asked of us, healthwise. We’ve been on top of it. And now they want to point the finger at restaurants. Where is the data?’ he said.

‘So many people are losing their jobs right before the holidays,’ he said. ‘I have two kids at home and I’m trying to support my family. I’m terrified.’”

In a desperate attempt to stave off what’s sure to be a massive blow to their businesses, California’s leading restaurant group has made a last minute plea with the court system to block the ban on outdoor dining. The ban is set to go into effect Wednesday night. The California Restaurant Association filed a lawsuit fighting the ban, and asked a judge to approve an emergency stay to halt the new rules from taking effect.

However, an LA County Superior Court judge declined to issue the stay. As such, the ban will proceed as ordered and the restaurants will be forced to return to to-go pickup and delivery orders online from Thursday onward for three weeks, unless their lawsuit succeeds in the meantime.