Fans are in a frenzy after Louis Tomlinson‘s ex and baby mama, Briana Jungwirth, shared a sonogram pic of their

Fans are in a frenzy after Louis Tomlinson‘s ex and baby mama, Briana Jungwirth, shared a sonogram pic of their son, Freddie Reign, in honor of his fifth birthday on January 21, 2021. Yep, the Instagram star posted a never-before-seen snap of the toddler from when he was in her stomach, and many people are convinced that it’s proof the baby isn’t actually Tomlinson’s.

First Off, Who Is Briana Jungwirth? 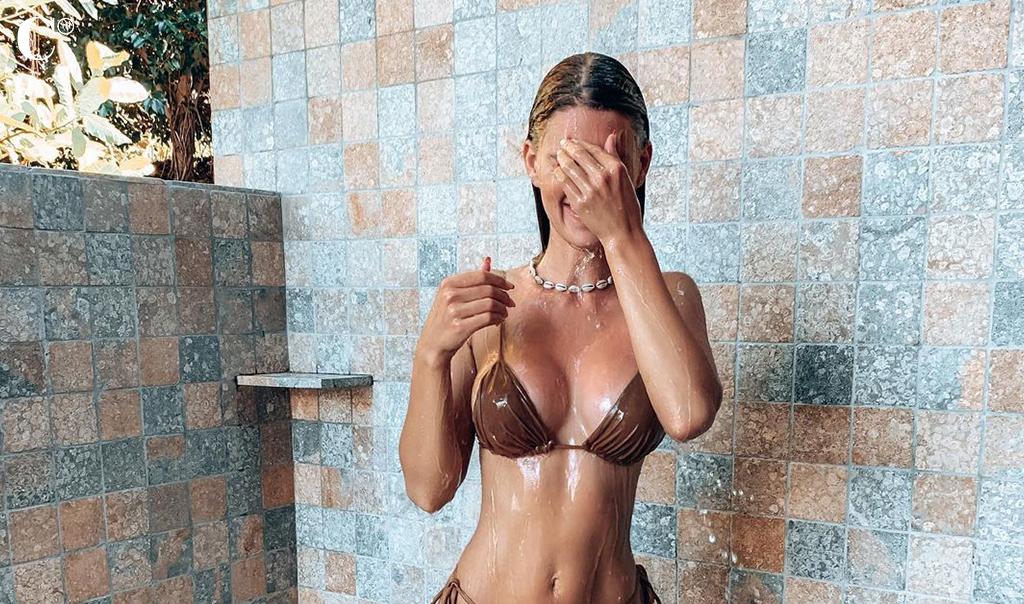 Before we get into the shady new picture, let’s go over the basics. For those who don’t know, Jungwirth is a hairstylist from Calabasas, CA, who gained attention online after she entered into a relationship with Tomlinson in May 2015. Then, a few months later, the entire internet was left seriously shook when news hit the web that she was expecting the One Direction singer’s baby. Their son, Freddie, was born on January 21, 2016.

And What Is Babygate? 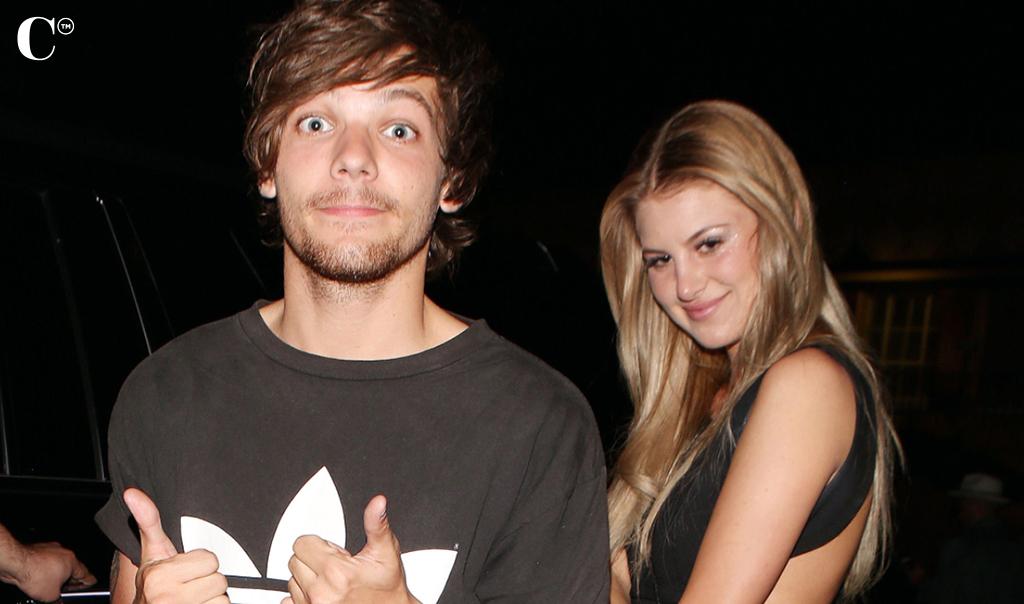 Many of Tomlinson’s fans think that Jungwirth faked the entire pregnancy in an attempt to help cover up the fact that Tomlinson is gay and in a secret relationship with Harry Styles — a situation that the fandom refers to as “babygate.” Other people have suggested that Freddie isn’t Tomlinson’s son at all, and that the Instagram star got pregnant from someone else and tricked Tomlinson into believing he was the dad in an attempt to extort him for money and fame. Fans have even theorized that Jungwirth photoshopped photos to make the toddler look more like the “Walls” crooner.

To make things even more suspicious, TMZ reported back in 2016 that the 28-year-old didn’t get a paternity test to prove he was Freddie’s real dad.

“Tomlinson always copped to the kid being his ever since finding out Briana was pregnant. They started dating about a year ago and we’re told things were so serious initially, he had zero doubt Briana was faithful,” they reported at the time. “While any lawyer would tell Tomlinson to seal the deal with a paternity test … we’re told he’s totally cool with passing.”

So What Happened With The Sonogram Picture? 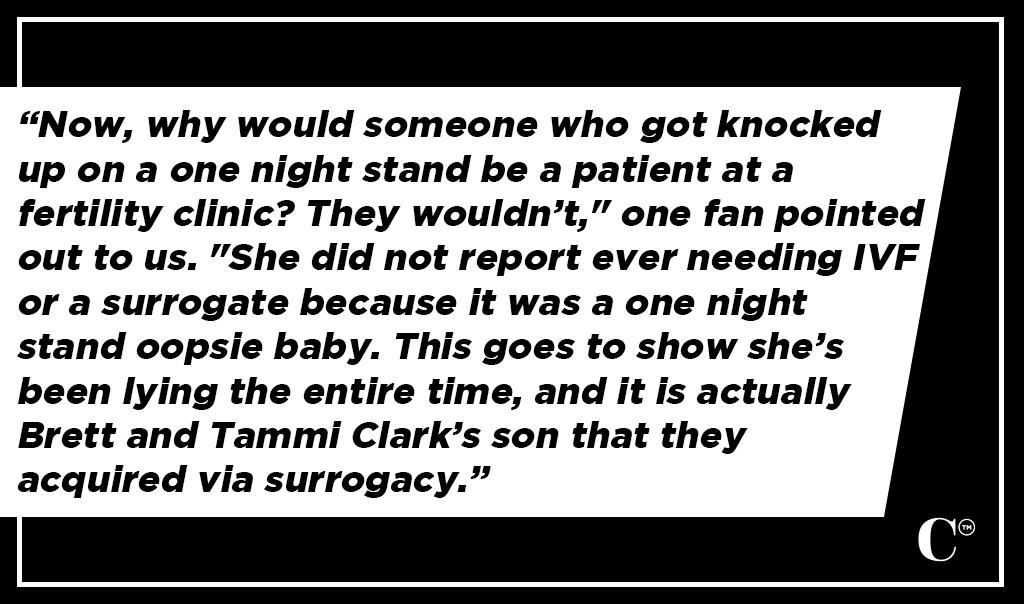 Little Freddie turned 5 years old earlier this week, and Jungwirth celebrated by posting a tribute to him on her Instagram account — which included one of his sonogram pictures.

“I spent the morning reminiscing Freddie’s baby photos in tears. I can’t believe he is 5 today. Time has flown by. Goes to show how important it is to cherish each day,” she captioned it. “Happy Birthday to my baby, the best thing that’s ever happened to me.”

The sonogram, which was dated August 3, 2015, listed “HRC Encino” as the location for where it was taken. But when fans started to do some research, they discovered something a little interesting about it. Get this, you guys — HRC Encino is actually a fertility clinic, leading many people wonder — why did Jungwirth get her sonogram done there?

“HRC Fertility has always been on the cutting edge of fertility treatments. The California fertility clinic established the first IVF ICSI (intracytoplasmic sperm injection) pregnancy on the West coast,” its website reads. “Known for being a pioneer in infertility research, HRC Fertility offers many services at the Encino fertility clinic, including fertility tests such as the Clomid Challenge Test to measure ovarian reserve, hysteroscopy, and laparoscopy. Fertility treatments include the most advanced techniques in intrauterine insemination (IUI) and in vitro fertilization (IVF) with the ability to have preimplantation genetic diagnosis (PGD) for genetic disease screening or gender selection. In addition, the fertility clinic in Encino offers egg freezing (fertility preservation) as well as options for third-party reproduction, including egg donation, sperm donation, embryo donation, and surrogacy.”

One popular theory among fans is that the baby actually belongs to Jungwirth’s mom, Tammi Clark, and her step-dad, Brett Clark, and that she was a surrogate for them. And naturally, the sonogram pic fueled the rumors even more.

“Now, why would someone who got knocked up on a one night stand be a patient at a fertility clinic? They wouldn’t,” one fan pointed out to us. “She did not report ever needing IVF or a surrogate because it was a one night stand oopsie baby. This goes to show she’s been lying the entire time, and it is actually Brett and Tammi Clark’s son that they acquired via surrogacy.”

What Other Proof Do Fans Have? 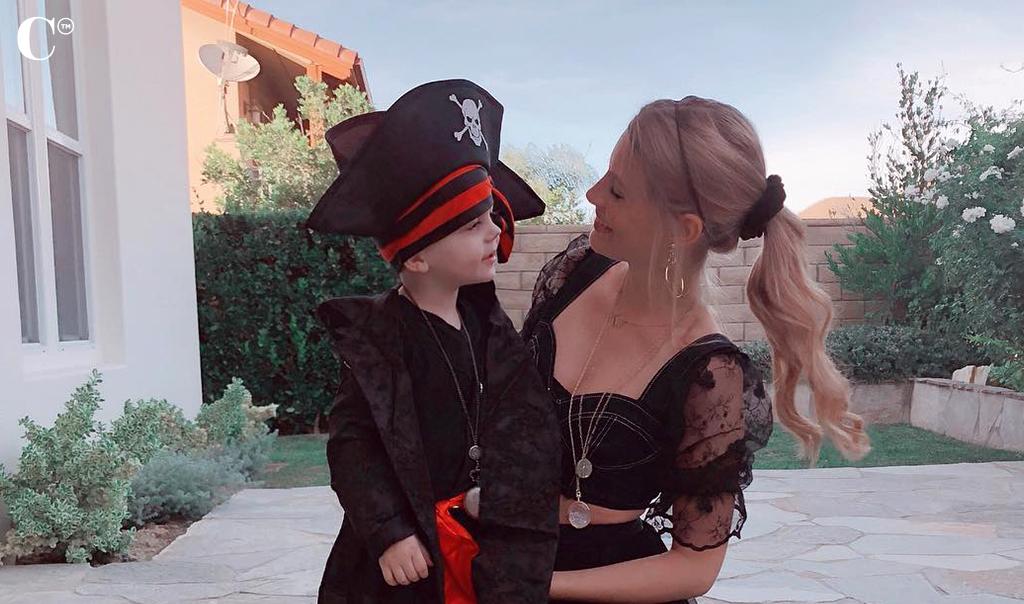 Previously, Jungwirth’s cousin, Ashley Jessica, also left fans confused when she called Freddie her nephew in a TikTok video. In the clip, she showed cereal spilled all over her room and said, “Moral of the story — this is my nephew and I love him to death, but I am not ready for kids,” before turning the camera to show little Freddie.

OK, so wait… If Freddie was Ashley’s nephew like she said, that would make her Jungwirth’s sister. But we all know that she is Jungwirth’s cousin — not her sibling — which actually makes her Freddie’s first cousin once removed. So why did she call the toddler her nephew and not her cousin?! Well, some fans are convinced it’s because Freddie isn’t really Briana’s kid at all, and they think it’s more babygate proof.

In an exclusive statement from the family at the time, they told us “Yes, [Freddie is her] cousin not nephew,” but did not go into any detail as to why Ashley called him that instead.

There’s Some Other Shady Things In Briana Jungwirth’s Past 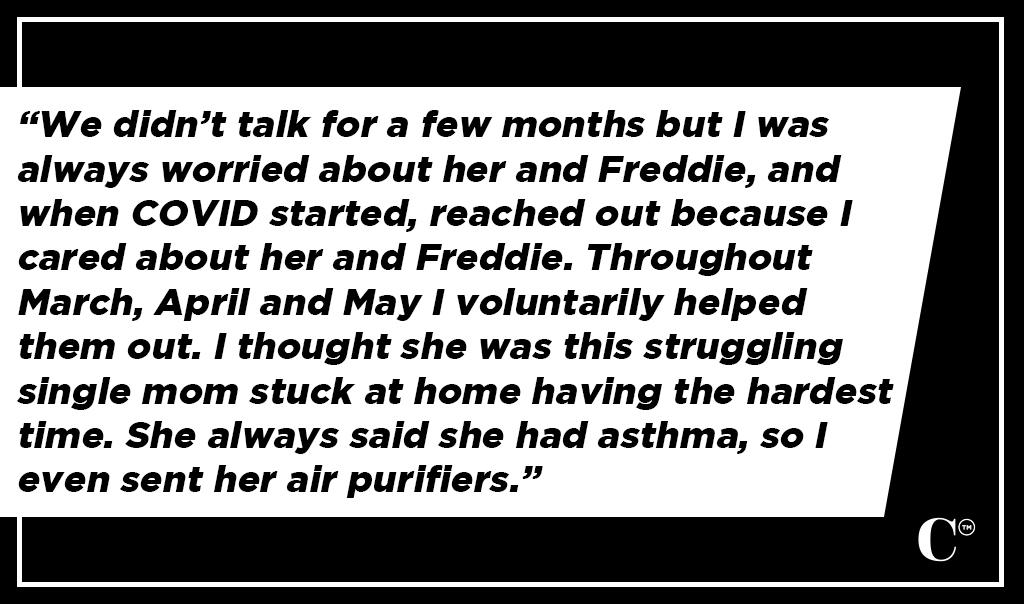 Just a few months ago, CelebMagazine broke the news that Jungwirth was being sued by her ex-boyfriend Michael Straus, after she allegedly cheated him out of $5,000. Back in October 2020, Straus explained that he loaned Jungwirth the money to pay for her boob job. But two weeks later, she broke up with him, kept the cash and went through with the surgery. And now, he wants it back.

For those who don’t know, Straus and Jungwirth got close in December 2018 after they met at the Coachella musical festival. They kept things casual until March 2019, when they officially started dating. They were together for seven months before splitting in October of the same year, but when the coronavirus pandemic hit, they got back in touch.

“We didn’t talk for a few months but I was always worried about her and Freddie, and when COVID started, reached out because I cared about her and Freddie,” he explained. “Throughout March, April and May I voluntarily helped them out. I thought she was this struggling single mom stuck at home having the hardest time. She always said she had asthma, so I even sent her air purifiers. Boy, am I an idiot.”

He told us that he sent Jungwirth “groceries and supplies,” and he even bought Tomlinson’s son a new iPad. But when he realized she was using him, he cut her off.

“I finally realized I was getting used and cut it off. I haven’t spoken to Briana since June. I sent her an email demanding the money the day before I filed the lawsuit because it is required by the courts,” he continued.

And when Straus saw her showing off her new breasts online, he was not happy about it.

“Here I am sheltering at home, recovering from a surgery for a broken foot and she’s running all over the city modeling her new tits,” he said. “So much for the struggling mom. That was it, we had a big falling out. The whole thing was really upsetting because I did adore her. And I’ll never forget the time I told her that I wanted to be the man to Freddie I wish I had in my life growing up. I can confidently say I lived up to that. So it was not easy for me just to walk away from them.”

Straus told us that he is sure she has done this before, leading us to wonder — did she use the same tricks with Tomlinson? He also claimed that she wanted fame and attention online — and would do anything to get it.

Straus explained, “I’m the first to admit I’m an idiot and got suckered. Being raised by a single mom myself, I know how hard it was on her son, so I did back flips to make him and her as well happy. Worst mistake of my life. All I want is her to pay me back. She borrowed the money under false pretenses. I thought I was still helping out this struggling single mom and she would pay me back once she was able to save up. Now I come to learn I was actually writing a check every month for her to run around the city, hooking up with anyone she thought might make her relevant in some way and doing anything to get the paparazzi and TMZ to pay attention to her.”

“The first thing Briana said to me when I met her … was, ‘I have a son with someone in a boy band.’ I of course responded with, ‘You and Joey Fatone [from ‘NSYNC] have a kid?’ Probably would’ve been another excellent time to turn and run!” he also told us. “Briana waits for the direct deposit from Louis on the first of every month, like it’s her own personal income and then she immediately runs out and spends it all on hair extensions, nails, fillers. She usually burned through it all by mid month.”

Hopefully, we get some answers soon.