A Complete Timeline of Louis Tomlinson and Eleanor Calder’s Relationship

It’s safe to say that Louis Tomlinson and his girlfriend, Eleanor Calder, are total relationship goals. They’ve been together since 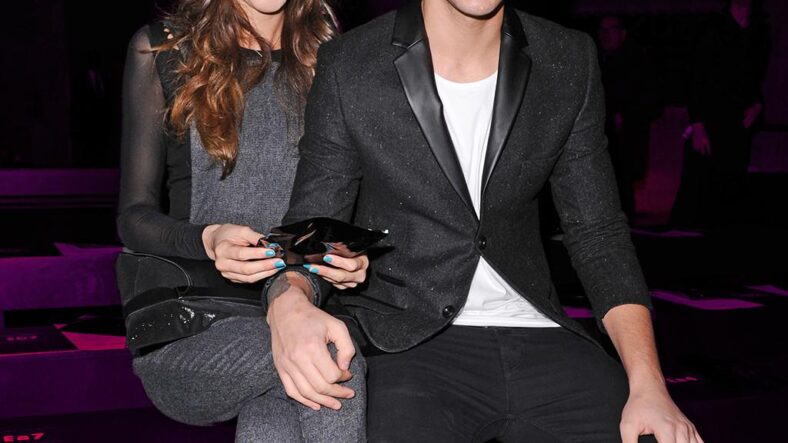 It’s safe to say that Louis Tomlinson and his girlfriend, Eleanor Calder, are total relationship goals.

They’ve been together since 2011, and over the last nine years, they have become one of the most beloved couples in Hollywood. Not only are they constantly sharing the sweetest, PDA-filled pictures together online, but the One Direction member has also gushed over the Instagram model numerous times in interviews, and every time he does, fans are living for it!

But over the years, they’ve unfortunately had a few bumps along the way. Yeah, the two stars actually split in 2015, and there were even rumors at the time that the “Walls” artist cheated on Calder.

Wondering what exactly went down? Not to worry, people, because we went ahead and broke down their entire relationship from start to finish for you! From where it all started to their breakup and makeup, here’s a complete recap of their adorable love story…

When Did Tomlinson And Calder First Meet?

The first time Tomlinson and Calder were ever spotted together was at Niall Horan‘s birthday party in September 2011. It’s still unclear how they first met, but it’s been rumored that Harry Styles was actually the one to introduce them.

Then, on September 30, 2011, they were photographed together once again. This time, they were spotted going for a walk on Primrose Hill in London, England. And one month later, they headed to the singer’s hometown of Doncaster, England, to spend some time with his family. They were caught hanging out a few more times after that, but it’s said that their relationship officially started on November 17, 2011.

After that, the pair was practically inseparable. They went on numerous vacations together (including Disney Land in Paris, France, and the French Alps for some skiing!), and packed on the PDA all over the world. In April 2012, Calder even said that she “loved him” on Twitter. 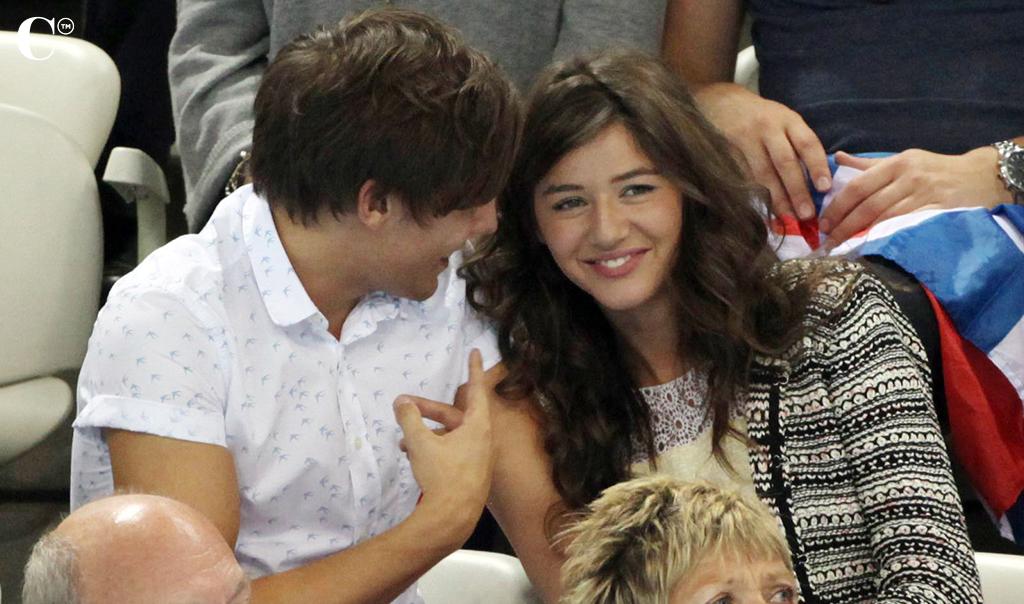 Get this – the 28-year-old even went to surprise the brunette beauty before her one of her tests at college in 2012! She was also spotted by fans supporting the pop star at a lot of his concerts, by his side at his mother’s wedding and so much more — and they seriously seemed as happy as could be together.

They were together for four years before news hit the web that they had split in March 2015. At the time, People Magazine reported that they went their separate ways because of Tomlinson’s busy schedule.

“Louis is really upset about it all,” a source told them. “They tried really hard to make it work but it was just impossible – he’s away for nine months a year and they just grew apart.” 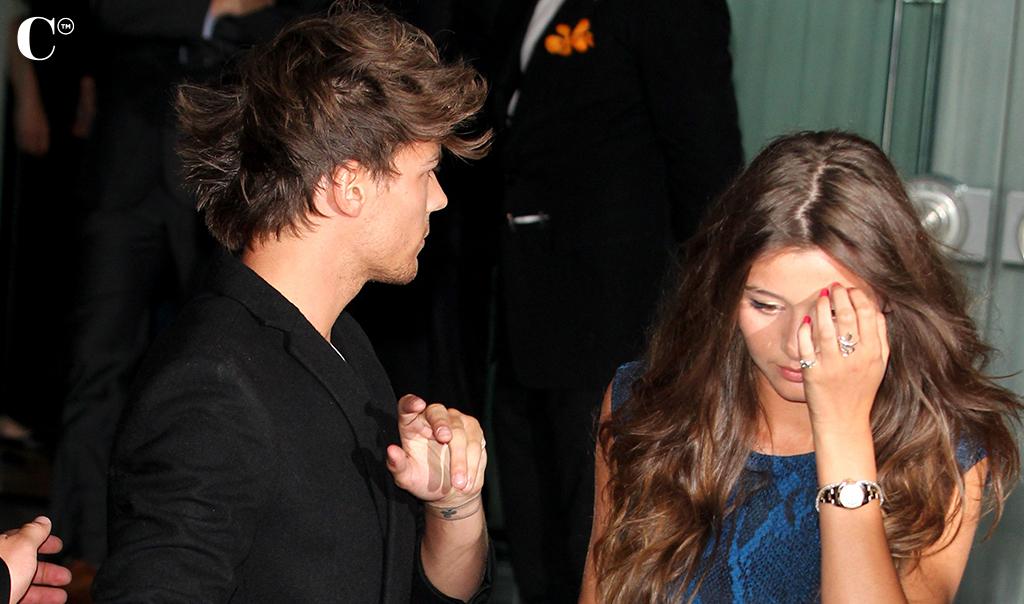 But when photos emerged of the pop star kissing another girl only a few days later, some people started to wonder if he had cheated on Calder. They never addressed these rumors, so it’s still unclear what really caused them to go their separate ways.

Tomlinson And Calder Reconciled In 2017

After that, Tomlinson moved on with actress Danielle Campbell, and everyone thought that he and Calder were done for good. But things didn’t end there! The 1D heartthrob split from Campbell in late 2016, and when he and his ex re-followed each other on social media a few months later, the internet quickly went into a frenzy.

Then, in March 2017, they were photographed spending time together once again. Paparazzi caught them arriving together on a flight at LAX Airport, and everyone was pretty excited about it. 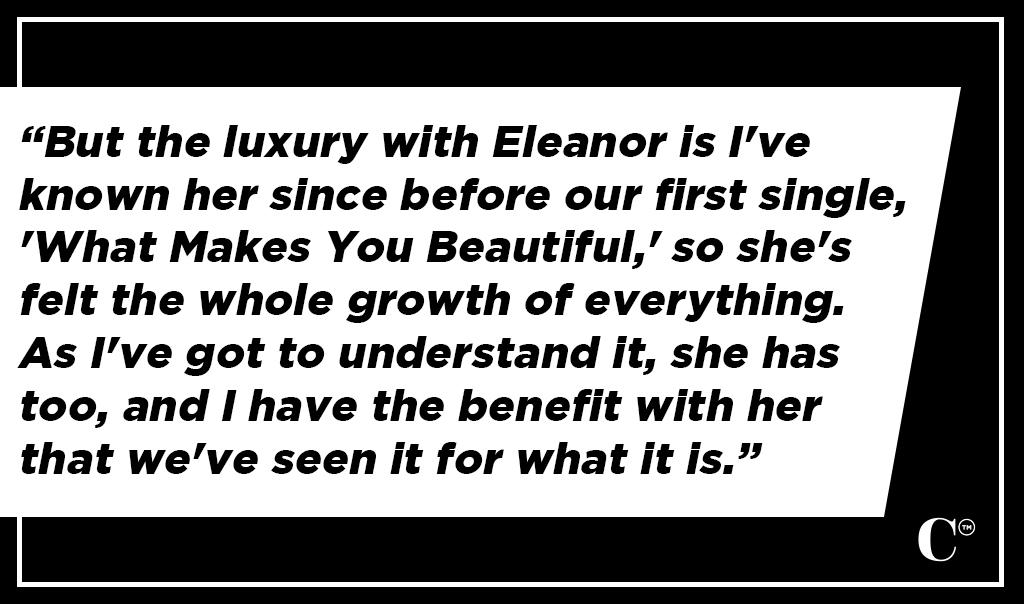 Tomlinson later revealed that he and Calder got in contact again after he learned that his mom, Johannah Deakin, had cancer, and they even went to see her together while she was sick in the hospital. Unfortunately, she passed away in December 2016, after a six-month battle with the disease.

Now, The Couple Is Stronger Than Ever

Ever since the reconciled in 2017, they have been side by side, and they even got matching tattoos of each other’s initials on their hands! How cute is that?! In January 2020, rumors hit the web that they were engaged, but the singer quickly shut these down. 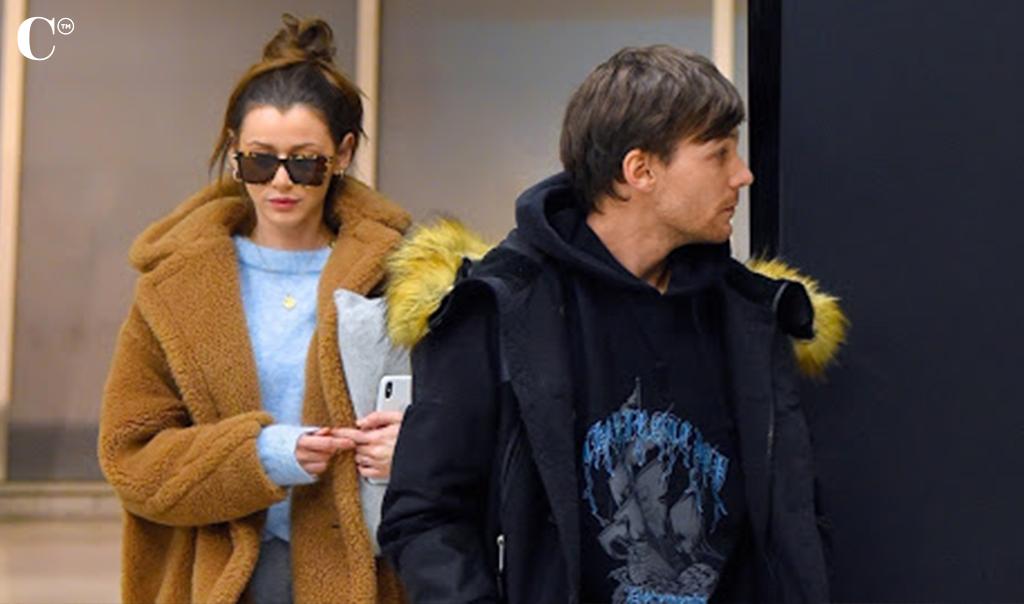 “It isn’t true,” he told The Sun. “But the luxury with Eleanor is I’ve known her since before our first single, ‘What Makes You Beautiful,’ so she’s felt the whole growth of everything. As I’ve got to understand it, she has too, and I have the benefit with her that we’ve seen it for what it is.”

He also revealed that although they weren’t getting married just yet, he does have plans to walk down the aisle with her one day.

We can’t wait to see what the future holds for them!

Who Is Jacob Elordi Dating? A Complete Guide to ‘The Kissing Booth’ Star’s Relationship