Love is in the air for Briana Jungwirth! Yep, Louis Tomlinson‘s ex-girlfriend and baby mama is reportedly engaged to her 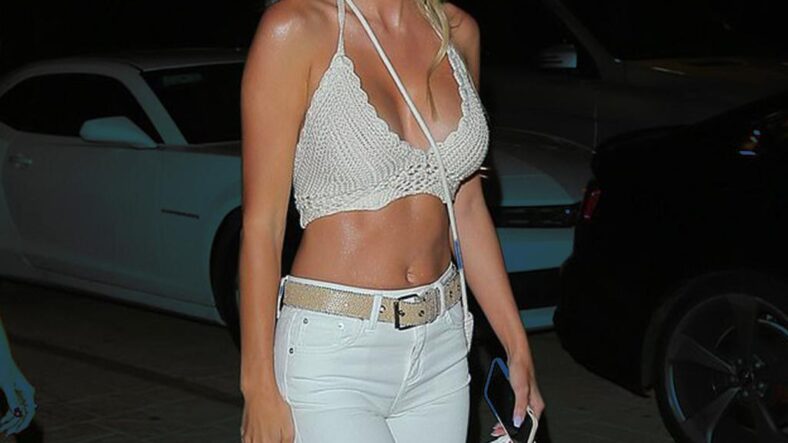 Love is in the air for Briana Jungwirth! Yep, Louis Tomlinson‘s ex-girlfriend and baby mama is reportedly engaged to her boyfriend, Nick Gordon, after only one month of dating, and fans are pretty shook over the news.

According to TMZ, Gordon popped the question during a recent romantic trip to Las Vegas. Get this — sources told them that after he got down on one knee, the couple even went ring shopping together. And although she didn’t speak out about the engagement directly, Jungwirth took to Instagram to gush over her beau on September 22, 2020.

“10 years of knowing you and I knew all along you were my soulmate. I love you!” she wrote, alongside a snap of them together in Las Vegas.

Her mom, Tammi Clark, commented, “I’m so happy for you both, love you.”

But wait, what do we know so far about her relationship and new fiancé? Who else has she dated? And what exactly went down between her and the One Direction member? Here’s what you need to know…

Here’s What We Know About Jungwirth’s New Fiancé

The outlet reported that Gordon “recently came back into her life after being apart for years.” They also claimed that the pair was on-and-off for a long time.

It turns out, Gordon is pretty private, so it’s unclear what his job is, but he recently created an Instagram account, which you can follow here. So far, he’s posted a few pics, including some with Jungwirth.

“Never lost when I’m with you,” he captioned one that showed them holding hands.

She Previously Made Headlines For Dating Brody Jenner 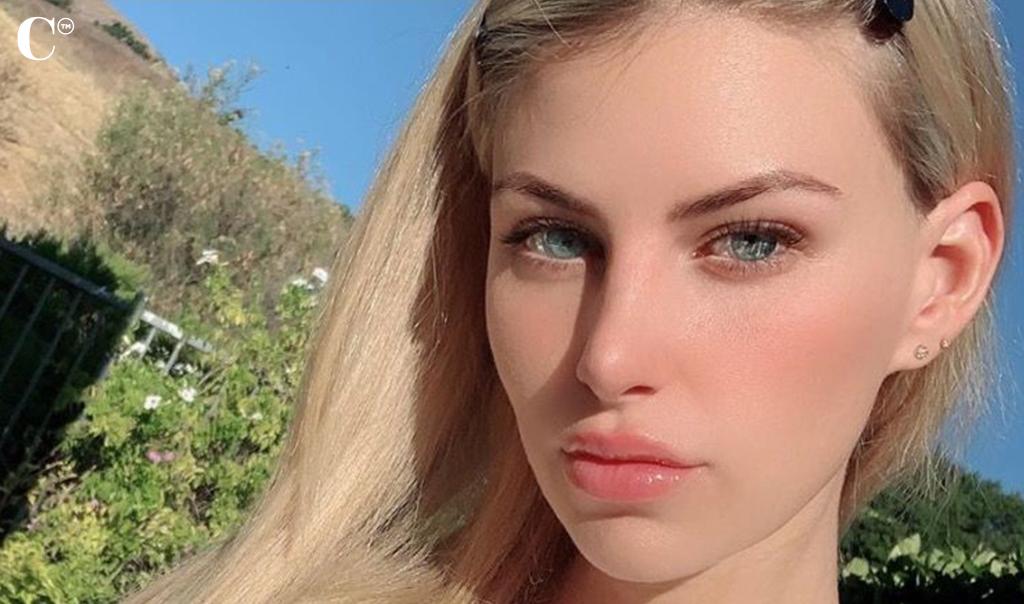 The hairstylist was previously linked to reality star Brody Jenner. They were photographed hanging out earlier this summer, and the relationship caused a lot of stir online. Get this — she was even spotted getting dinner with him and his ex-girlfriend, Kaitlynn Carter.

So what went wrong? Well, according to TMZ, things fizzled out after Jenner felt they were moving to fast. A source told them, “He wasn’t ready for all that, so they called it quits.”

Here’s A Recap Of Her Relationship With Tomlinson

Her most famous relationship was with Tomlinson, of course. They were photographed spending time together in May 2015, a few months after he had split from his longtime girlfriend, Eleanor Calder. Then, a few months later, news hit the web that she was expecting the “Walls” crooner’s first baby, and everyone quickly went wild over the news.

They Welcomed A Baby Boy Together 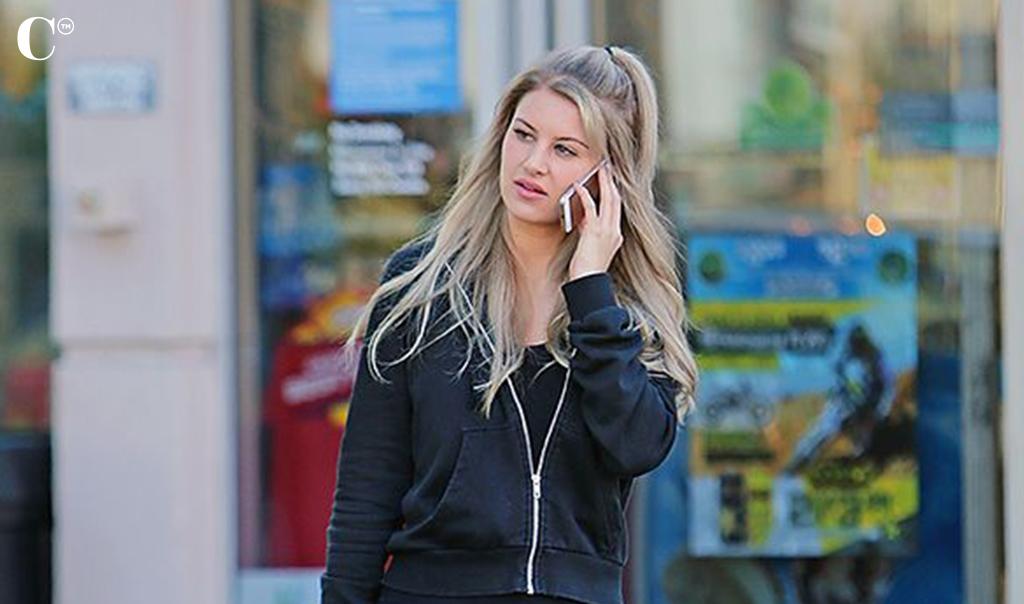 Their son, Freddie Reign Tomlinson, was born on January 21, 2016. At the time, the singer gushed on Twitter, “I’m pleased to say my baby son was born yesterday. He is healthy and pretty amazing. I’m very happy!”

In October 2019, the 28-year-old opened up about being a dad in an interview, and he admitted that since Freddie lives with Jungwirth in Los Angeles, he doesn’t get to see him as much as he wants.

“I try and spend as much time in England as I do LA and vice versa… to be there to see and go out with Freddie and all of that,” he explained. “Then I have my family in the UK, who I make sure I see plenty of. It’s a bit of a juggle at times but it’s all part of life.”

Tomlinson also opened up to The Sun about how becoming a father made him grown up.

“It was unexpected and I had to grow up very quickly. It was another one of them moments – being faced with the reality of a situation and having to step up. It was a very maturing time in my life,” he said. “And, again, I’ve kind of got between two headspaces. I’m the responsible dad and brother some days and other days I’m still the reckless idiot chav I used to be. I’m still trying to work out a happy medium.”

There Were Some Custody Battles After His Birth

In the months after Freddie’s birth, reports started to surface that claimed things had turned ugly between Tomlinson and Jungwirth. In June 2016, People Magazine reported that the pop star filed for 50/50 joint physical and legal custody after his visits “became increasingly erratic.” A source explained to the outlet that when Tomlinson started dating Danielle Campbell, Jungwirth was not happy about it.

“Before Briana got pregnant, she was bragging to friends about how serious she was with Louis,” the insider explained. “She thought it was going to be a real relationship. When Louis started dating Danielle, Briana was upset and that’s when the drama started. When she was pregnant he was very supportive and paying for all her medical needs. He bought her a house, but she wanted something bigger. Briana really tried to make the relationship work, and she became jealous when he moved on.”

Get this — after Tomlinson and Campbell were photographed on the beach together playing with little Freddie, Jungwirth completely shaded them online. She wrote on Twitter in a now-deleted message, “You can pretend all you want but you will NEVER be my baby son’s mother.”

Where Do They Stand Now?

As of January 2017, it seemed like things were all good between the parents. How do we know? Well, in honor of the toddler’s first birthday, Jungwirth shared a sweet video of her and Tomlinson celebrating together. Plus, when he and Campbell split, it helped mend things. 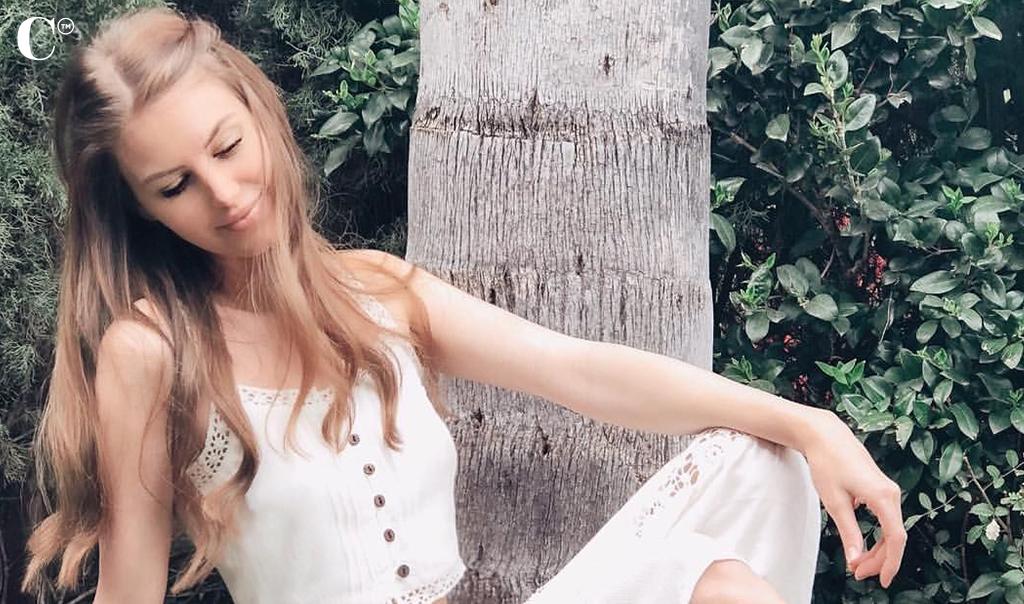 “Things have turned around since Louis became single again,” an insider told Heat magazine at the time. “Louis really wants to bury the hatchet with Briana. He flew in specifically for the party, and Briana was obviously really touched. It’s one of the first happy moments they’ve all shared since Freddie was born. Louis would love them to be normal parents to their son.”

Who Else Has Tomlinson Dated?

As fans know, during most of his time in One Direction, the musician was in a relationship with Calder. They briefly split in 2015, but got back together two years later, and have been going strong ever since. Over the years he was also linked to Tamara Bell, Hannah Walker and Bethany Larkman.

Does He Have Any Plans To Get Engaged Himself?

In January 2020, rumors hit the web that he and Calder were gearing up to get married, but the singer quickly shut these down.

“It isn’t true,” he told The Sun. “But the luxury with Eleanor is I’ve known her since before our first single, ‘What Makes You Beautiful,’ so she’s felt the whole growth of everything. As I’ve got to understand it, she has too, and I have the benefit with her that we’ve seen it for what it is.”

He also revealed that although they weren’t getting married just yet, he does have plans to walk down the aisle with her one day.