Few museums have been as eagerly anticipated as the Lucas Museum of Narrative Art. Built over a sprawling and strategically-placed 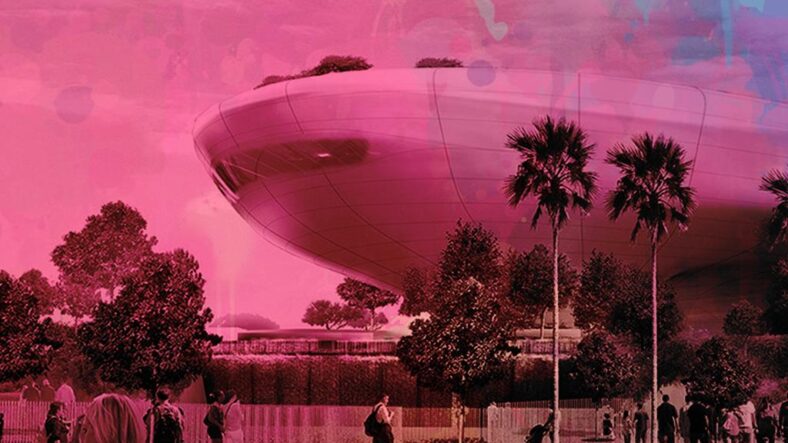 Few museums have been as eagerly anticipated as the Lucas Museum of Narrative Art. Built over a sprawling and strategically-placed complex, the Lucas is looking to break the mold of what people expect their museums to be. The Lucas wants to be more than a box of history’s memories; it was to integrate into and becoming a living part of society, drawing art lovers and newcomers alike into it’s unique storytelling atmosphere.

What is the Lucas Museum of Narrative Art? 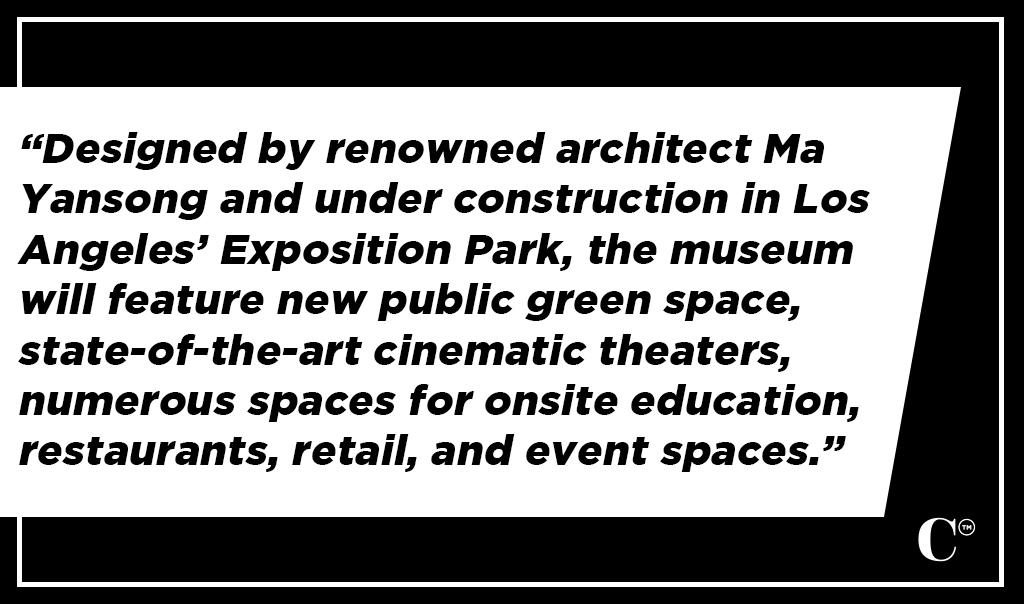 Per the Lucas’ website, “Founded by philanthropist and filmmaker George Lucas and his wife, Mellody Hobson, Co-CEO and President of Ariel Investments, the Lucas Museum of Narrative Art will inspire current and future generations through the universal art of visual storytelling.

The museum will present permanent collection and rotating exhibitions for diverse public audiences which will feature illustrations, paintings, comic art, photography, and an in-depth exploration of the arts of filmmaking (including storyboards, costumes, animation, visual effects, and more). Extensive education programming designed for all ages will explore innovative ways for visitors to engage with narrative art.

The Lucas Museum will be a barrier free museum where artificial divisions between ‘high’ art and ‘popular’ art are absent, allowing you to explore a wide array of compelling visual storytelling. Visitors who might be less inclined to visit a traditional fine art museum will be invited to engage with and relate to art forms they recognize and love.” 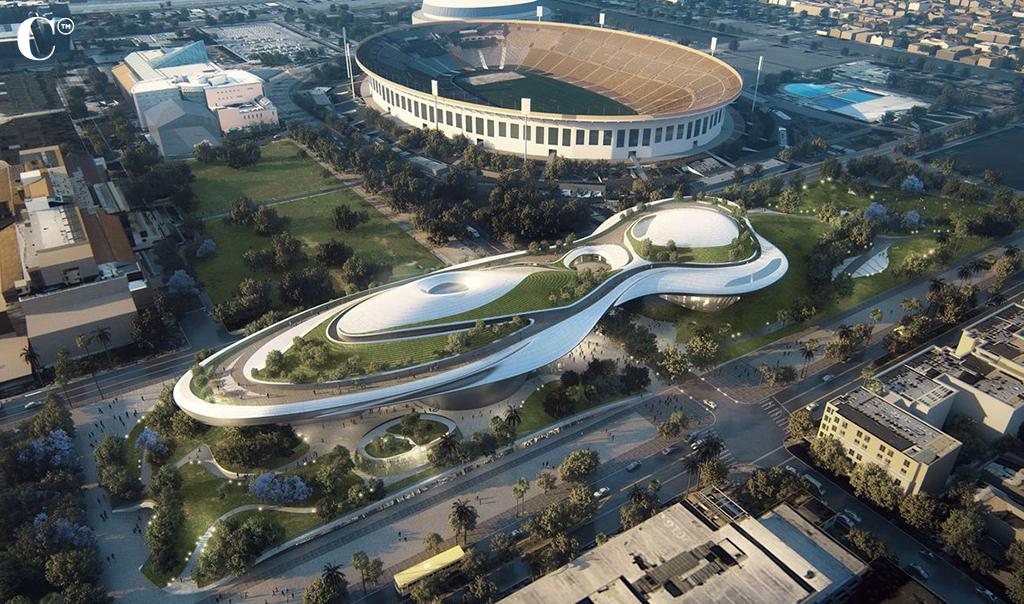 Director of the Lucas Museum, Sandra Jackson-Dumont, says of the unique approach they’re taking; “Museums are now sitting on the doorstep of relevance, and they’re trying to figure out how they remain relevant. I don’t think anyone can assume relevance. The museum of the 21st century, for me, is one that sits in the world, is of world, and is engaged in the world—not one that sits as a box and says it collects the world.”

ArtNewsreports, “‘We’re up against a long history of institutional practice and a long history of people not feeling like they can be in institutions,’ said Amanda Hunt, the museum’s director of public programs and creative practice. ‘That’s something I’ve always hoped to break open. We are building something anew; we are part of that long arc and dialogue—but how can we do that differently?’

Part of what Jackson-Dumont and her team aim to build is the idea of the Lucas as an institution that places its audience at the core of everything it does. ‘We want to be a people-first organization,’ she said. ‘We want to meet people wherever they are—physically, intellectually, emotionally—and we want to be inclusive in a way that connects with who people are in their daily lives and what matters to them. That should be reflected in the work that we do and the work that we show.’”

Where is the Museum and When Will it Open? 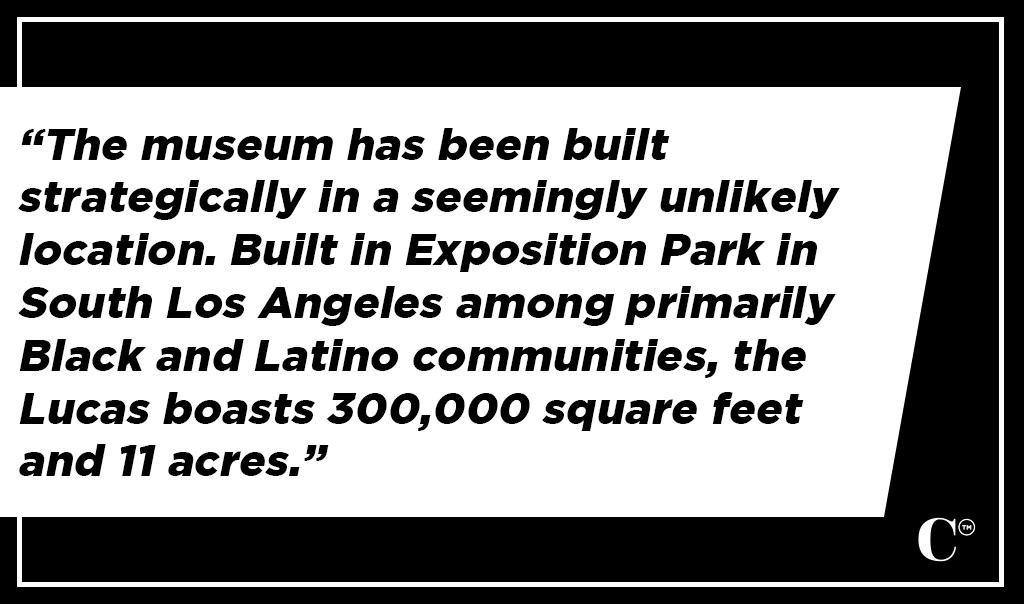 The museum has been built strategically in a seemingly unlikely location. Built in Exposition Park in South Los Angeles among primarily Black and Latino communities, the Lucas boasts 300,000 square feet and 11 acres. The reason the location is unlikely is due to the fact that museums and art galleries are often built with the intent of bringing the people to them. The Lucas is built in a way to bring it’s art to the people instead. It’s close to the Los Angeles Memorial Coliseum and the University of Southern California. Jackson-Dumont hopes that this proximity will allow them to uniquely partner with their neighbors to encourage people who wouldn’t otherwise explore art exhibits to wander in and see what catches their fancy.

It’s unclear when the museum will open, as the pandemic has turned the original timeline into a bust.

The Lucas Museum is looking to be an active part of the society it’s showcasing. ArtNews shares Jackson-Dumont’s thoughts on what will set the Lucas apart; “‘…almost every artist we can think of has some history with the narrative form—even within abstraction there is narrative form in many cases. How has narrative art cut across time and place? The definition is something that we feel can expand and contract.’

Speaking more broadly to the museum’s aims, Jackson-Dumont said, ‘we want to be a complex institution that reflects the complexities of society. What does it mean to have a place dedicated to complexities? We have to be nimble. We have to behave differently.’”

The Lucas Museum reaches out to all with it’s mission; “The Lucas Museum will celebrate the power of visual storytelling in a setting focused on narrative painting, illustration, photography, film, animation and digital art.

Narrative art is all about stories, and the moments in those stories captured by the artists. We invite you to experience those stories with us.”