The Magic Mike Live Tour is poised to bring the heat, and the hunks, to Miami. That’s right, the men 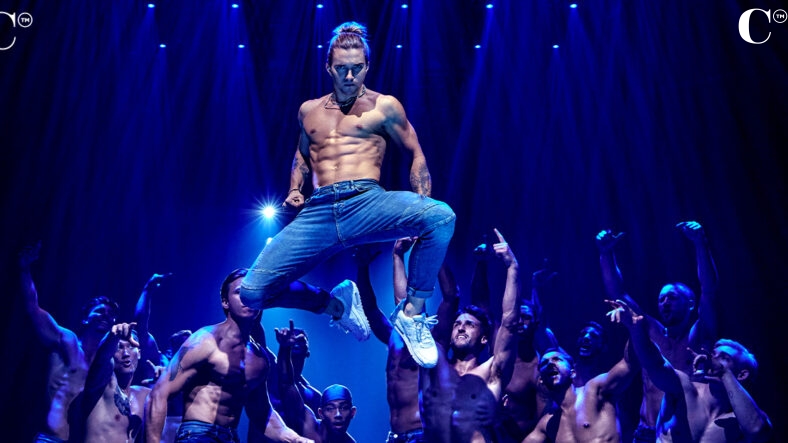 The Magic Mike Live Tour is poised to bring the heat, and the hunks, to Miami. That’s right, the men of Magic Mike are spreading their sexual sorcery all over the states and they are starting in the deepest parts of America, Miami Florida.

Go ahead and raise your hands if you’re hella jealous of Miami. 🙋🏽‍♀️

“I’m nervous, but also anxious to do it,” says Magic Mike cast member Nate Bryan. “I just get a thrill out of entertaining people.” Actually Nate, it is us that gets a thrill out of you guys.

Fans of the HBO Max show Finding Magic Mike know Nate as the shy and quiet dancer with a smile brighter than any of the lights that now illuminate his chiseled chest. Nate is one of more than a dozen other dapper dudes hitting the Magic Mike Live Tour stage. If he is excited, it’s hard to find a word that would describe the ladies who hit their show opening night this week. How about euphoric?

A MAGICAL DECADE OF MIKE

While the Magic Mike Live Tour is new, the inspiration behind it certainly is not. Few, if any, movie franchises have been able to capitalize on their success in the way that Magic Mike has. Magic Mike, the movie starring Matthew McConaughey, Olivia Munn and Channing Tatum first hit theaters in the summer of 2012. A second film, Magic Mike XXL, dropped in 2015. Seeing the appetite for the franchise, the decision was made to take Mike and his magic from the big screen to a live in-person show. Magic Mike Live was turning up the already hot desert town of Las Vegas with its male revue show. Before long another show was launched in London.

The creators soon would bet on another win with the brand and create a television show called Finding Magic Mike. The episodic was filmed during the pandemic at the Sahara Hotel in Las Vegas and later aired on HBO Max. Finding Magic Mike took 10 regular, average men who had lost their own magic and designed a competition for them. The winner(s) would be among the next dancers of the Las Vegas Magic Mike Live show performing in Vegas. Now, a decade after the original movie was released, a Magic Mike Live show hit the road.

Nate Bryan earned his spot on the Las Vegas stage as a finalist in Finding Magic Mike. Now he finds himself bearing all in Miami. Celeb Magazine talked to Nate one-on-one before his opening night in Miami.

“I love the culture around here and just the vibes,” Nate says. Since arriving in Miami he has been having an affair to remember with the appropriately nicknamed, “Magic City.”

“I fell in love with the city, the skyline is just gorgeous. I am just riding the wave,” he says with no pun intended.

What was intended was the exhilarating, entertainment experience that is known as Magic Mike Live. While other cities will soon be hosting the tour, the priority was to get Miami set and ready to go. With that goal in mind, the show  certainly did pull out all the stops. The custom built multi-level Spiegeltent can hold 600 people who want to see one of the hottest male revue shows on the planet. The venue, with an accompanying restaurant Wildfire – a first for the Magic Mike Live show –  sits on Key Biscayne at the Miami Marine Stadium site. The tour is everything fans have come to expect from the Channing Tatum produced show. Steamy dance moves combined with aerial feats make Magic Mike far from your average male dancing experience.

“It’s a 360 degree experience. The guys are all super talented and very athletic. I think we have seven or eight guys who can just do standing backflips,” says Nate before quickly adding, “I’m not one of those guys,” he says laughing.  “It’s an incredible view, city, and experience. I really do think that everyone is going to love what this show brings to Miami.”

Nate is also bringing something special to the Miami show. In this production, Nate will be playing the drums in a part of the show known as the “Serenade” scene. An aspiring musician himself, this was music to his ears. “I like music more than dance,” he says. “It is something that I am very much pursuing, but that is for after all of this,” he says referring to the live show.

The added drum solo is a welcome addition to Nate, and not that much of a stretch.

“I used to drum back in the day when I was 17 with some high school buddies. We started a band for a little bit,” he says. But he would soon put down the drumsticks and pick up a baseball bat. “ Baseball was the priority,” he recalls.  Nate did a short stint in the minor leagues for the Gary SouthShore Rail Cats.

Nate’s baseball career was cut short when he moved to Los Angeles in pursuit of love. Sadly, that relationship didn’t work out. But that loss turned out to be his gain when he auditioned for and later booked a spot on Finding Magic Mike. A hop, skip and lap dance later and Nate would find himself performing in Las Vegas. Just under a year later he would be trading in the desert for the sandy beaches of Miami.

“Vegas was awesome and I learned a lot from those guys because they are the OG’s, they started with the company. Now, with a new set of guys and a new crew, this feels different,” he says excited. “This is my first time building something new. It’s going to be so much fun.”

You will get no argument from us Nate, none whatsoever.

Magic Mike Live in Miami performs at 7 p.m. Wednesday through Sunday with

additional performances at 9:30 p.m. Thursday through Sunday and at Midnight on Saturday. Tickets start at $49. For more information about this show or their next destination, go to https://www.mmltour.com/