Burn Me If You Can: Margaret Atwood and Sotheby’s to Auction Fireproof ‘Handmaid’s Tale’ in Response to Book Bannings

Political and religious groups pushing to ban certain books is nothing new. But it has received renewed attention in recent 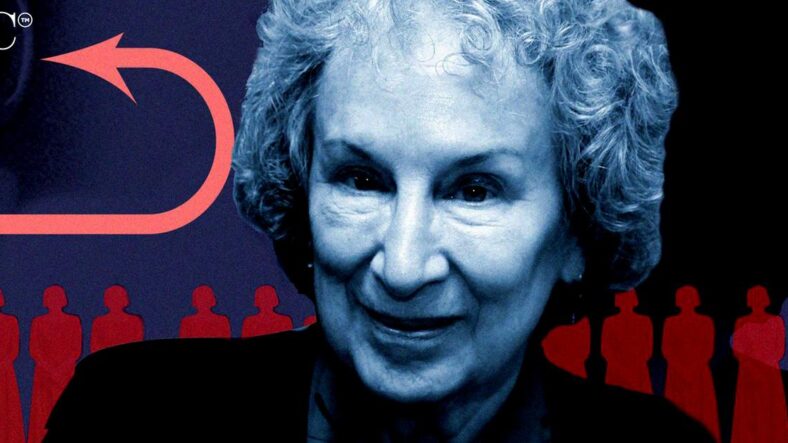 In response to these renewed efforts, Margaret Atwood – author of the wildly popular dystopian novel, The Handmaid's Tale – is partnering with Sotheby's to bring to auction a unique item. A one-off fireproof copy of her famed novel will be up for auction, with proceeds going to a free expression charity.

Go Ahead and Try

Book bans sound like something right of dystopian World War II. But they're making a fierce comeback in recent years as conservative leadership in several states believe that a liberal agenda is endangering their children.

As a result, progressive novels such as Atwood's Handmaid's Tale are facing scrutiny from activists groups who believe the material is too dark and dangerous for students.

Atwood teamed up with Sotheby's for the perfect comeback: burn my novel if you can.

PBS reports, "On Monday night, timed for PEN America’s annual gala, Atwood and Penguin Random House announced that a one-off, unburnable edition of 'The Handmaid’s Tale' would be auctioned through Sotheby’s New York. They launched the initiative with a brief video that shows Atwood attempting in vain to incinerate her classic novel about a totalitarian patriarchy, the Republic of Gilead. Proceeds will be donated to PEN, which advocates for free expression around the world.

'In the category of things you never expected, this is one of them,' she said in a telephone interview.

'To see her classic novel about the dangers of oppression reborn in this innovative, unburnable edition is a timely reminder of what’s at stake in the battle against censorship,' Markus Dohle, CEO of Penguin Random House, said in a statement."

It's a tongue-in-cheek but poignant clapback against attempts at bans and censorship, entirely in line with Atwood's personality. When she was approached with the idea, Atwood loved it, having grown up in a time period when dystopian novel Farenheit 451 by Ray Bradbury hit shelves and hit home with a lesson about what happens when you censor free expression.

The Impact and Timeliness of the Handmaid’s Tale

Although the symbol of an unburnable novel would be remarkable no matter what was chosen, The Handmaid's Tale offers exceptional significance. Especially in recent years as a made-for-Hulu adaptation has struck a chord among women and allies across the world.

The novel follows June, a woman who lived in a world much like ours – where encroaching religious-political values began stripping away reproductive rights one chip at a time. In the novel, fertility rates have dropped so significantly than live births are exceedingly rare – and those who are capable of carrying to term are treated with reverence.

In one fell swoop, dissidents take over the country, rename it Gilead, and essentially enslave women, dividing them into three categories: wives, Marthas, and handmaids.

The wives are allowed to run households, subject to the rules of their husbands. Marthas are servants who manage day to day tasks. And handmaids? They're breeding stock. Women who lived "sinful" lives before the fall of the United States, proven fertile through giving birth in the "before times," these women now submit to Commanders and men of consequence as rewards for their loyalty to the state. The handmaids are ritualistically raped and impregnated over and over, passed among households to bear children for the future of Gilead.

June, being in no small parts a reflection of Atwood's spirit herself, rebels – fighting back against the system. The Hulu series follows June's exploits even further than the novel.

It's a series that's considered dark and horrifying, a cautionary tale about what happens when religion controls politics and people are reduced to the value of their ability to reproduce rather than their humanity. In recent years it's really struck a chord, and is again popularized as the Supreme Court weighs the possibility of overturning Roe V Wade which protects reproductive rights.

As books like Atwood's are banned in schools across the country, symbols like an unburnable Handmaid's Tale are the perfect figurehead to rally around. They may be able to ban books – for now – and they may be close to controlling which reproductive services people can access, but the spirit is unquenchable; that's the message.

Atwood explained of the symbol of an unburnable copy in a statement, "It’s an unforgettable visual metaphor. That’s why people in the middle ages put coats of arms on their armor, and had recognizable flags. That way you can visualize them and know who’s standing for what."