Married at First Sight Success Rate: How Many Couples Stay Together?

Married at First Sight was a revolutionary and controversial show right from the moment it launched. A series of professionals 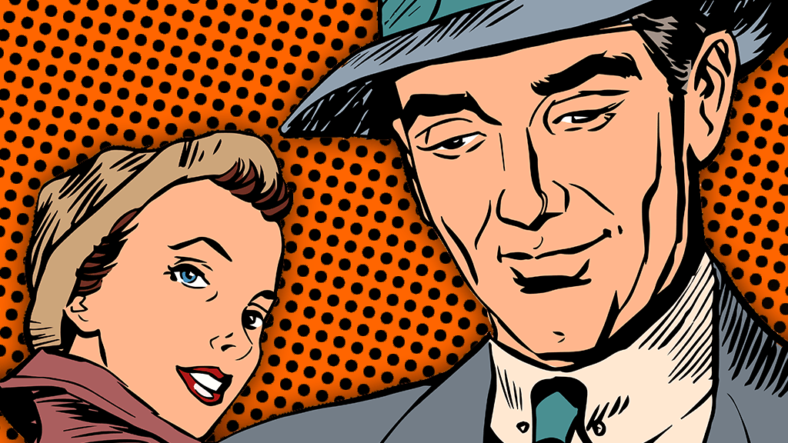 Married at First Sight was a revolutionary and controversial show right from the moment it launched. A series of professionals match total strangers, who meet each other for the first time at the altar and become legally married.

The professional matchmakers come from a range of different fields, including social anthropology, sociology, relationships, and sex experts, counselors, and even the odd priest thrown in here and there. The premise is that scientists can predict the love X factor and ensure healthy and happy long-lasting marriages—so what’s their success rate?

I’m not going to drag it out, because it’s impressive anybody has managed actually to read past the headline, given that it’s 2020. 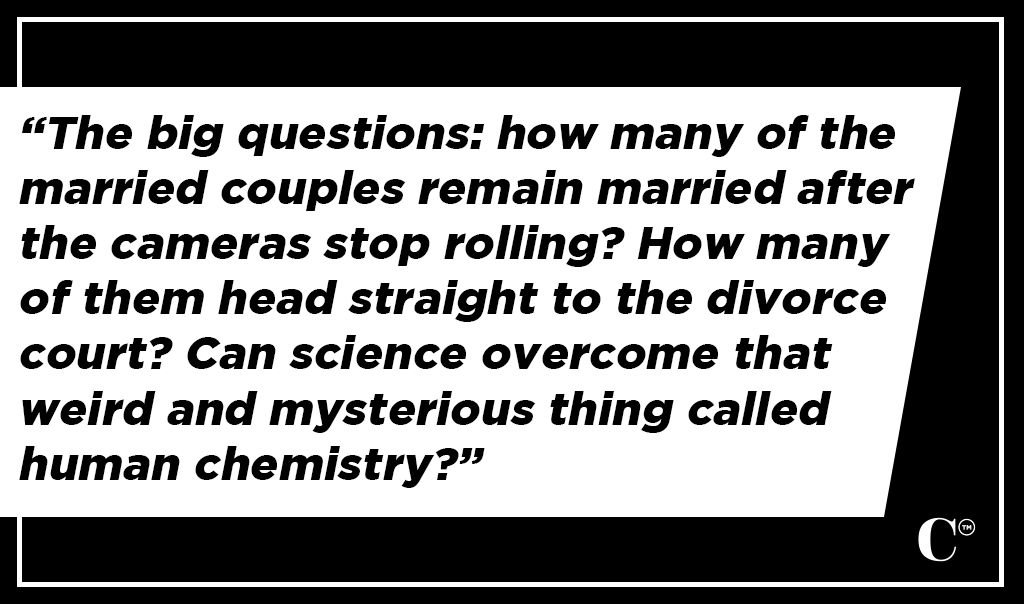 The big questions: how many of the married couples remain married after the cameras stop rolling? How many of them head straight to the divorce court? Can science overcome that weird and mysterious thing called human chemistry?

Because I mainly speak English, with a little Spanglish and very poor schoolgirl French and German, I’m going to focus on the Anglo-language versions only.

So, what is the Married at First Sight success rate? 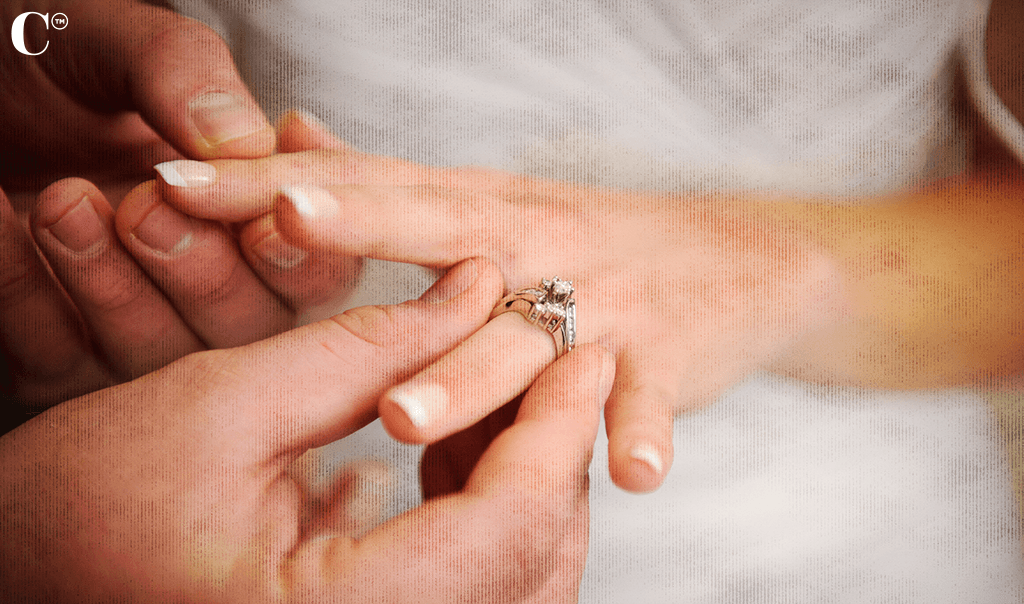 At the time of posting:

In Australia (7 seasons): 1 out of 60 couples are still together.

Which results in an overall success rate of 9.4 % (compared to 55% for the average success rate for the regular old run-of-the-mill marriage in those three countries)

D+ basically. Good job, science! (see mom, I could have been a scientist after all!)

Why is MAFS so popular?

The show first started in Denmark in 2013, and was called Gift Ved Forste Blik, but spread to the US in 2014, Australia later that same year and Britain in 2015.

It went on to have a total of 29 franchises all around the world. There are Married at First Sight versions in Germany, France, Finland, Holland, Belgium, Italy, Poland, Israel, Serbia, and Croatia, among others.

Many of the relationships between the unfortunate married strangers are “slow-burners,” but the original Danish show was a smash hit right from the start.

Season five of the Danish Married at First Sight, aired in 2007, and it was a ratings run-away, becoming the most-watched show in the country. A staggering 34.8 percent of TV viewers tuned in for the season finale, which resulted in two couples deciding to stay together, at that time anyway.

Season eight of the MAFS US version was the Lifetime network’s highest-rated show ever, with 1.7 million viewers tuning in to watch “Decision Day.”

Season four of MAFS Australia has become a huge hit internationally—with both US and British viewers “begging” Netflix to release all seven seasons of the show.

As somebody who has watched all seasons of the British and US versions and is currently balls deep in the Ozzie MAFS season four myself (look, don’t judge, it’s COVID lockdown time), I can see why.

The Married at First Sight franchises all follow a similar format; experts match strangers who meet for the first time on the day they get married. Then viewers get to watch the relationships explode, destruct, and end in divorce—or, on the infrequent occasion, flourish and succeed.

The Australian version is just formatted, edited, and constructed so much better than the others—it’s total train wreck 101, but at the same time feels more genuine than the US one, and you just can’t stop watching.

Meanwhile, the British version is kind of boring as hell—because it comes across as an actual serious, scientific experiment, rather than a gloriously exploitative and awful but oh so good reality TV car crash.

Why would anybody go on Married At First Sight

Every one of the MAFS participants claims they are genuinely looking for real love, stability, partnership, and ultimately marriage. They all claim they are committed to the process and trust the ”scientists” to get it right, and they’ve all failed at finding a partner in marriage themselves.

Plus, let’s be realistic here; they get to become a reality TV star, and who wouldn’t want to be Jenelle Evans or Lisa Vanderpump? (That was a joke BTW) 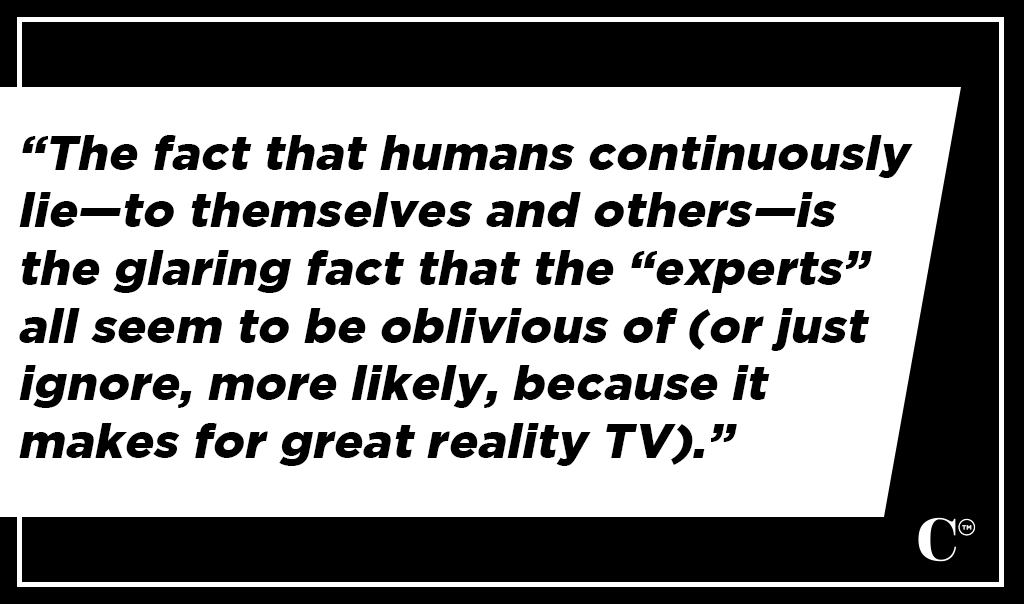 Right from the start, you get to question how many of the participants are genuine in their purported intent. Because it becomes crystal clear over time that so many of them have just blatantly lied, or at the very least, misrepresented themselves and their motivations.

The fact that humans continuously lie—to themselves and others—is the glaring fact that the “experts” all seem to be oblivious of (or just ignore, more likely, because it makes for great reality TV).

Arranged marriage is common in many countries, mainly in Eastern-cultures such as in Japan, China, Pakistan and India, in addition to the Middle-East.

Back in Elizabethan times, arranged marriage was common in Western society, too, as wealthy families united and strengthened their power by marrying their children and siblings to each other. You only need to glance at any European history book to see how that worked out, well for the Royal families of the time anyway.

In the modern era, society frowns upon incest and interbreeding because it can often time lead to physical deformities, mental defects, and as displayed by some members of the British nobility, decidedly weak chins.

But arranged marriages in other cultures tend not to involve the union of first cousins or uncles and nieces. Plus, contrary to popular misconception, arranged marriage is not forced—the latter is a whole separate issue.

“People in the West often confuse arranged marriages with forced marriages,” Nashra Balagamwala, from Islamabad, Pakistan, tells the BBC. “They go by a lot of what they see in the press. The acid attacks. The so-called honor killings. The complete absence of choice.”

Balagamwala decided to design a board game called Arranged! in her bid to explain the differences between arranged and forced marriage.

“I wanted to create an innocent platform where families could talk about some of the silly aspects of my culture, in a non-confrontational way, like how a ‘good girl’ knows how to make a good cup of chai and doesn’t have male friends. I wanted to explain arranged marriage to white people,” she explains. “So they could better understand the nuance of South Asian traditions.”

However, the game ultimately backfired on Balagamwala as many in the Western world didn’t pick-up on the cultural humor and irony she had included. Such as the depiction of the game’s main character, a matchmaking auntie desperately trying to chase down three girls who are attempting to outwit her and delay getting married.

The media interpreted it as being a statement on how arranged marriage is actually forced on women. Well, there’s an argument right there of the need for more cultural diversity in media.

“People in the West should realize that is what a lot of people in South Asia mean when they say ‘arranged marriage.’ You may hear about the horror cases, those forced marriages, but that isn’t the reality for millions of people,” Balagamwala explains.

“Also, how is an introduction any different from being set up on a blind date or arranging your own introduction via a dating app?”

The case for arranged marriage is compelling actually (when there are no reality TV cameras involved, and there’s cultural acceptance included).

According to a study by the Statistic Brain Research Institute, the divorce rate for arranged marriages is 4%, compared to the US divorce rate of 40-50 % (as per the APA).

I think I’ll continue to just stay single thank you very much.