The face of a country’s currency can say a lot. It can represent the ideals they hold, the monuments they 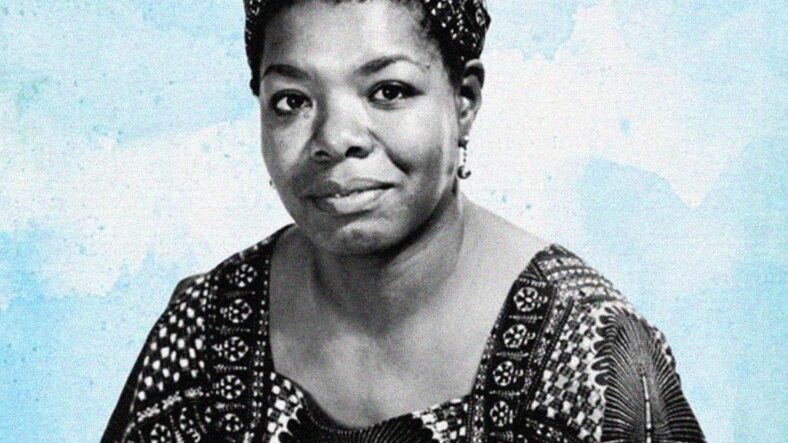 The face of a country’s currency can say a lot. It can represent the ideals they hold, the monuments they revere, or the leaders they love or fear. In the United States, men have traditionally graced our currency – some with controversial pasts and problematic histories. Over the past few years, support has gained momentum to begin changing the face of our currency, literally – and add a more diverse representation on the notes and coins we traffic with every day. Now, the first Black woman will grace the front of a quarter: legendary poet and visionary Maya Angelou. 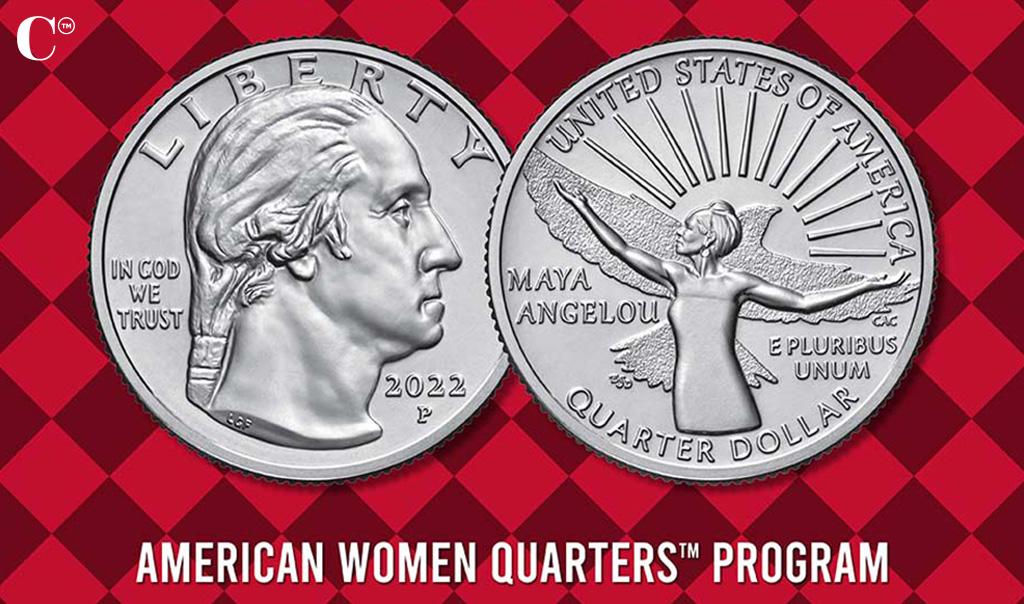 It’s an exciting day for coin collectors and poetry lovers the world over as the US Treasury has announced that they have minted and will now be shipping new quarters bearing Angelou’s likeness. This new design is a result of the American Women Quarters Program established by Congress in 2020. The program sees the Secretary of the Treasury releasing five quarters a year through the end of 2025, and women featured aside from Angelou will include the first Chinese American movie star Anna May Wong, first woman to fly to space Sally Ride, and Wilma Mankiller – the first woman to be principal chief of the Cherokee Nation.

Treasury Secretary Janet Yellen says of this new coin design, per The Root via Yahoo!, “‘Each time we redesign our currency, we have the chance to say something about our country — what we value, and how we’ve progressed as a society,’ Treasury Secretary Janet Yellen said in a statement. ‘I’m very proud that these coins celebrate the contributions of some of America’s most remarkable women, including Maya Angelou.’”

The US Mint has said collectors should check the bank in late January or early February if they’re hoping to find the coins, which are now printed and rolling out. The image on the new quarter shows Angelou superimposed over a bird with spread wings, an allusion to her love of birds as imagery in her poetry.

Maya Angelou – a Name You Should Know 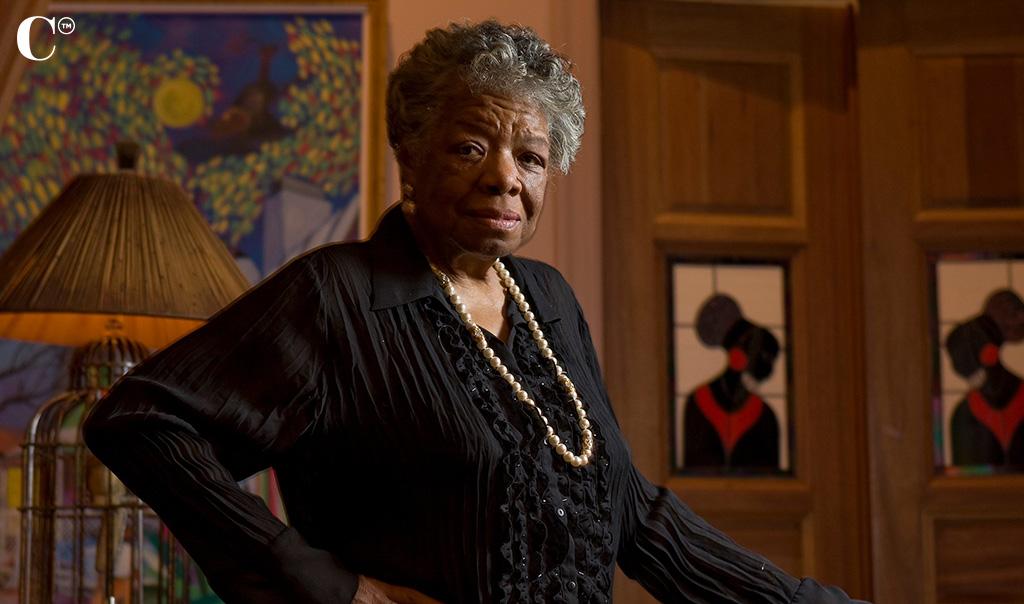 People who aren’t already familiar with the work of Maya Angelou may find reason to seek her out now that she’s gracing such a staple in our day-to-day lives. Born Marguerite Annie Johnson on April 4, 1928 in St. Louis, Missouri, Angelou did not have an easy childhood. Her parents divorced when she was very young, and she and her brother were sent to live with their paternal grandmother.

As a little girl, Angelou was dealt a horrifying and devastating blow when she was raped by her mother’s boyfriend at just 7 years old. In retaliation for the assault, her uncles killed the boyfriend. The assault traumatized little Angelou so deeply that she became mute for a number of years.

After she had moved to Arkansas as a child, Angelou experienced the hardship of being Black in the South, racial discrimination and hatred growing by the year. When World War II hit, Angelou moved to California to study dance and acting at the California Labor School, earning a scholarship. She briefly became the first Black female cable car operator in San Francisco, before moving on.

Angelou became a member of the Harlem Writer’s Guild and fought as a Civil Right’s activist, working as an actress throughout the ’50’s. In 1961, Angelou appeared off-Broadway in The Blacks alongside James Early Jones and Cecily Tyson. In 1973 and 1977, Angelou earned Tony Award nominations.

In the 1960’s, Angelou studied abroad, spending time in Egypt and Ghana, working as a freelance writer. When she returned, she worked closely with Malcolm X – a controversial Civil Rights era figure.

Angelou’s body of written work includes many poems and multiple books. Poems include a collection titled Just Give Me a Cool Drink of Water ‘fore I Diiie (1971) which was nominated for a Pulitzer. Other famous collections include And Still I Rose, I Shall Not Be Moved and Even the Starts Look Lonesome among others.

Friend and colleague James Baldwin encouraged Angelou to write her life story, resulting in the book I Know Why The Caged Bird Sings. Biography.com writes, “The poignant story made literary history as the first nonfiction bestseller by an African American woman. The book, which made Angelou an international star, continues to be regarded as her most popular autobiographical work.

In 1995, Angelou was lauded for remaining on The New York Times‘ paperback nonfiction bestseller list for two years—the longest-running record in the chart’s history.”

Angelou went on to write many more books, including cookbooks, and spent time as a screenplay author and director. Aside from being friends with James Baldwin and Malcolm X, Angelou was also friends with Martin Luther King Jr and Oprah Winfrey – who all held her in great respect.

Angelou died May 28, 2014. What she left behind was a legacy of brilliant insight, honest storytelling, and evocative imagery unparalleled in our day.

Is the Tubman Twenty Next? 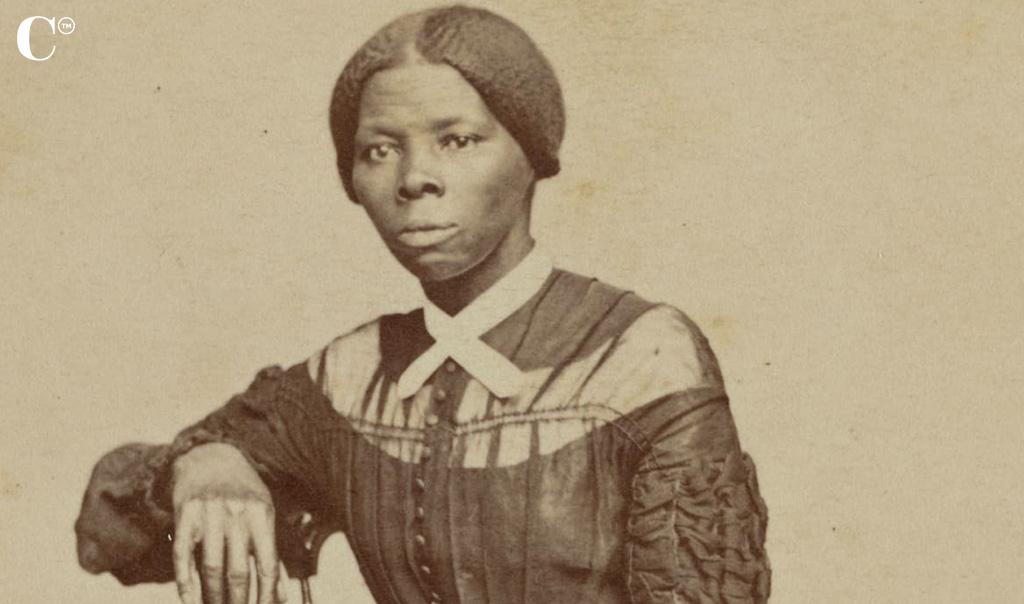 The arrival of the Maya Angelou quarter comes amid a renewed push for the addition of another Black woman to a different note: Harriet Tubman. Tubman was a slavery-era hero who saved hundreds of people by helping them escape to the free North in the 1800’s, putting her life at risk on every trip. Online petitions have encouraged the Treasury to put Tubman on the $20, replacing controversial former president Andrew Jackson.  Back in 2013, the Treasury began planning the re-design of the $20, and a few years later the Obama Administration submitted for Tubman to be the new face of the bill.

However, the administration of former president Donald Trump stalled the process, which means it may not happen until 2030. Insider reported in 2021, “A government committee, known as the Advanced Counterfeit Deterrence Steering Committee, decided in 2013 that most currency bills would undergo major redesigns to add new security features and prevent counterfeiting attempts.

That timeline is optimistic, too. It assumes no new counterfeit threats or technology issues suddenly crop up and delay the process, according to the Bureau of Engraving and Printing.

The Biden administration promised in January that the White House was ‘exploring ways to speed up’ efforts to put Tubman on the front of the $20 note. But thanks to a complex redesign process and thorny bureaucratic issues, it’s still just a distant possibility.”

For now, the American Women Quarters Program will continue to roll out the new coins – and Maya Angelou is just the first, a well-deserved recognition.