WNBA star Maya Moore has recently married the man of her dreams. However, their path to wedded bliss was a 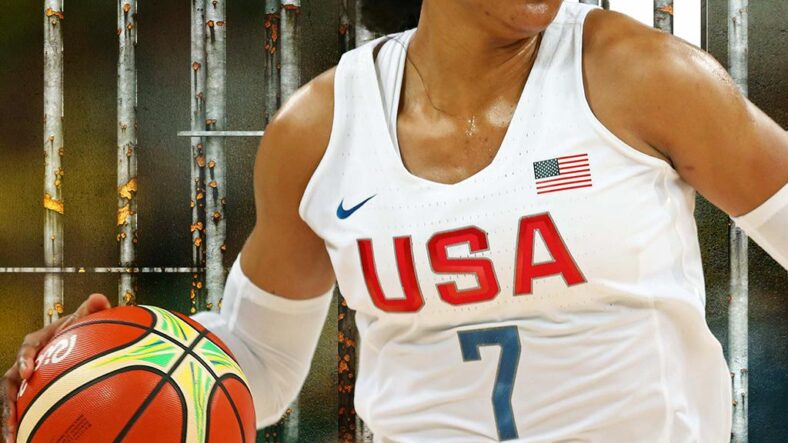 WNBA star Maya Moore has recently married the man of her dreams. However, their path to wedded bliss was a little bit unconventional. Moore helped husband Jonathan Irons in an unusual way; she helped him overturn his wrongful incarceration which freed him from prison. The pair recently announced that they tied the knot, celebrating their joy at finally being together on the outside.

Why Was Irons in Prison?

The Washington Post explains, “Irons, 40, was serving a 50-year prison sentence after the nonfatal shooting of [homeowner Stanley Stotler] in the St. Louis area, an incident that occurred when Irons was 16. In March, his convictions for burglary and assault were tossed out by a judge who cited problems that included a fingerprint report that had not been made available to Irons’s defense team. An appeal by the Missouri attorney general’s office was unsuccessful, and the St. Charles County prosecutor’s office decided not to retry the case.”

According to the New York Times, “Irons has insisted that he was not there and had been misidentified.

After hearing testimony and a profession of innocence from Irons, who was shackled in the courtroom, Green cited a series of problems with the way the case had been investigated and tried. He focused on a fingerprint report that had not been turned over to Irons’s defense team. The print, found inside a door that would have been used to leave the house, belonged to neither Irons nor Stotler.”

The defense describes the evidence against Irons as, “circumstantial at best,” and a judge seemed to agree as his conviction was vacated back in March. From there, the NY Times reports, “In the three and a half months following [the judge’s] overturning of the conviction, lawyers for Attorney General Eric Schmitt of Missouri launched a pair of failed appeals, then were turned away by the state Supreme Court, which left the matter in the hands of Tim Lohmar, the lead prosecutor in St. Charles County, where the crime occurred. He had to decide whether to retry the case.”

The NY Times shares, “…there was no corroborating witness to the crime, nor were any fingerprints, DNA or blood evidence implicating Irons presented in court.

Prosecutors said Irons, who was 16 at the time the crime took place, admitted to a police officer that he had broken into Stotler’s home, a claim that Irons steadfastly denied. The officer who interrogated him did so alone and did not make a video or audio recording of the conversation. Asked for his interview notes, the officer said he had thrown them away.

Despite his youth, Irons was tried as an adult. On the advice of his public defender, he did not testify. In a county with few minority residents, he was convicted by an all-white jury and given a sentence that made him ineligible for parole until he was about 60 years old.

Throughout his time in prison, Irons — a religious man who educated himself behind bars and earned commendations from prison administration — said he would never agree to parole, because it would require him to admit guilt when he had done nothing wrong.”

How and When Did Moore and Irons Meet?

Moore met Irons when she was 18 years old in 2007, through a prison ministry. According to the NY Times, “Moore went on to win four W.N.B.A. championships and a league Most Valuable Player Award for the Minnesota Lynx, but she and Irons formed a close, siblinglike bond.”

In an interview with Good Morning America, Irons spoke about his reluctance to engage in a romantic relationship with Moore, “I wanted to marry her but at the same time protect her because being in a relationship with a man in prison, it’s extremely difficult and painful. And I didn’t want her to feel trapped and I wanted her to feel open and have the ability any time if this is too much for you, go and find somebody. Live your life. Because this is hard.’”

Y! Entertainment says Irons did ask Moore to marry him while he was incarcerated, but with a stipulation; “Irons [proposed] but told Moore: ‘Don’t answer that question yet.’

‘I said, ‘I just want you to wait until I’m home,’ because I didn’t know if I’d be home and she’s such an amazing, beautiful person I could never trap her and not let her fulfill her dreams of being a wife and being a mother one day.’”

In 2019, Moore stepped away from the NBA in order to focus on her passion for prison justice reform. The basketball star obviously had a vested interest, and worked hard to free Irons.

Once Irons was finally a free man in July, Moore was waiting for him. Overjoyed at finally being able to freely embrace him, the couple was on cloud nine as Irons rejoined family and friends. In the GMA interview, Irons details the proposal, “‘When I got out, we were in the hotel room. We had some friends in the room, it was winding down and we were extremely tired, but we were still gassed up on excitement,’ Irons said. ‘It was just me and her in the room and I got down on my knees and I looked up at her and she kind of knew what was going on and I said, ‘Will you marry me?’”

They Married ‘A Few Months Ago’

Irons and Moore have remained mum on their big day because they said they don’t want to distract from their Get Out The Vote campaign. Both are passionate about prison and general justice reform.

Irons told GMA, “‘We’re basically trying to just educate the public — get them engaged in the voting process and just being more involved in what’s going on with our country and our government and local jurisdictions, prosecuting offices,’ Irons said, adding that they want people ‘to be aware and pay attention because if you don’t pay attention, things can get out of hand and become harmful to our country.’”

While the start to their marriage is certainly unusual, we wish the happy couple the absolute best.

Body Found off Laguna Beach Identified; Third One in a Week