It’s back! The biggest music festival in the Middle East is returning to Saudi Arabia. Organizers recently announced that SOUNDSTORM 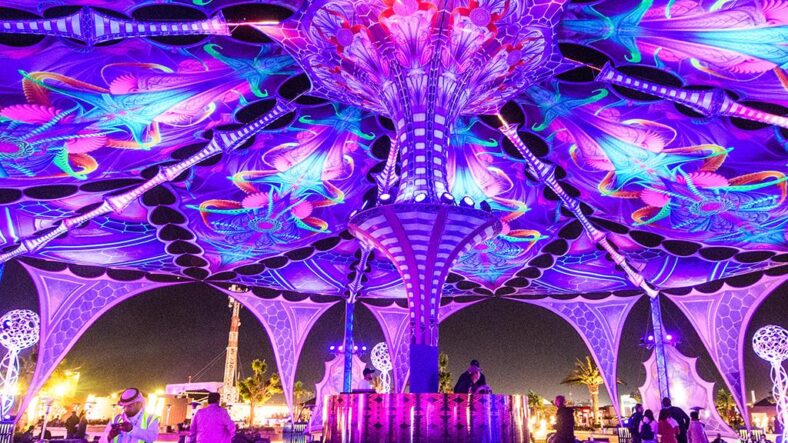 It’s back! The biggest music festival in the Middle East is returning to Saudi Arabia. Organizers recently announced that SOUNDSTORM hosted by MDLBEAST would be coming back to Riyadh from December 16-19, 2021.  The massive festival first launched in 2019, but was put on pause through 2020. Now, it’s back and better than before, with a list of headliners that include some of the best in the EDM scene. 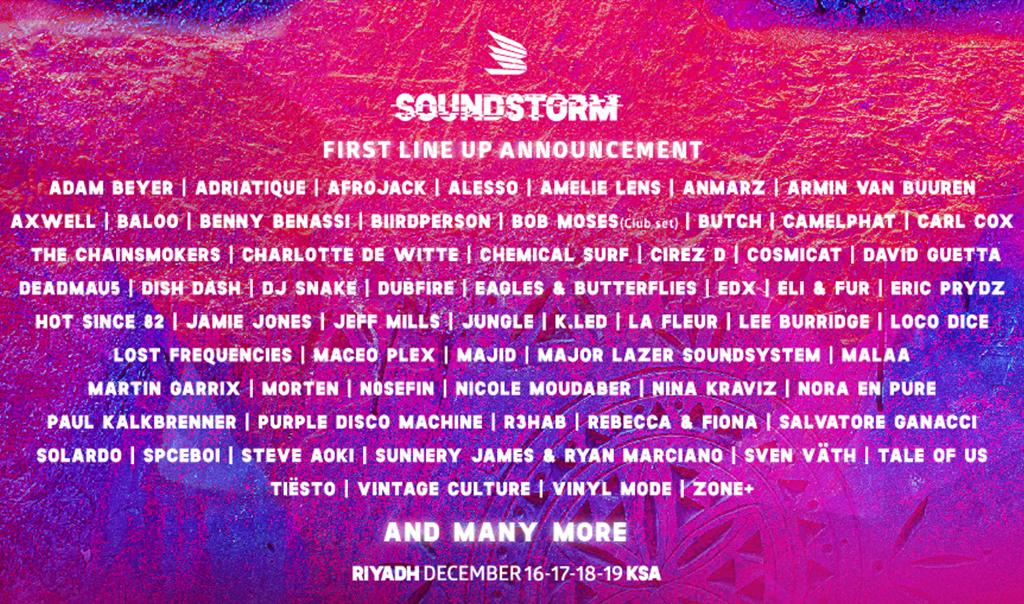 It’s a music festival, so of course we have to start with the impressive artists that SOUNDSTORM has gathered for its 2021 lineup. The first list of names was released this week, and EDM/dance stars include the following artists:

Techno stars lighting up the stages include:

Over 150 acts have been announced so far and there may be more to follow. Per a press release, “Talal Albahiti, COO and Head of Talent Booking and Events, said: ‘We are thrilled to announce the return of SOUNDSTORM and are proud to welcome some of the industry’s biggest and brightest artists and creators. Our inaugural festival in 2019 was pivotal for the music and entertainment scene in Saudi Arabia, as it put us on the world map and revealed just how rich music culture is in the Kingdom and the region. Saudi Arabia is undergoing transformation and with it, the popularity and appetite for music and festival culture is growing exponentially. MDLBEAST is supercharging the creative industry, and we’re excited to continue showcasing it to the world.’” 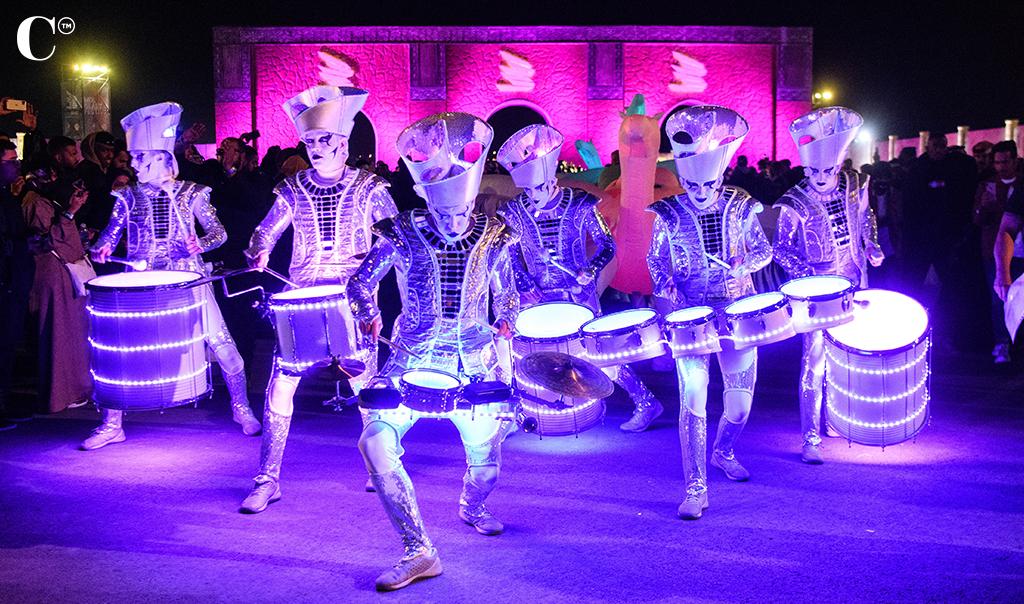 But a festival is more than its artists, even if that’s why everyone comes. SOUNDSTORM, hosted by MDLBEAST, is the biggest, loudest music festival in the region, and brought a stunning 400,000 to Riyadh in 2019. 80 artists participated in the first festival, and this year is twice as big.

The festival includes not just their noteworthy list of international superstar artists, but also international dance acts and local and regional performers. The four-day festival promises to be one of the world’s newest big hit annual festivals, drawing visitors from around the world.

SOUNDSTORM 2019, and the Future 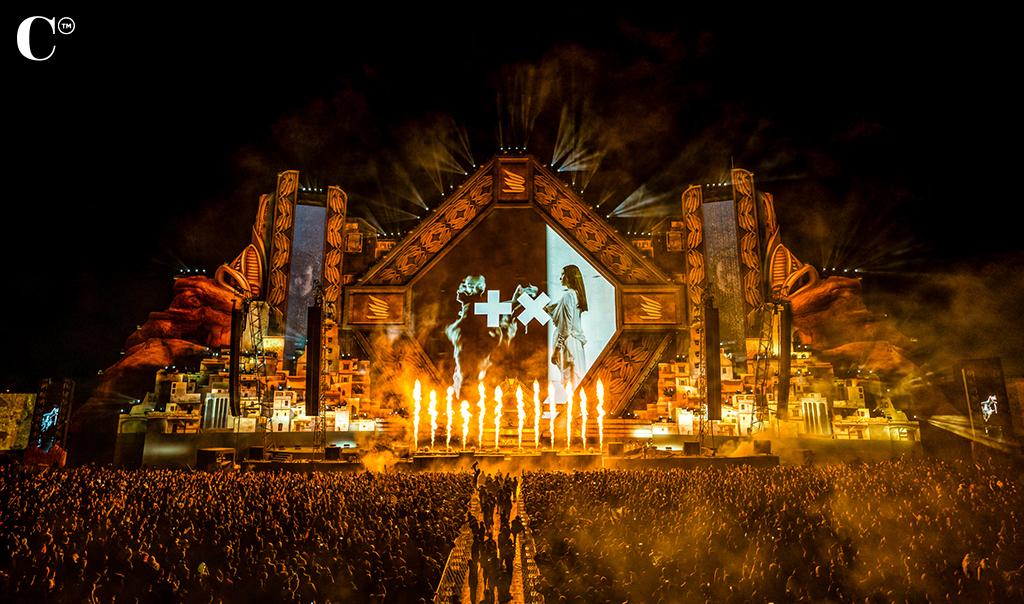 The host of SOUNDSTORM, MDLBEAST is focused on more than just creating a big festival. The idea behind SOUNDSTORM is to create something greater. The event’s website explains, “MDLBEAST is an entertainment company rooted in music culture. Anchored in the Middle East and shared globally; we showcase local, regional and international talent through immersive experiences and content.

With artists at the heart, we are on a mission to develop the region’s music ecosystem & economy; developing a multi-layered platform for fresh talent and culture. We launched Soundstorm – an epic music festival in 2019 – and that was just the beginning. More than an event, Soundstorm was a cultural catalyst for Saudi youth.

We showcase talent, develop content, and host events by supercharging a community of creators, to amplify the unseen.”

In 2019, they did exactly that. In a region often viewed by the rest of the world as reserved, SOUNDSTORM is bringing young people a way to come together and let loose in a way that Western teens often take for granted. Per Arab News via MSN, “The massive success of the festival’s first edition, which brought together more than 400,000 attendees and 80 international, regional and local artists across six stages, was not only ‘something that the world hadn’t seen before. We even managed to surprise ourselves,’ Albahiti said enthusiastically. ‘We’re proud of getting into the Guinness Book of Records for achievements like ‘the world’s largest stage,’ but — more importantly — the people that came to that show are still talking about it today.

‘In 2021, Soundstorm is going to be even bigger — in size, the number of stages, and the profiles of the artists. What we’re doing is something new for Saudi Arabia. We are thrilled to show both the region and the world what we can do,’ he said.”

If 2021 is even the same size as 2019, it will be a sorely needed release in a trying year. But it looks to be as much as twice the size – and the world is ready.