Where Is The Cast Of ‘Mean Girls’ Now? See What They’re All Doing These Days

This may come as a shock, but Rachel McAdams is turning 42 years old on Tuesday, November 17. She was 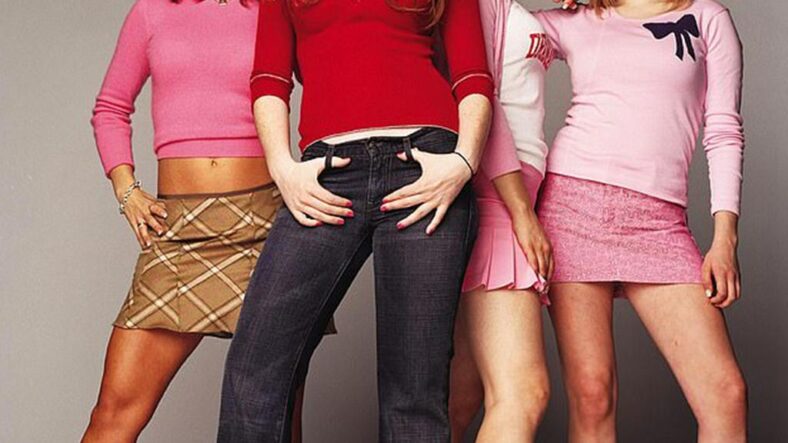 This may come as a shock, but Rachel McAdams is turning 42 years old on Tuesday, November 17. She was only 25 when she starred as Regina George in Mean Girls, and we cannot believe how fast time has flown by! That means it has been more than 16 years since the iconic movie came out, but it seriously feels like just yesterday.

For those who forgot, the flick, which also starred Lindsay Lohan, Lacey Chabert, Amanda Seyfried, Jonathan Bennett, Lizzy Caplan, Daniel Franzese and more, premiered on April 30, 2004. It was about a girl named Cady Herron who was in for a shock when she moved to the United States from Africa and attended high school for the first time — after being home-schooled her entire life. She quickly discovered the ups and downs of school — including the mean girls, cliques, popularity, boys and so much more. It was definitely a huge part of a lot of our childhoods, so the fact that it’s already been more than a decade since it came out is seriously so shocking.

But wait, what are the stars of the movie up to these days, you ask? In honor of McAdams birthday, we decided to check in on them all, and boy, have they accomplished a lot since then. Here’s what the cast of Mean Girls is doing now…

What Is Lindsay Lohan Doing Now? 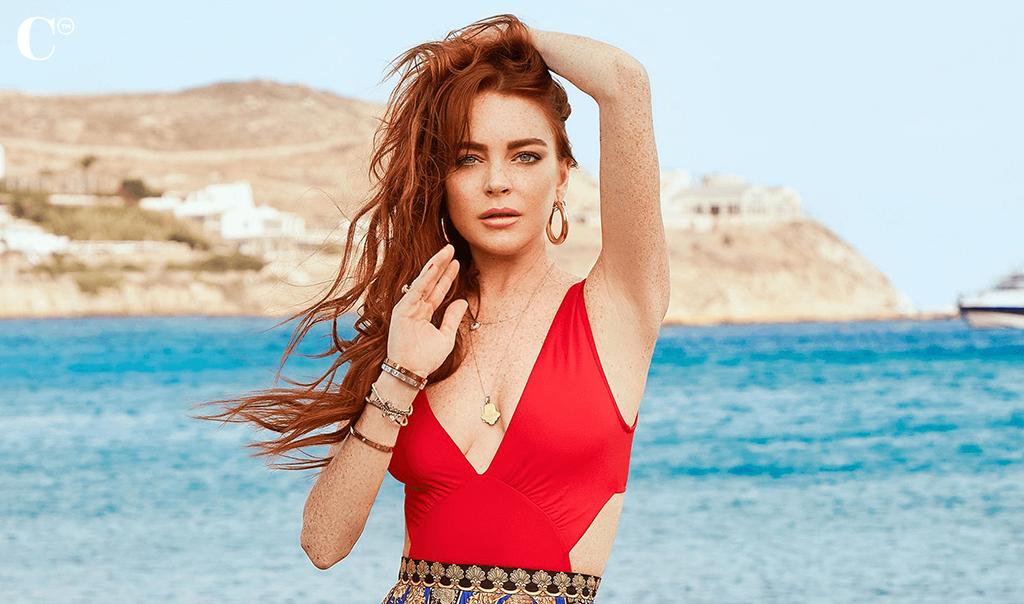 Lohan did not slow down after Mean Girls. She went on to star in Herbie Fully Loaded, A Prairie Home Companion, Just My Luck, Bobby, The Holiday, Chapter 27, Georgia Rule, I Know Who Killed Me, Ugly Betty, Labor Pains, Machete, Liz & Dick, InAPPropriate Comedy, Scary Movie V, The Canyons, Sick Note, Among the Shadows and more. That’s not all. In 2014, the actress starred in the London West End production of David Mamet‘s Speed-the-Plow, she was a judge on on the Australian edition of Masked Singer in 2019, she launched her own clothing line in 2008, she had her own MTV reality show in 2019 called Lindsay Lohan’s Beach Club and she released her own app called Lindsay Lohan’s The Price of Fame in 2014. Oh, and did we mention that she also released two studio albums of her own?! You go, girl!

What Is Rachel McAdams Doing Now? 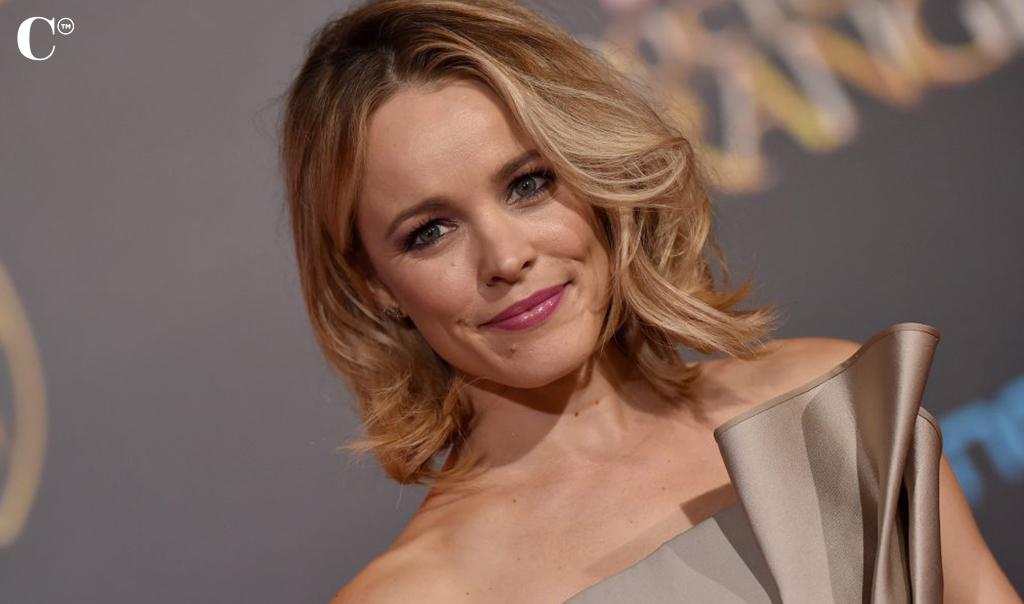 McAdams most famously went on to play Allie in the movie The Notebook. She also acted in Slings and Arrows, Wedding Crashers, The Family Stone, Red Eye, Married Life, The Lucky Ones, State of Play, The Time Traveler’s Wife, Morning Glory, Sherlock Holmes, Midnight In Paris, The Vow, True Detective, Doctor Strange and so many more. From 2006-2008 she took a brief hiatus from acting, and turned down roles in turned down roles in the films The Devil Wears Prada, Casino Royale, Mission: Impossible III and Get Smart. She and her boyfriend, American screenwriter Jamie Linden, welcomed a son together in April 2018.

What Is Lacey Chabert Doing Now? 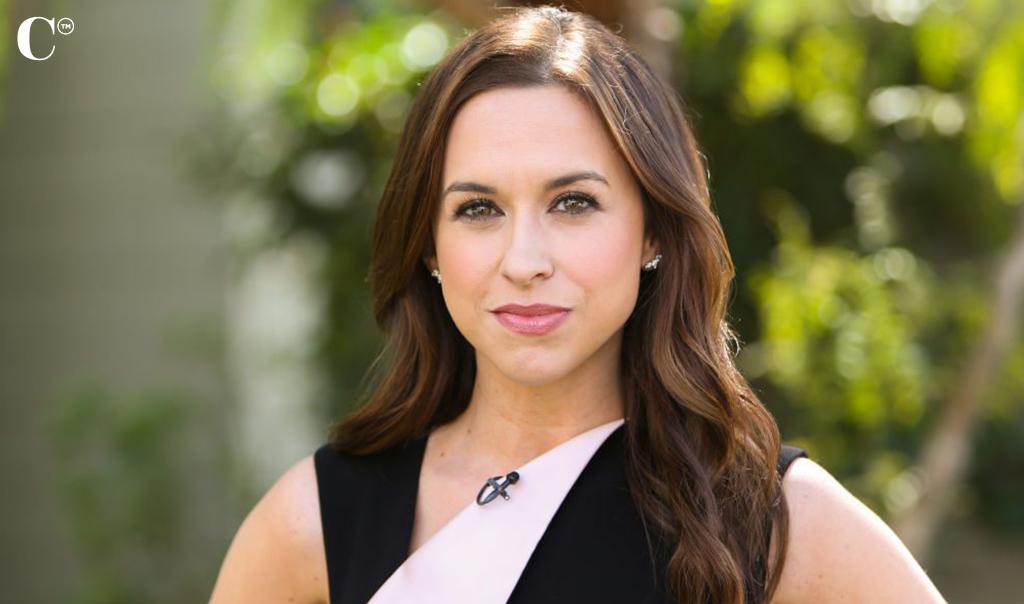 Mean Girls was just the beginning for Chabert. She continued to act, landing roles in Dirty Deeds, High Hopes, A New Wave, Bratz, The Spectacular Spider-Man, Family Guy, Baby Daddy, The Color of Rain, Living the Dream, Still the King, Shimmer and Shine and others. Get this — the actress has actually appeared in 18 Hallmark movies over the years! She married her longtime boyfriend, David Nehdar, on December 22, 2013, and gave birth to their daughter, Julia, in September 2016.

What Is Amanda Seyfried Doing Now? 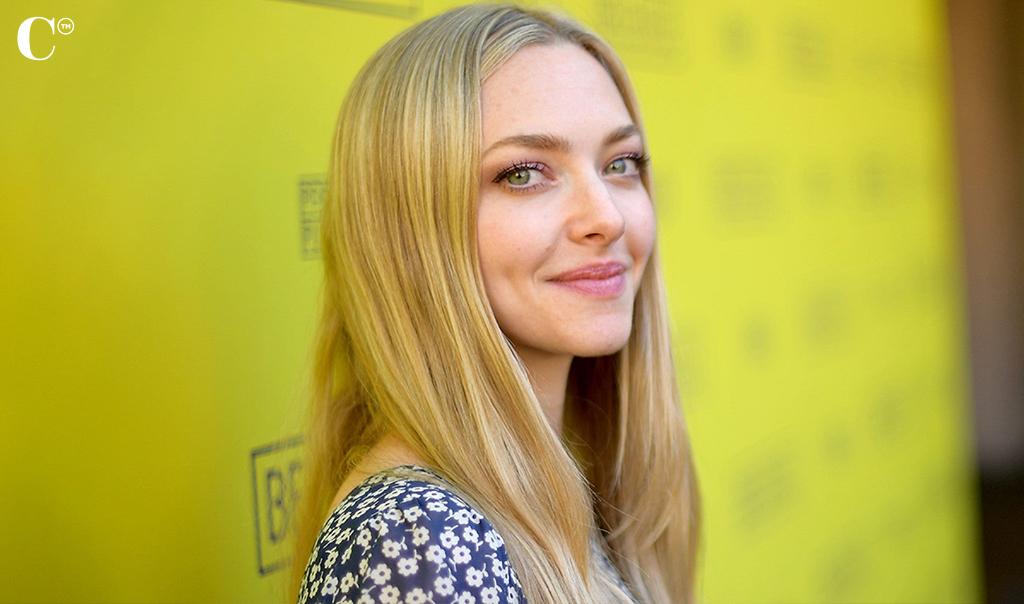 Seyfried may always be Karen Smith in fans’ hearts, but that didn’t stop her from accomplishing a lot! After Mean Girls, she acted in Wildfire, Veronica Mars, Mamma Mia!, Jennifer’s Body, Dear John, Letters to Juliet, Red Riding Hood, Big Love, Gone, Les Misérables, The Big Wedding, Pan, Love the Coopers, Scoob! and more. Yeah, the list seriously goes on and on! She’s also got two new movies in the works — Things Heard & Seen and A Mouthful of Air — so keep your eyes peeled for her. As for her love life, the blonde beauty married her The Last Word costar Thomas Sadoski in March 2017. They share two kids together — a daughter and a son.

What Is Jonathan Bennett Doing Now? 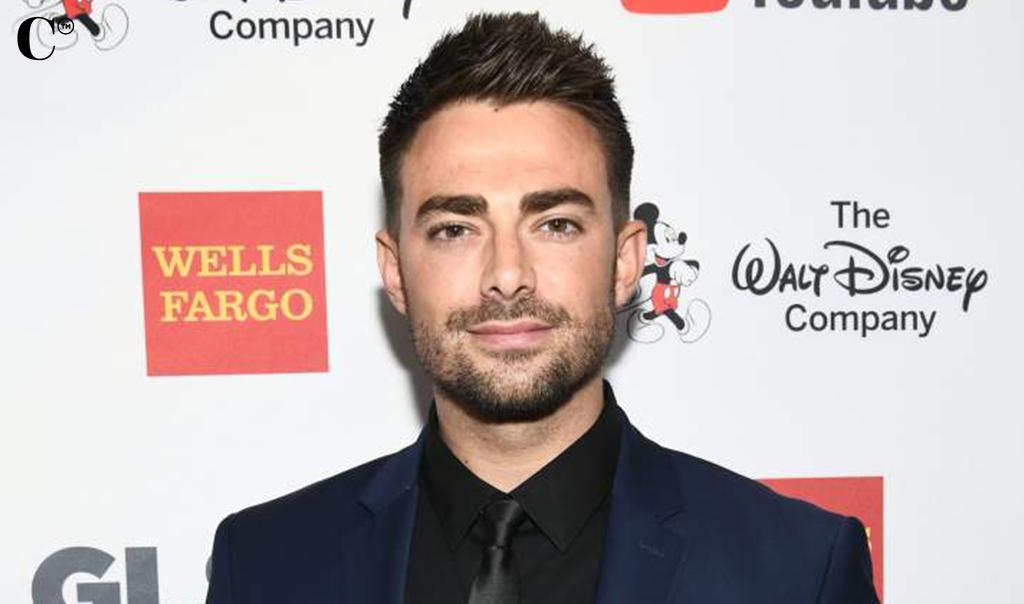 Boy, has Bennett come a long way since Mean Girls. He went on to star in Cheaper by the Dozen 2, Lovewrecked, The Assistants, Memorial Day, Music High, Divorce Invitation, Pawn, Anything Is Possible, Sweet Surrender, Romantically Speaking, Awkward., Submerged, The Haunting of Sharon Tate and more. He also competed on the 19th season of Dancing with the Stars, where he came in ninth place. Plus, from 2015 to 2017, the actor hosted the Food Network cooking competition show Cake Wars. He is currently dating Amazing Race contestant Jaymes Vaughan.

What Is Lizzy Caplan Doing Now? 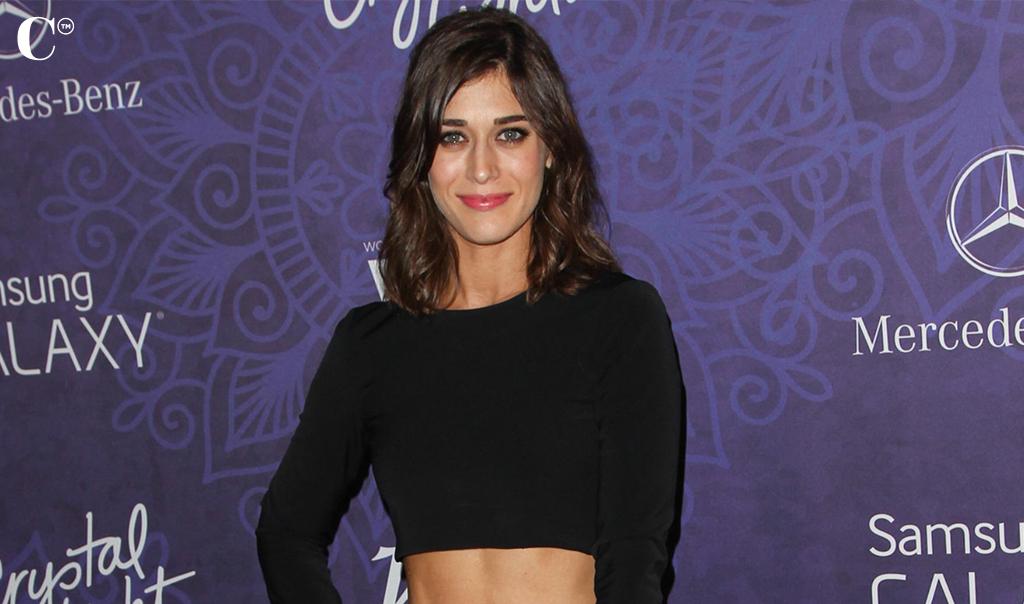 What Is Daniel Franzese Doing Now? 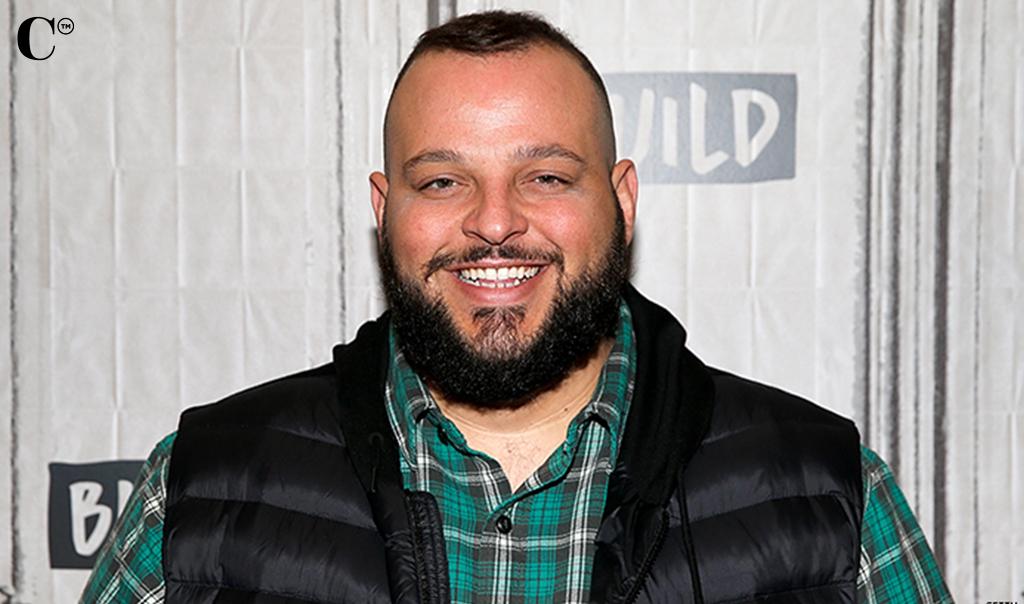 Remember Damien in Mean Girls? The actor behind the role went on to star in War of the Worlds, Cruel World, Killer Pad, Kill Theory, The Missing Person, On the Inside, Electric City, Looking, Recovery Road, Conviction and more. He also has written, directed and performed several live comedy productions. He even went on his own stand up comedy tour, called YASS You’re Amazing! In 2016, Franzese proposed to his boyfriend of two years, stylist Joseph Bradley Phillips, but they split two years later.